With Disney’s 2013 D23 Expo only 23 days away, rumors are swirling as to what will be announced at the Expo. Since the announcements tend to leak out a few weeks before they’re actually made, I thought I’d jump out ahead of any potential weeks and place our “bets” now while rumors are still just
Read More 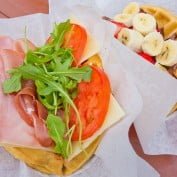 I’ve long rallied against the notion that food at Walt Disney World and Disneyland consists of “only burgers, hot dogs, and other fast food” of that ilk. I shared some of my favorite unique counter service options in a “Beyond Burgers” article here this summer, and urged a non-Disney fan audience to reconsider preconceptions about
Read More 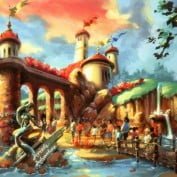 Since even before its announcement back in 2009 at the D23 Expo, New Fantasyland has been a divisive subject for the Disney fan community. (Then again, everything from refillable mugs to pool-hopping are divisive subjects, so that’s not saying a whole lot. Disney fans love to bicker!) Some have lamented its lack of a substantive
Read More