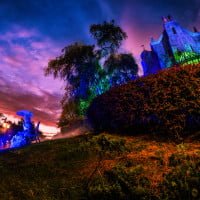 Boo (to you)! I’m back with another “Scenes from Disney Parks,” this time with a set of new photos that I recently shot during Halloween in the Magic Kingdom, including during Mickey’s Not So Scary Halloween Party. It’s been a busy week, so I haven’t had a chance to share many of my Halloween photos
Read More 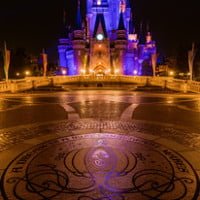 Disney’s castles may not be as grandiose and historically significant as the “real” castles in Europe…but the ones in Europe aren’t surrounded by theme parks, so I’d say advantage: Disney. All castles, however, are surrounded by fantasy lands…because only the kind of person who is a bit ‘removed from reality’ builds themselves a castle to
Read More 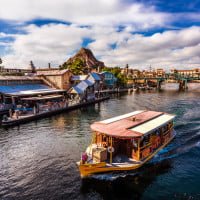 On September 4, 2001, Tokyo DisneySea had its grand opening. Like EPCOT Center before it, DisneySea demonstrated the quality and ambition possible in a second gate. I’ve gushed over Tokyo DisneySea time and time again on this blog, repeatedly calling it the greatest theme park in the world. It’s hard for me to believe DisneySea
Read More 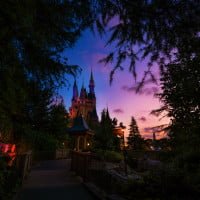 If I had to guess (and I do, because I can’t find a supporting source), I’d say Cinderella Castle is one of the most photographed structures in the world. I know it ranks right up there with Spaceship Earth for me as my “most photographed things.” Cinderella Castle wins the battle since it comes in
Read More
The spirit, the charm, the beauty of Disneyland is not found in its rides. Indiana Jones Adventure, Space Mountain, Haunted Mansion are all nothing in isolation. The magic of Disneyland is found in its quiet moments, its meticulous details layered on over the course of some 60 years, its people who work hard to make
Read More

Disneyland’s best attraction. Instagram’s top photo spot in the world. A trending topic on Twitter for a record 37,945 days. The sole subject of an upcoming edition of the Guinness Book of Records. Yes, of course I’m talking about The Goats of Disneyland. Officially, it’s known as The Goats of Disneyland Park® at the Disneyland
Read More
It’s been a while since my last ‘Scenes from the Disney Parks’ post, but one of my favorite songs started playing in iTunes the other day while I was editing photos, and this idea just struck me. The result is this set of photos and another advertisement post begging you all trying to convince you
Read More 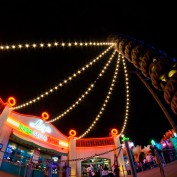 As Disney announced today that Luigi’s Flying Tires will close on February 16, 2015 to make way for a new attraction opening in 2016, we thought it would be fun to look back at this Cars Land attraction that hasn’t exactly been the most popular with guests, but is an attraction that we’ve loved. We’ll
Read More
Continuing the tradition of my year-end top 10 photos post, I wanted to share 10 of my favorite* Disney Parks photos from 2014. Normally, I share some thoughts about my growth and failings as a photographer in this year-end recap, but I already shared my thoughts at length on My 10 Favorite Non-Disney Photos of
Read More
Merry Christmas Eve! Hopefully you’re done with the hustle and bustle of Christmas shopping, present wrapping, making cookies, and are snuggled up at home by the fire watching The Muppet Christmas Carol. My plan for a quiet Christmas Eve calls for a traditional viewing of that (plus A Muppet Family Christmas, Emmet Otter’s Jug-Band Christmas,
Read More
Here’s another collection of Disney photos, this time featuring Walt Disney World’s Magic Kingdom at Christmas, including Mickey’s Very Merry Christmas Party photos. I said this set of photos was coming back in the last “Scenes from Disney Parks” in early November, but I guess I forgot. Christmas is always a “last minute” time of
Read More