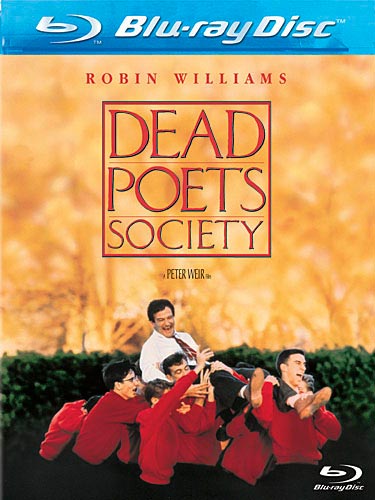 than this famous line. Dead Poets Society has long held a spot on my list of top films.

Dead Poets Society centers around Todd Anderson (Ethan Hawke) beginning his first year at a prestigious Welton Academy in 1959 Vermont in the shadow of his older brother, and his roommate Neil Perry (Robert Sean Leonard), who has his own issues with his controlling father. The expectations are that the two become a lawyer and a doctor, respectively, but each develop passion for the liberal arts. The film introduces them to Professor John Keating, an English teacher who encourages them to follow their passions (by seizing the carpe!) and challenge authority, chronicling their time at the Academy as they do just that.

The rich dialogue and the writing of the film are strong points of this emotional drama focusing on the pull between practically and idealism (screenwriter Tom Schulman won the 1989 Academy Award for Best Original Screenplay) and each character is decidedly three-dimensional. It doesn’t hurt that almost all of the performances in the film are near flawless. In a rare departure from his norm, Robin Williams’ acting is subtle and understated. He truly shines and demonstrates his versatility. Director Peter Weir does an amazing job bringing all of these components together, and the result is an exceptional film.

The HD transfer here is solid, with vibrant colors during the outdoor autumn scenes and well-rendered blacks throughout much of the rest of this somewhat dark film. Overall, the film has been cleaned up quite well, but there are some scenes that contain noticeable artifacting.

The audio here is presented in Disney’s DTS-HD Master Audio 5.1 surround. It sounds good, but this is certainly not a film to demonstrate the audio prowess of your home audio system. It’s a relatively quiet movie, and the audio tracks reflect that. This is hardly a fault of the Blu-ray–it’s just an inherent characteristic of the movie.

“Dead Poets: A Look Back,” explains what working with Weir was like from the perspectives of Kurtwood Smith, Ethan Hawke, and other cast members. “Raw Takes” replace deleted scenes, and there are a few of these outtakes. “Master of Sound” and “Cinematography Master Class,” round out the extras, and give insight into the audio and visual style of the film, which were both central to its success as a deeply emotional film.

While these extras are enjoyable, they’re nothing special, nor are they anything new. These were all included in the “Special Edition” DVD release from the late 1990s. In fact, there are actually a number of extras missing that have been included in other releases. Doing something new for the Blu-ray release and/or including all previously-released extras would have been nice, and suggests to me that this will be a prime candidate for future double-dipping.

If you don’t already own Dead Poets Society

and want to see it now, this is a good title to purchase. If you already own the DVD and are a super-fan of the film, buy Dead Poets Society Blu-ray

. If you’re a current owner or someone who is willing to wait for a more definitive release, I would hold off on purchasing. The audio and video are nice, but the full package is somewhat lacking.

If you’re planning on buying Dead Poets Society, please use the Amazon.com link below. Using the Amazon links here help support DisneyTouristBlog.com, and allow us to continue providing you mediocre (errr…”great”) content.