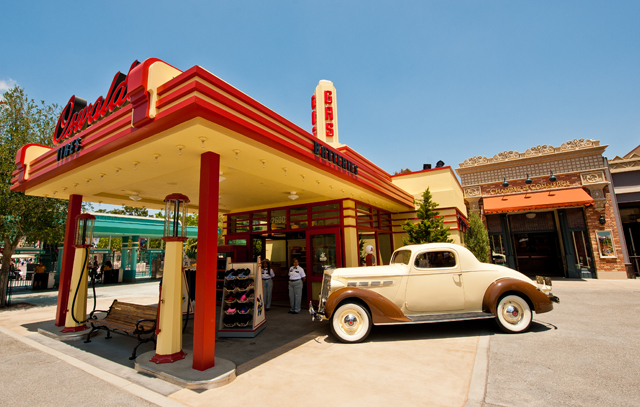 Given the time I’m going to spend fixating on the areas of Disney California Adventure that have room for improvement, it might be seen as me throwing a wet blanket on the fire around which everyone else is partying. My points should not be viewed as such at all–Disney California Adventure is now an excellent theme park, and the improvements Disney has made to Disneyland Resort’s second gate cannot be overstated. That said, these issues do add up and knock down the quality of the park as a whole just a bit. Here are my qualms with Disney California Adventure, and areas that could benefit from immediate fixes or another long-term “expansion.”

Starting with the newest area of the park, while largely excellent, Buena Vista Street feels just a bit flat in some places. Nighttime lighting is very subdued, interior props aren’t quite as rich and varied as you’d find on Main Street USA, some signage is underwhelming and bland, and the land overall feels almost like a 2012 reproduction of 1920s Los Angeles, rather than an authentic 1920s-era Los Angeles street. Although this list is long, the complaints on it are very insignificant and something most guests won’t notice. In most parts of Buena Vista Street these criticisms aren’t even valid–there are just some spots where things don’t feel quite as rich as they should (and perhaps Disney isn’t done plussing Buena Vista Street). Most people who ever set foot in Sunshine Plaza won’t notice this, they will simply be blown away by how much better Buena Vista Street looks than its predecessor! 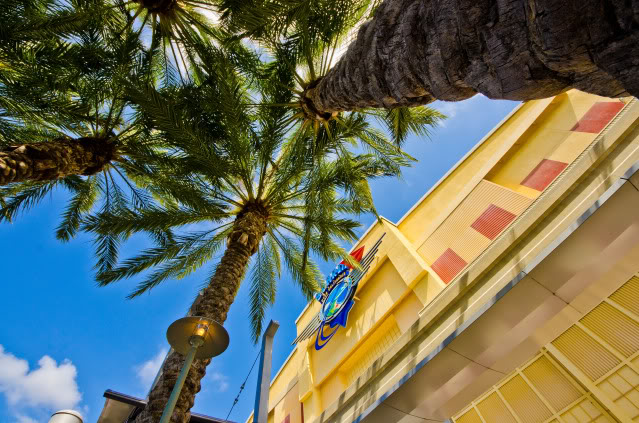 Grizzly Peak is another area that is largely good, save for some remnants of the 90s extreme sports theming. Similar to Condor Flats, I think the best course of action here is to continue giving Grizzly Peak a timeless appearance in line with a 1950s National Park. Most of the scenery in this land is already beautiful, so it’s just a matter of fleshing out the attraction lineup. While I think the Redwood Creek Challenge Trail is an incredibly well-done play area, it has a rather large footprint that probably could be better used on a new attraction. What, exactly, I’m unsure, but I’d love to see a well-done family dark ride allowing guests to board a 1955 Pontiac Station Wagon and drive through vignettes of places inspired by California’s National Parks (while offering enough of a ‘hook’ to differentiate the attraction from what Californians could experience by visiting the real things). 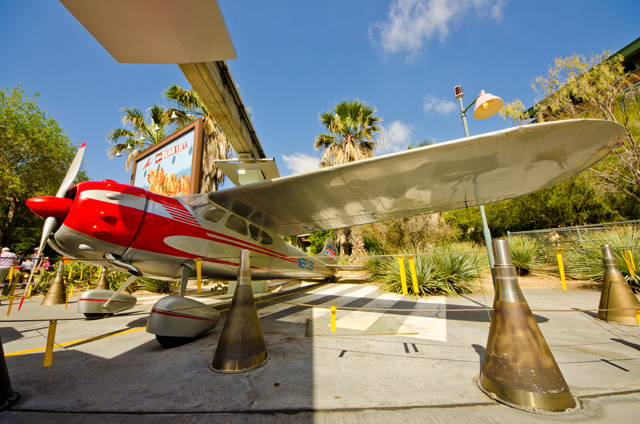 Although Condor Flats, Grizzly Peak, and Pacific Wharf are the only three sub-lands (now lands) that remain of the original Golden State area in Disney California Adventure, there are several orphaned remnants of the original sub-lands that are ostensibly in other lands, but are actually in no man’s land. The Golden Vine Winery (including Blue Sky Cellar) and San Francisco Street are the biggest offenders, and as currently themed, don’t fit in any of the existing lands. There really is no logical way to retheme and shoehorn these areas into an existing land (unless Pacific Wharf is rethought and expanded, the most logical fit would seem to be Grizzly Peak, but that would make for a jarring transition between lands). Larger problems exist elsewhere, so giving these orphaned areas a temporary pass might be the best course of action.

The largest problems linger in Paradise Pier. Thanks to a number of changes, no longer can critics point to Paradise Pier with disdain as the land that exemplifies how Disney aimed low for Disney California Adventure. That said, Paradise Pier still features an off-the-shelf wild mouse ride in Goofy’s Sky School; thanks to its sky blue color it’s no longer as much of an eyesore as it once was, but it still doesn’t make sense thematically (a chicken farm on a pier?) and is a glaring example of how Disney originally built the park on the cheap in 2001. Continuing around that side of Paradise Pier, the new dining area is much nicer than its predecessors, but once you get past the elegant look of the buildings and the lush seating area, one wonders what distinguishes it from a nice food court at any local mall? It doesn’t have any character (not to be confused with Disney characters) or thematic richness. It’s just simply a nice place to eat with enjoyable live entertainment and pretty popcorn lights at night. It’s hardly a glaring problem, but overall, it’s bland. 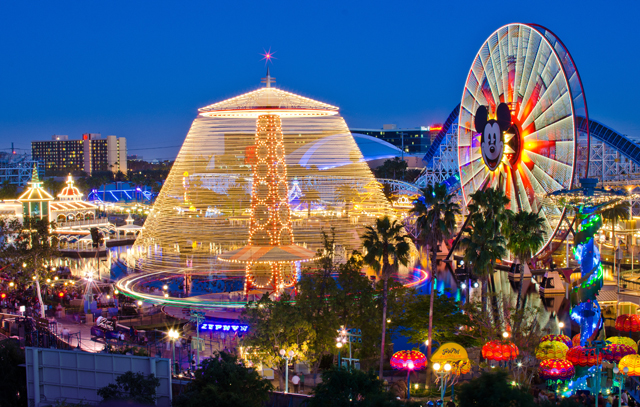 Whereas the Maliboomer was an eyesore from anywhere in the park, at least the former sight of the Maliboomer (now a “park”) is only an eyesore in its immediate area. Disney didn’t even bother removing the original queue and base of the Maliboomer, but opted to simply throw some shrubs and benches in the area, and call it a day. This has led fans to speculate that Disney didn’t want to do much here, because there will be future expansion in this area. Regardless of what might or might not happen here in the long term, more should have been done in the short term, as it is clear to even the casual guest that something was abandoned in this location. A new attraction here would be ideal, and would help draw crowds deeper into the park.

Other portions of Paradise Pier, including all of the shops in this area, which (wisely) had their signs replaced with signs that are (unwisely) overly-bland, and the unthemed queue of California Screamin’ are also begging for attention. Paradise Pier has exponentially improved from 2001 when it was a land of giant flying cheeseburgers and sunglasses-wearing dinosaurs, but it still lacks that inarticulable quality that makes the lands found in Disneyland special. 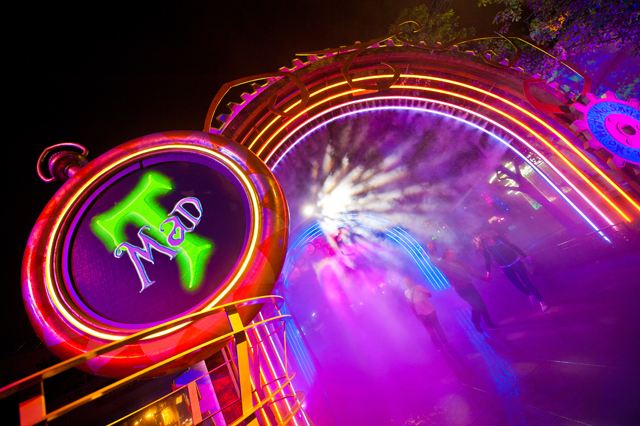 Hollywood Land is the other big offender, and its another land that sure has improved substantially since the days of Superstar Limo. Adjacent Buena Vista Street makes Hollywood Land look better as the latter transitions into the former, but the period-perfect theming of Buena Vista Street also accentuates the facades and signs in Hollywood Land that don’t fit. The issues here are as simple as the signage for Disney Jr. (why not switch it to classical black text theatre marquee, like Carthay Circle Theatre’s?) and Schmoozies, which somewhere escaped the knife when Disney set out to eradicate pun-based restaurants from Disney California Adventure. They’re also greater, including the empty soundstages and “temporary” infrastructure for the dance parties that after three iterations are now undoubtedly permanent. These hugely popular dance parties have a place in the park, but that place should not be on, over, and around existing theming. I can’t even remember when the last time the Sorcerer Mickey fountain was visible. Mid-2010?

The glorified and isolated food court that is Pacific Wharf and the quick-fix ‘a bug’s land’ also present areas for improvement, but their usefulness as a well-themed dining area and a large number of kiddie attractions (albeit it cheap ones) in two relatively small footprints, respectively, earns both areas a pass given that theme park budgets are finite and since there are bigger fish to fry in order to continue making Disney California Adventure a world class theme park. 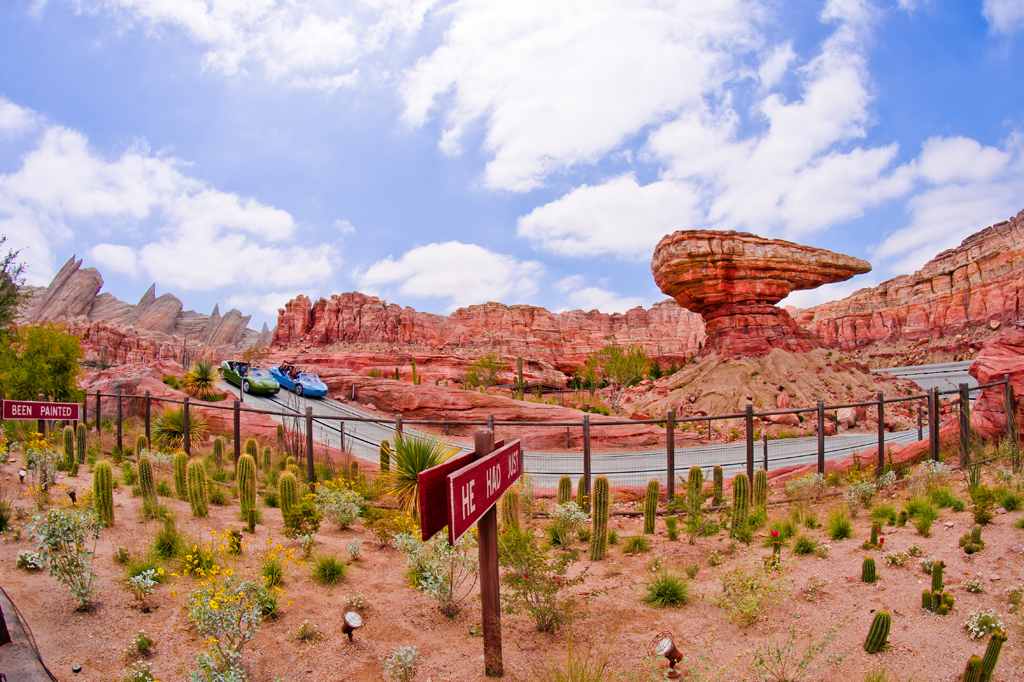 Overall, Disney California Adventure, as it presently stands, is what Disneyland Resort guests have been waiting on since 2001. The park in its current incarnation is a dramatic improvement upon what opened in 2001, with an impressive slate of attractions, some great theming, and one of the most immersive lands that Disney has ever built. All of these improvements add up to a second gate at Disneyland Resort that should make vacationers planning a Disney vacation give serious thought to not just Walt Disney World, but also Disneyland. The Disneyland Resort is firing on all cylinders right now, and just might be a better overall experience than Walt Disney World. There are some areas that could use improvement, and if Disney chooses to address even some of these issues, Disney California Adventure will cement Disneyland Resort as one of the top theme park destinations in the world.

What do you think of Disney California Adventure 2.0? If you haven’t yet experienced the “new” park, are you planning on visiting soon? Would you now take a trip to Disneyland Resort instead of Walt Disney World? Share your thoughts in the comments!