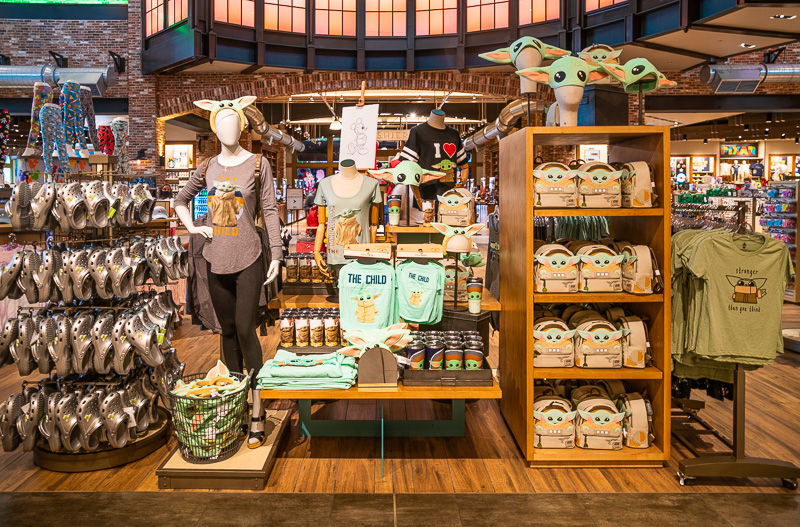 Disney Visa credit cards offer nice perks, special offers, and discounts (that we’ll discuss in detail below), which is the primary reason to get them. Even though we’re huge Disney fans, we don’t think either of the Disney Visas are good primary use credit cards. This is especially true if you’re looking to earn travel rewards to redeem on Walt Disney World, Disneyland, or other vacations. In that regard, these credit cards are pretty weak.

For maximizing your rewards, see our List of the Best Credit Cards for Disney Travel. These credit cards instead are solid secondary credit cards to have in your wallet or purse, mainly for the benefits. Just be mindful that both credit cards are issued by Chase and thus subject to the 5/24 rule. That means you won’t be approved if you’ve opened five or more personal credit cards from any issuer within the past 24 months. With that out of the way, let’s compare and contrast the two Disney Visa credit cards…

There are a few differences between the regular Disney Visa credit card and the Disney Premier Visa credit card, but the primary one is that the Rewards card has no annual fee and offers 1% rewards. The Disney Premier Visa has a $49 annual fee, but offers 2% rewards at gas stations, grocery stores, restaurants, and most Disney locations, and 1% everywhere else. (These are the only two credit cards that Disney currently offers, although there is also a Disney Chase Debit Card.)

Otherwise, perks and access to special offers are totally identical. So the calculus as to which version you should get comes down to how long you expect to keep the credit card and how much you’ll use the Disney Premier credit card in the 2% categories. (Setting aside the sign-up bonus, the breakeven point on rewards is over $4,900 worth of purchases per year in the 2% categories.)

If you’re keeping the card for fewer than two years or longer but will hit the $4,900 threshold in years 3 and beyond, you should probably get the Disney Premier Visa credit card because the extra 1% in rewards will exceed the $49 annual fee. I have only the regular version of the card because I’ve had it for approximately 15 years and only charge one recurring $14.99 per month charge to the credit card. As noted above, there are significantly better everyday use and travel credit cards; I have almost a dozen credit cards at any given moment, and use those instead of the Disney Visa.

The main reason we have and recommend the Disney Visa credit cards is access to the discounts and limited-time cardmember perks. Often, there are special room discounts available exclusively to Disney Visa cardholders. These are typically better than the rates offered to both Annual Passholders and Florida residents.

Right now, there’s a Half-Off Hotels at Walt Disney World Discount for Disney Visa Cardholders. This deal is available for travel dates beginning November 29, 2020 and running through February 28, 2021. The discounts really vary by resort and date. In our searches, we found rooms as much as 56% off Disney’s Contemporary Resort or Grand Floridian for holiday travel dates but “only” 44% off Coronado Springs. It should go without saying, but that’s a very good rate. 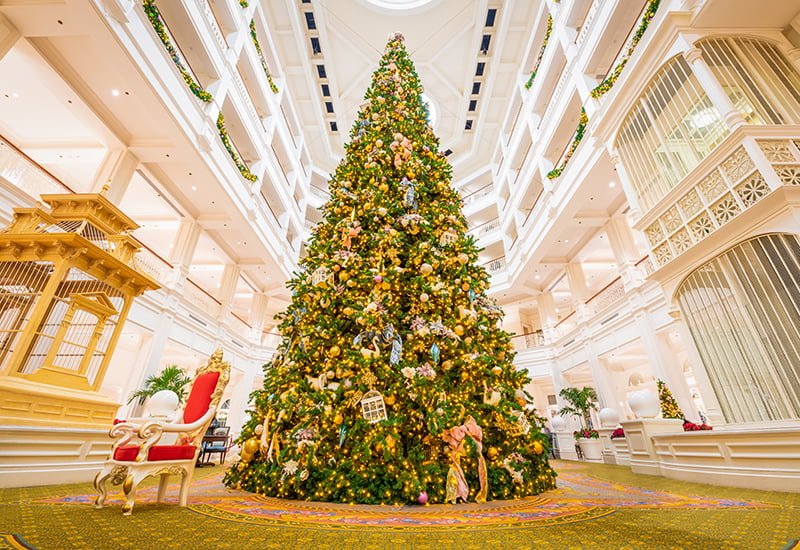 In fact, that’s such a good deal that if you’re traveling between now and February 2021, you might actually consider applying for a Disney Visa credit card just to take advantage of that deal. There’s no requirement that you were approved for the card prior to this deal going live.

The only requirements are that a Disney Visa Card or Disney Rewards Redemption Card be used to pay the deposit, meaning you need to have the card at the time of booking. Additionally, the offer is nontransferable, meaning that the Disney Visa Cardmember must stay in room to be eligible for the discount. So you could apply today and take advantage as soon as you receive your card. (If you’re not immediately approved online, we recommend calling the application status or reconsideration line at 1-800-432-3117 to expedite the process.) 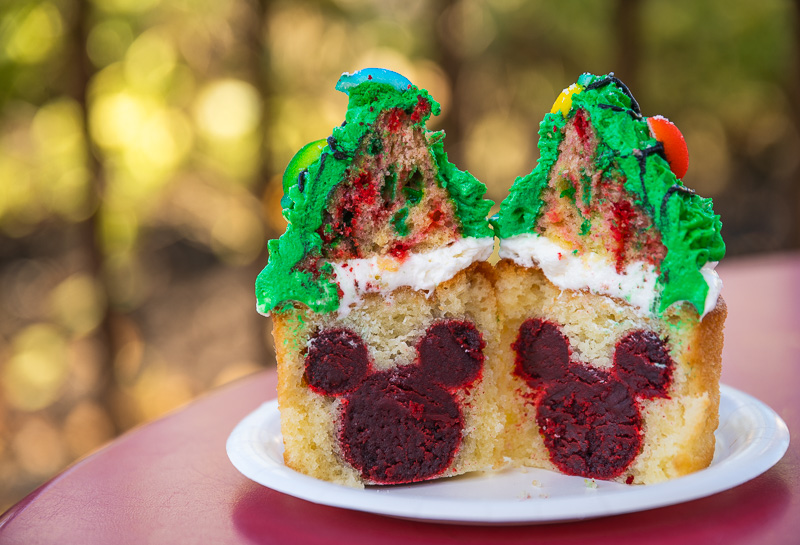 Normally, the biggest special offer that Disney Visa credit cardmembers are eligible for revolves around the popular Free Disney Dining Plan promotion. For the past three years, Disney Visa cardholders have received an extended selection of dates to book the Free Dining Plan deal at Walt Disney World, with extra dates.

Last year, there was a “second chance” window for booking select dates of the promotion that was exclusive to Disney Visa Cardmembers. We’re not positive of what to expect for 2021 (we do anticipate that Free Dining will return), but it’s likely the same will occur again with extra dates in August 2021, an earlier booking window, or a second chance offer. This is potentially a huge perk if you’re able to take advantage.

One way or another, we’re expecting a lot more targeted discounts for Walt Disney World in 2021. The frequency and quality of such deals has increased in the months since Walt Disney World began its phased reopening, and we expect more of that throughout next year as more hotels continue to reopen. Along with Annual Passholders and Florida residents, Disney Visa cardmembers will be the main beneficiaries of these aggressive special offers.

Beyond Walt Disney Word, there are occasionally deals for Disneyland, Disney Cruise Line, and other Disney destinations. For travel dates January 4 — March 11, 2021, there’s also a special offer for Disney Visa cardmembers to save up to 30% on select rooms at Aulani, A Disney Resort & Spa in Hawaii plus a $75 Resort Credit per night.

The longer you stay, the more you save with this deal–3 night stays are eligible for 20%, 4 nights are eligible for 25% off, and 5 night or longer stays receive 30% off. Pretty good deal for cardholders wanting a winter escape to Hawaii! 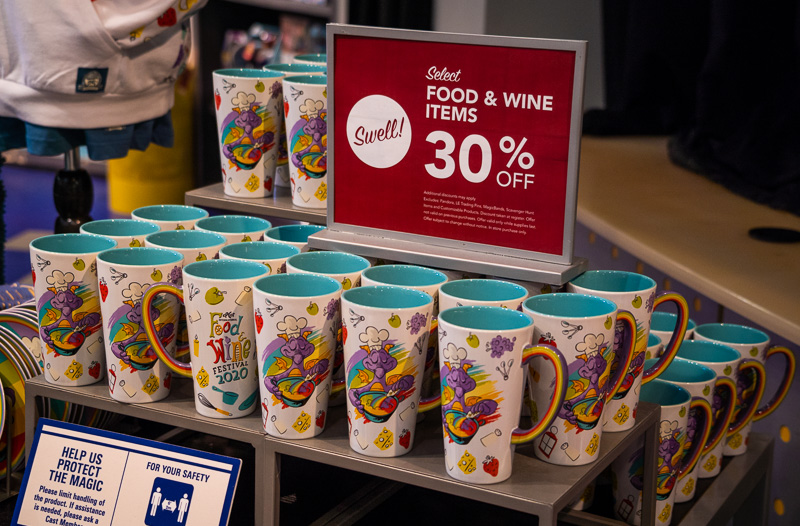 In addition to special offer eligibility, there are a range of discounts Disney Visa cardmembers are eligible to receive. Note that the vast majority of these are also available to debit cardholders, so if you don’t want the credit card (or can’t get it due to the 5/24 rule), that’s something to consider.

Here are the discounts:

Here are other non-discount perks:

Note that some/many of these perks are temporarily unavailable right now as Disneyland is closed and Walt Disney World is still in the process of its phased reopening. We expect more normalcy beginning in Spring 2021 and beyond… 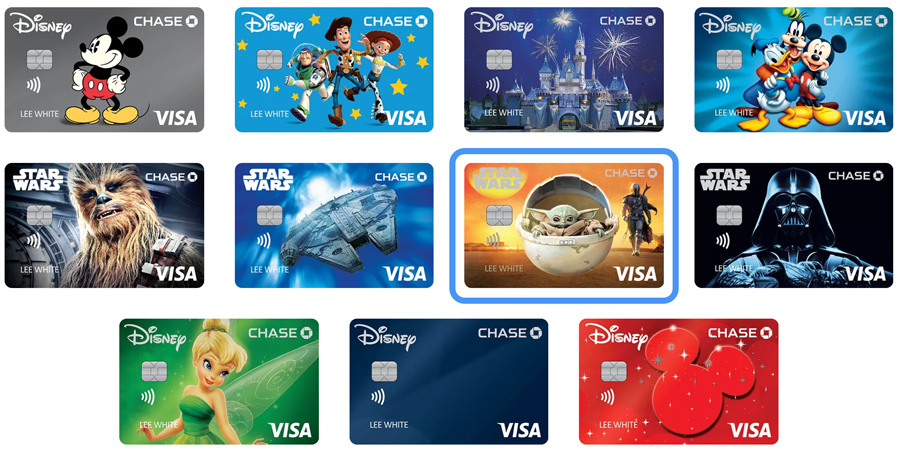 Additionally, it’s not a perk per se, but you can choose the design of your Disney Visa Credit Card from roughly a dozen different designs. It’s free and you can do so anytime. Plus, all Disney Visa Cards are now contactless and enabled for tap-to-pay. 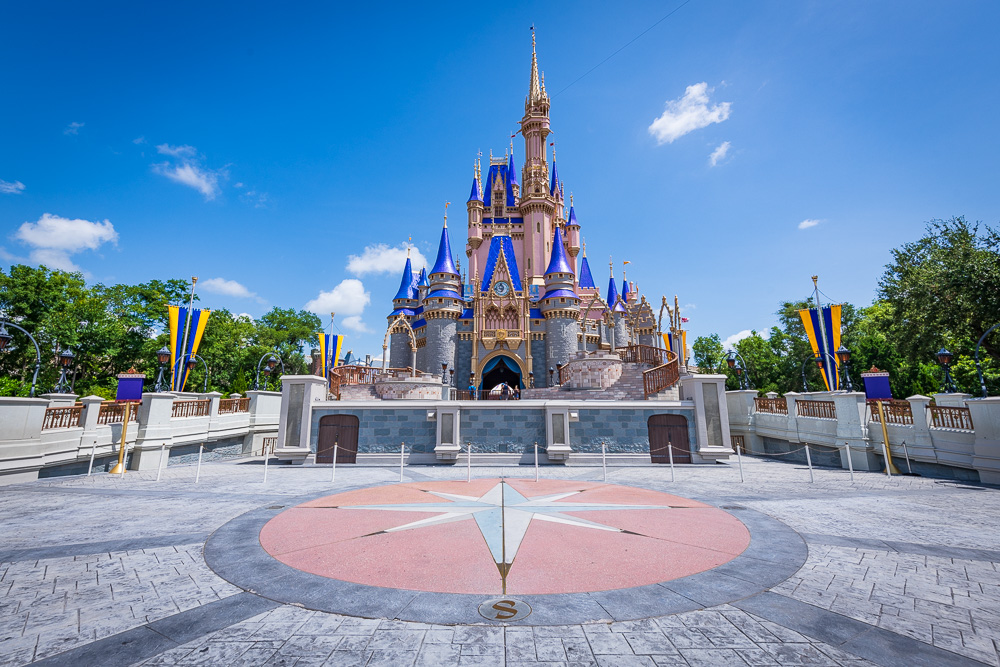 For a while, three or four times a year we would receive notices via US mail or email that we could receive 3X or 5X rewards for certain purchase categories, such as gasoline, dining, or groceries if we spent over a certain amount of money per month. Sometimes, the thresholds were set sufficiently high that we would have had to spend more money than normal to reach them. Other times, the thresholds were quite low.

We most recently received one of these two summers ago. If we used the Disney Visa Card to pay eligible utility bills, we’d earn 4% on those bills through August 31, for a maximum of $500 rewards back. Not too shabby. 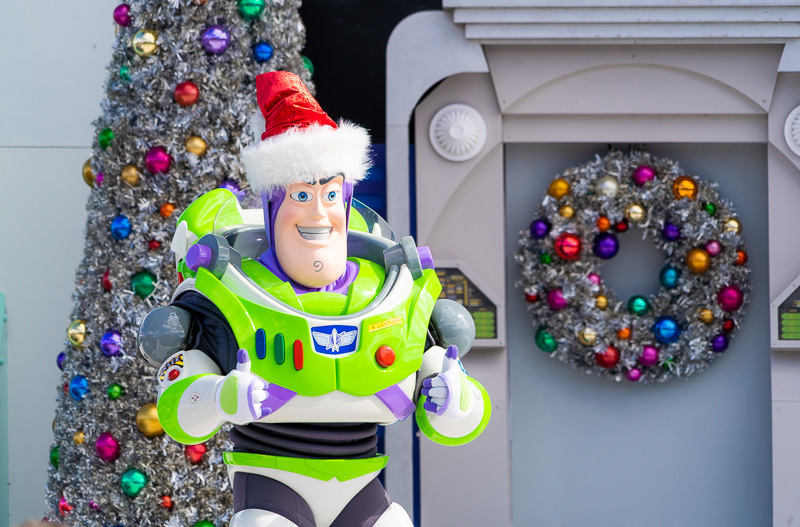 The decision to open a new line of credit should not be taken lightly, and certainly shouldn’t be made on the basis of whether you will receive a “cute piece of plastic with a castle on it.” Opening a new credit card will have a negative short-term impact on your credit score, and poor credit card management can have disastrous results.

Using credit cards to earn rewards is only a pragmatic strategy if you can and will pay the balance of the card off in full each month. Otherwise, interest rates fully negate any benefit you may accrue from the card. However, I’m not here to lecture anyone, so I’ll cut to the chase regarding whether I think the Disney Chase Visa credit cards are worth having. 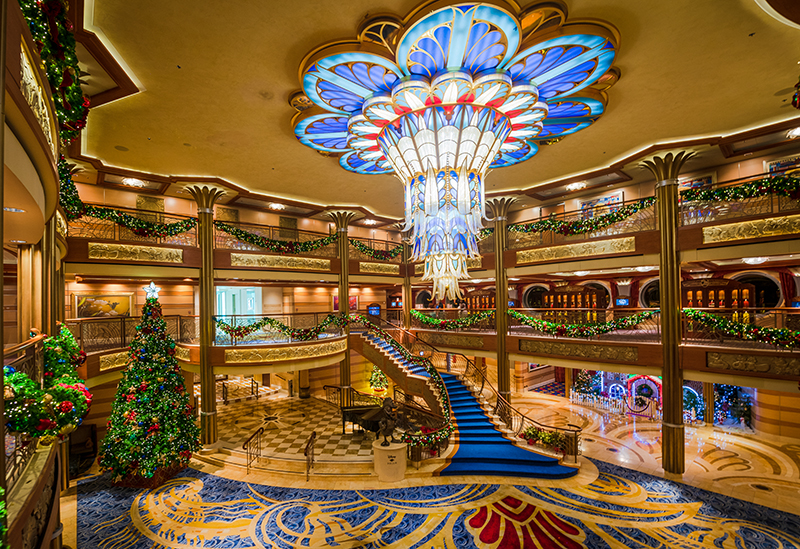 Unlike cashback credit cards or those with more flexible rewards, with the Disney Visa credit cards, you can redeem these Reward Dollars only for purchases you make at the theme parks, on Disney Cruise Line, or various other locations like the Disney Store or shopDisney.com. With the Premier card only, you can redeem Reward Dollars for airline tickets in the form of a statement credit.

When it comes to reward dollars, the Disney Visas are not good credit cards for primary use. Almost anyone with a reasonable credit score is eligible for cards that offer better returns, and are less restrictive on where you can spend the rewards. There’s allure in pulling out a cool Disney card to pay for purchases and in having part of your Disney vacation “free” thanks to these rewards. 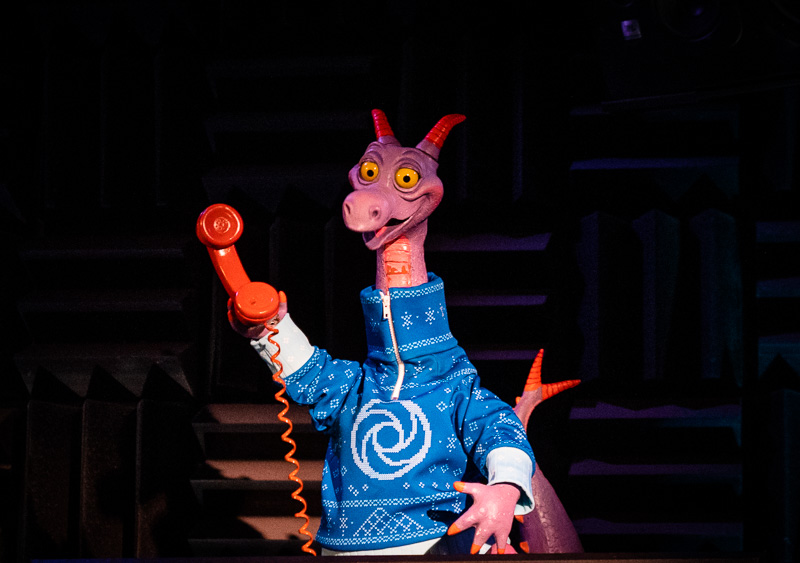 However, what’s the difference between reward dollars specifically reserved for Disney and reward dollars that are usable elsewhere? If I get another card that offers rewards at Lowe’s at a rate of 2%, every $50 I could have earned in rewards by using the Disney Visa will be $100 at Lowe’s. Since I shop at Lowe’s anyway, I can set aside the $100 I would have paid in cash at Lowe’s in a “Disney fund.”

$100 for your Disney trip certainly should sound more appealing than $50 for your Disney trip, even if the $50 is on a “special” Disney card. My point here is that you shouldn’t let the psychology of the Disney Reward Dollars being “reserved” for Disney make the card overly-appealing. It can be a good credit card for Disney or for travel, but it’s not the end-all, be-all of credit cards. 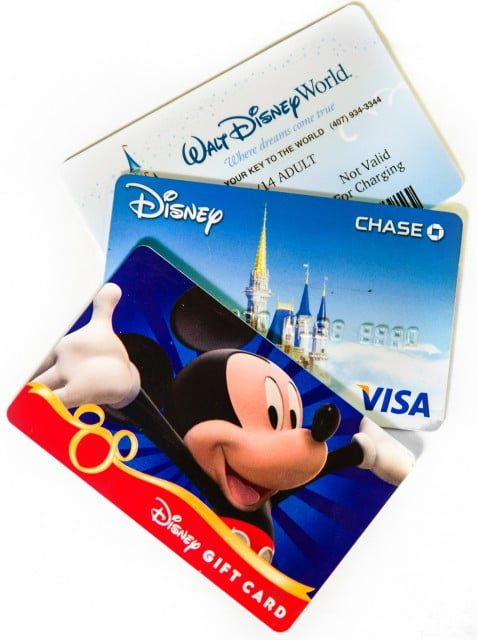 This does not mean that you shouldn’t get a Disney Visa card. The Disney Visa credit cards are great secondary or specialized use credit cards, namely for those who are serious Disney fans. The real benefit of the Disney Visa is the the multitude of other perks. The discounts at the parks, the non-interest for 6 months on Disney trips, and character meet & greets all have their allure, as well.

Since we only hold the Disney Visa credit card for its other benefits and not rewards, we don’t have the Disney’s Premier Visa. However, we also usually have 8 credit cards between us, and we charge very little to our Disney Visa since we do most of our spending with better performing cards. If you don’t expect to have many credit cards and think you’ll be able to hit the $4,900 threshold on the Disney Visa, we’d recommend getting that card. 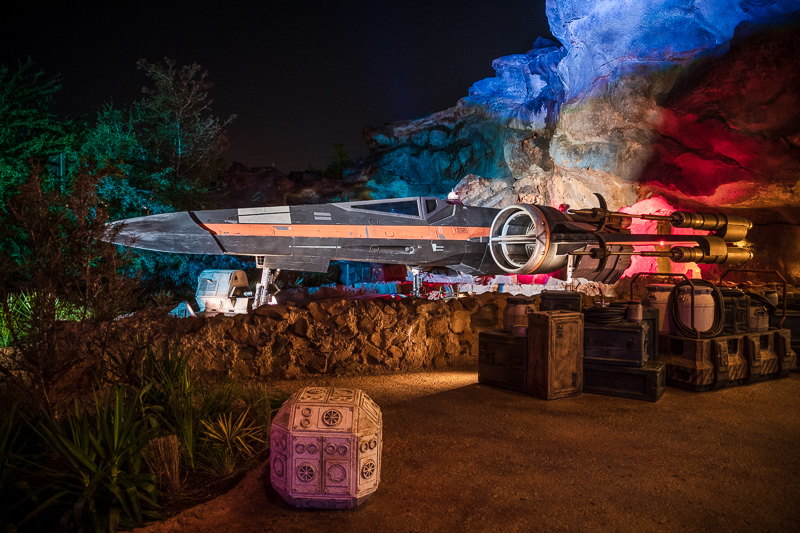 Overall, the Chase Disney Visa presents sufficient benefits for most hardcore Disney fans to justify having one. It shouldn’t be your primary credit card, though, but rather one you store away in your wallet to serve as an additional line of credit. For frequent visitors of Walt Disney World or Disneyland, the perks alone can justify holding onto one of these Disney credit cards, and fans of the popular Free Dining deal at WDW can find the Disney Visa invaluable when it comes to booking that promo.

Do you have a Disney Visa credit card? Which one, the Disney Rewards Visa or the Disney’s Premier Visa? Do you take advantage of the perks these credit cards offer at Walt Disney World or Disneyland? Agree or disagree with our advice and credit card recommendations? Any questions we can help you answer? Hearing your feedback–even when you disagree with us–is both interesting to us and helpful to other readers, so please share your thoughts below in the comments!