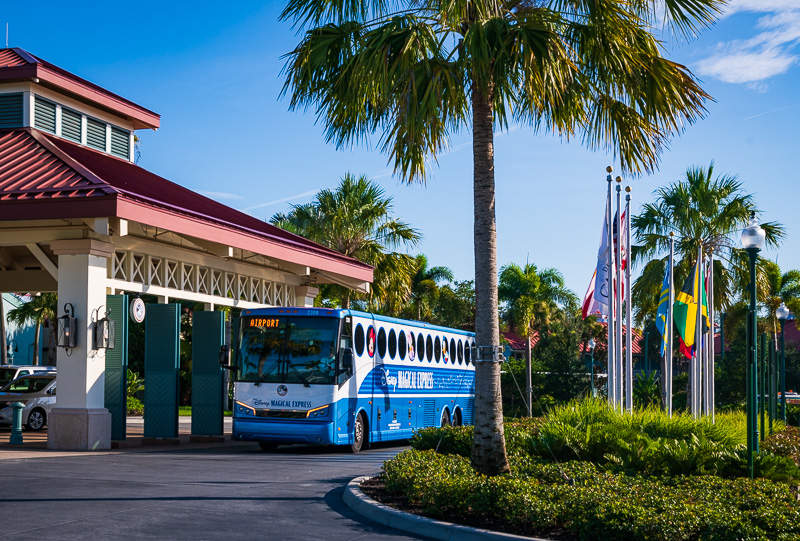 All of this is still top of mind for many Walt Disney World vacation planners, which is clear to us based on the number of questions we receive asking when the Disney Dining Plan, FastPass+, Extra Magic Hours, etc. will be brought back. In most cases, our expectation is that Walt Disney World will restore these things this spring and summer.

When it comes to resuming normalcy at Walt Disney World, it’s clear that this won’t be a simple matter of reverting to the status quo, pre-March of last year. Instead, Walt Disney World will use this period of abnormal to retire and transition away from various offerings to new things, and offer a “soft reset” on the guest experience. We now have our next glimpse of what that means for later in 2022…

Walt Disney World will end the Disney’s Magical Express service for airport transportation starting with arrivals on January 1, 2022. Disney has attributed this to the expansion of options for guests, including the rise of Uber and Lyft. “Vacationers have more options to choose from than ever for transportation, including ride-share services that save time and offer more flexibility to go where they want, when they want.”

Disney’s Magical Express will continue for arrivals and departures through 2021, but anyone planning a Walt Disney World vacation in 2022 will need to rent a car or plan on using Uber, Lyft, or whatever other options are out there. (Although not yet confirmed officially, it’s entirely possible that Minnie Vans have been permanently retired.)

Note that complimentary transportation options within Walt Disney World — such as buses, monorails, boats, and the Skyliner gondolas — will continue to be available without changes. This only impacts Disney’s Magical Express, the airport-to-hotel transportation service, and does not have any bearing on internal or resort-to-park transportation. 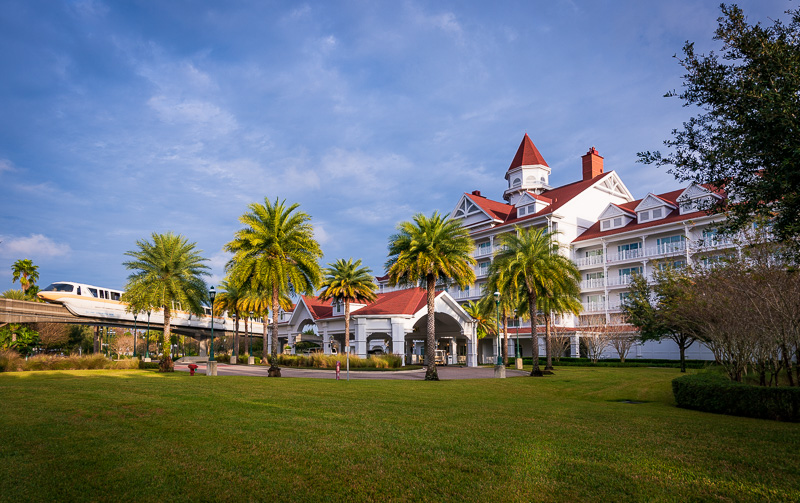 It’s worth noting here that the Disney’s Magical Express airport shuttle service is operated by Mears, not Disney itself. Mears is a transportation company with coach buses and taxis that enjoyed a virtual monopoly on the Orlando market for years…before Uber and Lyft debuted.

Last year, Mears furloughed 83% of its workforce and ended up permanently laying off nearly 200 workers. Even prior to that, the company had run into trouble–Mears has been extensively involved with ride-share lawsuits and other litigation over the past few years. 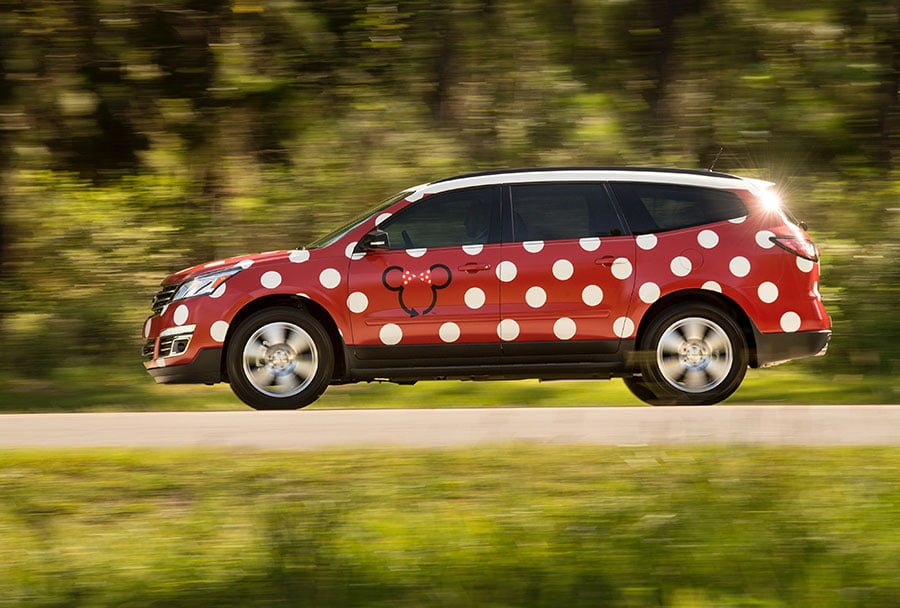 It’s also possible that the relationship between Disney and Mears soured when Minnie Vans were rolled out a couple of years ago. Up until that point, some guests were reticent to use Uber and Lyft due to horror stories, and still opted for the overpriced Mears taxis. From then on, Walt Disney World had a monopoly on overpriced private transportation–it made almost no sense to pay triple the price of ride-share for a taxi when Minnie Vans offered a more polished and “magical” experience.

This is all to say that there might be more to this story than meets the eye. Disney could see the writing on the wall for Mears, or the relationship between the two companies might’ve been irreparably damaged to the point that they could not negotiate a new contract once the current one ends. 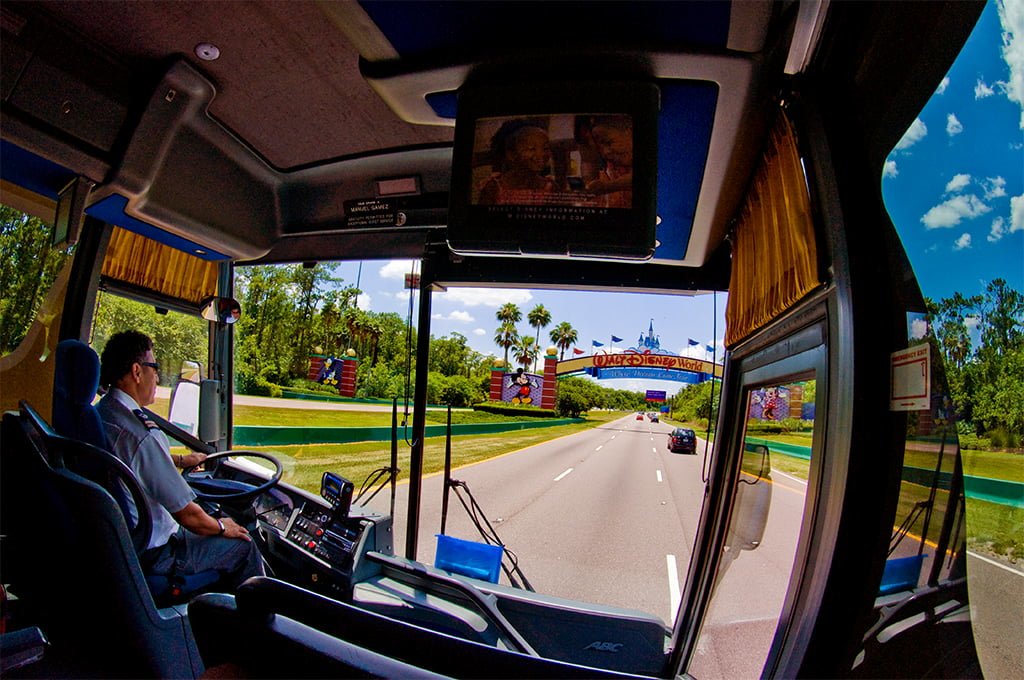 Basically, we have a tough time taking this cut at face value–or being entirely due to the reasons given by Disney. As discussed in our Guide to Disney’s Magical Express, the “free” service is incredibly valuable to Walt Disney World because it makes tourists a captive audience, less likely or able to dine off-site, visit other theme parks, or spend money elsewhere.

Long ago, Walt Disney World determined that the increase in average per guest spending with Disney’s Magical Express plus the perceived convenience and goodwill obtained from offering the service outweighs the average per guest cost of offering the service. It’s unlikely that has changed, especially as on-site food prices have increased and Central Florida theme park competition has become more fierce. 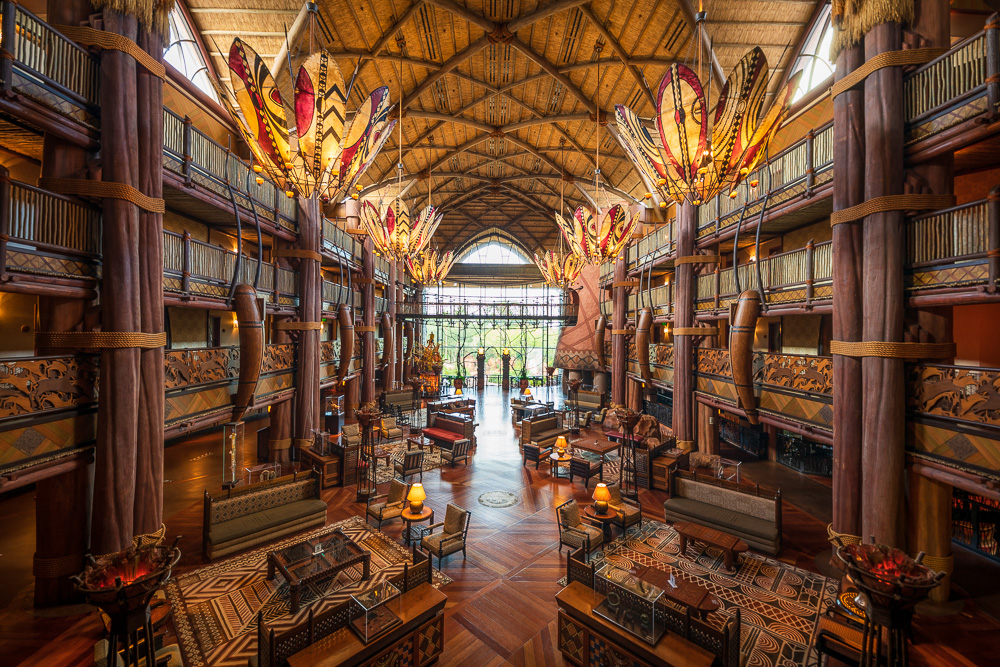 Beyond that, this change is being announced at a time when hotel occupancy at Walt Disney World is abysmal–and that’s even with several resorts still closed. With no convention business, minimal outside events, and a travel recovery expected to take until 2023, cutting Disney’s Magical Express will only exacerbate that problem.

We’ve been discussing Walt Disney World’s Disappearing On-Site Advantage for years now, and the elimination of Magical Express only makes that worse. The airport transportation service has been routinely cited by on-site advocates as one reason to still stay in a Disney-owned hotel. Uber and Lyft are great, and we’ve taken them instead of DME several times, but this is still a big blow for consumers. 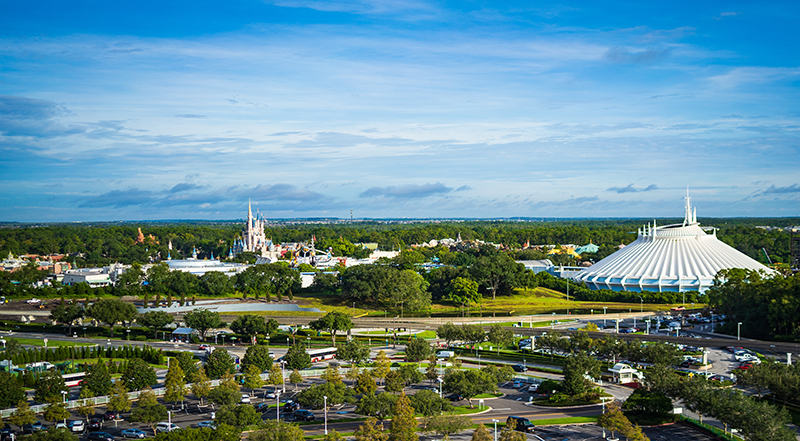 It’s also potentially going to be detrimental to Walt Disney World. We’re anticipating a ton of negative feedback about this change–likely on par with the addition of resort parking fees a few years ago. As with that change, we can’t help but wonder if Disney will come to regret this move as being one that pushes more guests off-site and ends up costing Disney money in the long run.

We’ve also long been asking Is Walt Disney World Eroding Fan Goodwill? with previous decisions like this. We maintain that they have, but the booming economy has insulated Disney from the negative short-term consequences of so many cuts and guest-unfriendly decisions. Unfortunately, the current hotel woes are pretty easy to hand-wave away given all that’s happening in the world. But we nevertheless question whether occupancy remains low even as park attendance is rising because more guests have already determined staying on-site is simply not worth it. 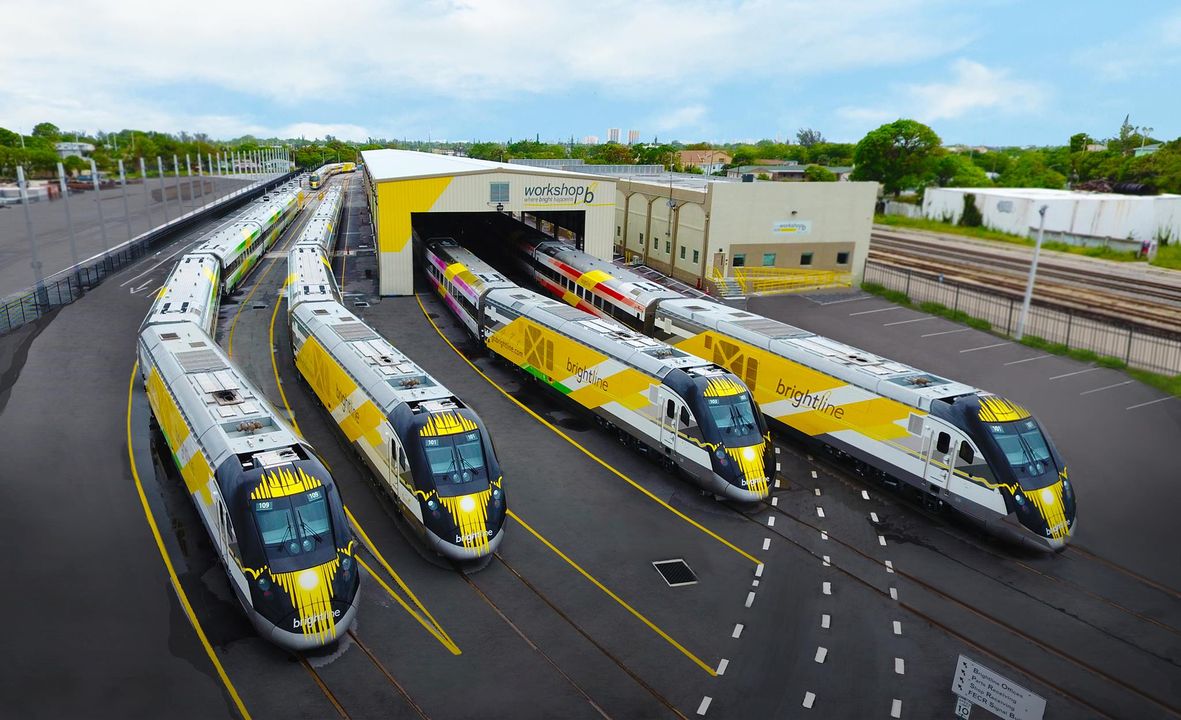 Finally, while some Walt Disney World fans might point to the Brightline train station at Disney Springs being the eventual replacement for Disney’s Magical Express, that’s still several years away. (The South Florida to MCO link has a scheduled 2022 opening date, but that does not include the Disney Springs station.)

Moreover, that route from the airport to hotels will be convoluted and time-consuming, so it’s not really a viable alternative. To the contrary, the whole reason the Brightline station is being built at Disney Springs instead of the more logical location by the ESPN Wide World of Sports is because Disney did not plan on the train serving as airport transportation for many guests.

We still would not be surprised if Walt Disney World announces a replacement for Disney’s Magical Express before 2022. This just seems like a really ill-advised and short-sighted decision. As discussed above, it’s also potentially a decision that’s out of their hands… 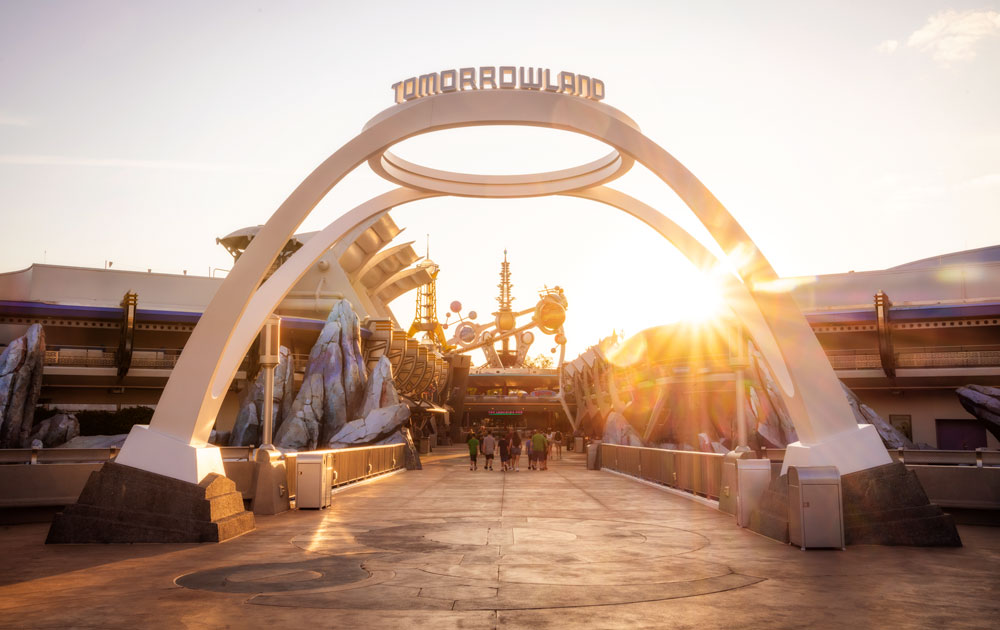 In other breaking news, Walt Disney World announced a permanent replacement for the temporarily-suspended Extra Magic Hours, and has confirmed that EMH will not return. Dubbed Early Theme Park Entry, the new perk will allow Walt Disney World resort guests to enter any of the four theme parks 30 minutes early each day.

Disney indicates that the new Early Theme Park Entry benefit helps better spread visitation across all four theme parks, while providing added flexibility by giving guests extra early park time on each day of their vacation and in the park of their choosing. Please note that guests need valid admission and a park reservation made via the Disney Park Pass system to enter a theme park.

The new Early Theme Park Entry offering will debut later in 2021 and will be promoted as part of Walt Disney World’s 50th Anniversary offerings. No specific start date has been provided; our assumption is that move is deliberate. Walt Disney World can hold off on rolling it out until hotel occupancy and attendance levels dictate, with the latest debut date being October 1, 2021. 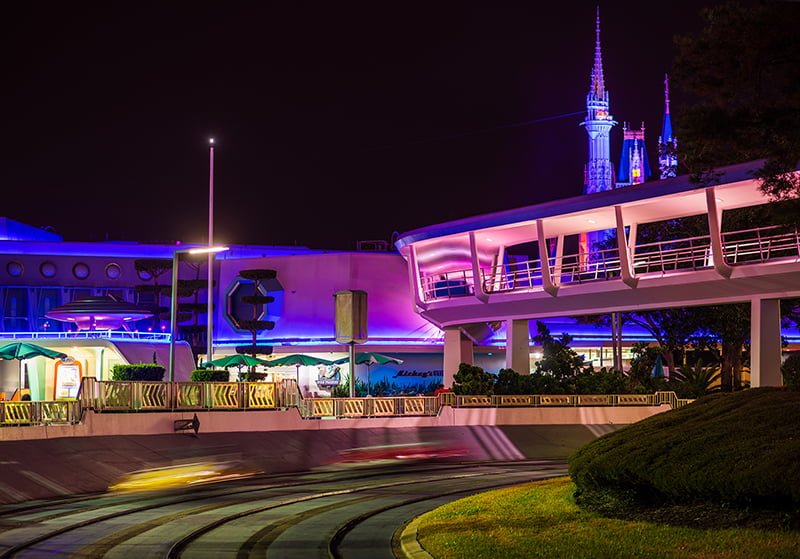 While we’re incredulous about the Disney’s Magical Express news, this announcement we do take at face value. In that same “Disappearing On-Site Advantage” article, we derided Extra Magic Hours as a mostly illusory benefit. Prior to the closure, we actively avoided Evening Extra Magic Hours due to the noticeable spike in crowds as compared to non-EMH evenings.

There are a number of reasons this has happened, but is primarily because the pool of Extra Magic Hours-eligible guests continues to increase. Walt Disney World has cut deals with third party hotels and also built several new Disney Vacation Club properties and otherwise added to its hotel room inventory. 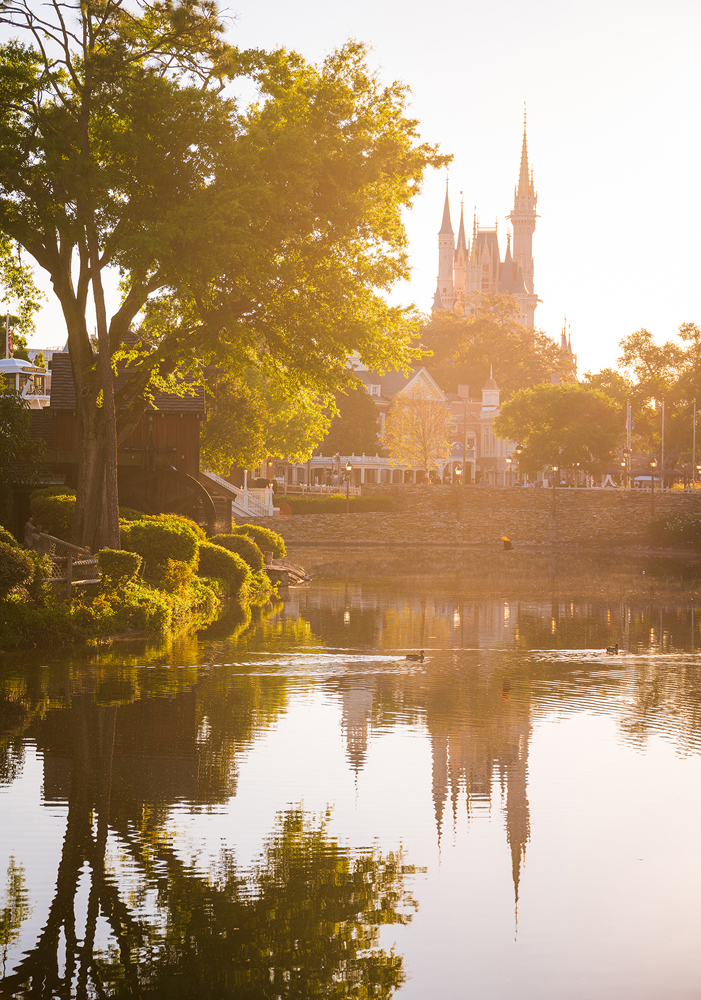 For us, the jury is still out on this new Early Theme Park Entry benefit. We have every reason to believe this will do a better job of spreading out crowds, and could end up being a net positive for guests. Thirty minutes per day is obviously less than than the previous hour, but it’s better than nothing.

There’s also the reality that 30 minutes times 4 parks is a total of 2 hours per day across all of Walt Disney World, which is a net gain as compared to Extra Magic Hours. Obviously, a single guest without the resources for time travel cannot take advantage of that 2 hours, but the point is that this may not be a simple cost-cutting measure by Disney.

It could end up giving on-site guests more time before the wave of crowds hit–or it could amount to being pretty similar to the current unpublished policy of quietly opening the turnstiles before official park opening time. We’ll withhold judgment on this one until experiencing it ourselves. 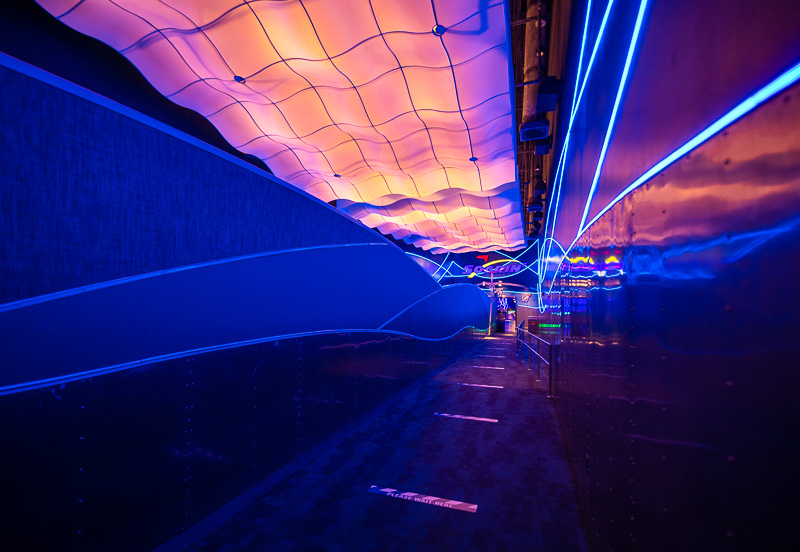 While the specifics here are not exactly what we anticipated, that Walt Disney World would choose now to make these announcements is not unsurprising. As we covered months ago in What Will Replace FastPass+ at Walt Disney World? we expected these “temporary suspensions” to be a natural transition to new systems.

Ultimately, we expect plenty more announcements in the coming months about other, similar changes. As discussed in that article, we’d be shocked to see FastPass+ return without any changes. We’re also expecting the Disney Dining Plan and other experiences will have modifications once they return later in 2021. Then there’s the potential transition from My Disney Experience to Disney Genie (or whatever it ends up being called) which is another can of worms. In short, brace yourself for plenty more changes announced between now and October 2021…

What do you think about Walt Disney World ending Disney’s Magical Express? Upset that you’ll have to rent a car or use Uber/Lyft, or did you find DME too inefficient, anyway? Thoughts on Early Theme Park Entry v. Extra Magic Hours? Disappointed that the amount of time is being cut, or optimistic that it’ll be less crowded during that time? Other thoughts on this? Any questions we can help you answer? Hearing your feedback–even when you disagree with us–is both interesting to us and helpful to other readers, so please share your thoughts below in the comments!