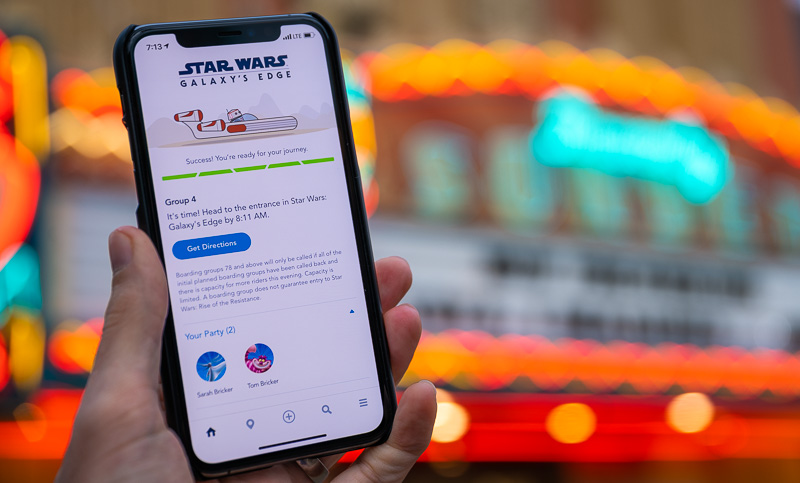 It’s time for another Walt Disney World news & rumor round-up, with a look at changes for the parks and beyond. This time, we have some virtual Imagineering fun, vanishing resort hotel and FastPass+ inventory, plus Disney+ info.

Let’s start with some newly-released “Disney Magic Moments,” which is a page Disney has set up to let fans experience the magic of Disney at home. Enjoy fun and interactive Disney, Pixar, Star Wars, Marvel, and National Geographic content for free with stories, videos, and activities to inspire imagination and discovery among kids, fans, and families alike.

A lot of this content is pretty good (the JAMMitors performance made us almost like we were rope-dropping Epcot!) and we aspire to using more of it at some point–especially the more ambitious recipes (that Blue Bayou Monte Cristo has my mouth watering!). Then there’s some Imagineering content, which has really that caught our eyes…

The highlight of this Disney Magic Moments at home content for theme park fans is going to be the “Journey into Imagineering Virtual Tour.” This three part series offers a rare inside look at the WDI spaces where innovation, science, and storytelling combine to bring popular attractions to life.

All three videos are well worth watching (part 1 and part 2), but the third installment–featuring the DISH (or Digital Immersive Showroom) is a highlight. The DISH is a tool that Imagineers use to pre-visualize Disney Parks experiences in a digital setting. This allows Imagineers to explore these spaces, enhancing and adjusting design, before physical construction begins. 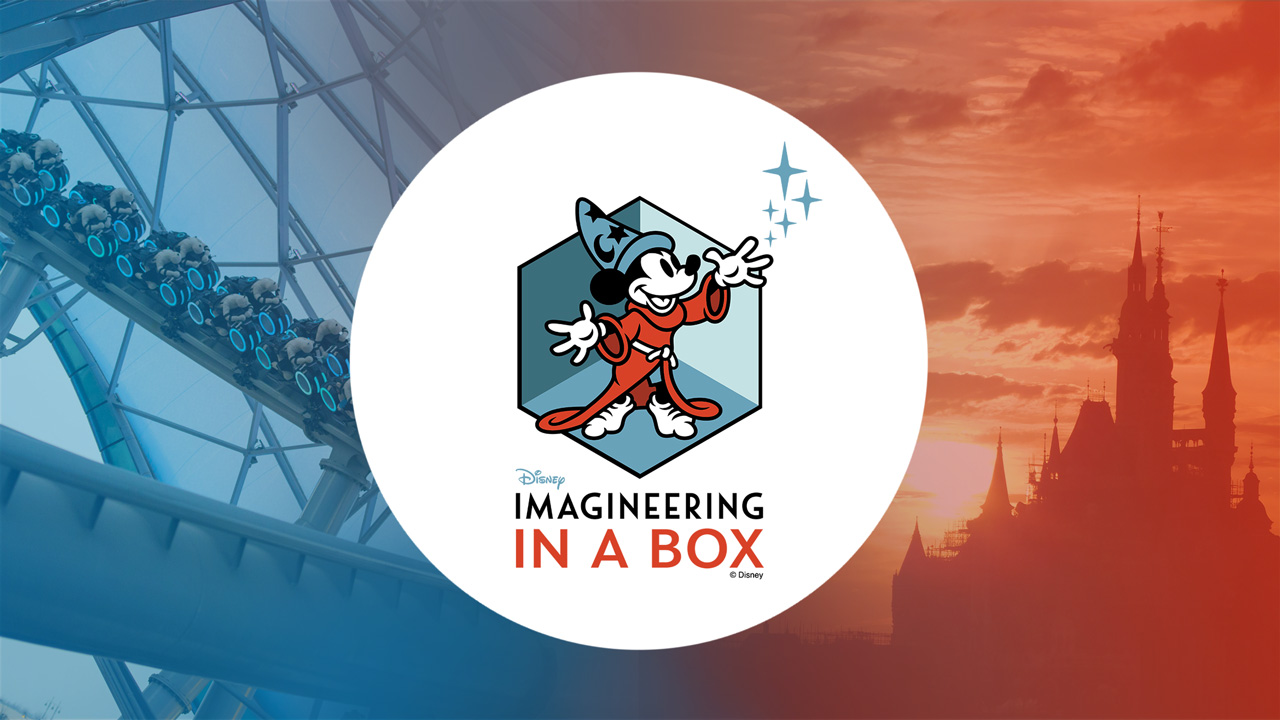 If you haven’t already, be sure to also check out “Imagineering in a Box,” another virtual learning experience from Walt Disney Imagineering. This free online program created in partnership with the Khan Academy and Pixar offers a series of interactive lessons in theme park design and engineering.

“Imagineering in a Box” is designed to give a behind-the-scenes peek into Imagineering’s development process. It combines 32 videos of actual Imagineers, real-world case studies, and plenty of interactive activities to give viewers the opportunity to dream and design your own theme park experiences.

Speaking of things to watch, Disney has announced details of a brand new series called Prop Culture, which is coming to Disney+ on May 1, 2020. Above is a new trailer for the series, which looks to be somewhat along the lines of Imagineering Story, but instead scouring the Walt Disney Archives to uncover some of its greatest treasures and see how those props shaped their famous films.

Each episode of Prop Culture will include interviews with the craftspeople who created the items, actors who interacted with them, and archivists who preserve them. Along the way, viewers will see items from Pirates of the Caribbean: The Curse of the Black Pearl, Mary Poppins, Tron, The Nightmare Before Christmas, The Muppet Movie, Who Framed Roger Rabbit, The Chronicles of Narnia: The Lion the Witch and the Wardrobe, and Honey, I Shrunk The Kids.

Disney+ has achieved another milestone, with 50 million paid subscribers globally within five months after its United States launch. Obviously, none of this is not Walt Disney World news–but with the Disney+ streaming service being one of the company’s few bright spots right now while theme parks, theatrical film releases, and ESPN all struggle, it’s nice to hear.

In terms of first year subscriber numbers, Disney+ has smashed all expectations. Some of this comes as little surprise given the current ‘stay at home’ circumstances, but even before this Disney+ was continually beating investor and industry expectations. So that’s certainly a plus. 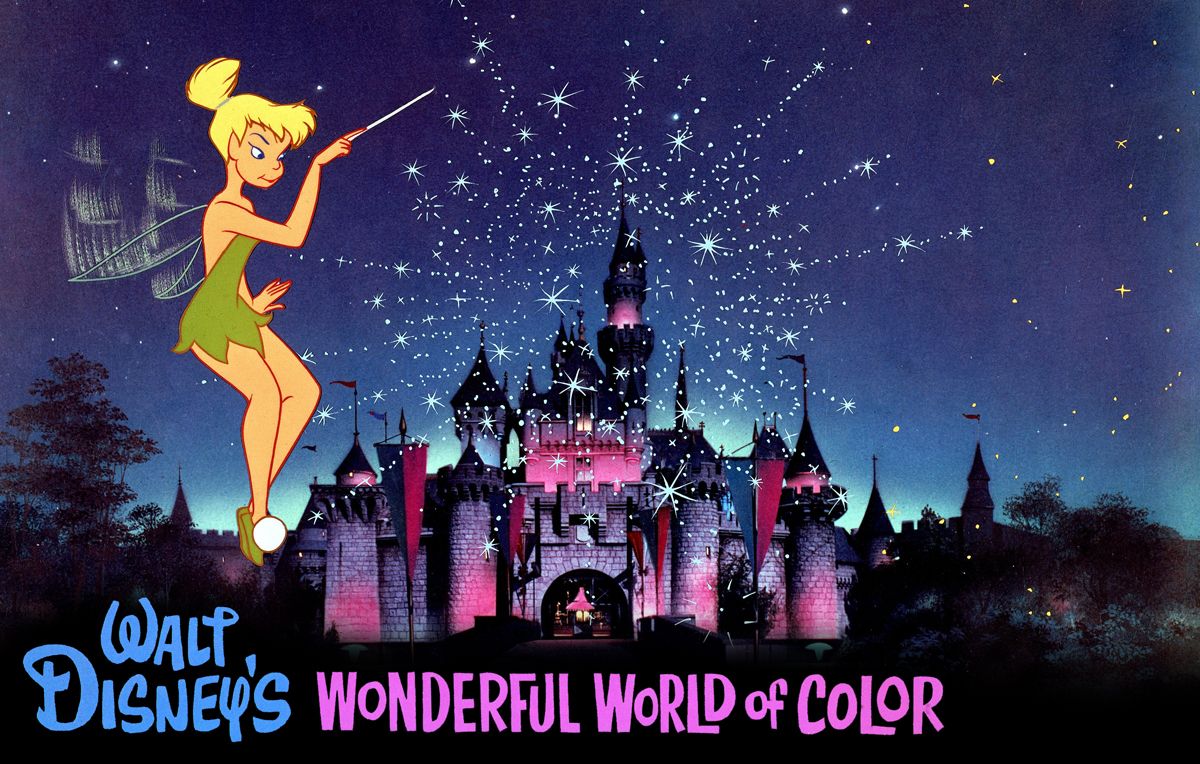 As good of news as this is, there are still questions about just how good the numbers really are. For one, Disney+ has offered aggressive discounting, justifiably targeting user acquisition and market share in the crowded streaming space. For another, retaining subscribers for the long-term will be key for Disney+ and that might be difficult.

We’ve already noticed a slow trickle of new top-tier content on Disney+ as compared to our other streaming services, a problem that could be exacerbated as many Hollywood productions have been shut down. This is probably insignificant for families that want to rewatch favorite films, but if Disney+ intends to be a streaming service with broad appeal, it needs to do more. (On a personal note, I’d settle for episodes of Walt Disney’s Wonderful World of Color and other theme park specials!) 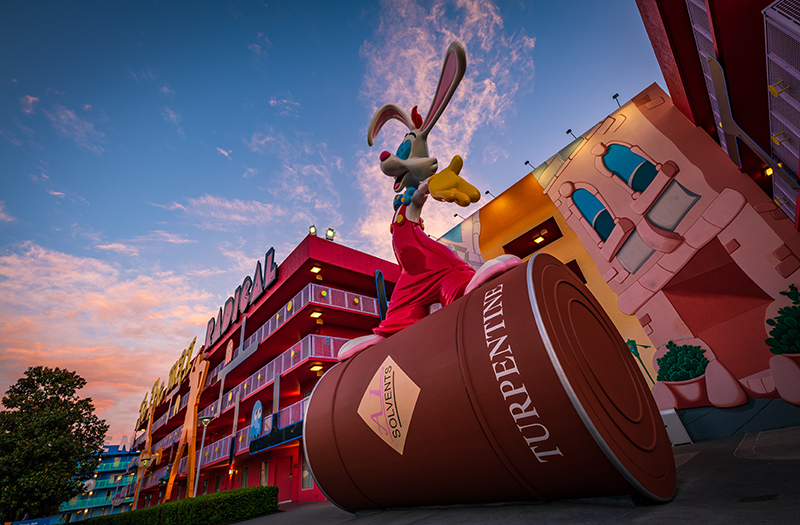 Finally, the curious case of vanishing resort hotel and FastPass+ inventory. This is something we started hearing about from readers in the comments about a week ago. We initially brushed it off, but questions and complaints have been growing, so we thought we should do some digging.

I spent a ton of time today doing a lot of searches on DisneyWorld.com and the My Disney Experience app for the “sake of research” (let’s be real–it’s not like I had anything better to do, so this was actually a fun way of passing the afternoon). From that, I have some thoughts about the sometimes limited options for both… 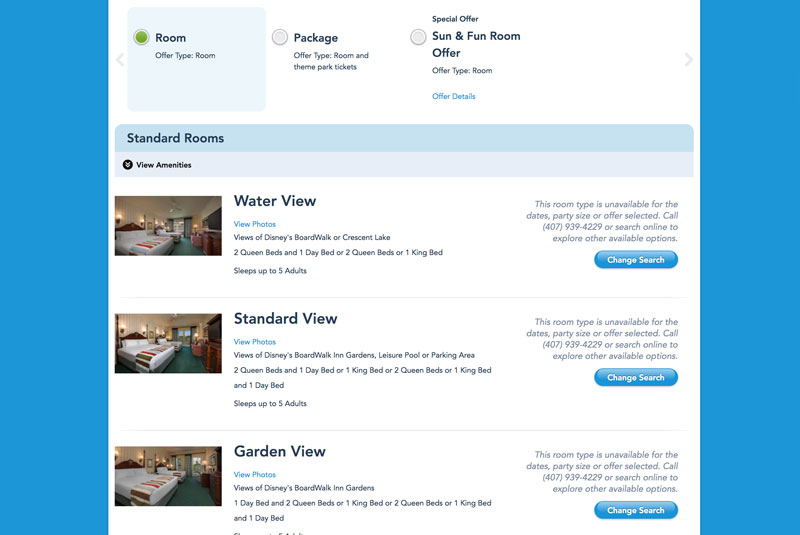 Quite simply, hotel inventory seems to be glitchy. In my dozen-plus searches, I found some resorts go from absolutely nothing for any type of rooms to total availability if I waited a few hours or switched from desktop to mobile (or vice-versa).

Almost all of my searches were for single-night stays in late August and September, on travel dates that I view as least likely to be busy. There were no ascertainable trends, and resorts/room categories were inexplicably unavailable, then available. (For what it’s worth, some room categories were consistently sold out–but the vast majority were not.) 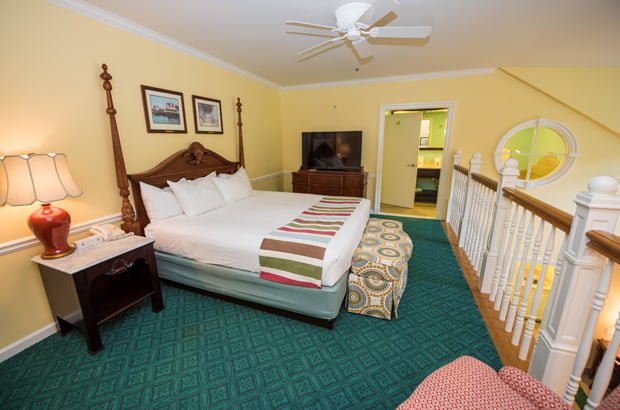 My advice to anyone having problems finding resort availability would be to try again later. I have a tough time believing that entire resorts are fully booked for the fall at this point. The better explanation is that Walt Disney World’s resort reservation system has always been glitchy, and that’s true even right now. That, or Disney is toying with resort inventory in real-time. Or both. (In other words: don’t freak out or overthink it.)

If you are very picky and the room category you must have actually is sold out, keep checking back. Cancellations are undoubtedly occurring right now at a higher level than normal, making it highly likely that whatever you’re after will become available at some point. 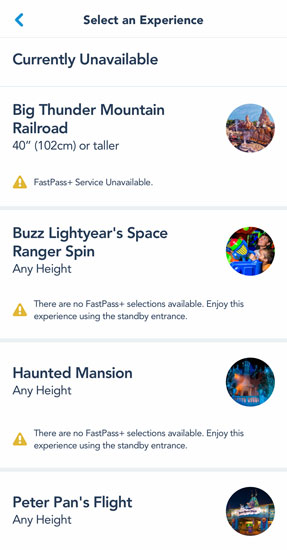 As for FastPass+ inventory, that’s a much more real issue. In my spot tests of availability, I found a number of attractions that were totally out of FastPass+ slots at and beyond the 60-day mark.

We’re not just talking headliners like Slinky Dog Dash, Avatar Flight of Passage, Seven Dwarfs Mine Train, or Mickey & Minnie’s Runaway Railway. Two full months in advance, there was nothing for the entirety of the Magic Kingdom Mountain Range, Mission Space, Alien Swirling Saucers, Kali River Rapids, and a number of other attractions that never go this quickly. Inside 60 days, there’s often nothing at Disney’s Hollywood Studios aside from MuppetVision and Star Tours! 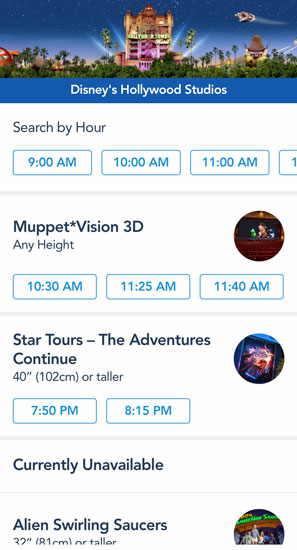 Keep in mind that the dates searched are for mid-June 2020, which would not otherwise see such inventory scarcity. (See our Summer Is Not Peak Season at Walt Disney World post.) Last year at this time, we had better luck inside a week than we’re having right now two months in advance.

In other words, this is not normal. Heck, it wouldn’t be normal for peak season! 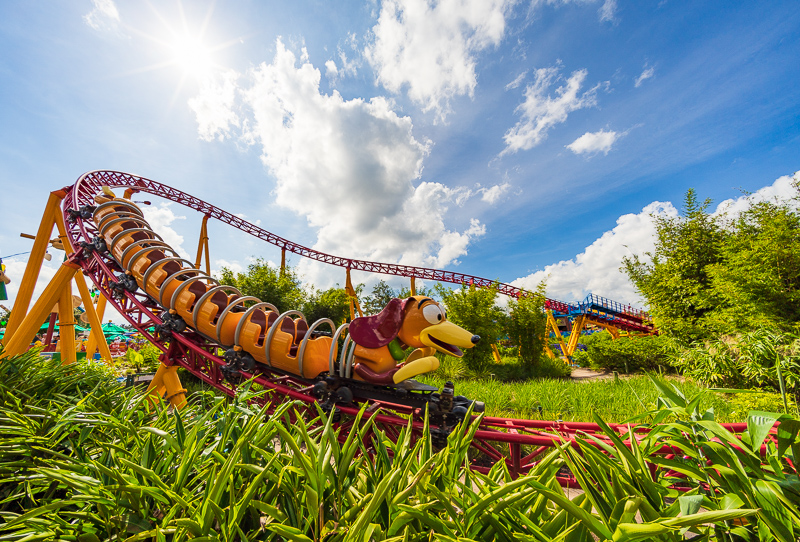 Now, you could surmise from this that I was wrong with my predictions of lower crowds in “How Bad Will Crowds Be at Walt Disney World After Reopening?” That’s certainly a possibility, and I’ll be the first to admit if/when I’m wrong.

However, I think the jury is still out on that. 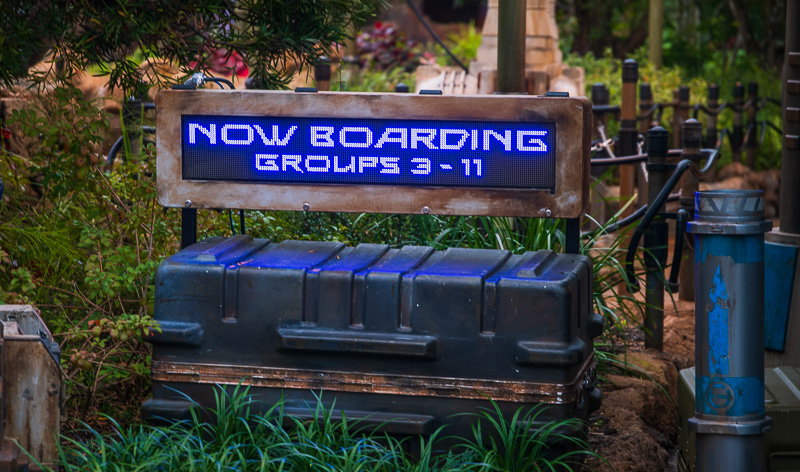 It’s much more likely that we’re seeing the first behind-the-scenes operational changes come into public view, some of which are discussed in our What Operational & Health Safety Changes Will Walt Disney World Make to Reopen?

If you don’t want to read all 2,000+ words of that, the pertinent possibilities here are virtual queues and/or reduced attraction capacity. Either or both are options that are on the table, and our money would be on Walt Disney World leadership starting to plan for the inevitable realities of operational changes upon reopening.

With that said, this doesn’t mean that Walt Disney World has already set any concrete plans into motion. It’s entirely possible that leaders have opted to reduce FastPass+ inventory to keep their options open as they determine next steps to take. (That’s what I’d put my money on here.) FastPass+ inventory dumps are actually really common, and those could occur later if/when Walt Disney World determines how its queues will work once the parks reopen. For now, we’d consider this an opaque look at behind the scenes logistical planning.

What do you think of this Walt Disney World news & rumor round-up? Have you watched any of the Imagineering videos or other at-home Disney content? Happy to see Disney+ doing so well while the rest of Disney struggles? Thoughts on FastPass+ or resort room inventory? Think we’ll see virtual queues, reduced attraction capacity, or both when Walt Disney World reopens? Any questions? We love hearing from readers, so please share any other thoughts or questions you have in the comments below!