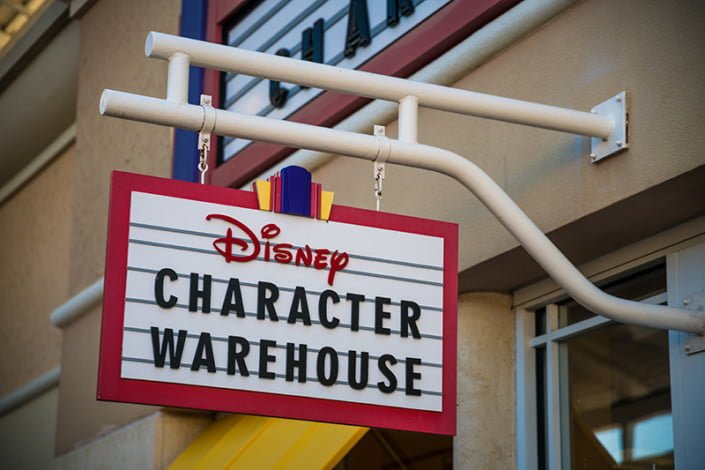 Want to buy discounted Walt Disney World merchandise for 50-80% off? Look no further than Disney’s Character Warehouse clearance centers at the Orlando Premium Outlets that sell authentic items from the parks. In this post, we’ll offer tips for shopping at these outlets, and share photos from our most recent visit to the outlets.

There are two of these stores: one on International Drive (4951 International Drive Suite 95, Orlando, FL 32819) and one on Vineland (8200 Vineland Avenue Suite 1252, Orlando, FL 32821). The Vineland location is closer to Walt Disney World, whereas the I-Drive location is closer to Universal Orlando Resort. Also worth noting is that the Vineland one is also now charging $10 for its parking garage, so parking in the free lot is now even more chaotic/difficult.

Generally speaking, we think the I-Drive outlets are nicer, and we’ve had greater success find good Walt Disney World merchandise at that location. However, that’s in large part luck of the draw. Both stores get new shipments every single day, and those shipments contain a lot of the same things, plus total oddball items.

It would seem that fewer Walt Disney World guests go to the I-Drive location, so it being less picked over could explain our perception that it tends to have better inventory, but it could just be totally random. If you’re doing other outlet shopping, we’d recommend looking over the lists of stores to see which outlet will appeal to you.

However, we will offer our personal perspective on outlet malls: they’re a racket. Most high end fashion-brand outlet stores are not selling actual overstock from department stores or off-season items from their retail counterparts. 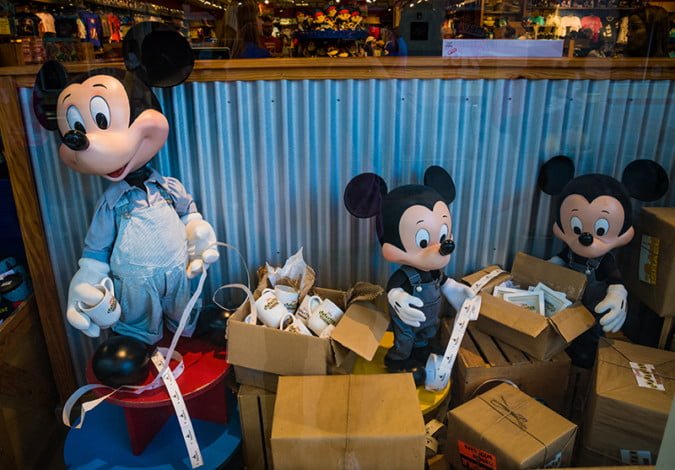 Rather, they are factory stores selling lower-quality items that are made specifically for the outlets. BuzzFeed had a fairly illuminating article about this a few years ago, and since then, the FTC has started cracking down on outlet pricing and marketing practices.

Outlet stores have proliferated in the last decade-plus, and as more stores have been built, it’s simply not possible for them all to carry overstock or past-season items. Instead, they’ve adopted this strategy to offer illusory discounts. In reality, you are paying less, but you’re paying less for lower quality.

We share this here because many people may be unfamiliar with this paradigm shift at outlets, and as a blog heavily focused on saving money and getting deals, we think it’s pertinent. 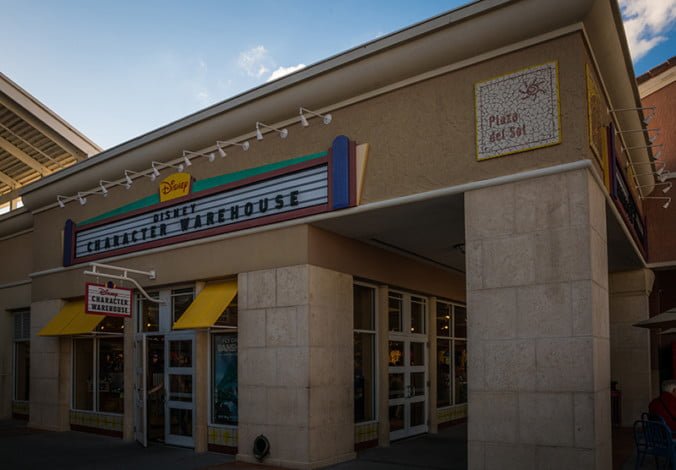 We also mention it because Disney Character Warehouse is not an example of the outlets-as-factory-stores model. This actually is overstock and past-season merchandise from Walt Disney World.

Disney Parks (not DisneyStore) operates these locations as liquidation stores for Disney Parks & Resorts merchandise–from Aulani to Walt Disney World to Disney Cruise Line to Disneyland–it’s all shipped to Florida, where you can find a vast array of Disney Parks items at the Character Warehouse locations. 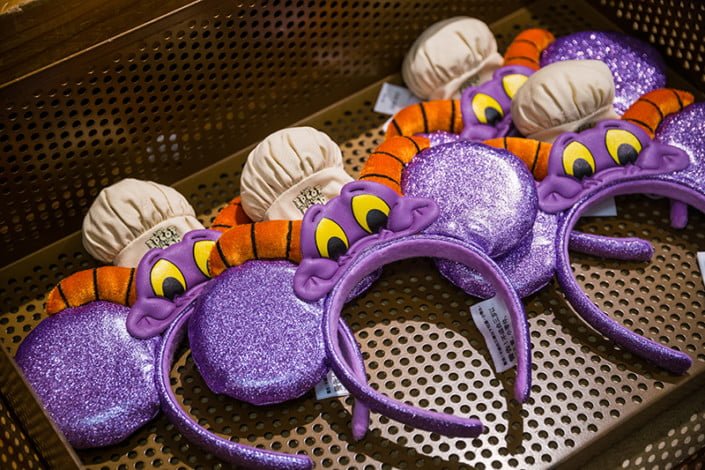 There are a few things we want to stress about Disney’s Character Warehouse. First, discounts are very hit or miss, and markdowns are all over the place. Sometimes, it seems like there’s zero logic to the markdowns.

You might spot a shelf of Disney Cruise Line Alaska t-shirt from two years ago that’s marked down by $5. (That’s a real example!) 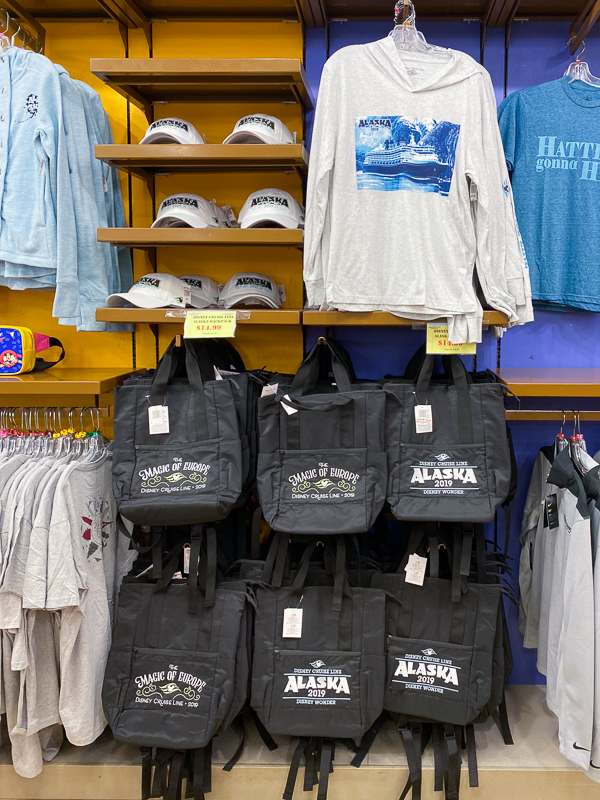 Meanwhile, in the first week of January, you’ll see a stack of the Poster Art of the Disney Parks Calendars for over 75% off, while the same calendars are still selling at Walt Disney World for full price. (Also a real example.)

For our second point, we’ll stick to that Poster Art of the Disney Parks Calendars example. You might see someone post a photo of a huge stack of these one day on Twitter, so you decide to head to the outlet to save some money, only to find them sold out. The next day, you see another photo of these calendars back in stock, so you return the following day right when they open. Gone again. (Yes, this happened to us in January.) 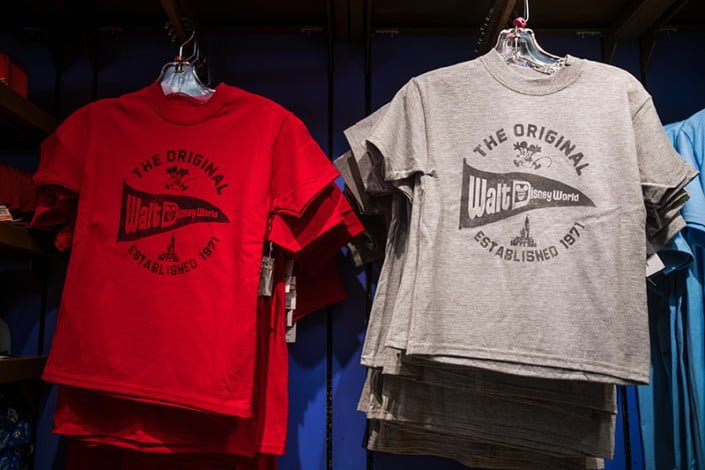 Meanwhile, you’ll pay Disney’s Character Warehouse a return visit after several months away, and see cruise-specific DCL shirts that were in stock the last time you were there. (I swear some of the Disney Cruise Line stuff has been on the shelves for almost a year.)

As for what you can expect to find, it really varies. The most consistently-predictable types of merchandise are seasonal items and items sold as promotional tie-ins to movies. 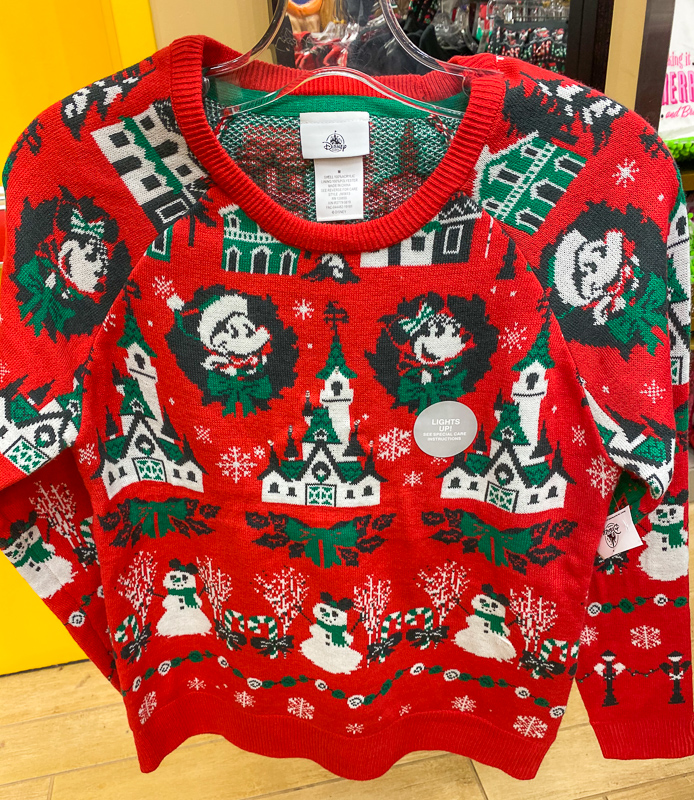 For example, if it’s November, you’ll see a lot of Halloween. In January, you can expect to find a ton of Christmas stuff. Whatever Epcot Festival most-recently ended you’ll find in the outlets. Character stuff from whatever Marvel or Star Wars movie came out and left theaters will be there.

Beyond that, it can be pretty random. Expect to see niche items (the more obscure stuff from Twenty Eight & Main is frequently represented), and merchandise that missed the mark. 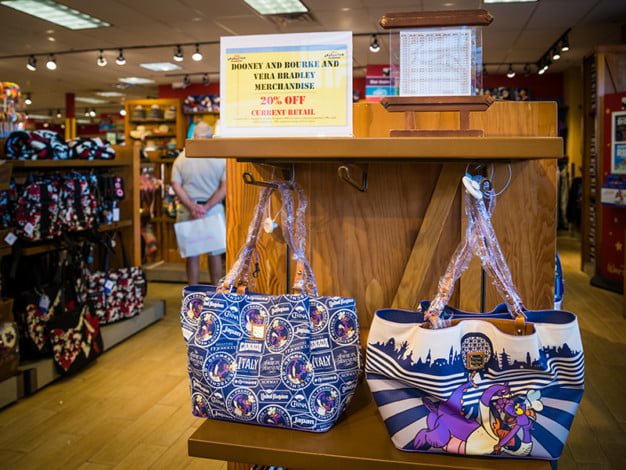 Once you’ve visited the outlets enough, you start to get a feel for the type of merchandise that’ll make its way there, and you can play a game in the Walt Disney World parks, guessing which items are outlet-bound.

With these points made, one thing we’d recommend doing is perusing the latest edition of Derek Burgan’s “The Magic, The Memories, and Merch!” Outlet Reports, which are “funny” recaps of merchandise he and his crack team of investigative journalists find at these outlets. The current installment should give you a rough idea of the types of things you might find during your trip. 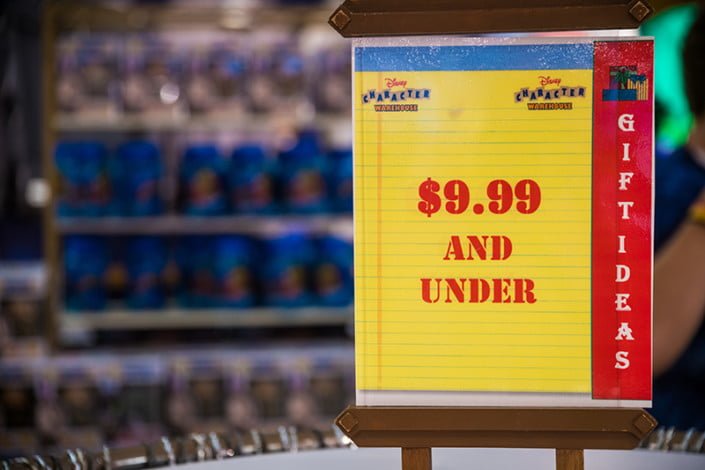 Overall, there’s a lot to love about the Disney’s Character Warehouse outlet stores. With a stop here at the start of your Walt Disney World vacation, you could potentially save hundreds of dollars and get your merchandise “fix” early.

On the other hand, you could strike out entirely, seeing only junk that no one with eyes would ever consider purchasing. These outlet stores are a ‘feast or famine’ type of thing, and while we usually have great success with them as frugal shoppers, they definitely don’t sell the greatest hits of Walt Disney World merchandise.

Have you ever gone to the Disney Character Warehouse Outlets? Find anything good, or did you think it was a waste of time? Any questions we can help you answer? Hearing feedback about your experiences is both interesting to us and helpful to other readers, so please share your thoughts below in the comments!