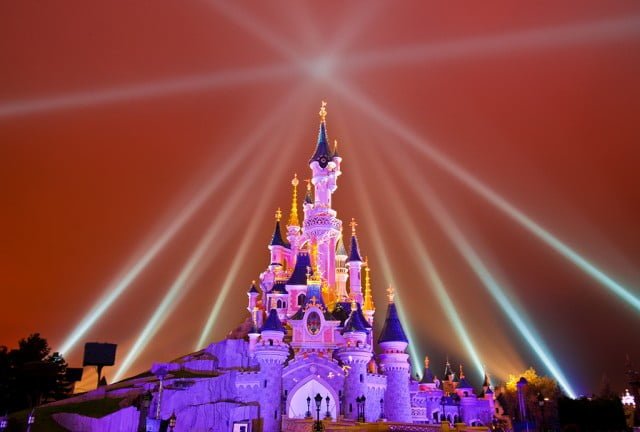 A question we’ve gotten several times recently is about the best ticket options, particularly from Americans heading to Disneyland Paris now that the 25th Anniversary is underway. We thought we’d dedicate a post to answering some frequently asked questions. We’ve also updated this post with info about the changes to Disneyland Paris Annual Pass tiers, and are keeping an eye out for regular ticket price increases (which hasn’t happened yet for 2018, despite the U.S. parks increasing prices in February 2018.)

For our first Disneyland Paris trip, we purchased multi-day tickets. For my next visit, I purchased an Annual Pass. We weren’t sure what to do this time, so we did a lot of research about the best options. Ultimately, we concluded that Annual Passes were right for us, but we also checked out numerous multi-day ticket options.

Here’s what we’ve learned about regular Disneyland Paris park tickets and Annual Passes from our experience and countless hours spent combing the internet trying to figure out ways to save a buck…err…. ‘ro. (If that’s not slang for Euro, it should be.) 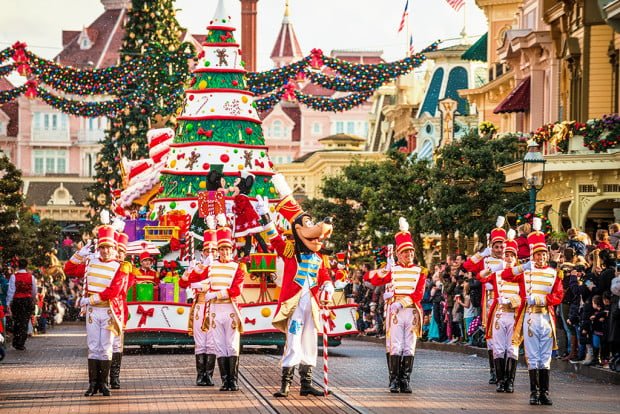 Let’s start by covering how many days to visit, as that is going to guide how many day tickets you purchase. When planning a trip to Disneyland Paris, there’s a strong chance it’s not your only destination in Europe. At least, we hope. Paris is one of our top 5 cities in the world, and France is also one of our favorite countries. (Ranking only behind Japan and the United States.)

While the attraction lineup is shallow as compared to the U.S. parks, the depth of the environments and detail of Parc Disneyland is incredible. Three days gives you 2 to 2.5 days for that park, and a half day for Walt Disney Studios Park. That’s what we recommend, and how we’d allocate our time there. If you don’t have that much time in Europe, 2 days will suffice for covering both parks. (We have done 4 days at Disneyland Paris, spending 3.25 at Parc Disneyland and .75 at Walt Disney Studios Park…it all depends upon your preferences.)

No matter how many days you’re visiting, we always recommend buying a Park Hopper ticket. Disneyland Paris doesn’t use that parlance, so you’ll be looking for the “2 Parks” ticket options.

The second reason is because Walt Disney Studios Park has a few “rope drop worthy” attractions that can have significantly longer lines later in the day. If you have the time, it’s not a bad idea to rope drop Walt Disney Studios on 2 separate mornings to knock out its headliners.

At Disneyland Paris, there is surge pricing for single day tickets. Now that the U.S. parks also use surge pricing, this isn’t such a foreign concept to a lot of Disney fans. However, what does complicate things a bit in Paris is that sometimes 2 single day tickets are cheaper than a multi-day ticket if you don’t want to Park Hop and both of the dates you’re going to visit fall within the MINI ticket validity window on the calendar below. 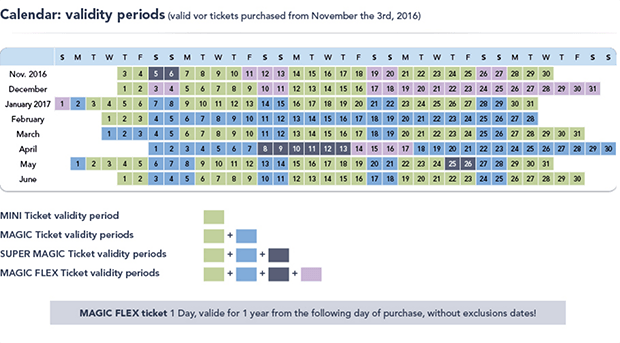 Zut alores, très compliqué! 😉 Again, we don’t recommend doing only “1 Park” tickets, but if you want to save money, that is an option.

When it comes to saving money, you have a few options. The first, and easiest, is to purchase directly, in advance from Disneyland Paris’ website. From time to time, there are special online offers (such as getting a free day), and you’ll also save the time of not waiting in line to purchase at the gate.

As a corollary to that, much like with the U.S. parks, Disneyland Paris frequently offers package offers that include park tickets, a hotel, and meal plan. You should not purchase park tickets alone until you’re certain you won’t be booking a package. Some of these packages actually save a good amount of money, and you should check the U.S. Disneyland Paris site in addition to other versions of the site to compare pricing. We recommend checking the United Kingdom, France, Germany, and Italy Disneyland Paris sites. Unless you’ve got mad language skills, use Google Chrome to translate the sites (aside from the UK one, which should be readable as long as you don’t mind some superfluous “u” usage). 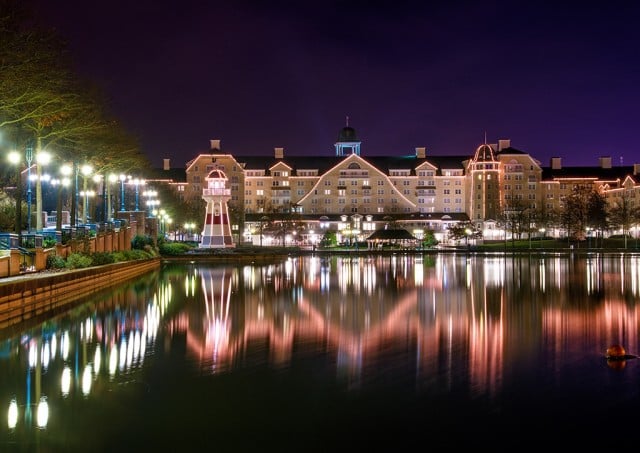 If you’re staying off-site or aren’t buying a vacation package, you can save even more buying third party tickets. In our planning, we keep coming across two additional, authorized discount Disneyland Paris ticket brokers: Attraction Tickets Direct and AttractionTix. Both companies offer savings of around 5-10 Euro per ticket. Not a ton off, but every little bit helps. Please note, we have never used either of these, but we’ve read enough positive reviews (as well as independently vetting their accreditations) to feel comfortable recommending them. They’re both legit.

The problem is that they are both located in the United Kingdom, and AttractionTix only sells to those with billing addresses in the United Kingdom or Ireland. So, you’re set if you live in either of those countries, but not so much if you’re in the United States (or elsewhere). Attraction Tickets Direct, by contrast, does sell to those with U.S. billing addresses, and since these are delivered electronically, there should be no concerns about shipping time or cost.

If you plan on visiting for 3 days, as we suggest, you might want to look at an Annual Pass instead of regular park tickets… 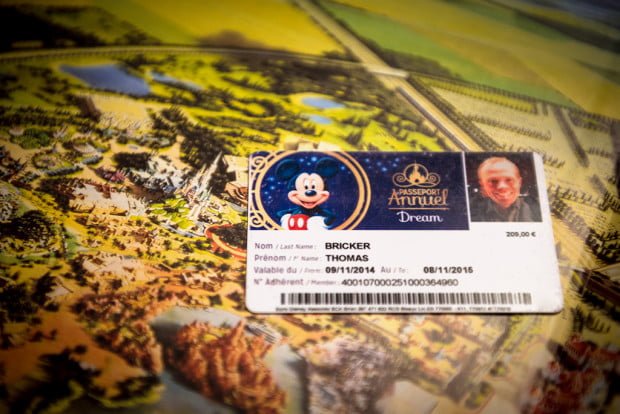 Ahead of its 25th Anniversary in 2017, Disneyland Paris revamped its Annual Pass program, introducing 4 tiers of Annual Passes (replacing the previous Classic, Fantasy, and Dream tiers), which offer varying blockout dates, discounts, and other perks.

The new tiers are the Discovery, Magic Flex, Magic Plus and Infinity Annual Passes, and will range in price from €139 to €399, with blockout dates ranging from 150 days of access to 365 days of access on the Infinity.

There are also a tiered range of perks, with the Infinity Annual Pass offering a “true VIP experience,” including VIP seating for Disney Illuminations and the Disney Stars on Parade, as well as a dedicated phone line, unlimited PhotoPass, and more. (That VIP seating is pretty significant during busier times of the year). Here are some of the perks and blockout dates for each tier.

We both purchased Annual Passes on our trip last year, meaning that we have the old Annual Passes. We purchased these because they presented good value, and also offered discounts and ability to take advantage of Extra Magic Hours. We used the APs again at Disneyland Paris in April 2017, and have spent a total of 8 days in Disneyland Paris with the Annual Pass, so the pass has more than paid for itself.

When it comes time to renew our Annual Passes, we will strongly consider the Infinity Annual Pass. Even though we live in California, and will typically only take 2 trips on an Annual Pass, we are willing to pay a bit of a premium for that VIP fireworks and parade seating. We camped out over an hour (each) for the parade and fireworks every time we watched them, and ended up packed in like sardines. Meanwhile, one evening we sat next to the VIP section, which had ample space and wouldn’t have required any wait.

For my previous trip a couple of years ago, I spent 5 days in Disneyland Paris and the Walt Disney Studios Park and did not intend upon revisiting, but I still got the Dream Annual Pass (again, same scenario with blockouts during my trip). In that case, I could have saved on tickets directly had I not purchased the Annual Pass. However, I dined at Bistrot Chez Rémy and Plaza Gardens Restaurant, plus a number of counter service restaurants. The money I saved on the table service meals alone offset the difference in cost.

Point being, even if the math doesn’t quite work to justify everyone in your party purchasing an Annual Pass, you might buy one for the savings on merchandise and restaurants.

If you know someone who is already a Disneyland Paris Annual Passholder, they can sponsor you. This offers you 10% savings, and them 12 free months when they sponsor 3 people. If you want to take advantage of the sponsorship offer, print out this form. 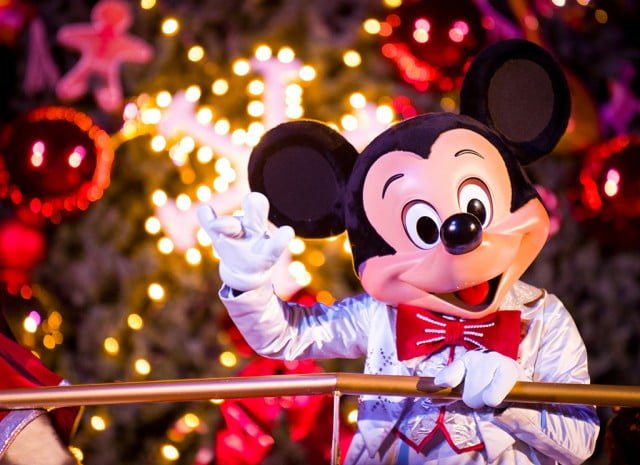 Based on my experience and research–which is admittedly limited as compared to the U.S. Disney parks–that covers it in terms of saving money on Disneyland Paris park tickets. If you know of any other hacks for purchasing discount Disneyland Paris, we’d love to hear them!

Do you typically purchase vacation packages for Disneyland Paris? Have you purchased Disneyland Paris tickets through a third party? Anywhere that you recommend? Hearing from you is half the fun, so please share your questions and thoughts in the comments!