For the “One More Disney Day” installments in this Disney trip report, visit its index.

With “One More Disney Day” over, it was finally time to get some rest. Between the time and flight keeping me up, and 24+ consecutive hours in the park after that, I had slept only around 4 hours out of the previous 48. I went to bed with the expectation that when I awoke, it would be dark out.

About four hours later, I was awake again, and after trying to “force” myself to sleep and failing, I realized that it was time to get up. Sarah was awake too, also unable to sleep (although she slept on the plane and slept in on “One More Disney Day”). As I got ready, I gazed in the mirror and saw a bad celebrity mug shot looking back at me (minus the celebrity part). I looked like Gary Busey after a weekend bender. You’ve been warned: if one of the photos of me that follows in this report scares your children, that’s on you.

After getting ready, we headed to Disney California Adventure, which we were “finally” experiencing on this trip (given that we had only spent one day in Disneyland, “finally” doesn’t seem quite right…but it seemed like we had been there a lot longer!). 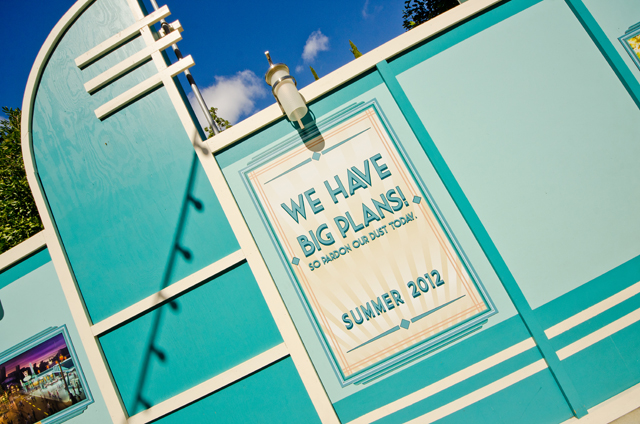 We entered through the maze of construction walls that headed behind Soarin’. For a temporary entrance, I think they did a nice job with this. Plus, I love the optimism and excitement of the construction walls. Rather than just using the simple Walt Disney quotes about progress, these signs seem responsive towards the state of Disney California Adventure for the last few years as construction has been ongoing, and the signs more or less proclaim that “the end of construction is near!” I know they’re just simple signs, but they never fail at exciting me for what’s to come. I have become a fan of Disney California Adventure since we first went there in 2010. 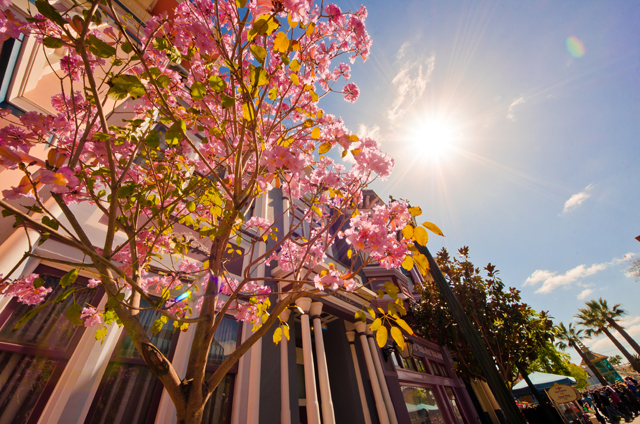 On that trip, we went into Disney California Adventure with very low expectations thanks to what we had read online about it, and we were both pleasantly surprised with the “ugly duckling” park. Part of that was likely because we visited after the worst of Disney California Adventure had already been removed, but we found it was a nice ambiance park. As we have continued to visit over the last couple years, it has been fun to watch Disney California Adventure evolve. I think by Summer 2012, it will be an excellent companion park to Disneyland. Not as good as the original, but definitely starkly different (and superior) to what opened in 2001. 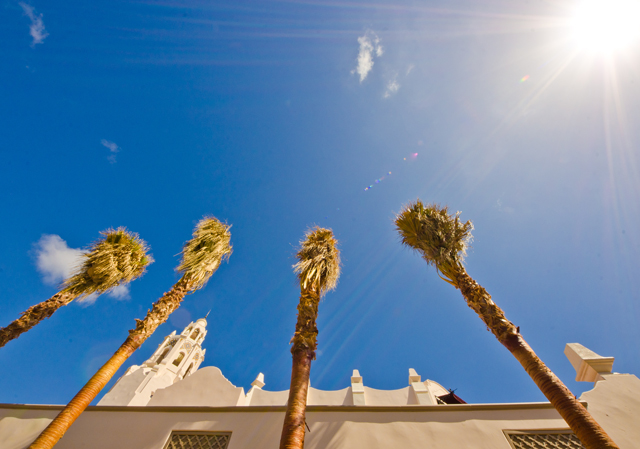 It was our first chance to see Carthay Circle Theatre in (near) finished form, so we immediately headed over to it. My usual reading on Monday mornings is the great Disneyland photo updates that various Disneyland fan sites do, but I had stopped looking at these after our Christmas trip because I wanted to be blown away when I next saw them in finished form. My plan partly worked, because I was blown away when I saw Carthay Circle Theatre. My plan didn’t completely work because our next trip after Christmas was supposed to be for the June Grand Reopening of Disney California Adventure, and obviously we had made this trip in the interim. So the things that I expected to next see when they were open were all still surrounded by walls. 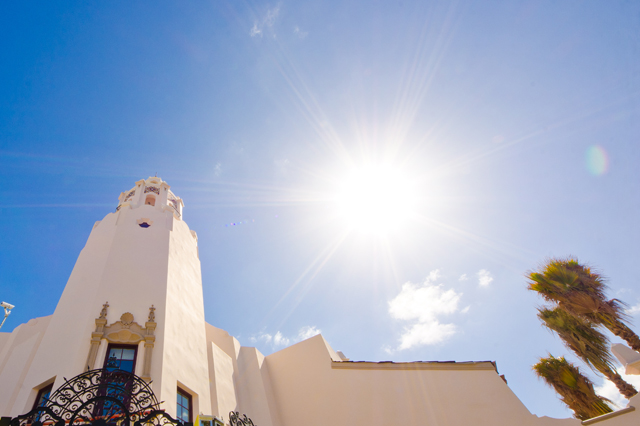 Still, I was really impressed by the nearly completed Carthay Circle Theatre. It was much larger than I expected, and the attention to detail was incredible. Everything for window fixtures to texture, it was all very impressive. Much more impressive than the Carthay Circle Theatre in Disney’s Hollywood Studios that is a gift shop on Sunset Boulevard. I tried to get some good shots, but the construction walls made this difficult. Those construction walls have since come down and I’ve inadvertently seen some photos (oops?) and they have me salivating to photograph it. Literally–I drooled on the keyboard when I saw a couple of them. 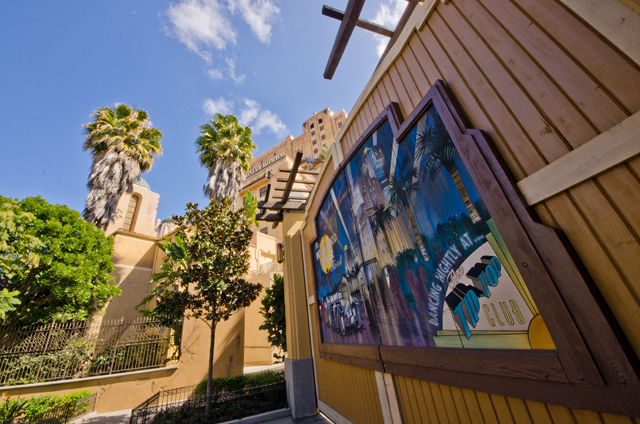 Despite being awake, we were still exhausted, so we decided to see if Tower of Terror could give us the jolt we needed to feel refreshed. It could not. When a thrill ride fails, the obvious go-to back-up plan for a jolt of energy is…Corn (wait for it) DOGS! Okay, perhaps not as obvious as coffee, caffeine, or the ever-healthy 5 Hour Energy, but corn dogs are a good answer for pretty much anything. Plus, we had never dined at Corn Dog Castle, which seems to be a cult favorite amongst Disneyland fans. Actually, this was my real reason for wanting to eat there. It seemed that I had never “experienced” a lot of Disneyland favorites, and I wanted to rectify that. 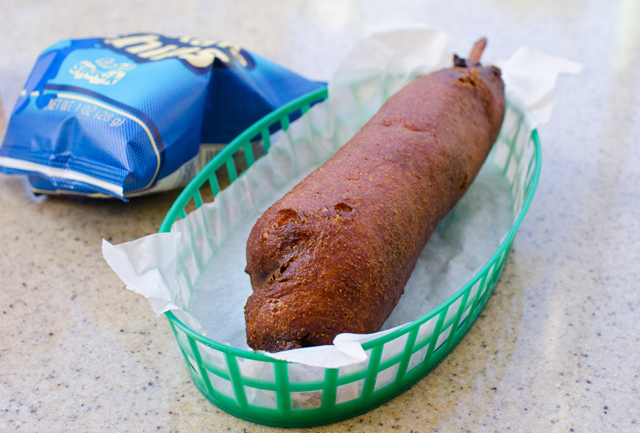 When I suggested Corn Dog Castle for lunch, Sarah furrowed her brow in disgust and headed instead to Boardwalk Pizza & Pasta. To say that she’s not a fan of fried food would be putting it mildly. Sarah eats weird things I can’t pronounce that come from Whole Foods and Trader Joe’s. The kind of things that food eats. I’ve tried some of these things, and trust me, I’m not being close-minded. You can only eat so many seaweed chips and quinoa before you find yourself craving some fried deliciousness!

I ended up ordering the Hot-Link Corn Dog, which may mean that technically I can’t cross “Disneyland Corn Dog” off the “Storied Disneyland Foods to Consume” list that I carry with me everywhere. (Never know when you might take an impromptu trip to Disneyland.) The Hot-Link Corn Dog was pretty good, and I almost returned to try one of the interesting Cheddar Cheese Sticks, but I thought my arteries might resent me for that. I planned on getting one later in the trip, but I ended up forgetting. 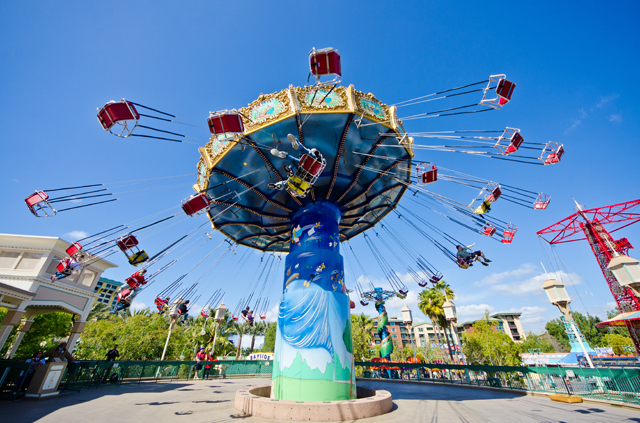 After we ate, we headed to Silly Symphony Swings, which had absolutely no line. I would have preferred to take advantage of this ‘no crowds’ day by doing attractions that typically have longer waits (Toy Stoy Midway Mania was around 15 minutes throughout the day), but Sarah loves Silly Symphony Swings, so we did that. 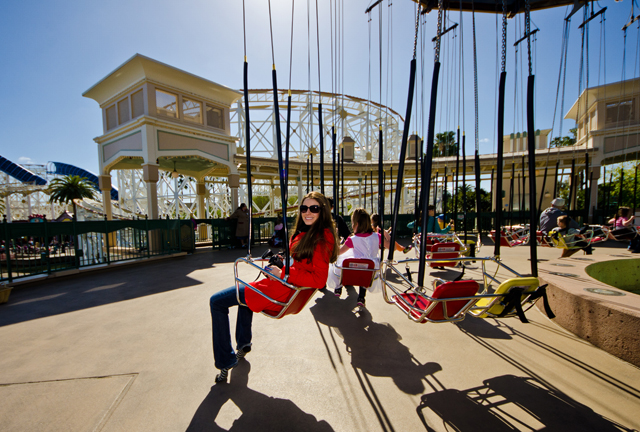 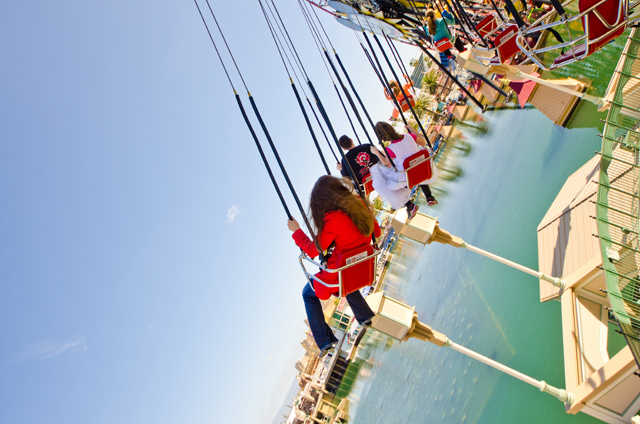 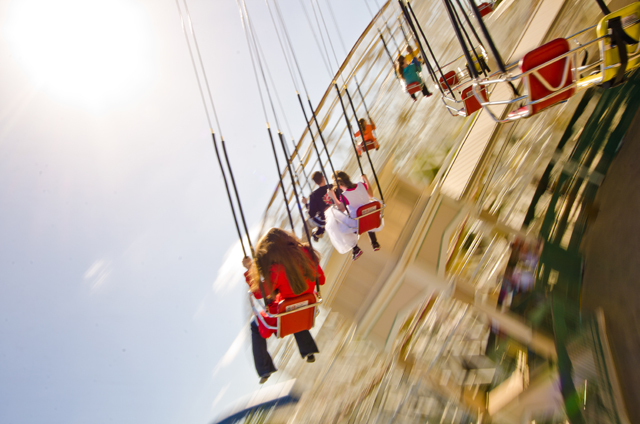 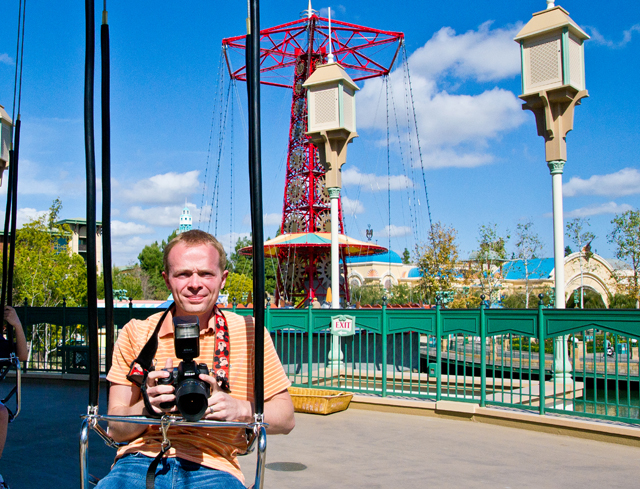 Now that I think about it, perhaps I made a Gary Busey mugshot look good on this particular day!

From there, we headed over to the Blue Sky Cellar. I had heard that the video changed out to something Cars Land-related a couple days before our trip that was really worth seeing. Normally we don’t watch the videos in Blue Sky Cellar in order to avoid spoilers, but this one had been receiving high praise, so we made an exception. Plus, the idea of trying to avoid spoilers is (admittedly) a bit silly. I read the Disney Parks Blog on a daily basis, and have seen plenty of photos of Cars Land on that. More importantly, we’ve seen Cars Land and Buena Vista Street being built in person. While I have avoided reading update-specific blogs and content that focus on the details of the expansion, it’s not like I’m going to arrive on June 15th and see something totally foreign to me. Seeing a few photos here and there probably won’t prevent me from being blown away by the expansion when I see it in person for the first time. Still, I don’t want it to be too familiar before I actually see it in person. If that makes any sense.

But I digress. The Road to Cars Land video was exceptional, with extremely high production value. Rather than spoiling parts of Cars Land by showing them to us in advance, it got us REALLY excited for Cars Land, as it showed the emotion and devotion that the Imagineers have been putting into the project. I go back and forth on which land I’m anticipating more: Cars Land or Buena Vista Street, and after watching that video, Cars Land had the lead. 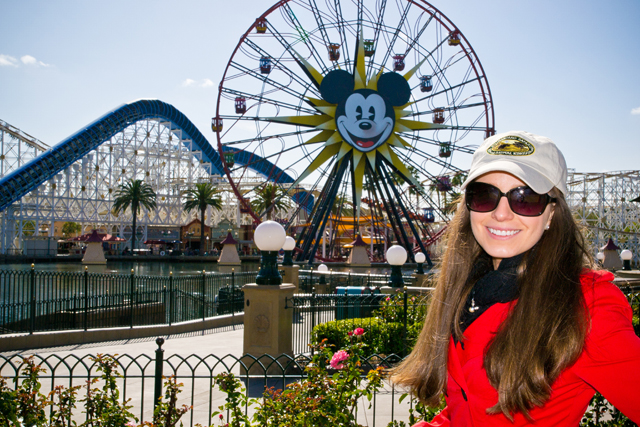 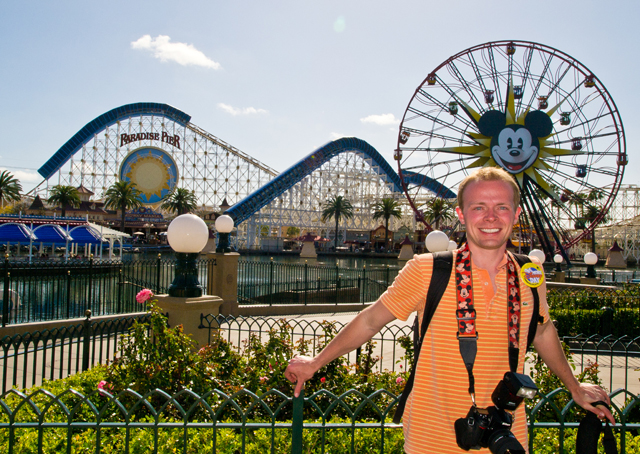 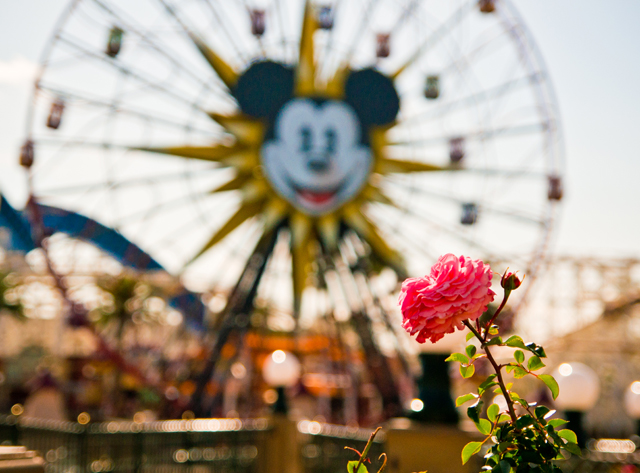 It was time for a snack after this, so I pulled out my handy “Storied Disneyland Foods to Consume” list and decided it was time to check off the churro. Yeah, that’s right, up until that point I never had consumed a churro.

For this, it was time to head back to Disneyland…

There are three pages in this Disneyland trip report installment. Navigate to the next page below!