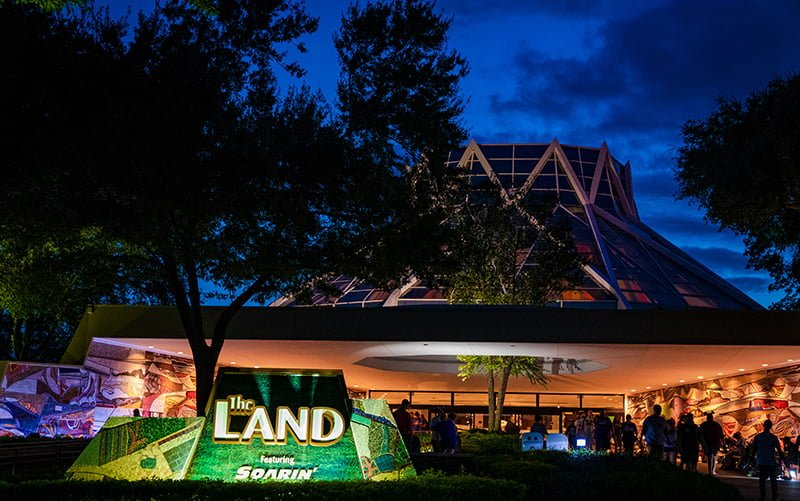 Garden Grill is home to Chip ‘n’ Dale’s Harvest Feast, a family style character meal in Epcot’s Land pavilion. This Walt Disney World dining review features food photos plus our opinion of this all-you-can-eat, rotating restaurant that offers views into the Living with the Land attraction.

Just to make sure you caught all of that, we have: 1) all you can eat, 2) characters, 3) restaurant rotation, and 4) views into a Disney attraction. Does Garden Grill have ALF and dinosaurs? Because if so, with those 6 things, it would be the greatest restaurant ever!

While this review covers breakfast at Garden Grill, it’s worth noting that Garden Grill also serves Chip ‘n’ Dale’s Harvest Feast for both breakfast and lunch, as well. Breakfast is particularly intriguing to us as a way to access Soarin’ Around the World first-thing in the morning with a pre-park opening Advance Dining Reservation. It doesn’t hurt that Garden Grill is a really good meal! 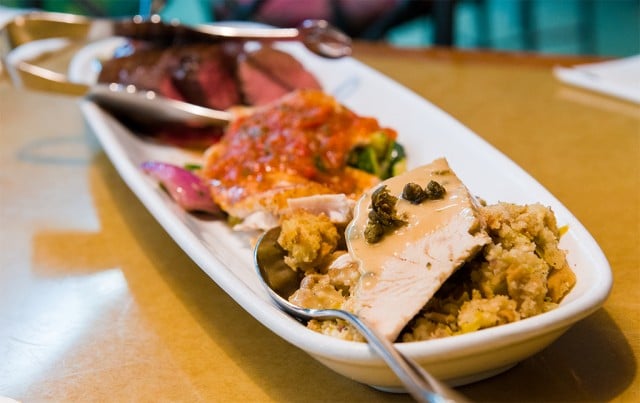 This restaurant has existed since The Land pavilion opened, but not always as Garden Grill. It used to be The Good Turn Restaurant, and before that it was The Land Grille Room. The restaurant has always rotated (hence its first name), but it was previously a higher caliber of restaurant before characters came onto the scene.

Back in the day when Kraft sponsored the Land pavilion, they served classy stuff…like Easy Mac! That’s not to say the character version is worse (I don’t recall our meals at The Land Grille Room, so I’m not qualified to make that judgment), it’s just different. 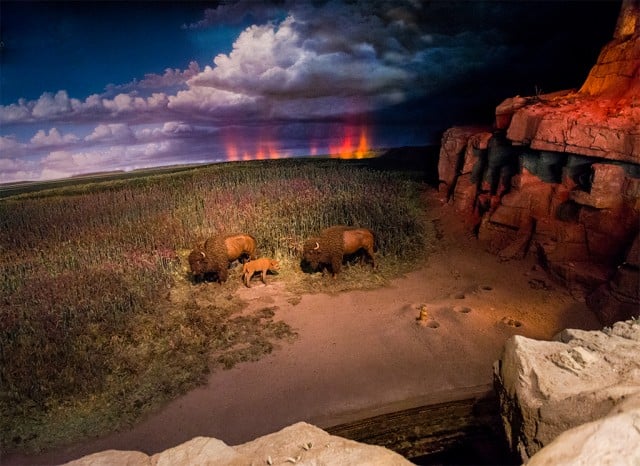 Discounting them would be like saying “if you take away the stunning views and open air kitchen, California Grill’s ambiance isn’t so special.” The fact that it rotates and has views into an attraction is what defines the ambiance of Garden Grill. Even though it’s a character meal, this is primarily why we eat at Garden Grill. It would be difficult for it to offer much more in the way of ambiance. 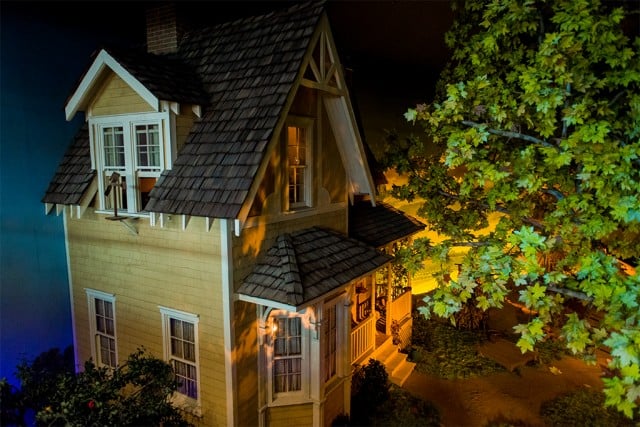 My favorite part of the views into Living with the Land has to be the upstairs bedroom in the farmhouse, which looks like a “lived in” room. This room is not visible from the attraction, meaning that all of the details in there are solely for the sake of restaurant guests.

Perhaps I’m easily impressed, but I think that’s pretty awesome. I wish I had captured some decent photos of it, but I guess it’s something you’ll just have to check out when you dine there. Every time I look in that room I smile–to me, this is a prime example of Disney going that extra mile with details. 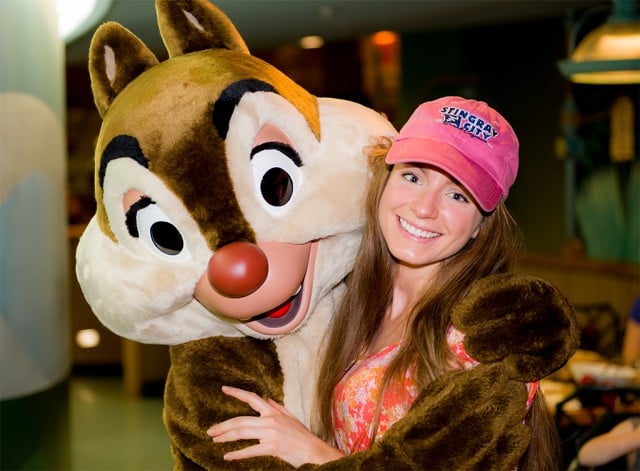 It’s difficult to see into the attraction from the upper level without standing up (I found myself standing up a lot!). Like Coral Reef, this is an ADR to which you want to arrive a little early to request a seat on the lower level.

The official name of the character dinner at Garden Grill is “Chip ‘N’ Dale’s Harvest Feast,” so it should be no surprise that two of the characters present are Chip and Dale. Farmer Mickey Mouse is also present, as is Pluto with a country-ish handkerchief tied around his neck. 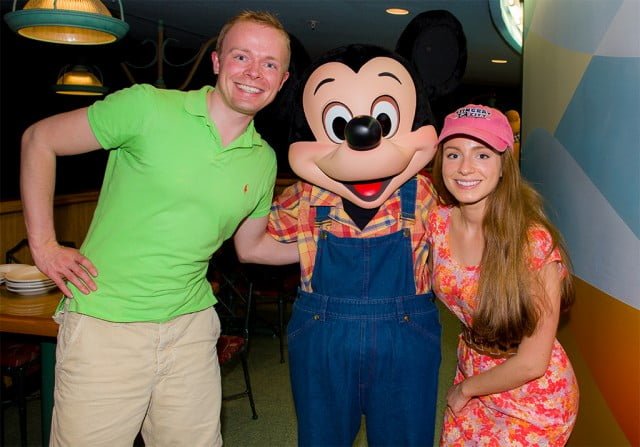 Mickey’s outfit is unique here and stands out from what he’d normally wear, so he’s definitely the main draw. Note that it can take characters a long time to get to your table at Garden Grill, but this is because they seem to spend a decent amount of time at each table.

On each of our visits to Garden Grill, we’ve had ample time for interactions with the characters, including some spontaneous mischief with Chip and Dale. Granted, we usually eat early or late, so this type of experience should not be expected if you’re there during the dinner rush. It’s definitely a much better option for interactions than a large and popular restaurant like Chef Mickey’s. 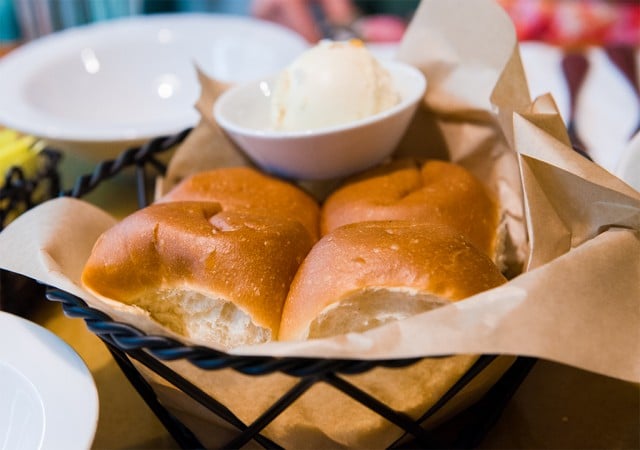 As far as food goes, well…it’s an all you can eat restaurant. It’s also a family style restaurant, so the options are limited as compared to a buffet. It’s also somewhat on the pricey side.

This is not to say that the food is bad–we enjoyed the bread, the salad, the filet of beef, the fish, and the dessert–but there is only 1 starter (salad), 3 entrees (filet of beef, turkey, and sustainable fish), 3 sides (veggies, potatoes, rice), and 1 dessert (cobbler). 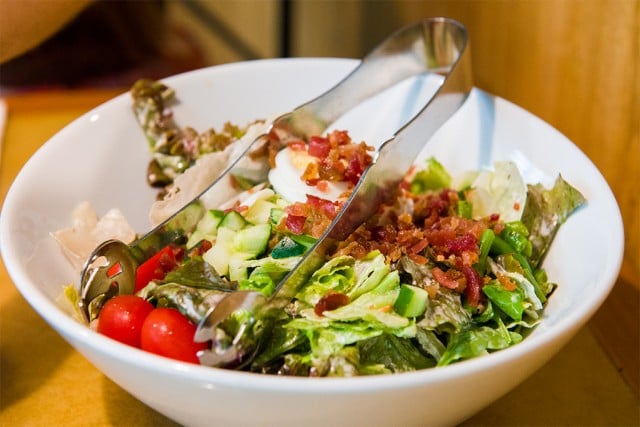 This means if you don’t like one or two things, you’ve potentially eliminated a lot of what you can eat. By contrast, most buffets have so many options that not liking a couple of things really makes no difference. Some of this food is supposedly sourced from The Land pavilion, although I’ve never been told which items.

I think the only change in the meal from the last time we were at Garden Grill a couple years ago was the fish, which was breaded last time (I preferred the breaded variety, Sarah preferred this meal’s Mahi Mahi). 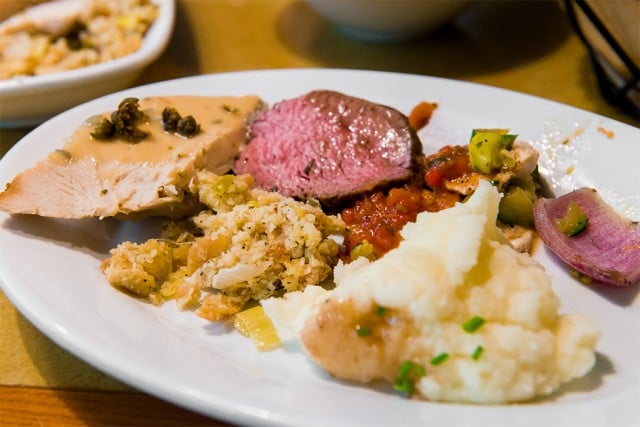 Despite the limited menu, we felt the food was solid for an all you can eat meal. Not the best, but not the worst, either.

We enjoyed most of the options, so the menu being limited wasn’t a huge drawback for us. The bread and salad were both surprisingly good. 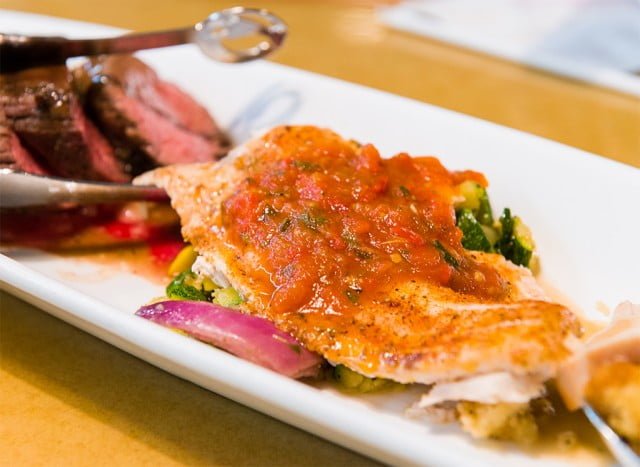 The filet of beef was the highlight for me, and it was surprisingly tender and flavorful. Sarah preferred the sustainable fish, which was very good for all you can eat fare, but not as good as an average plate you’d order from a standard table service restaurant.

The sides were all okay, but definitely could have been better. They were nothing that really knocked your socks off. The cobbler was the surprise hit of the meal, and it was very good. 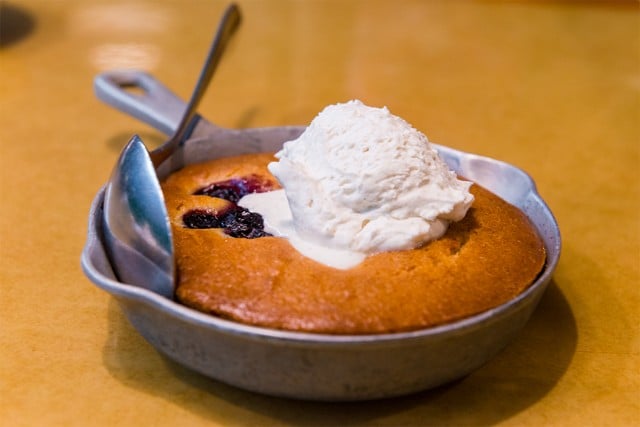 In the past, when we’ve dined at Garden Grill, I was really impressed by the restaurant. From the views into one of my favorite attractions (yes, I’m a geek), to the rotation, to the food, to the fun character costumes, it’s always been one of my favorite restaurants at Epcot. This time, when reflecting on it after the trip, I wasn’t quite so “high” on it, and I think this is in part due to other experiences on the trip.

Unfortunately, Garden Grill doesn’t quite compete with newer character meals like Storybook Dining at Artist Point or Breakfast a la Art with Mickey and Friends at Topolino’s Terrace. Nor is it quite as ambitious (or delicious) as Tusker House or Boma.

I still really like Garden Grill, but relative to these other experiences, the standout part of the meal was the ambiance and the superb character interactions. This, obviously, is just a personal anecdote based on our other dining experiences, but everything at Walt Disney World is relative–after all, you can easily forgo a meal at one restaurant in favor of another. 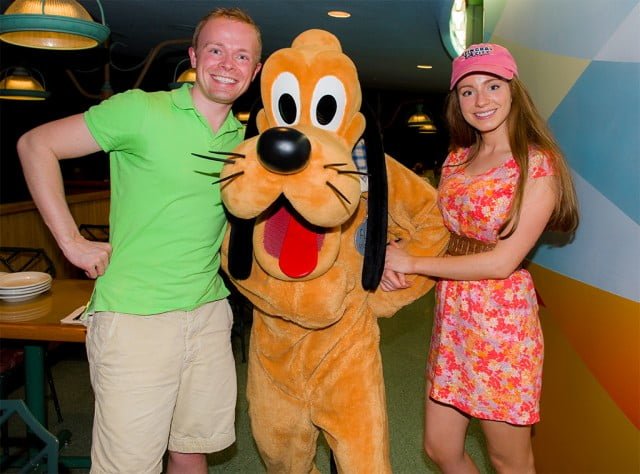 Overall, Garden Grill still gets reasonably high marks, especially if you want an all-you-can-eat character meal with approachable and crowd-pleasing cuisine. From that perspective, Garden Grill beats its direct competitors. While we prefer other character meals with more ambitious cuisine, that won’t be the case for everyone.

Regardless, Garden Grill is a winner thanks to its great ambiance in a rotating dining room with views into Living with the Land and solid character interactions. The food is pretty good to above-average for character dining, but we think it could stand a menu with a few more options. If high quality cuisine is your primary concern, there are a number of better options at Epcot. However, if you’re a fan of Living with the Land/classic EPCOT Center, character dining, or family style dining, Garden Grill is a strong option that we recommend.

How do you think Garden Grill rates as compared to other character meals? What about its food and ambiance, in general? Planning on dining here? Do you agree or disagree with our advice? Any questions we can help you answer? Hearing your feedback–even when you disagree with us–is both interesting to us and helpful to other readers, so please share your thoughts below in the comments!