HalloWishes is a special Halloween fireworks show that is presented during Mickey’s Not So Scary Halloween Party, a special hard ticket event, at Walt Disney World’s Magic Kingdom.

This fireworks spectacular is shown once per night during this $50+ special event themed to Halloween, and the full name of the fireworks show is “Happy HalloWishes: A Grim Grinning Ghosts Spooktacular in the Sky,” although it’s rarely called this in official Disney materials.

The very loose “story” of HalloWishes is that the 999 happy haunts residing in the Haunted Mansion are preparing for a “spooktacular” celebration for Halloween. The familiar Ghost Host from the Haunted Mansion narrates the fireworks, and the music changes as different ghoulish guests arrive at the Haunted Mansion. As various guests arrive (including Madame Leota and Oogie Boogie), they offer segues into the different musical segments of the show. Really, though, the story is just the vehicle for some awesome fireworks, including special projections on Cinderella Castle, uniquely themed bursts for the show, and even perimeter bursts that surround the Magic Kingdom!

Below are a few photos of HalloWishes during Mickey’s Not So Scary Halloween Party in the last few years. For those interested in fireworks, most of these were photographed with neutral density filters over my lenses to allow for longer exposures. 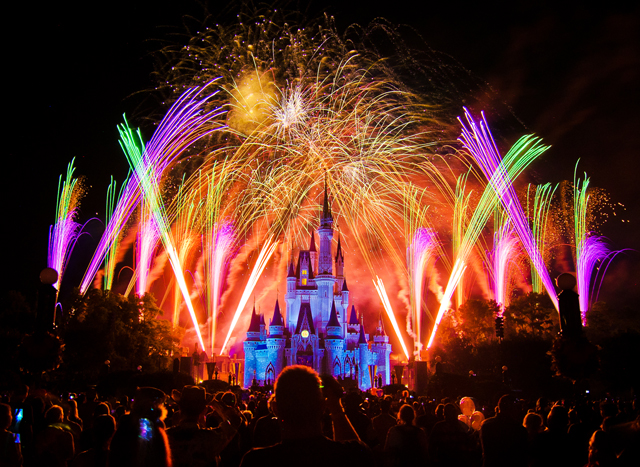 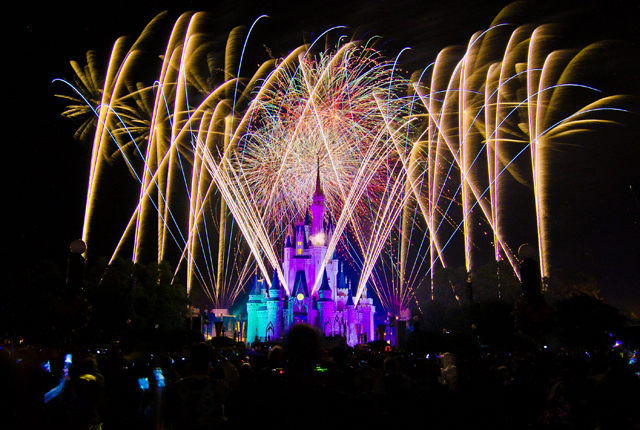 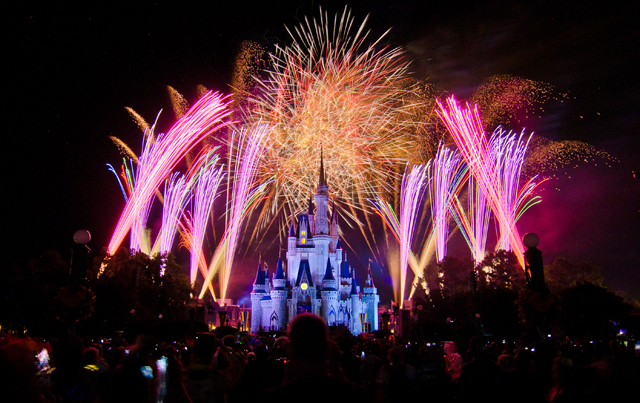 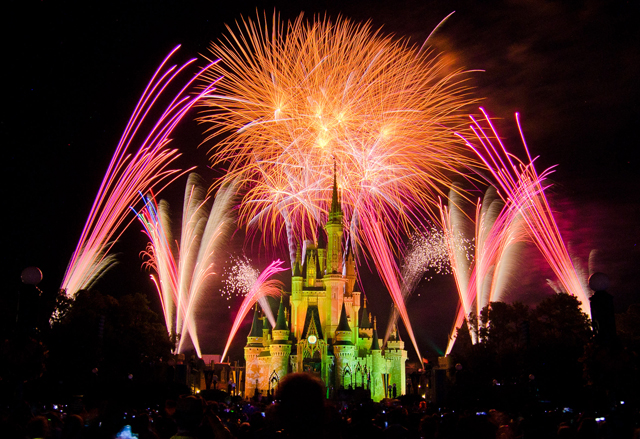 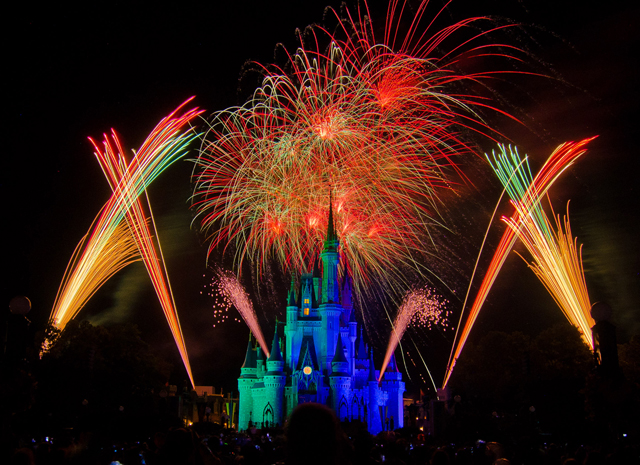 Are you a fan of HalloWishes? Which Walt Disney World fireworks show is your favorite? Share your thoughts in the comments!