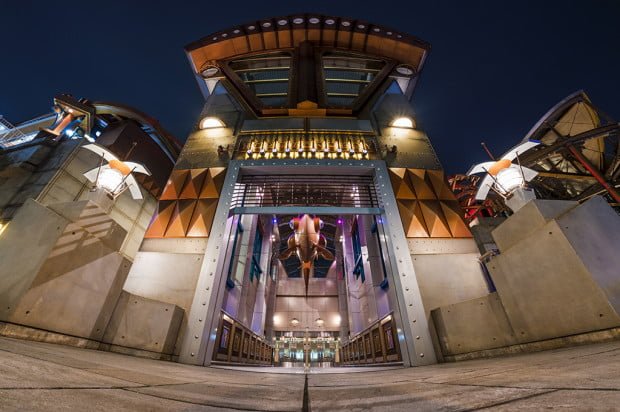 Horizon Bay Restaurant is a buffeteria and character meal in Tokyo DisneySea’s Port Discovery. This review features food photos, thoughts on ambiance, and other random musings about Horizon Bay. What it does not feature is character photos, as we were not willing to wait in line for the character dining (c’mon, this is Japan, of course there’s a line for something involving characters). Besides, we prefer to meet characters the way Walt (probably?) intended: as part of a huge mob all jockeying for a quick photo!

Horizon Bay sort of hides in plain sight. The exciting kinetic energy of Aquatopia, the Center for Weather Control, ocean wall, and assorted whirligigs are all on the other side of the wall, so the restaurant is easy to overlook. Once inside, though, it’s rather large–big enough to house both character dining and a standard buffet.

I know what you’re thinking: “But Tom, with StormRider–the pinnacle of Disney attractions–closing, what’s the point of even venturing into Port Discovery? Shouldn’t they just wall off the land and give up? SHOULDN’T WE JUST GIVE UP ON LIFE?!?!” Well, that might be the approach that some “Riders on the StormRider” (the social club I made up that rides StormRider all day, everyday–we mainly beef with those cocky “StormRidaz,” another SC of StormerRider enthusiasts) will take, but it’s not the one I’d advocate. After all, Horizon Bay Restaurant has cake.

Okay, enough of my nonsense, let’s take a look inside the restaurant and at the food… 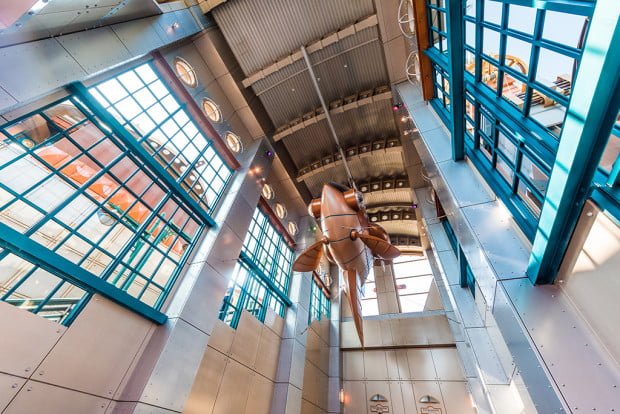 In terms of ambiance, there really isn’t much. Horizon Bay is housed in a sterile, metal building that sort of feels like a mash-up of a hospital, Best Buy, and a fancy kitchen with all stainless steel appliances. 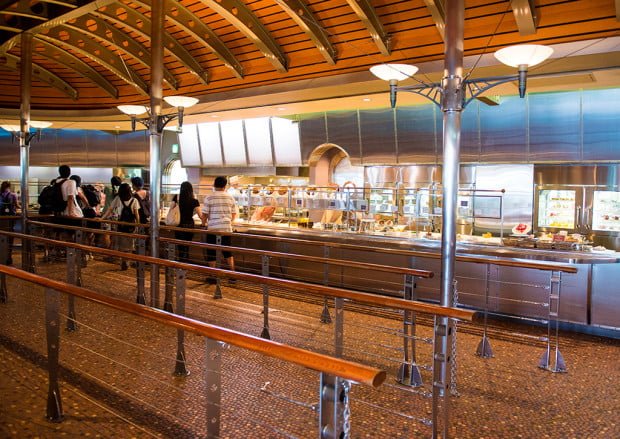 To order, you proceed through the buffeteria line, picking up items as you go before paying at the end. 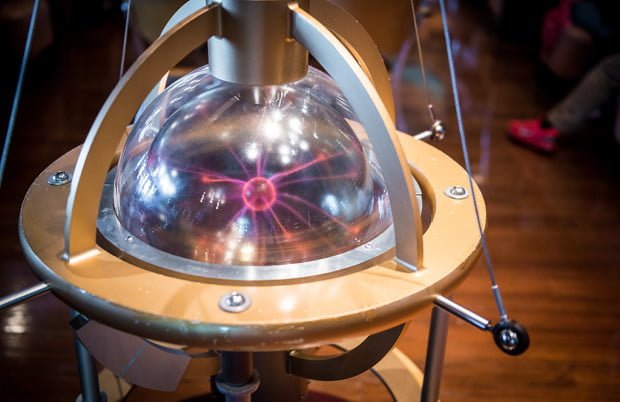 The seating area is similarly uninspired, with one exception: this plasma ball! If you’re anything like me, you badly wanted one of these as a child, and your parents deprived you of an enjoyable childhood by callously prohibiting you from purchasing one.

That’s probably what happened to whomever was in charge of theming this restaurant, because it seems they thought the plasma ball would carry the day, and they could phone in the rest. It doesn’t. Thematically, Horizon Bay Restaurant really drops the ball. 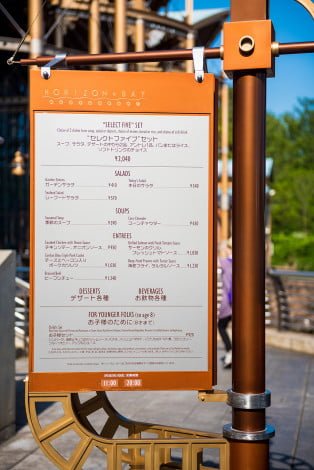 The menu here is pretty approachable, with various meats served with slight Japanese twists. It’s a good place for people who aren’t all that adventurous. Most guests are probably going to do the “Select Five” Set, but a la carte options are also available. Over on the character side, the “Select Five” Set is modified ever-so-slightly, with the same basic foods, but just enough differences so it’s not totally obvious that you’re paying ~$10 more to avoid the polite masses to get your character photos. 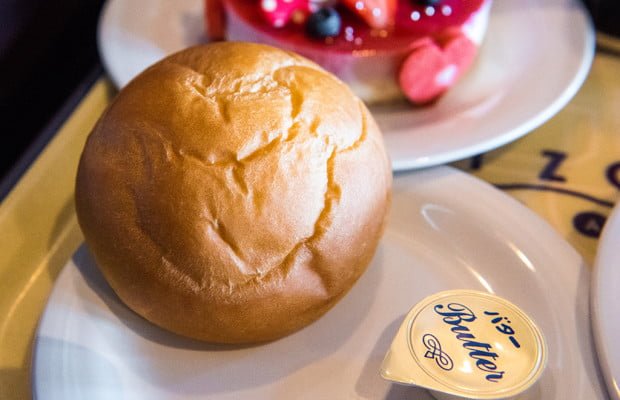 This is what Japanese bread looks like. Bizarre and exotic, right?! It’s fine, but nothing special. Adequate filler. 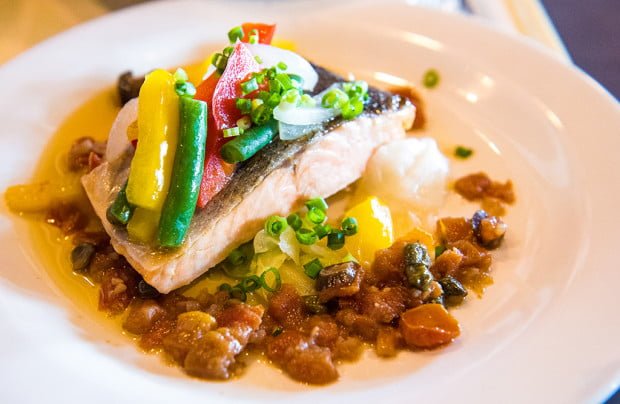 For my entree, I had the Grilled Salmon with Tomato Sauce. For <$10 a la carte, this was amazingly good. Like, on par with salmon at some traditional restaurants in the United States. The tomato preparation worked well with this dish, too. Highly recommended. 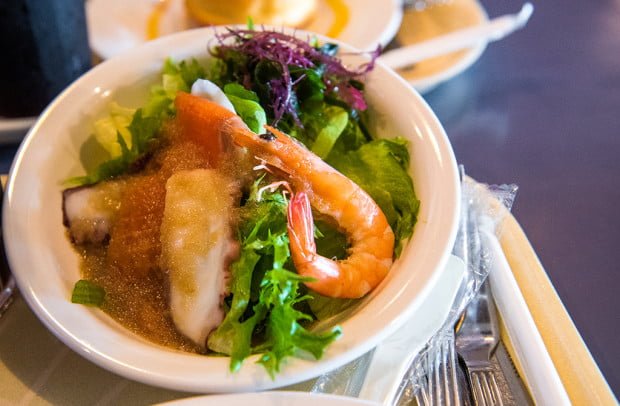 I liked the Seafood Salad, but it isn’t for everyone. This is definitely a substantial departure from the otherwise safe menu, and what I liked most about this (besides the fresh seafood) was the wide variety of textures. Even the sauce had a unique texture. I’d order this again. 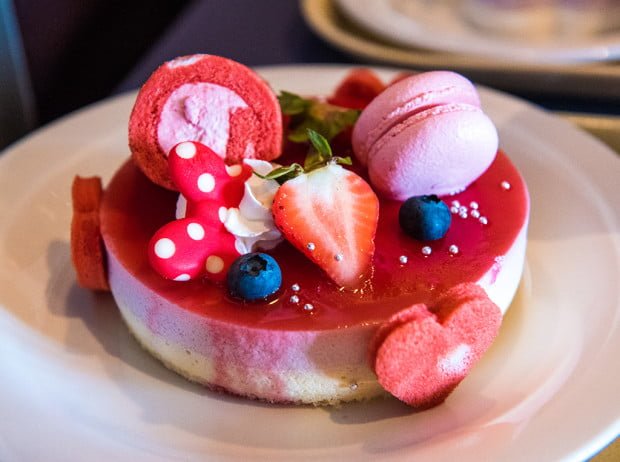 This Minnie Mouse Cake is not part of the Special Set. I had to pay extra for it. I’m not sure how much extra (I blocked that unpleasantness out of my mind), but too much. The cake was really good, but I primarily purchased it because I know how much the internet loves Disney food and characters, and this seemed like the perfect kawaii mix. So please, internet, justify my purchase by loving this photo. 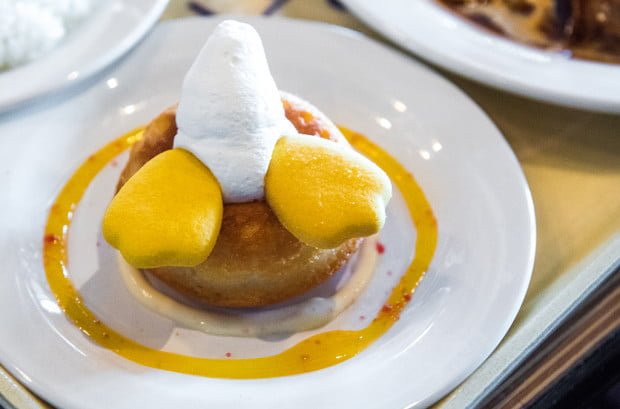 We were joined by Jenn and Guy “I Like Duck Butts and I Cannot Lie” Selga, who purchased this Donald Duck Butt Dessert. I don’t know why I didn’t photograph the rest of their meal, but I did get this. 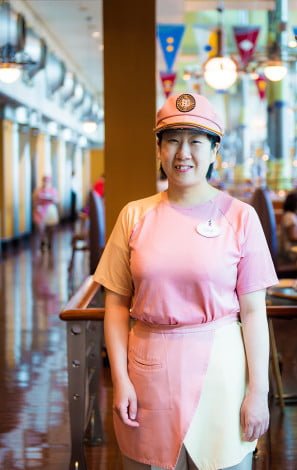 In his post Ranking Every Meal I Had at Tokyo Disneyland (Again), Guy pegged Horizon Bay Restaurant at #20, and had this to say about his meal, “I opted for the steak because I was curious to see what Tokyo Disney’s take on steak would be. It turns out that it’s thinly cut and covered with teriyaki sauce. Not bad. The highlight for me was the desserts (I bet you’re shocked about that). The Mickey shaped dessert on the right was some sort of berry flan kind of thing, and I really liked that.”

A ranking of #20 may not sound that good, but Guy spent 83% of his time at Tokyo Disney Resort eating–and most of those meals were good–so it’s a fairly respectable rank. 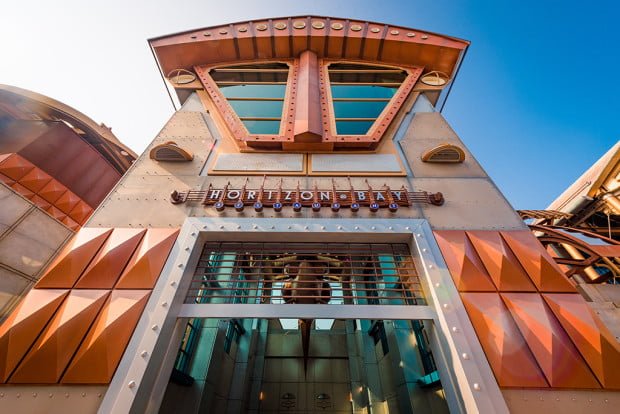 As for Horizon Bay Restaurant’s character dining, I actually could see doing it here, especially if there’s no line to get in. While you do pay a bit of a premium, character meetings can be very difficult in the Tokyo parks. Most meet & greets are mob scenes, and if you aren’t assertive about getting your photo, you won’t get your photo. (The exception to this is face characters, who generally go out of their way meet you if you look American.) The few meet & greets that do have lines have really long lines. So, it might be a small price to pay for meeting characters in a low-stress setting. Honorable Rat has a solid review of the character meal side of the restaurant. 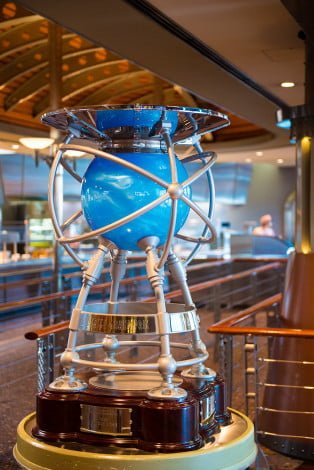 Overall, whether you should dine at Horizon Bay Restaurant depends largely upon what you want to get out of the meal. If you want good food, absolutely. If you want ambiance, absolutely not. I know it seems crazy to judge a restaurant primarily by any criteria other than its food, but this is Disney. More to the point, this is Tokyo DisneySea, a park where theming can be nothing short of brilliant, and that includes the restaurants. Given that, I’d recommend first time visitors to TDS look elsewhere, at restaurants where there’s a better intersection in terms of food quality and theme.

If you found this post interesting, please consider sharing via social media or leaving a comment below. Thanks!

If you’ve dined at Horizon Bay Restaurant, what did you think of it? Is this a restaurant at which you’d like to dine? Are you inconsolable that StormRider is closing? Share your questions and thoughts below in the comments!