“it’s a small world” holiday is an overlay to the classic “it’s a small world” attraction in Disneyland featuring Christmas and other international holidays. This overlay premiered in 1997 and due to its popularity, the overlay has been enhanced several times since then as decorations are added and changed. Unless you’re living under a rock, if you’re a Disney fan, you’re probably aware that the facade of it’s a small world becomes a veritable wall of light during the holiday season as it is illuminated with over colored light bulbs.

The most substantial addition to “it’s a small world” since it debuted in 1997 is a large snowman in the finale room that was added in 2011. This 14-foot tall snowman is made of crystal snowflakes and lit with thousands of lights. The snowman stands atop a 10-food-wide snowflake and holds an illuminated “icicle” sign that that spells out “Happy Holidays” in colors that change as guests float past. The snowman replaces a Christmas tree that was made of horizontally-aligned snowflakes placed in decreasing sizes from bottom to top.

In addition to the beautiful facade, the substance of the attraction itself is also transformed, with everything from the attraction’s title song to large set-piece props in the attraction being added and changed. There are even real bubbles that float down upon guests! Disneyland goes through 75 gallons of bubble juice to make bubbles throughout the season in the South Seas scene! 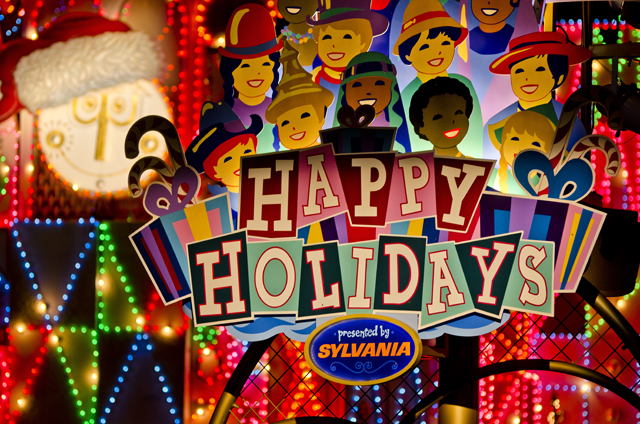 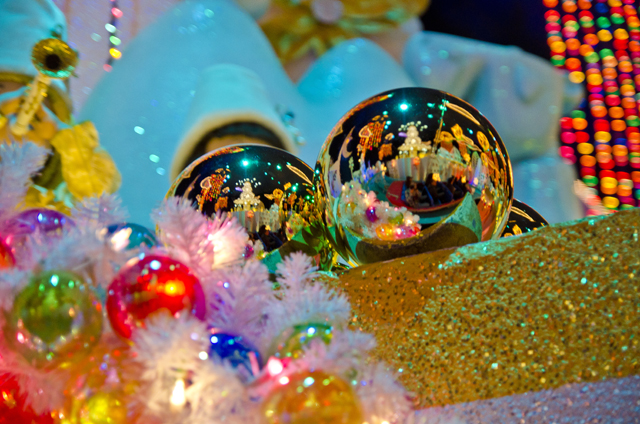 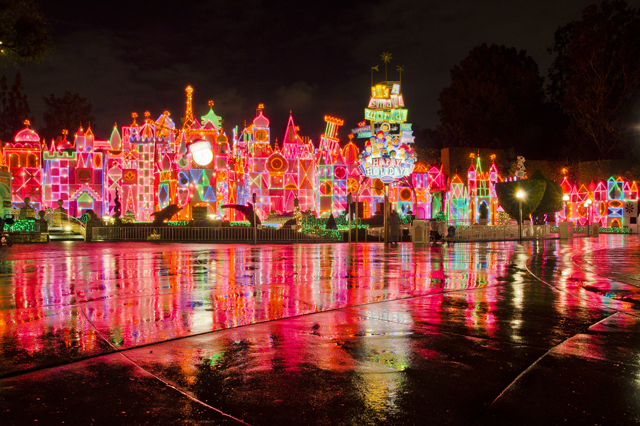 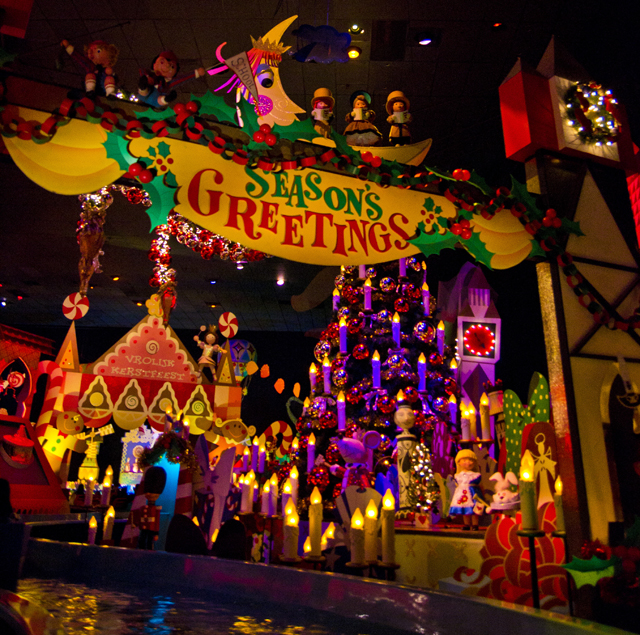 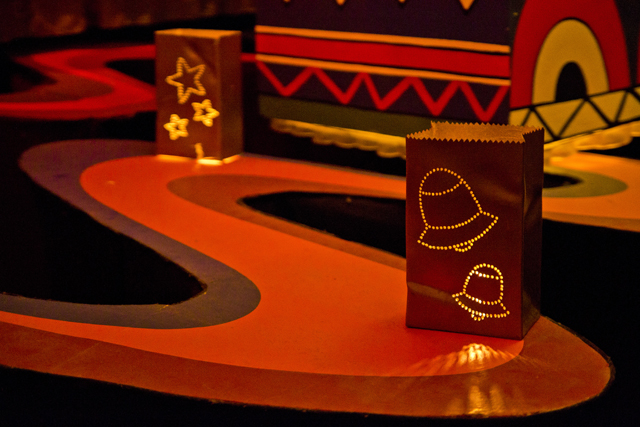 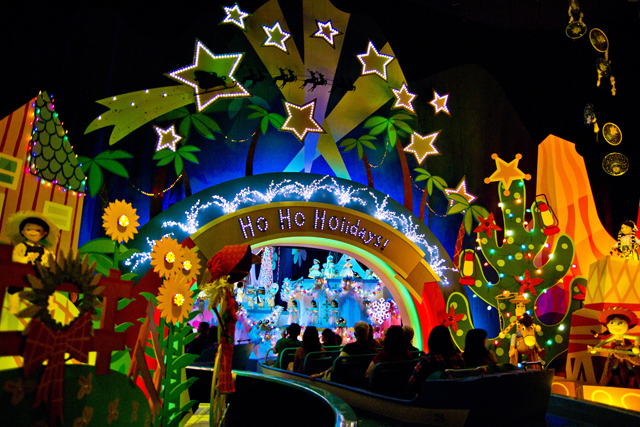 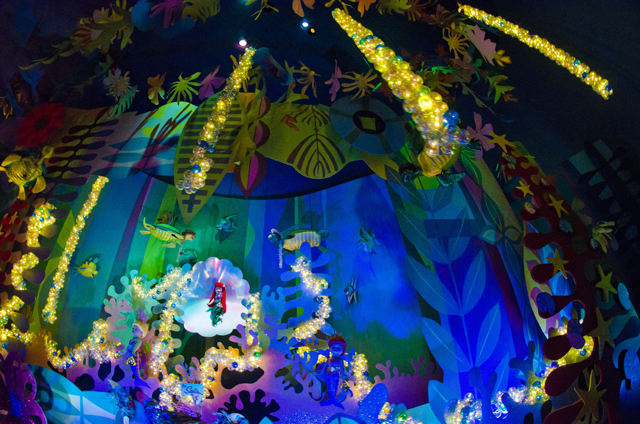 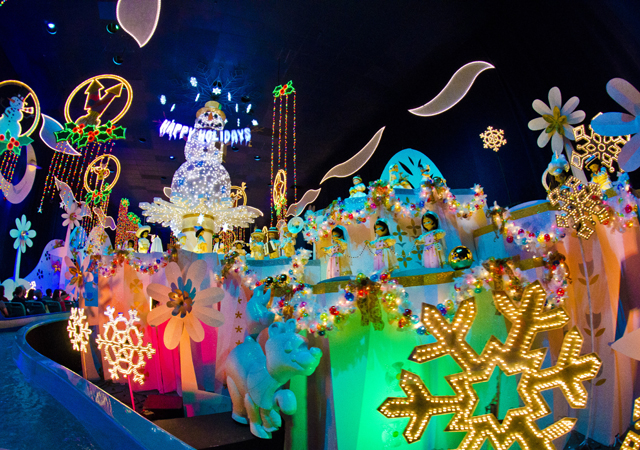 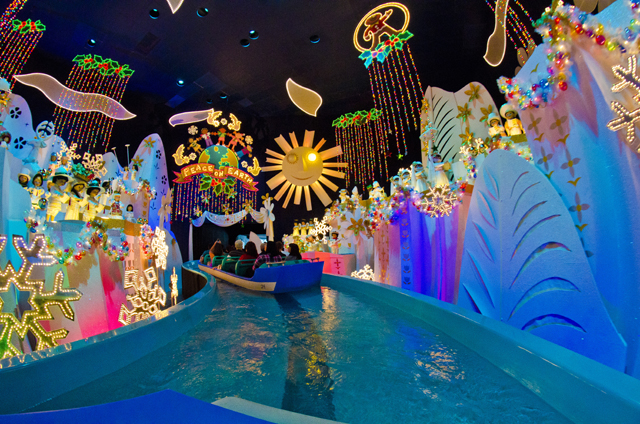 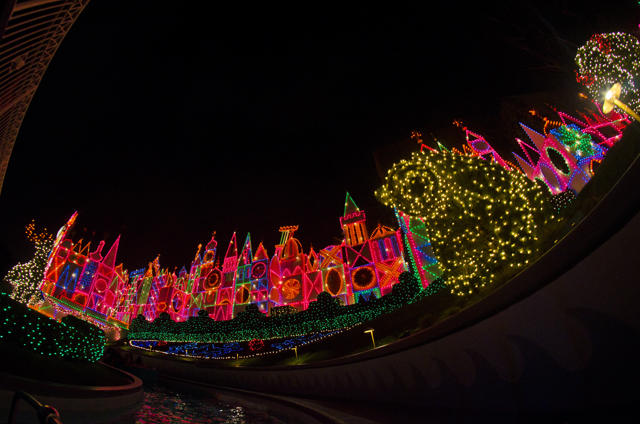 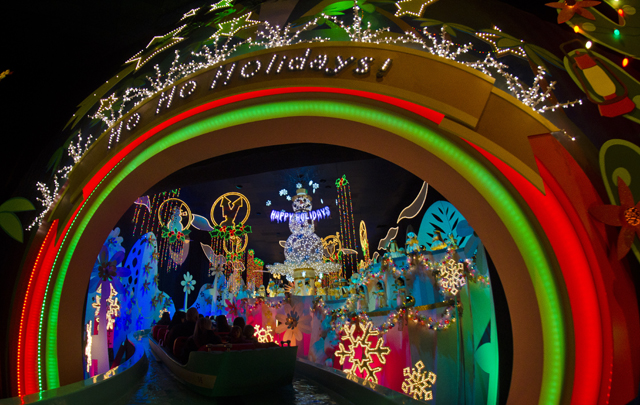 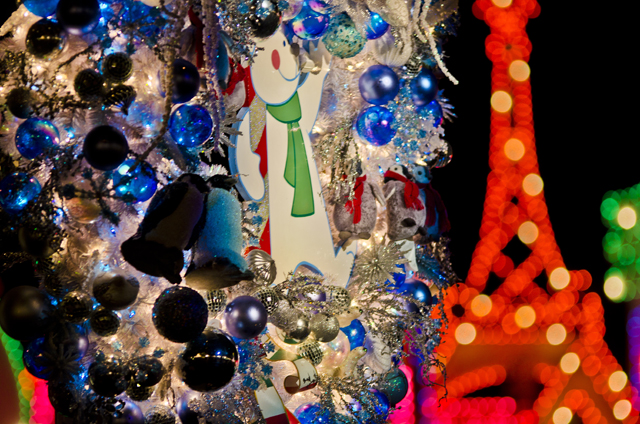 Do you enjoy ‘it’s a small world’ holiday? Share your thoughts in the comments!