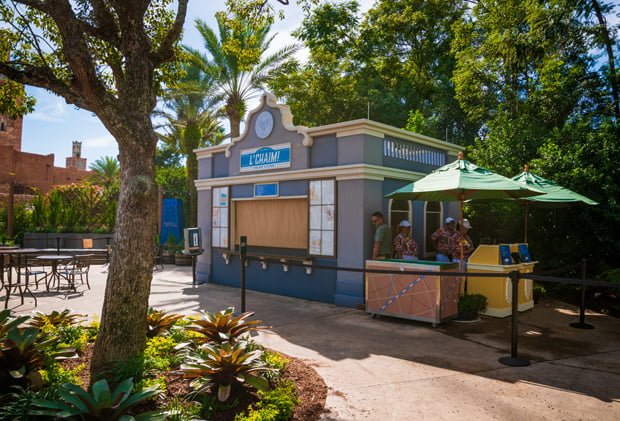 L’Chaim Kitchen at Epcot’s Festival of the Holidays brings a Hannukah-inspired menu to Walt Disney World. Located between France and Morocco in World Showcase, this food booth has a fairly interesting and varied lineup. In this review, we’ll share photos of the snacks and desserts on the menu, and offer our food reviews & tasting notes from L’Chaim.

One thing that I think is interesting (and odd) about L’Chaim is that Walt Disney World indicates these are Jewish-style and Hannukah-inspired dishes, but they are not kosher. While I wouldn’t expect Disney to go out of its way to add a kosher designation to every menu a la the vegetarian, vegan, and ‘kid approved’ listings, it does seem appropriate to have the one menu focusing on Jewish cuisine to be kosher.

Perhaps the ingredients would cost extra? I’m not particularly knowledgeable about sourcing kosher products, but I’d think that there’s a sufficient market for kosher items to have a single booth at the Epcot International Festival of the Holidays with kosher items.

Here’s what’s on the food menu at the L’Chaim Holiday Kitchen: 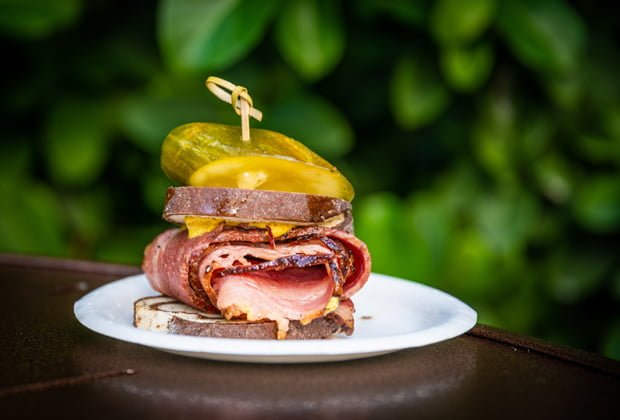 Pastrami on Rye – A staple of Jewish delicatessens, this pastrami on rye is delicious. The portion of meat fairly generous, and it’s nicely seasoned but not overly salty–nor is it too dry.

If you’re looking for a relatively straightforward sandwich, this is an excellent option. It’s nothing incredibly ambitious, but it’s a classic option that gets the fundamentals right. 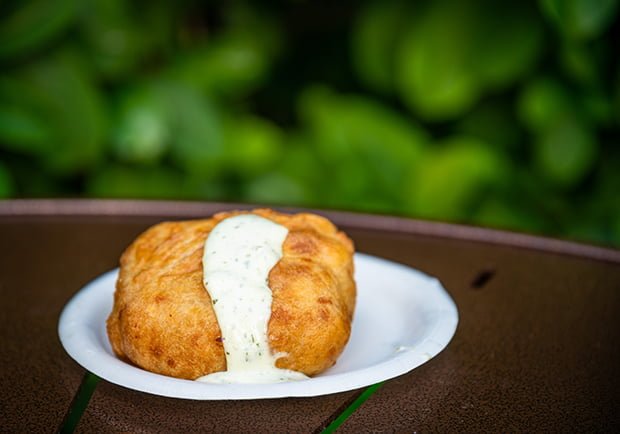 Potato Knish – Once again, I wasn’t paying attention and misread the scene while playing ‘potato or no’ at Epcot’s Festival of the Holidays. I figured this was a puff pastry when looking at it, but when I picked up this dense potato knish, I quickly realized that was not the case.

This item is fine to the extent that you’ve got delicious herb sour cream for each bite, and after that (so less than halfway through), the wheels fall off. All of the flavor is courtesy of that sour cream, with the knish itself just being vaguely potato-y material. This would be both good ‘stomach filler’ and a reasonably good value if you ask for extra herb sour cream. Otherwise, I probably wouldn’t bother. 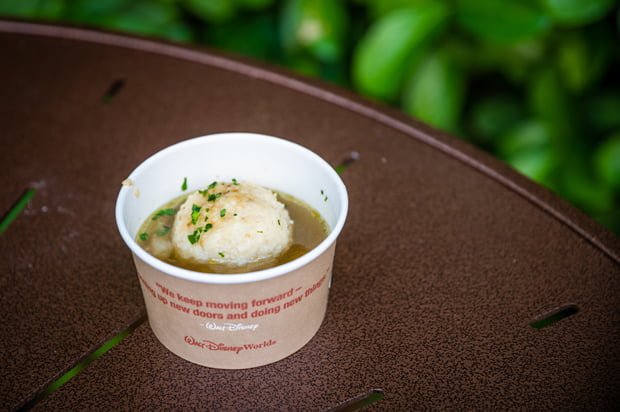 Based on the taste here, I’m guessing what Epcot is serving is not exactly an exemplar of Matzo Ball Soup, as this was basically thin chicken stock with a single matzo ball in it. The ball itself was interesting, although a bit bland. As far as flavor and seasonings went, salt was most noticeable. 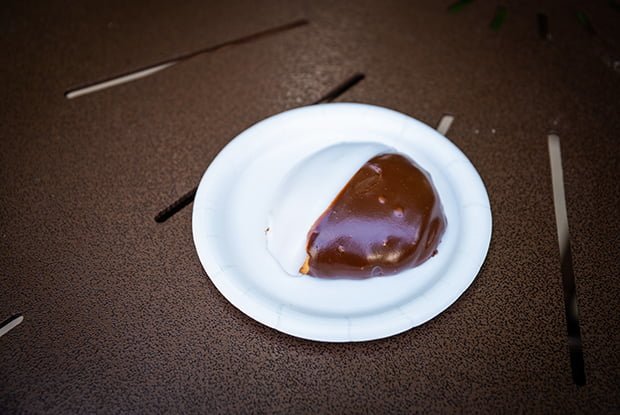 Black and White Cookie – I don’t know what this is supposed to be, but good it was not. Looks-wise, it’s the most interesting of the cookies, and the only one that evokes memories of Seinfeld, so that’s a big plus.

Taste-wise, it’s definitely the worst. I think there’s a shortbread cookie–or something dense–under the layer of hard icing. 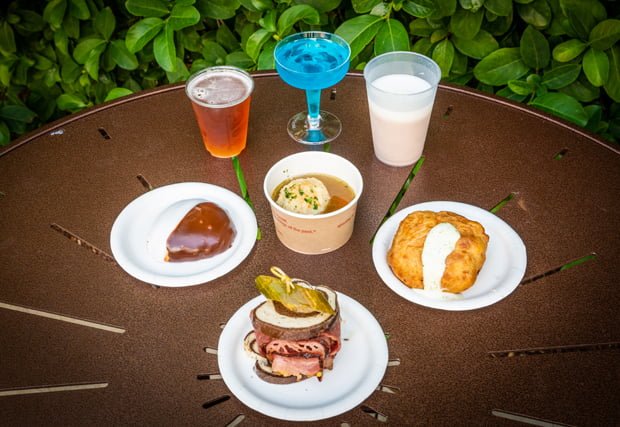 Overall, L’Chaim is a mixed bag. I really wanted to like the Chicken and Matzo Ball Soup since it’s a Jewish holiday staple, but it turned out to by my least favorite item of the bunch. (Well, not counting the cookie, because those aren’t really anything.) The Pastrami on Rye is an excellent option and the Potato Knish is potentially a good and filling option, though, so it’s not as if the L’Chaim Holiday Kitchen is a total loss. Perhaps next year Epcot will offer some traditional Jewish offerings that are delicious…and kosher. Until then, L’Chaim is just fine.

What do you think of the L’Chaim Holiday Kitchen? Have you tried any of the food items at this booth? What did you think of them? If you’re more familiar with Matzo Ball Soup, how do you think Epcot’s version stacks up? Questions we can help you answer? Hearing your feedback–even when you disagree with us–is both interesting to us and helpful to other readers, so please share your thoughts below in the comments!