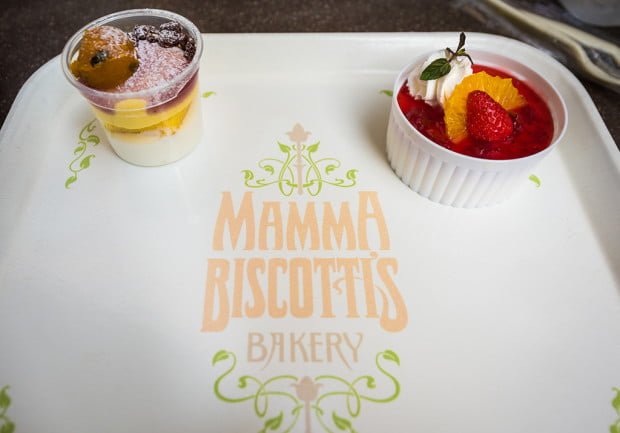 Mamma Biscotti’s Bakery is a counter service restaurant in Mediterranean Harbor at Tokyo DisneySea serving baked goods, sandwiches, and other delicious treats. It’s a relatively small restaurant, with only an outdoor seating area. This review features food photos, thoughts on the bakery, and how this might fit into your schedule at Tokyo DisneySea.

After you’ve gotten your run to Tower of Terror for a FastPass and then do Journey to the Center of the Earth (none of that Toy Story Mania nonsense–in Japan go for the good stuff), you might need to get your breakfast on. Options for this are limited. Ideally, you’d hit up Sultan’s Oasis for a Chandu Tail, one of Japan’s national treasures. If that isn’t an option, or if you’re on the other side of the park, Mamma Biscotti’s is a worthy alternative.

It’s also a popular choice if you are running around Tokyo DisneySea all day, only to discover at park closing that you forgot to eat. Now, one option would be to go back to your hotel and raid the gift shop’s entire stock of pizza flavored Japanese potato chips. That’s a good idea, but what if your hotel is all out of pizza flavored potato chips?! That’s something you won’t know until you get there, and by that time, Mamma Biscotti’s is off the table. Ah, the age old dilemma.

Or maybe there’s some other time of day you might consider eating at Mamma Biscotti’s. Whatever. What you need to know is whether it’s worth visiting? Let’s take a look… 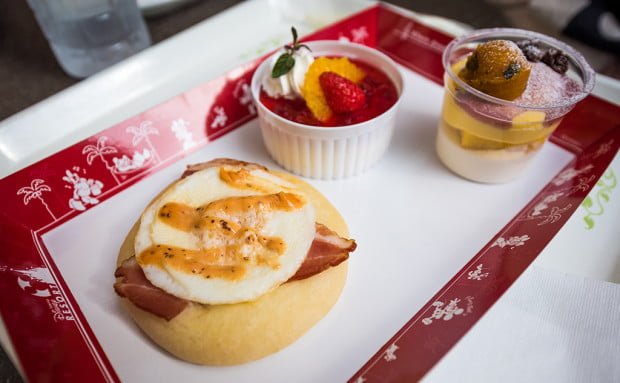 One of the shockingly delicious things Mamma Biscotti serves is focaccia breads with different toppings. Above is the egg & bacon focaccia. That seems pretty normal, right? 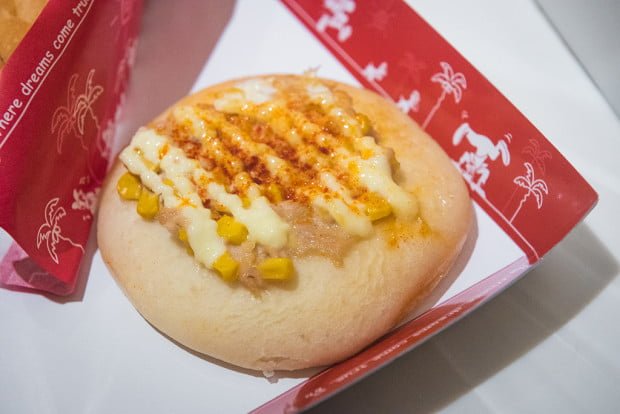 Well, what about the tuna & corn focaccia? Although it might sound…uh, different?…it is also shockingly good. These choices seem to change by the day, but I’ve also seen salmon and BBQ pork focaccia. My life’s goal is to try them all. Pretty ambitious, eh? 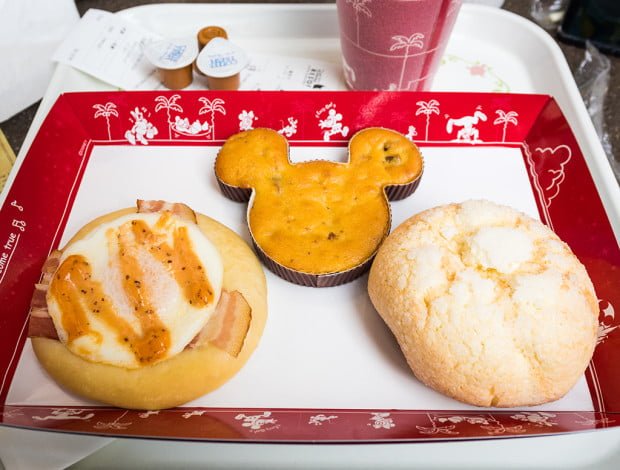 There are also a bunch of Mickey Mouse head danishes (including a meat & potato one!) plus other pastries. Every one of these that I’ve tried has been fresh, and has been good fuel to get started for the day. 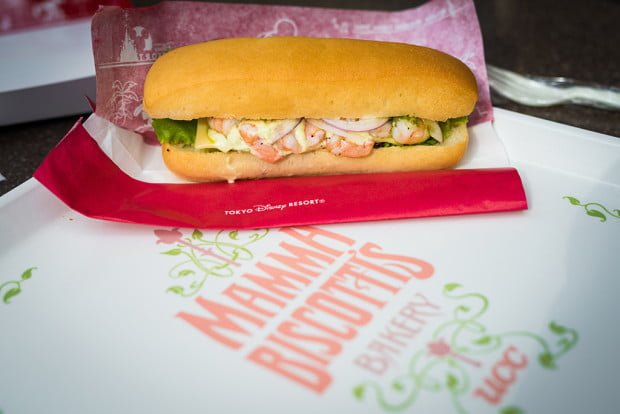 In addition to the pastries and desserts, Mamma Biscotti’s Bakery also serves a few different sandwiches. Although you can get them whenever, I’ve only gotten them at the end of the day when confronted with the situation I described above. Well, not that exact situation since I never forget to eat in Tokyo DisneySea, but a third scenario called, “I’m a pig and eat like 7 meals per day in Tokyo DisneySea.”

While these are good, I’d recommend not doing them first thing unless you’re really hungry. Tokyo DisneySea has amazing food, and you don’t want to fill up on these prematurely. 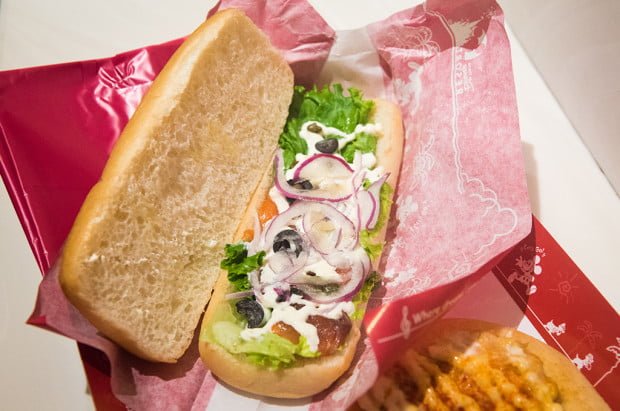 One thing I’ve noticed with the sandwiches is that they’re light on meat and heavy on dressing. Items in the Tokyo parks (and in Japan, generally) being heavy on dressing seems to be a norm. The lack of meat is the bigger issue to me.

Overall, Mamma Biscotti’s Bakery is a place we hit with decent regularity. Whether it’s because we skipped breakfast rushing to get to the park, or late at night, it’s a seemingly popular option for us. Part of this popularity is by default, as it’s a “when nothing else is open” sort of place. Much like we hit Casey’s Corner after a long night in Magic Kingdom, Mamma Biscotti’s tends to be a place for fuel at Tokyo DisneySea. Unlike Casey’s Corner, several of the items here are actually good.

Do you agree or disagree with our take on Mamma Biscotti’s Bakery? Are you a fan of corn and tuna mixed together? Share any questions, tips, or additional thoughts you have in the comments!