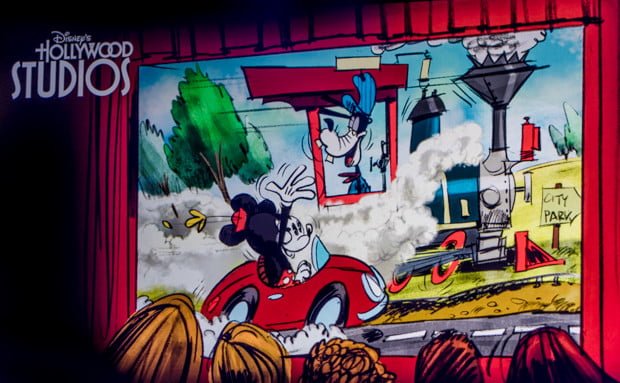 It’s been a while since we’ve dropped in with an update on the latest news and rumors from Walt Disney World (and around the Disney ‘world), so we thought we’d drop in with a few stories. We’ve got new info about Mickey and Minnie’s Runaway Railway at Disney’s Hollywood Studios, updates to Star Tours, and some unfortunate news about John Lasseter.

First up, some new info about Mickey & Minnie’s Runaway Railway. When the new Mickey Mouse attraction was first announced this summer at the D23 Expo, few details were given aside from it pioneering “2.5D” (glasses-free 3D) and featuring a new singable attraction theme song. There was also the promise that it’d be a zany, out-of-control adventure with unpredictable twists and turns, dazzling visual effects, and mind-boggling transformations that happen during the scenes.

From the video presented at the D23 Expo, we could glean that the attraction was probably trackless and probably felt tonally like a modernized Roger Rabbit’s Car Toon Spin. Well, that and a few other details have been confirmed via a scene-by-scene synopsis posted by WDWNT…

That synopsis reveals that much of the queue and pre-show will remain from Great Movie Ride (modified to fit the new attraction), with guests boarding Goofy’s train, driving alongside Mickey & Minnie in a tunnel and park, this is followed by a stampede scene, carnival, tornado, waterfall, dance studio, and factory before arriving in a park for a picnic.

Phew. That sounds a bit eclectic and frenetic, so hopefully Imagineering is able to pull it off in a way that flows and doesn’t feel disjointed. In fairness, if you described Roger Rabbit’s Car Toon Spin (or any number of attractions) on paper only, it would feel similarly chaotic and nonsensical. The end result, however, is strong.

The most exciting part of this, for me, is that the attraction will feature 10+ Audio Animatronics figures. This is still far cry from the number in Great Movie Ride, but at least the attraction won’t be entirely screen-based. We’re still cautiously optimistic, and even though we’re not wild about the visual style of the new Mickey cartoons, hopefully this attraction can achieve a sense of timelessness.

This would tend to support the attraction being the tentpole addition to Walt Disney World for Summer 2019, as no other major additions are currently slated to open then. As we’ve noted several times, Star Wars: Galaxy’s Edge will struggle to meet a Late 2019 opening date (if it doesn’t end up drifting into 2020), so this will be a nice boost for Disney’s Hollywood Studios ahead of that.

We’d expect Walt Disney World to stick to its recent trend of doing Memorial Day grand openings with Mickey & Minnie’s Runaway Railway. As WDWNT notes, a May 1, 2019 grand opening is also possible to celebrate the anniversary of the park. That would require someone at Disney realizing that date is the park’s anniversary…and caring enough to do something to acknowledge it. (Partially joking there…but only partially.) 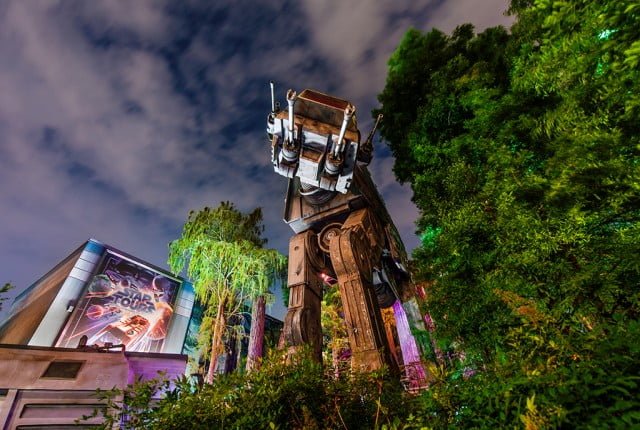 Sticking with Disney’s Hollywood Studios, changes to Star Tours have debuted. In a new scene, guests fly to Batuu, which is the newly-unveiled name of the planet featured in Star Wars: Galaxy’s Edge. In essence, Star Tours is now offering space-tourists a preview of the new land.

While we still expect that to occur eventually (no, Star Tours will not be physically moved to Star Wars land), this changes makes Star Tours thematically-consistent to co-exist with Galaxy’s Edge. That buys the attraction a few more years while other (more urgent) projects are completed, and doesn’t make Star Tours’ existence–outside of Star Wars: Galaxy’s Edge–quite so perplexing. It’s still not an ideal scenario, but it’s probably the best near-term solution. 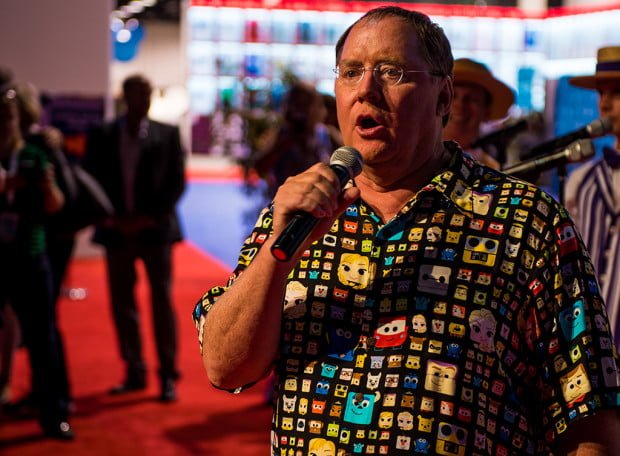 Next, a story we’re disappointed to be reporting. In the latest of a seemingly-endless stream of sexual harassment allegations, John Lasseter announced he was taking a leave of absence from Pixar due to “missteps.” This came ahead of stories from the Hollywood Reporter and Variety detailing a pattern of misconduct over the last two decades.

Given the reticence of sources in those articles to speak publicly for fear of reprisal, it seems entirely possible that more women will feel emboldened by these stories, and come forward. If that does occur, expect Lasseter’s current 6-month sabbatical to become a resignation or termination.

The response to this from some Disney fans has been…discouraging, to say the least. Condemning someone’s abhorrent behavior should not be transactional. They shouldn’t get a pass because you like their creative output or agree with their political philosophy–or anything else.

You can simultaneously appreciate Lasseter’s past creative work at Pixar, and what he’s done to turn around Walt Disney Animation while acknowledging that Pixar and Disney should move forward without him. Accepting that what he has done is egregious and expecting he be held accountable for his actions is not a betrayal of your fandom. It does not somehow invalidate the movies he’s helped create that you cherish.

It truly pained us to read Lasseter’s statement and hear the allegations against him, but we in no way feel obliged to offer a blind defense of him. To the contrary, we hope Disney handles this appropriately, and undertakes an independent review of Pixar to ensure whatever ‘culture’ that has enabled this does not persist. 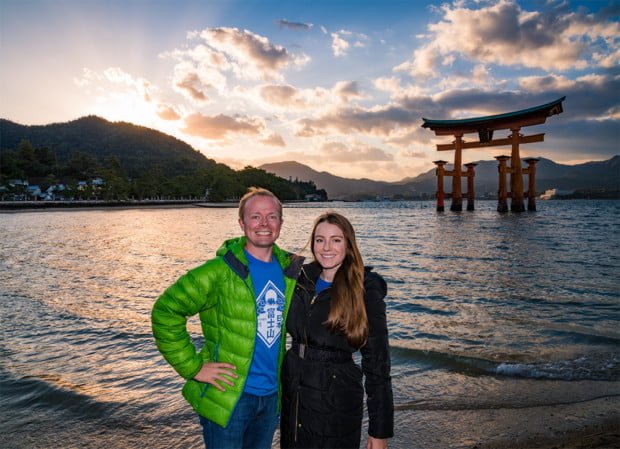 Rather than ending the update on that downer, we’ll end it on a positive note…at least for us personally. If you’ve been following us on social media, you might know we’re currently in Japan. Last week, we had the chance to cross something off our travel bucket list: watching the tide rise at Itsukushima Shrine.

Epcot fans should recognize that floating torii behind us: it’s the real-world inspiration for the floating torii in World Showcase’s Japan pavilion. Earlier in the day when that photo was taken, we were standing directly under that torii (during low tide). Later that evening, the spot where we were standing was submerged by another foot of water.

We’ve since headed to Kyoto where I’ve been running around non-stop photographing the fall colors (they are blazing) of the Japanese maple trees. You can see some of the autumn foliage shots of Japan I’ve taken here. We’ve also been posting a semi-live trip report of our adventures in Japan.

What do you think of these news & rumors? Does the description of Mickey & Minnie’s Runaway Railway make you more or less excited about that attraction? What about the inclusion of AAs? Thoughts about Star Tours and Star Wars: Galaxy’s Edge co-existing? Reaction to the Lasseter news? Any questions about any of the other news? We love hearing from readers, so please share any other thoughts or questions you have in the comments!