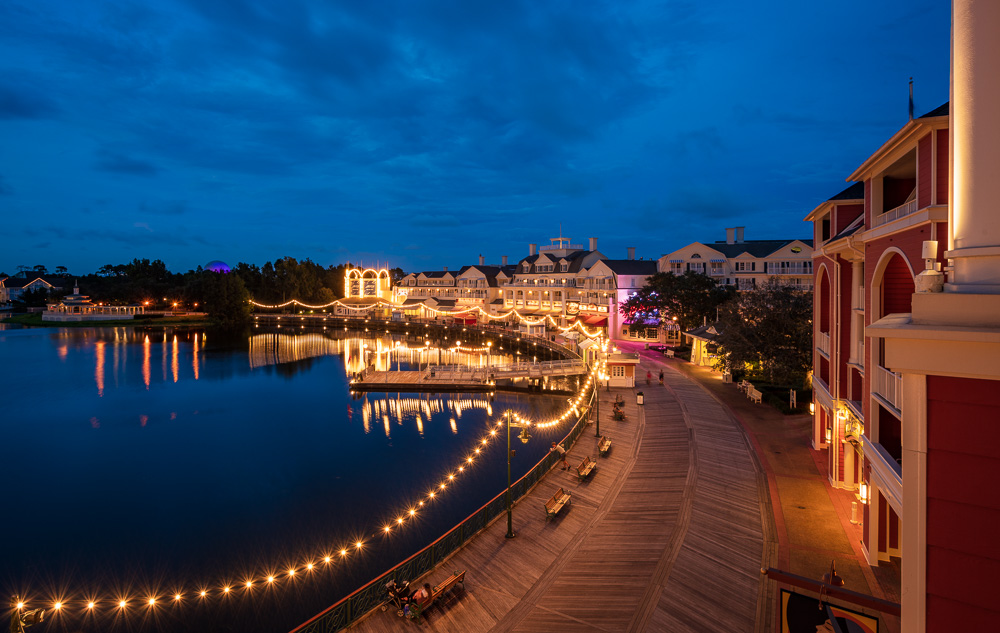 This follows reimaginings of Disney’s Contemporary and Polynesian Village Resorts last year, which brought with them a range of enhancements including character-inspired guest rooms (Incredibles and Moana, respectively). It also comes after lobby overhauls to a number of resorts, and as Walt Disney World converts a number of guest rooms at Grand Floridian to Disney Vacation Club villas. Expect elements of those enhancements to appear at Disney’s BoardWalk Inn, too.

In terms of what the project will entail, the announcement is fairly vague, with Disney stating that it’ll be making “a seaside splash at Disney’s BoardWalk!” Over the next few years, Walt Disney World is adding and reimagining elements of the beloved turn-of-the-century promenade and inside the Deluxe Resort, including a charming new lobby design, nearby coffee bar, delectable dining options, refreshed guest rooms, and other special touches. 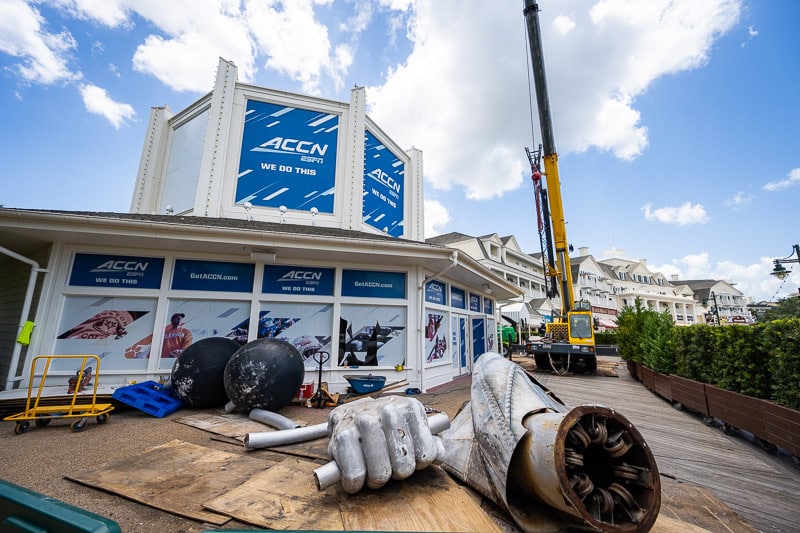 November 16, 2022 Update: Walt Disney World has released new concept art for the Cake Bake Shop, and how its exterior will be redesigned as it takes shape from the closed ESPN Club. As shown in this concept art, there will be two entrances. The existing entrance will become the bakery, and another will be added for the restaurant. In addition to that, large french doors will open to the outside, keeping the space light and airy–a stark contrast to the ESPN Club.

I’m of two minds about this exterior concept art for the Cake Bake Shop. On the one hand, the bakery entrance reminds me of a faux storefront of a high end shop inside a ritzy mall. That’s not meant as a positive. On the other hand, the restaurant side softens up the blocky and uninviting exterior of the former ESPN Club, which never looked quite right as compared to the rest of the BoardWalk. (It was simply more familiar to most fans, since it had always been there.) I don’t expect this to be a perfect fit, either, but it should be better than ESPN Club. 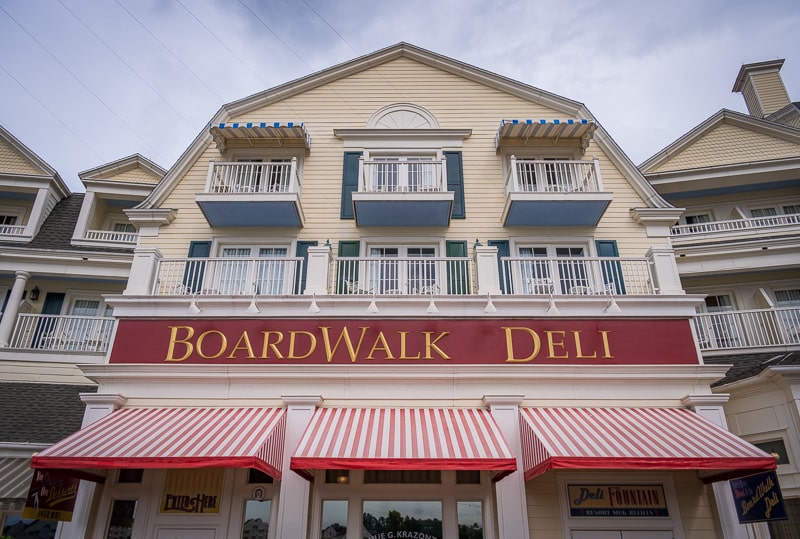 With this new table service restaurant and sweet spot on the horizon, the BoardWalk Bakery has become BoardWalk Deli, a “new” sandwich shop for guests to enjoy a bite along the water’s edge. This joins other food and beverage locations, like BoardWalk Ice Cream.

In terms of commentary, most of this is pretty vague. Let’s start with the main detail, which is that the Cake Bake Shop by Gwendolyn Rogers is joining the restaurant lineup at Disney’s BoardWalk Inn. Although unstated in the press release, this is likely replacing ESPN Club.

Although that’s a curious decision given the unique nature of ESPN Club and its popularity during major sporting events like the Super Bowl, we’ve heard from multiple sources during the phased reopening that ESPN Club is permanently closed. While it could replace a different dining location, our strong suspicion is that the Cake Bake Shop by Gwendolyn Rogers is destined for the former ESPN Club location. 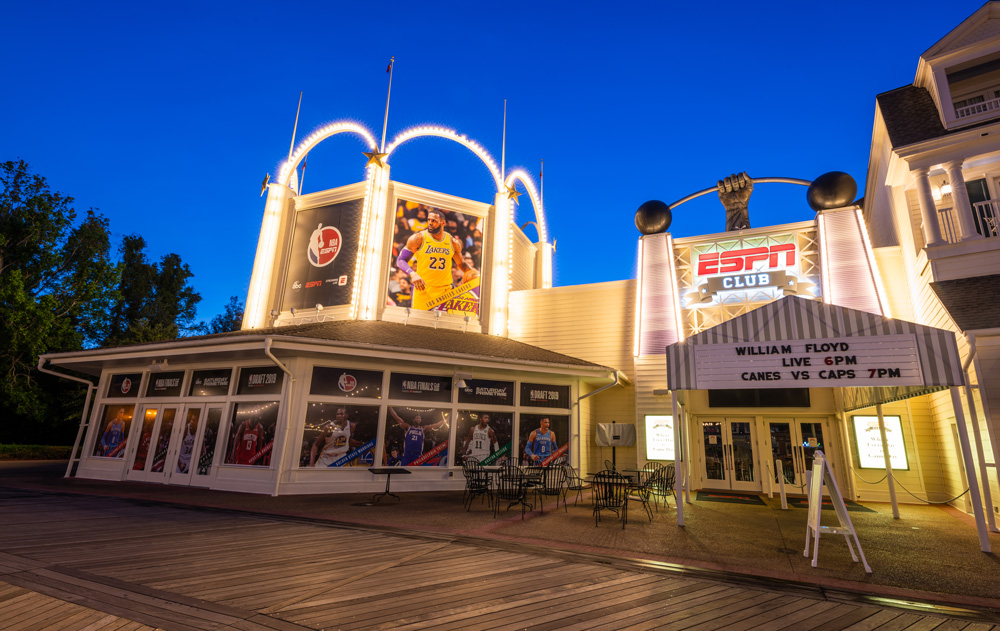 In a perfect world, Disney would relocate ESPN Club to former location of the short-lived NBA Experience, giving the company’s flagship sports brand an even larger location–and one that’s easier to access for locals. There’s a lot from NBA Experience that could presumably be reused and repurposed, with the venue becoming a hybrid interactive experience and sports bar.

I would not expect that to happen–that move is simply too logical. More likely, Walt Disney World is satisfied with the number of small sports bars in other resorts (and large third party ones at Disney Springs) and ESPN Club will fade away. 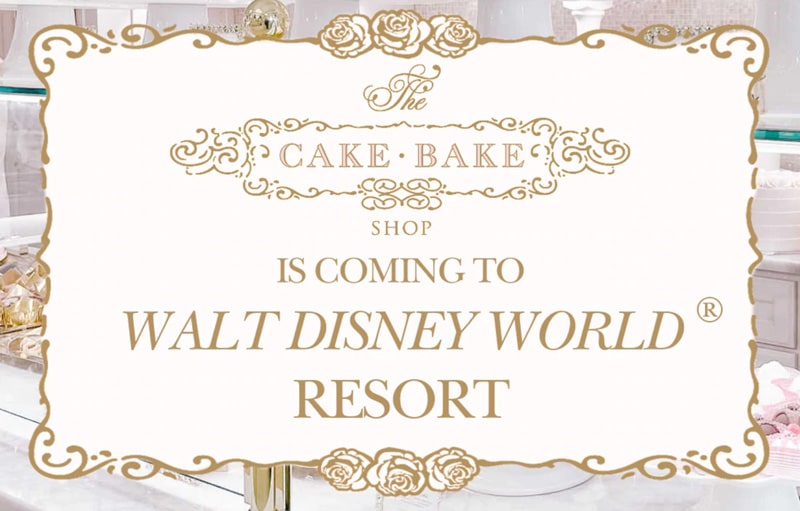 We are vaguely familiar with the Cake Bake Shop as it’s incredibly popular in Indianapolis, where we used to live. Neither of us have ever been there (it’s my understanding that it books up months in advance), but all of our friends and Sarah’s family rave about it. Locally, Gwendolyn Rogers is an aspirational success story.

In fact, between the time this news broke and we prepared to publish the story, Sarah has received multiple cake photo-filled text messages from family and friends, some of whom are not even Disney fans, who are excited about the news. Word travels fast in Indy, I guess. 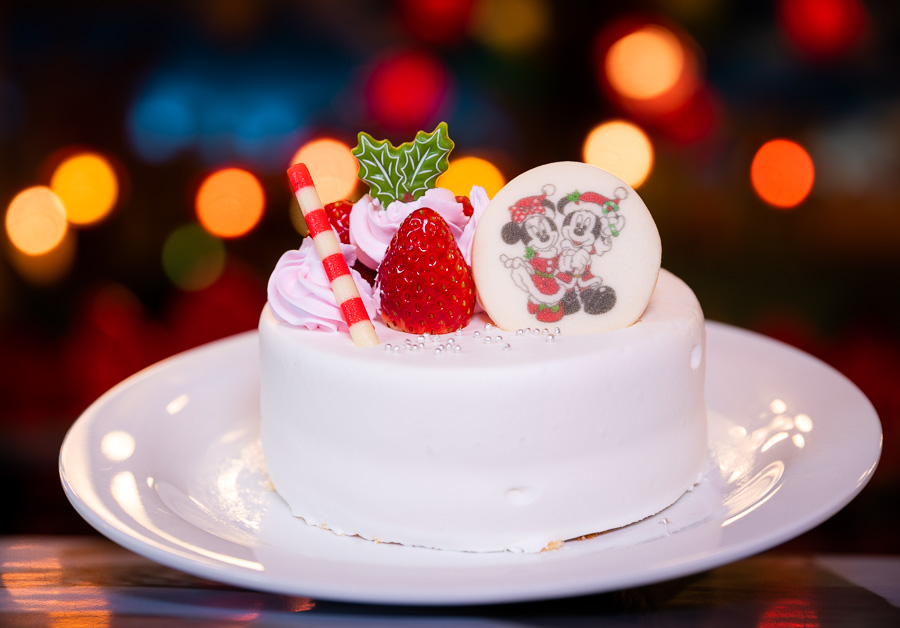 The Cake Bake Shop’s second location in Carmel, Indiana is enormous, so that should explain how they’re going to fill a space as large as ESPN Club. (Above photo is not from the Cake Bake Shop–I was just reminiscing about my favorite Disney cakes and found that.)

Personally, I was hoping that would be turned into a themed escape room, but world-class cake shop is a nice consolation prize. I’m always looking for new and innovative excuses to eat cake, and this should fit the bill nicely. 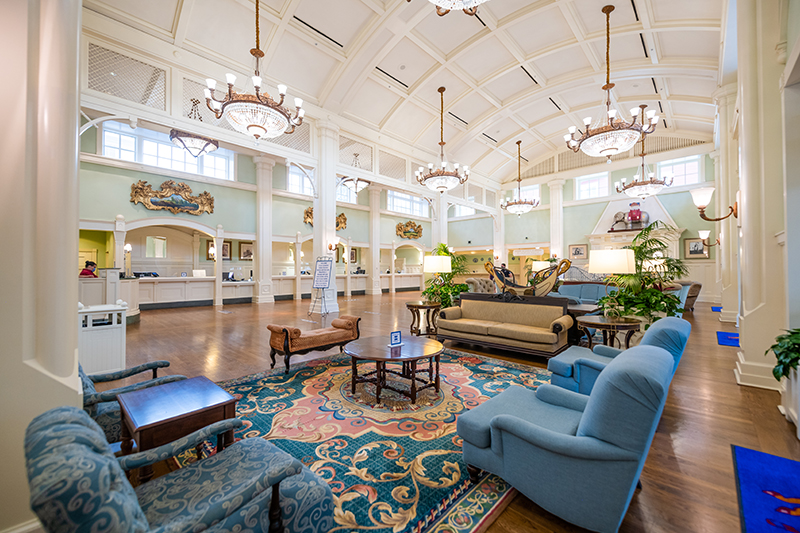 As for the rest of this news, we’re cautiously optimistic about most of it. I do not think BoardWalk Inn needs lobby enhancements. The area is already the perfect mix of charming, well-appointed, and exquisitely themed. It’s not dated in a 1990s way, and is unlikely to benefit from any reimagining.

I fear that any changes to the lobby will amount to introducing design flourishes touches that signal it’s a modern luxury hotel, but are at odds with the underlying themed design. That’s already happened at other Deluxe Resorts, with the refreshed Yacht Club lobby probably being the best example of the changes that’ll come to BoardWalk Inn.

I also worry that some of the quirky (and frankly, creepy) details will be lost. There’s minimal upside that can come from Imagineering messing with BoardWalk’s lobby, and a lot of downside.

As for BoardWalk Bakery becoming the BoardWalk Deli sandwich shop, the jury is still out on that. We’ve said for years that the Deluxe Resorts in the Crescent Lake area need better counter service restaurant options. The recently redone marketplaces at Yacht & Beach Club are improvements, but really only half-measures.

Our expectation is that BoardWalk Bakery will be similar in that regard–an imperfect solution, but still an upgrade from what’s there now. Given the space constraints and layout alone, it’s hard to imagine the current BoardWalk Bakery changing a ton. We shall see. (Update: we have since seen, and the biggest difference is the name change. They also repainted the walls a lighter color.) 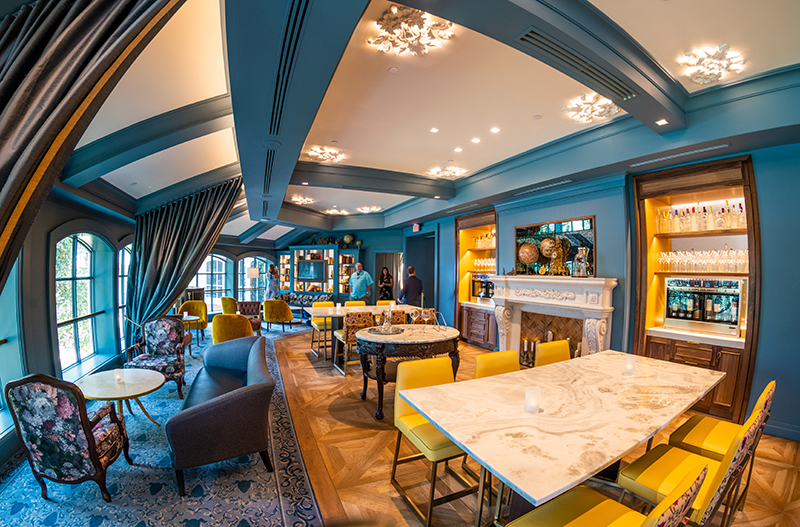 It’s a similar story with the nearby coffee bar, which we assume will be a replacement for, or reimagining of, Belle Vue Lounge. The utilization and appeal of this lounge could definitely be improved, but Belle Vue does have a passionate fanbase as a ‘secret spot’ or ‘hidden gem.’

In that sense, this reminds me a lot of Mizner’s Lounge at the Grand Floridian. That was beloved among its loyalists, but nevertheless needed a refresh to give it new life and more mainstream appeal. So long as Disney doesn’t go full “Enchanted Rose” on Belle Vue Lounge, this should be a good upgrade. 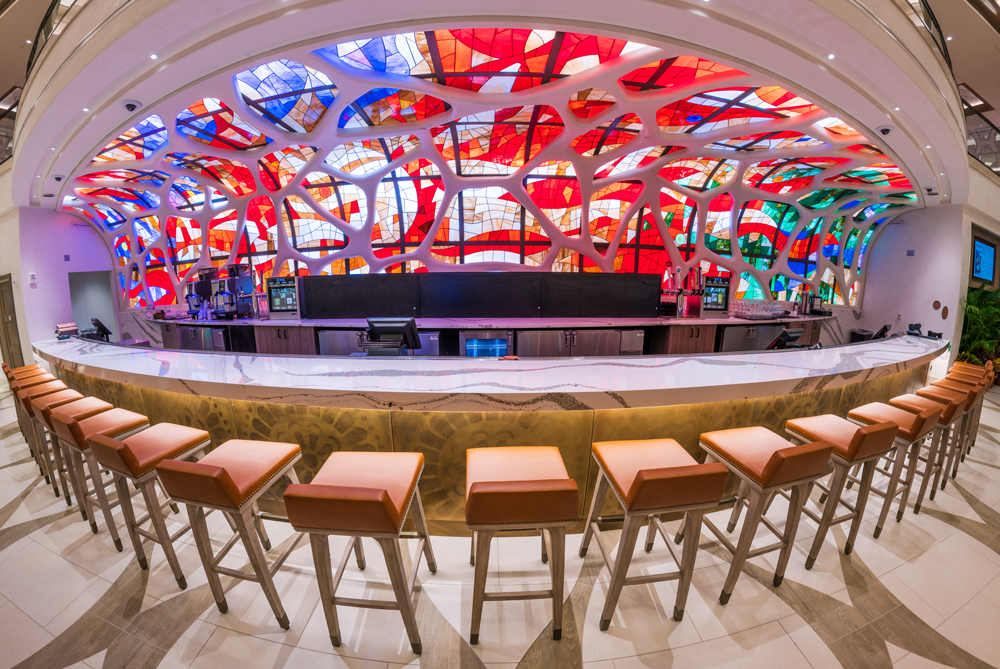 From our perspective, a good template here would be Barcelona Lounge at Gran Destino Tower. Not in style (as pretty as that is, it obviously should not be replicated at Belle Vue), but in its mixed nature.

Barcelona Lounge does a nice job of embracing café society, with a day-to-night espresso bar that transitions to a Spanish-style Gin Tonic hub in the evening. It’s perfectly suited for both–airy and inviting with bright natural light during the day, moody and alive at night. Granted, Barcelona Lounge was purpose-built with this in mind and it’s unlikely Belle Vue Lounge could be retrofit into something like this, but it’s the right idea. 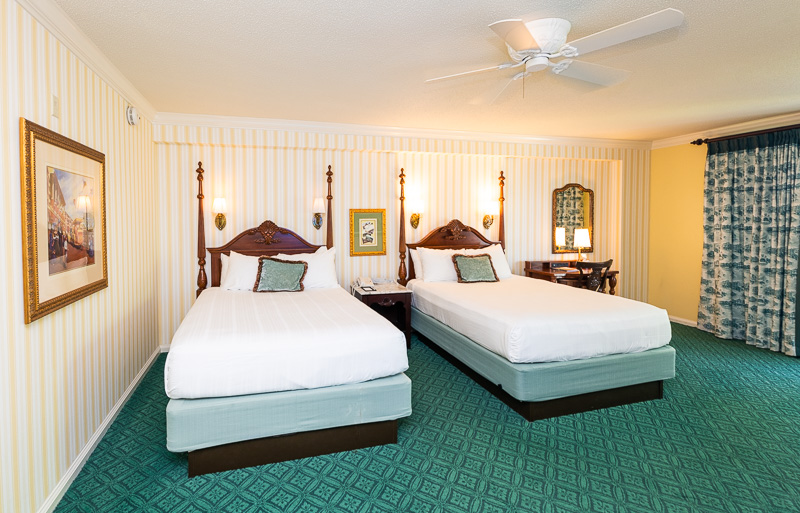 The guest rooms at Disney’s BoardWalk Resort could definitely use a reimagining. This goes for both the BoardWalk Inn (pictured above) and BoardWalk Villas.

The hotel side rooms are well-themed and have some great details, but they feel more and more like relics from the 1990s with each passing year. As much as I’d personally love themed-to-the-hilt hotel rooms, there’s also the practical reality of guest expectations, and these simply do not comport with the ~$700 nightly price point. 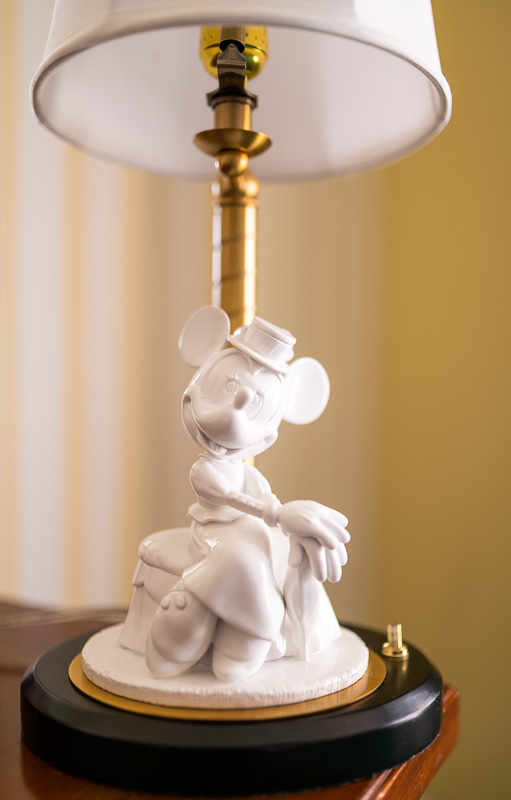 Given the recent Moana Makeover at the Poly and Incredibles Injection at the Contemporary, it’s likely that the room overhauls at Disney’s BoardWalk Inn will feature characters.

The bigger question is, which ones? The redo of the creepy clown pool replaced that cursed character with Mickey and Minnie Mouse, and we’d love to see the same happen with the guest rooms. With our luck, it’ll actually end up being Toy Story or some other equally illogical IP. 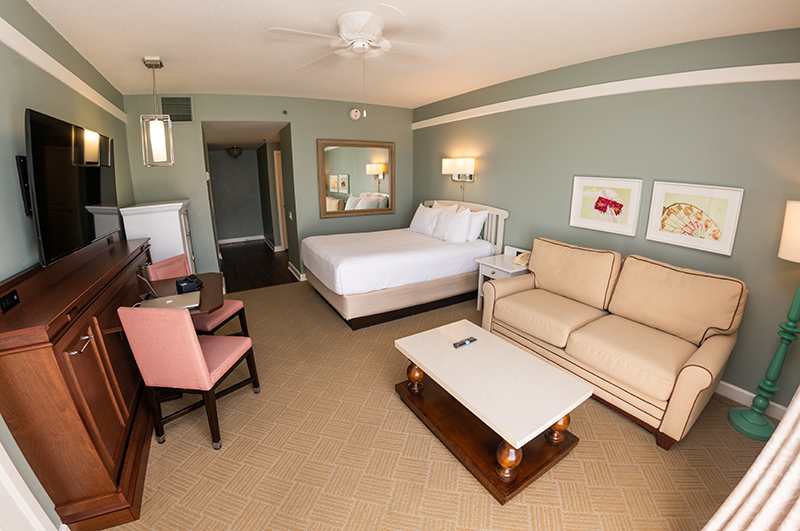 Then there are the Disney Vacation Club rooms, which are among the dullest villas at Walt Disney World. These were refurbished at the start of the ‘modernization’ wave, before Imagineering hit its stride balancing theme, functionality, and high-end finishings. They’re underwhelming as compared to the newer rooms at Riviera, Saratoga, Grand Floridian, or the Poly Villas.

However, there’s no word yet on whether the BoardWalk Villas will be included in the room refurbishments. I don’t recall seeing this on the DVC schedule, so either they’ll be a late addition (which does happen) or this reimagining will solely focus on the hotel side of Disney’s BoardWalk Resort. 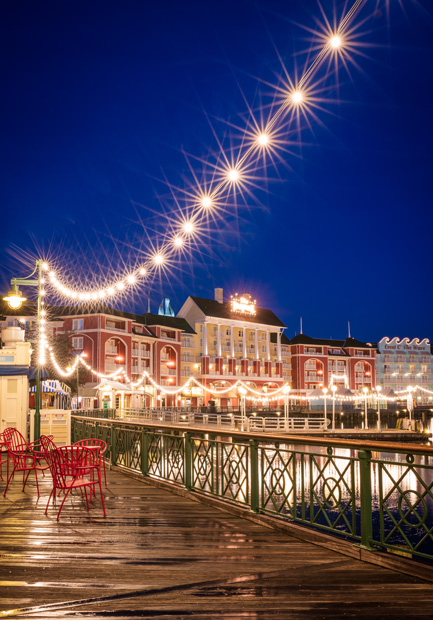 Ultimately, we’re big fans of Disney’s BoardWalk Inn and hope its quirky character and charm are preserved through this reimagining and likely modernization. However, we also are cognizant of its shortcomings and room for growth. Aside from Trattoria al Forno and Flying Fish, the dining options are fairly underwhelming. There are also a lot of spaces that have stagnated for years and could use a shot in the arm.

Aside from the lobby, there’s not much cause for concern about this reimagining of Disney’s BoardWalk Inn. The upside with everything else is high, and the downside low. While the BoardWalk wouldn’t be my next pick for a hotel reimagining project (Grand Floridian and Contemporary both need a lot more help–beyond what the scope of their current construction entails), I’m cautiously optimistic about this. Hopefully Imagineering uses a deft touch to bring BoardWalk into the 21st century while maintaining its (last) turn of the century personality.

What do you think of the new additions and changes coming to Disney’s BoardWalk Resort? Excited for the Cake Bake Shop by Gwendolyn Rogers or will you miss ESPN Club? Think this reimagining will work with the hotel theme, or is it unnecessary? Have you stayed at the BoardWalk Inn or Villas in the last few years? Do you think the resort is dated and tired, or still has a good look? Think the lobby, guest rooms, or both need an overhaul? Do you agree or disagree with our assessment? Other thoughts or concerns? Any questions we can help you answer? Hearing your feedback–even when you disagree with us–is both interesting to us and helpful to other readers, so please share your thoughts below in the comments!