New York Deli is a counter service restaurant in Tokyo DisneySea’s American Waterfront port-of-call. The Deli serves a variety of small sandwiches similar in nature to what you might find at an actual deli in New York. The flagship menu item here is the Mile High Deli Stack, which is so popular(?) that there are posters for it elsewhere in the American Waterfront. Other than that, there are a few other sandwiches and a salad.

It is themed after a local New York deli (pretty obvious given then name), but the restaurant also bleeds over into the surrounding storefronts in American Waterfront, with seating areas representing a variety of other small shops and the personality of their proprietor. Suffice to say, this restaurant has a pretty thorough backstory, especially for a counter service spot. 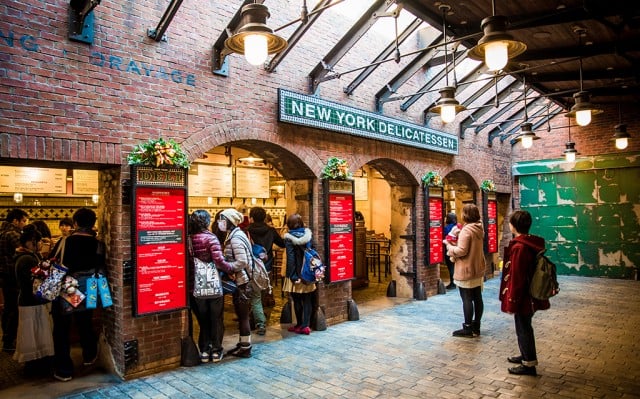 Here’s the ordering area. Interestingly, we found New York Deli to be one of the more popular restaurants at Tokyo DisneySea. My speculation as to why is because it’s near the front of the park on the way to Toy Story Mania, and because it is a “New York” restaurant, with American locales being popular in Japan. 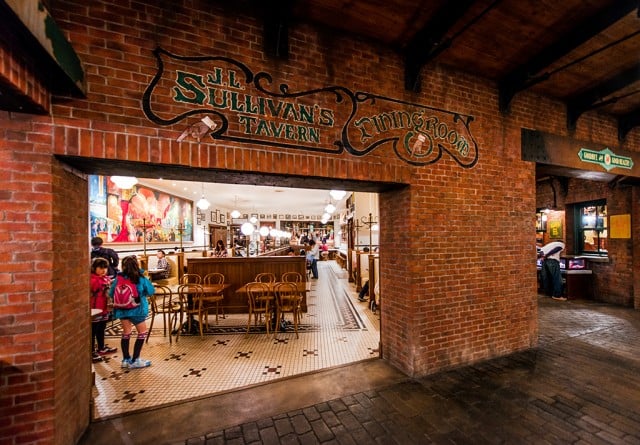 The main dining room is J.J. Sullivan’s Tavern & Dining Room. The tavern portion of this basically is just a bar adjacent to the tap area in the restaurant (after you order a beer, you get a token to take to the bartender). Even if you don’t dine at New York Deli, it’s worth stopping in here to grab a beer and wander through the various dining rooms. 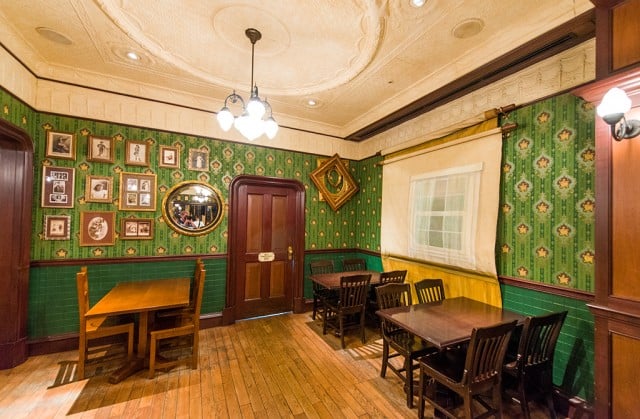 I don’t recall the proprietor’s name here, but this area was a small photo studio that was taken over by the New York Deli. You can see some of the photographer’s portraits on the walls, plus backdrops. 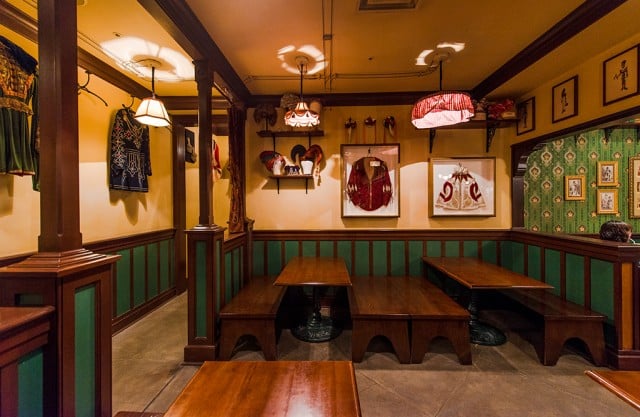 A couple of the rooms are themed to a converted tailor shop, too. There are outfits (and lots of hats!) in this area, but what I found most interesting was that every light fixture had a different type of fabric shade. I’m not really sure what this has to do with tailoring, but it’s cool regardless. 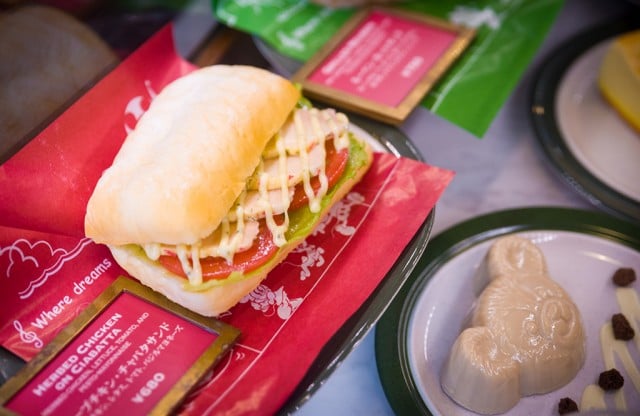 The food at New York Deli isn’t nearly as inspired as the decor. It’s by no means bad, but the menu pretty much just consists of standard sandwiches. They’re all good, but they’re also small, and not nearly as good as some of the other excellent counter service options at Tokyo DisneySea. 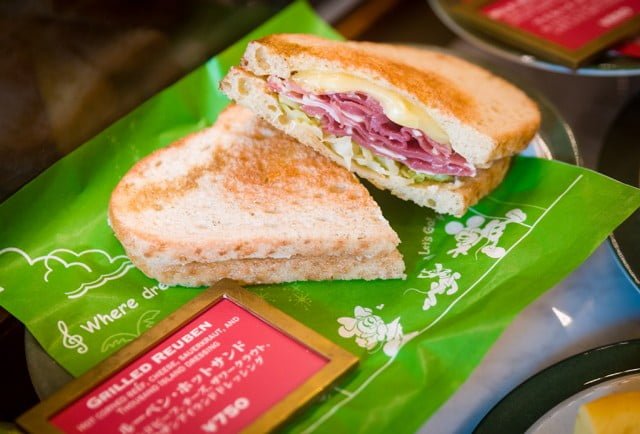 We can’t speak to the above sandwiches as we didn’t try the Reuben or Herbed Chicken. These are the display case models. 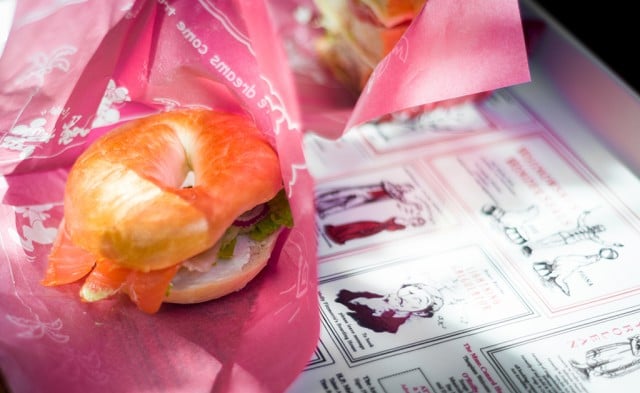 Sarah ordered the Shrimp and Salmon on Soft Bagel, which she really liked. I thought it had great flavor, too. The sandwich was a bit small, but given that salmon, shrimp, and avocado were the main ingredients, this wasn’t too much of a surprise. In fairness, it was also only $6, so price-wise it was somewhere between a snack and counter service entree. 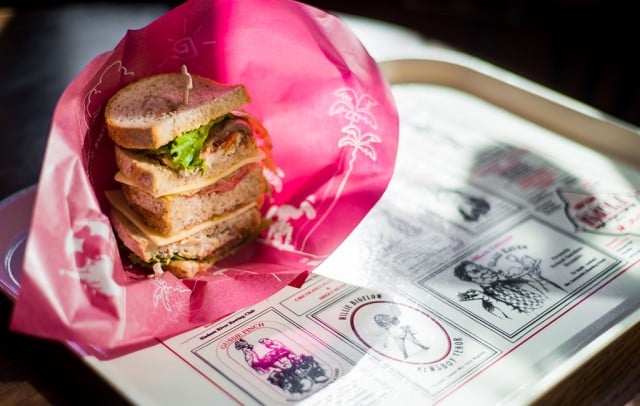 This is the world famous Mile High Deli Stack. Also, notice the tray below the sandwich. It looks like the placemats you can (to this day) find at small, hometown restaurants that carry advertisements for other local businesses. In this case, the other local businesses are mostly the various dining rooms in New York Deli. Pretty cool way of conveying the backstory to guests.

Let’s take another look at this little gem… 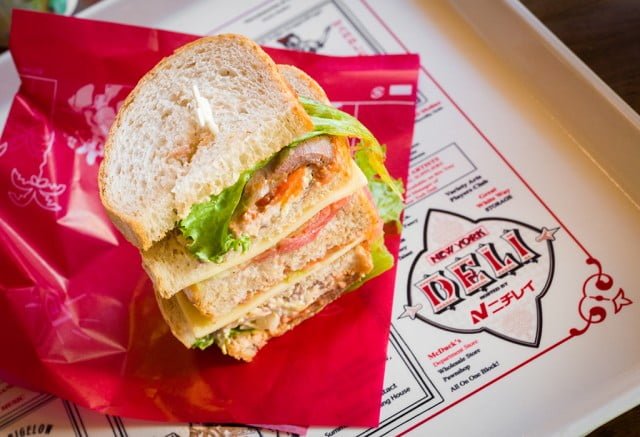 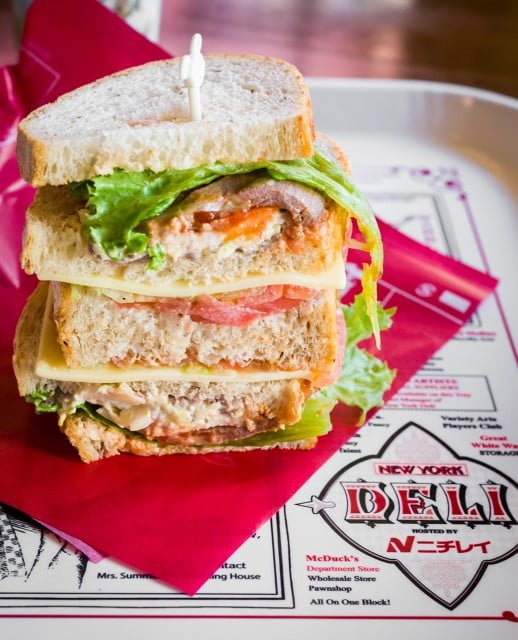 This sandwich was actually really, really good. The sauerkraut sauce gave it a nice flavor, and although there was a bit more sauce than I found necessary, it still gave a unique flair to an otherwise fairly standard sandwich. The Mile High Deli Stack was filling, but it was also $9, so it was basically the price of a regular entree. 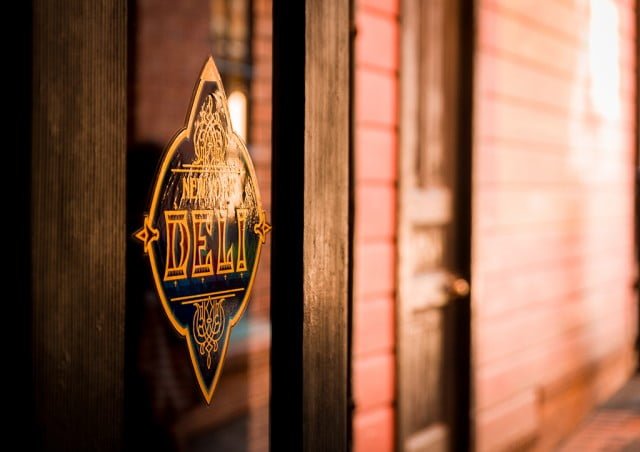 Overall, New York Deli is an interesting counter service restaurant. The ambiance is incredible and the food is pretty good, but we both felt it amounted to one of our least favorite counter service restaurants at Tokyo DisneySea. This is almost completely the result of the plethora of great counter service options at Tokyo DisneySea, and isn’t exactly a bad “problem” to have. If this were a restaurant in some other Disney theme parks, it would be one of the best options by leaps and bounds. But…it’s not in other parks. So, unless you have people in your party with serious affinities for sandwiches or who are picky eaters, you’re probably better off stopping elsewhere for lunch. Another good option would be to stop here and split the Mile High Deli Stack between a couple of people in your party. It’s a really good sandwich, and there’s a certain novelty to eating a “mile high” sandwich in a New York deli…in the middle of a theme park in Tokyo, Japan. 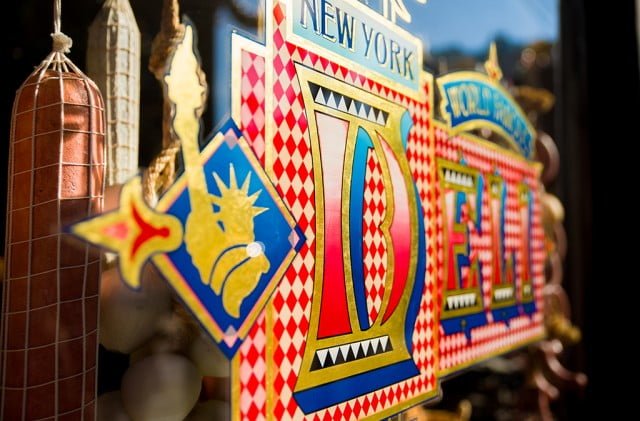 Have you dined at the New York Deli? What did you think of their “world famous” sandwiches? Which dining room is your favorite? If you have any questions or thoughts to share, please post them in the comments. We love hearing from readers!