In my Nikon D600 Review that I posted upon first receiving my D600, I mostly presented lab-style shots comparing the camera to the Nikon D700 and Nikon D7000. As I’m not too keen on cold and calculated lab-style photos (most photographers edit their photos and don’t confine themselves to lab settings when actually taking photos), I thought I’d follow up on that post with some real world images that I captured at Walt Disney World to demonstrate what the camera is truly capable of accomplishing.

I’ve tried to present an array of situations so those photographers considering buying a Nikon D600 will find this post helpful. I think these images and my explanations should make the decision as to whether you want to purchase a Nikon D600 (or go with a Nikon D800, D700, or D7000 instead) a whole lot easier.

Don’t worry, if you’re simply a Walt Disney World fan looking for some nice photos, you can scroll past all of the jargon and simply enjoy the photos.

I’ll delve into the specific circumstances surrounding each photo below the shot, but as a general baseline, all of these photos are single exposures edited exclusively in Adobe Camera Raw (except for resizing in Photoshop). 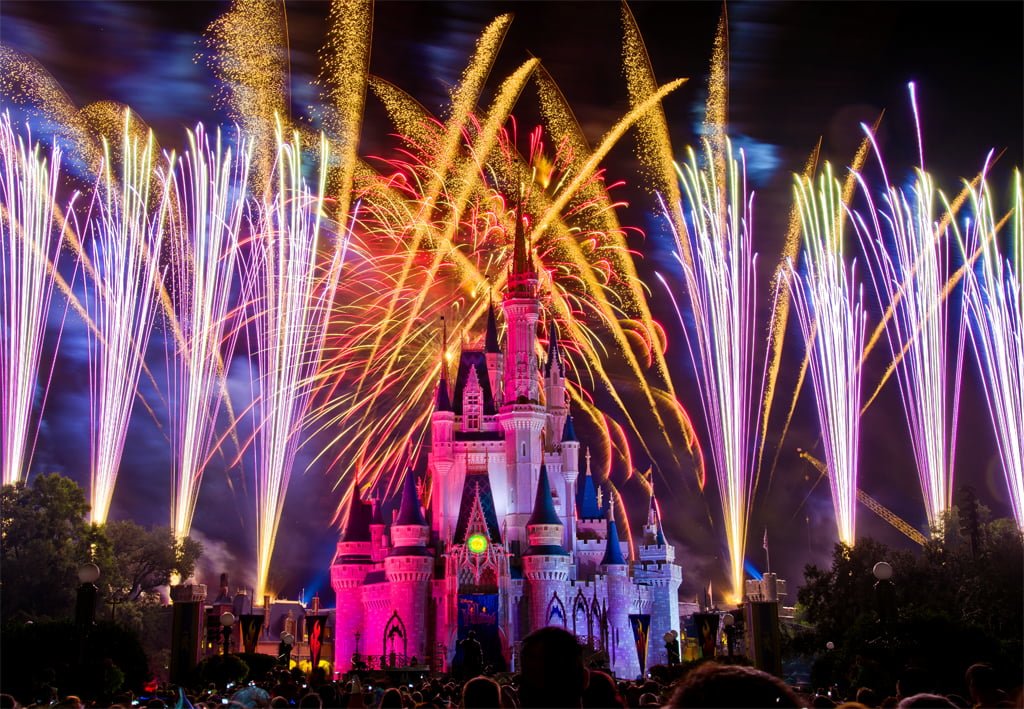 This fireworks photo was captured with a Nikon 24-120mm f/4 VR lens. Fireworks are notorious for blown highlights, and this image is no exception, with the bursts flanking Cinderella Castle being slightly blown out in this photo, but exceptionally blown out in the straight out of camera raw file. That I was able to recover this much color without “greying” these streaks is pretty impressive, I think. 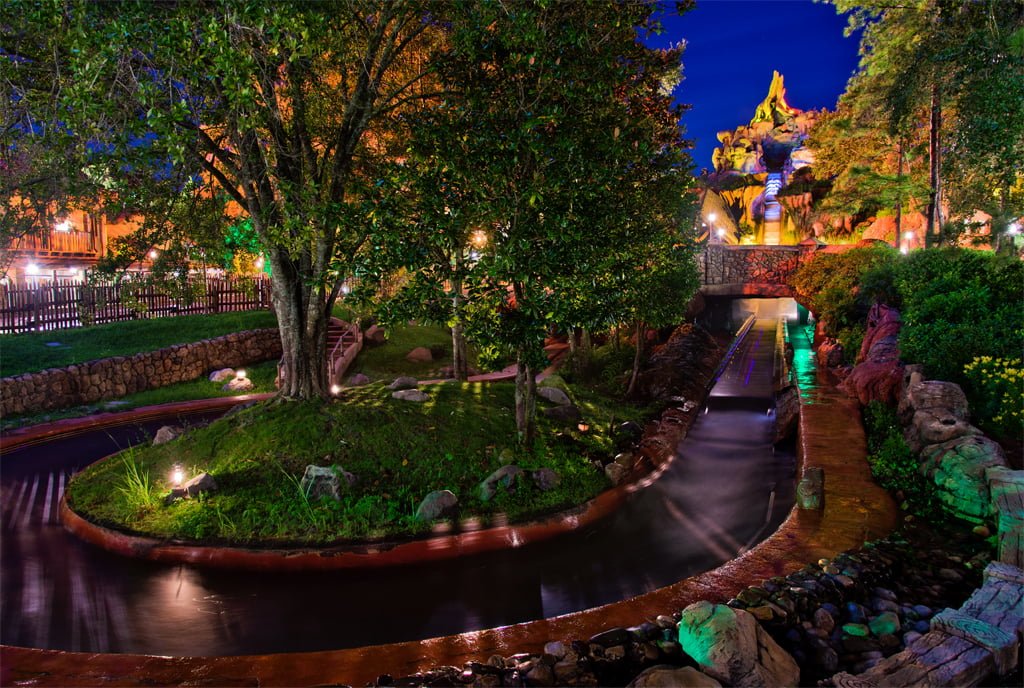 The “significance” of this photo, shot with the Nikon 14-24mm f/2.8 (read my review of this lens), will probably be lost on anyone who does not regularly photograph the Disney theme parks. The lighting on Splash Mountain is incredible harsh and uneven, normally necessitating three exposures to fairly capture. Here, I was able to recover detail in the over-exposed areas of the mountain and tame the raging colors. At the same time, I was able to pull a lot of detail out of the shadows, while still keeping solid contrast and black levels. As far as showing off the dynamic range of the Nikon D600, this photo may be the single best example, even if it’s only a so-so photo. 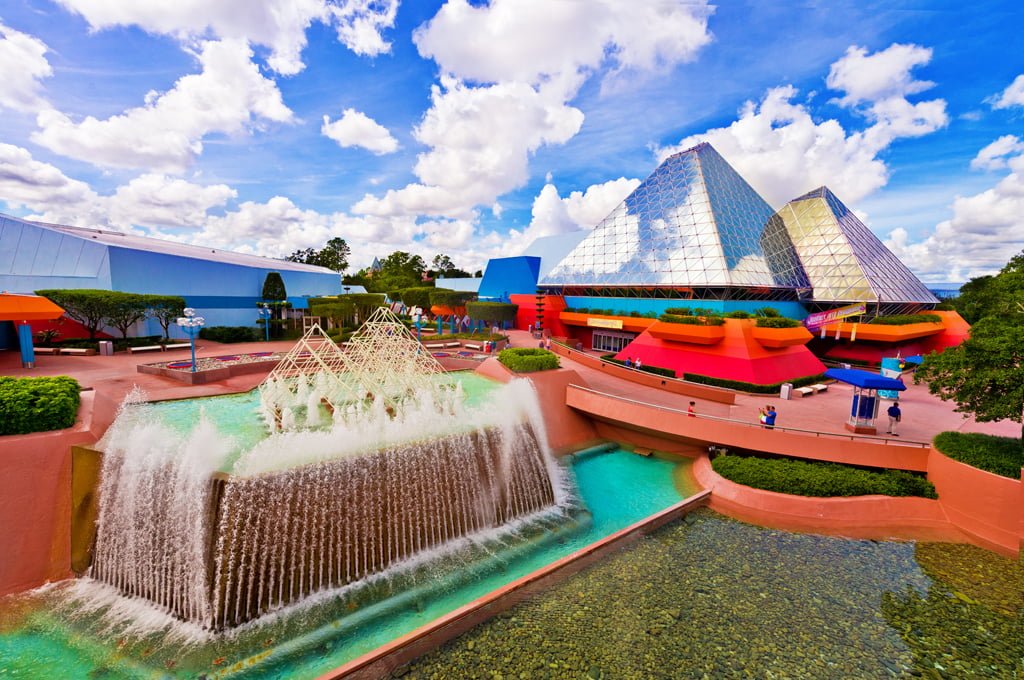 Nothing overly significant about this photo taken with the Nikon 14-24mm f/2.8, except that straight out of camera it was an even exposure with clouds that were mostly white spots. In Adobe Camera Raw, I was able to recover a fair amount of detail in the clouds. I have found that both full frame cameras I’ve owned (the Nikon D700 and now the D600) have been better at recovering highlights than any crop sensor Nikon, even ones with solid dynamic range like the Nikon D7000. 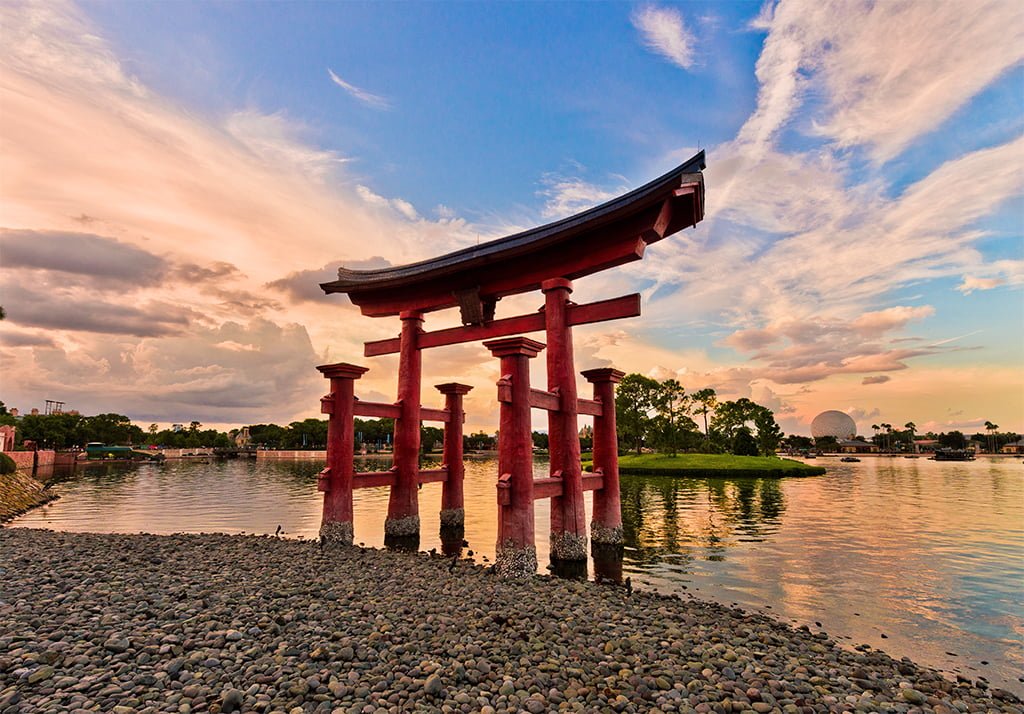 Digital era sunset photos shot into the direction of the light source usually result in good silhouettes or incredible fake photos that have had their shadows artificially brightened. Nothing groundbreaking in this image shot with the Nikon 14-24mm f/2.8, but I think this natural-looking photo shows the dynamic range in the Nikon D600. 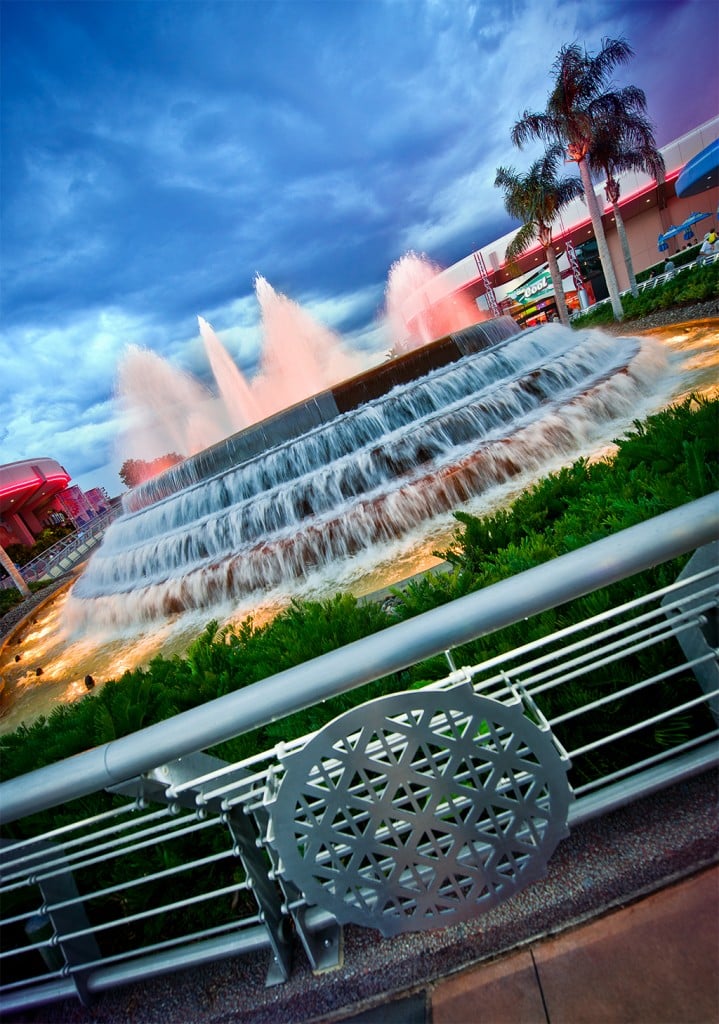 Another photo shot with the Nikon 14-24mm f/2.8, this is another image that simply illustrates the dynamic range possible with the D600. Normally, after sunset these fountains of water are brightly lit to the point that little detail can be seen in a single frame that’s otherwise properly exposed. 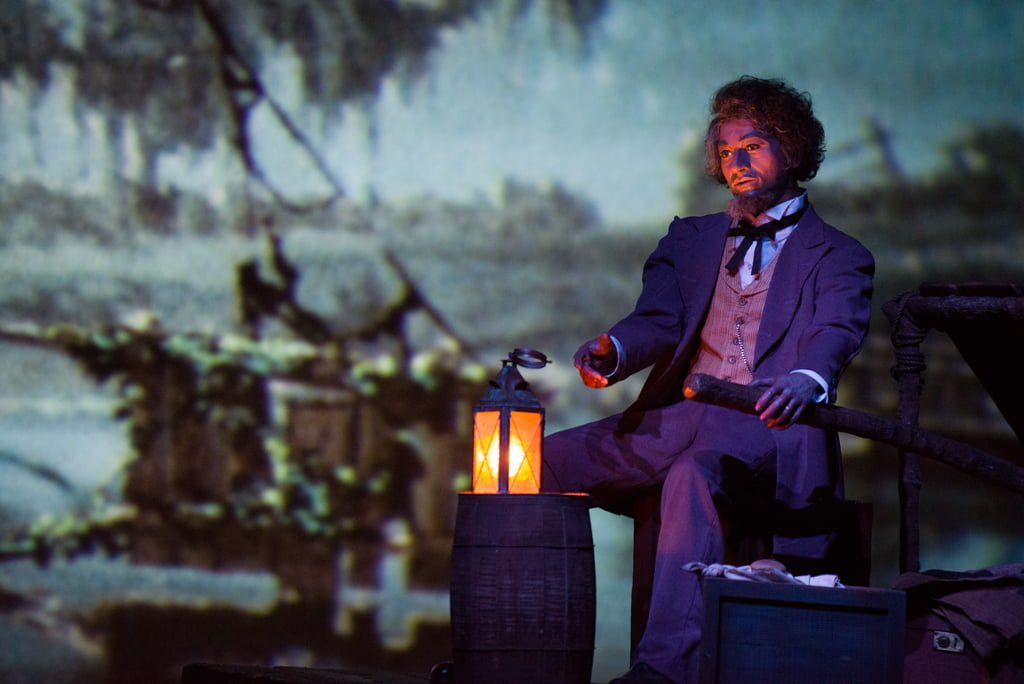 Mixing things up a bit, here is a photo captured at ISO 6400 with the Nikon 70-200mm f/2.8 VR. Absolutely no noise reduction was applied to this low light photo in post processing, showing just how clean “real” high ISO photos are from the D600. While all aspects of this photo are straight out of camera (besides the resize), I’ve found with other ISO 6400 photos that I’ve since processed that I have a bit of latitude in brightening shadows, edits that always resulted in banding and unwieldy noise with my Nikon D700. Lab tests may not reflect this, but my real world results demonstrate that the D600 is a significant improvement over the Nikon D700 in high ISO performance. 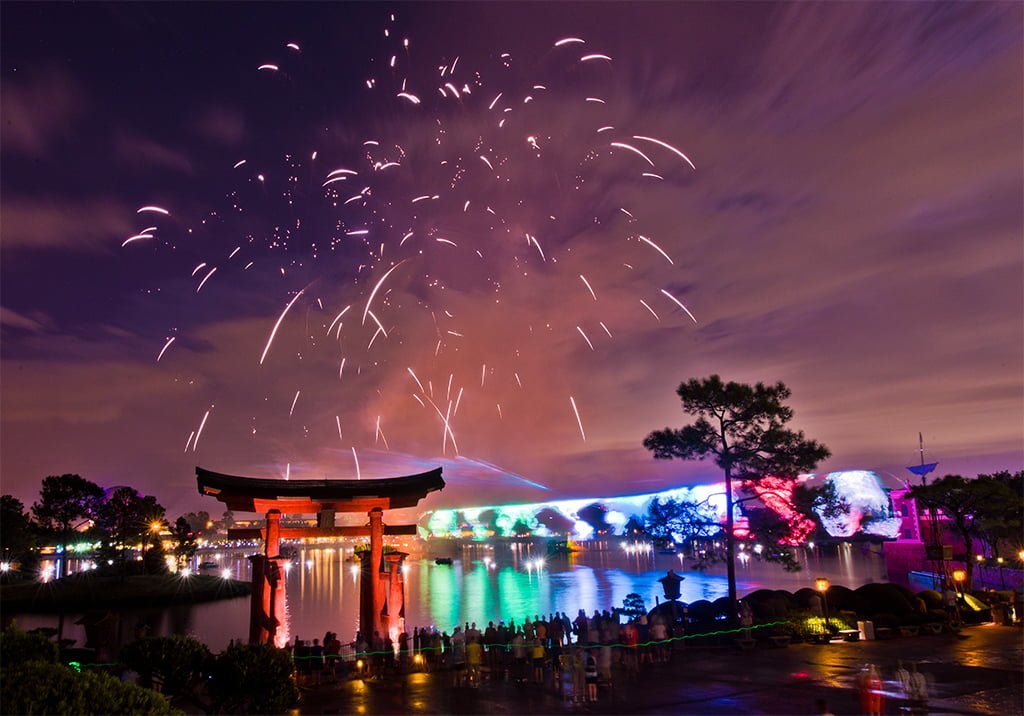 This 96 second exposure, taken with the 14-24mm, of the Earth Globe in the IllumiNations fireworks show moving to the center of World Showcase Lagoon showcases a couple of things: 1) no noise in long exposures, and 2) highlight recovery on the globe. This photo simply wouldn’t look as good with one of my other cameras. 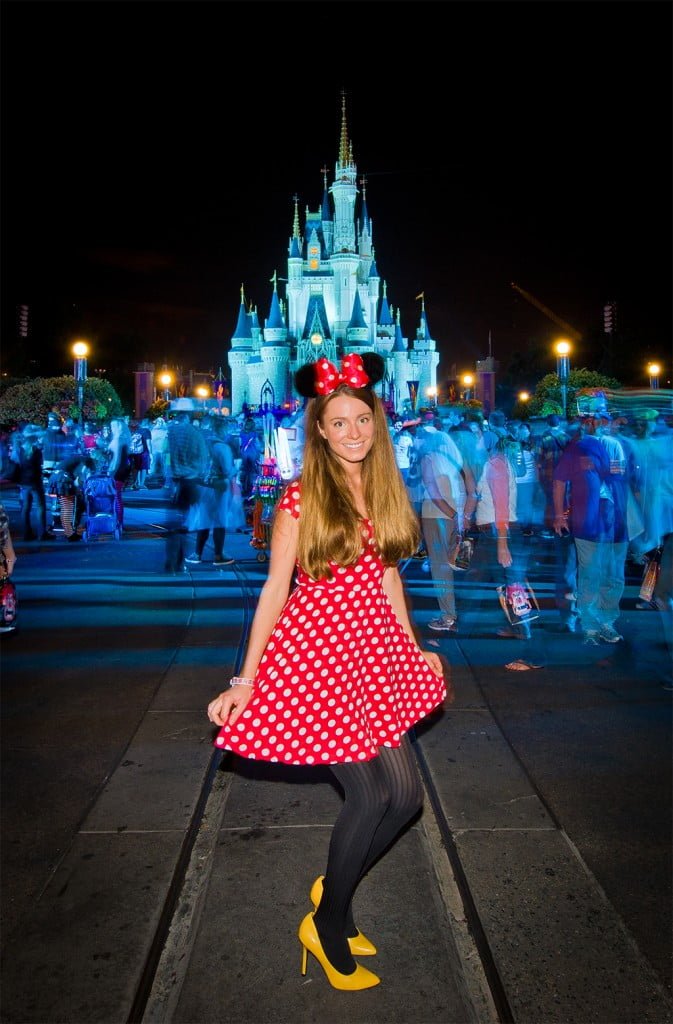 This photo of my wife, Sarah, was edited to bring out the “shadows” (i.e. the background which was underexposed and not illuminated by the flash), which it did satisfactorily without making my wife look odd in the process. 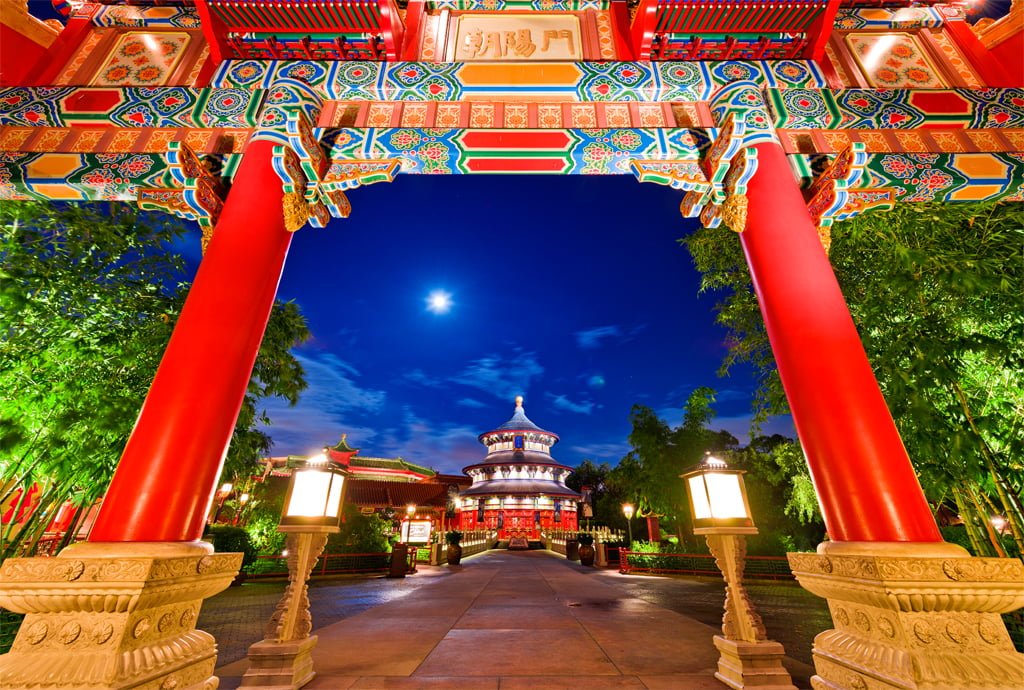 Another demonstration of dynamic range, this photo of China in Epcot’s World Showcase had its shadows opened up and its highlights tamed to result in a single exposure image that has the evenness of an HDR photo. 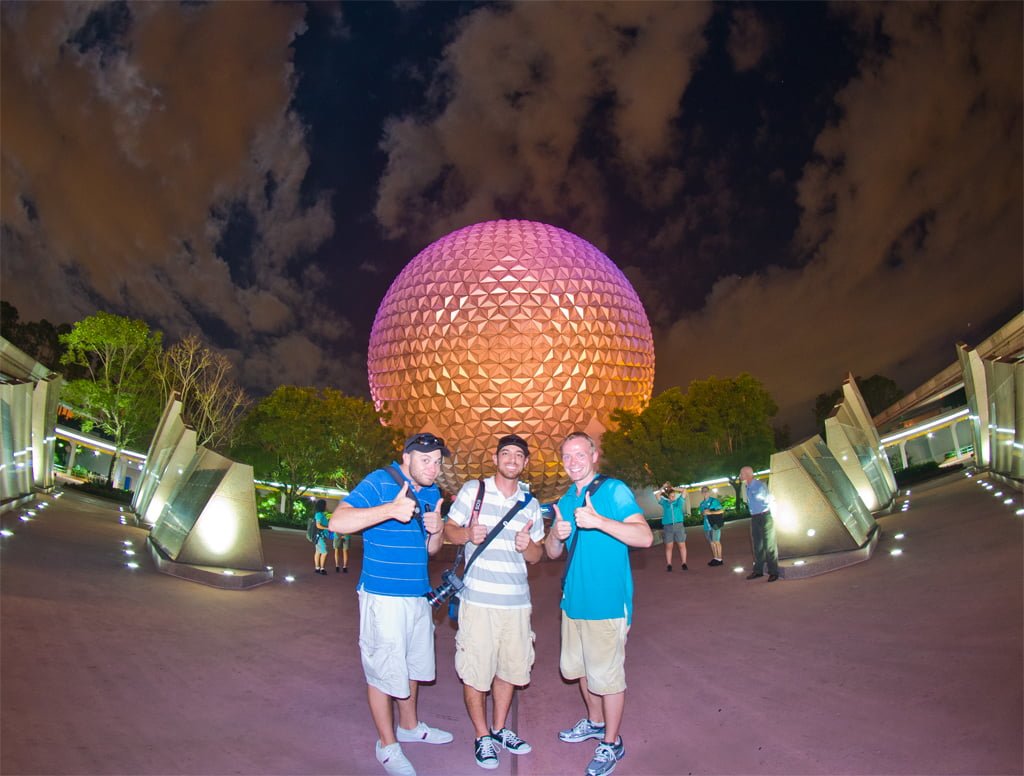 This photo of the three wiseguys (L-R: Cory Disbrow, Ryan Pastorino, and me) who host the ISO 5571 Disney Photography Podcast demonstrates the result of a crop sensor lens on the full frame camera. I used one of my favorite lenses, the Rokinon 8mm fisheye (read my review of this lens) for this photo to achieve good results. I actually captured several photos with the Rokinon 8mm fisheye during the trip, none in the DX mode, and came to the conclusion that I need to remove its hood. Luckily, YouTube offers some advice on this daring operation! 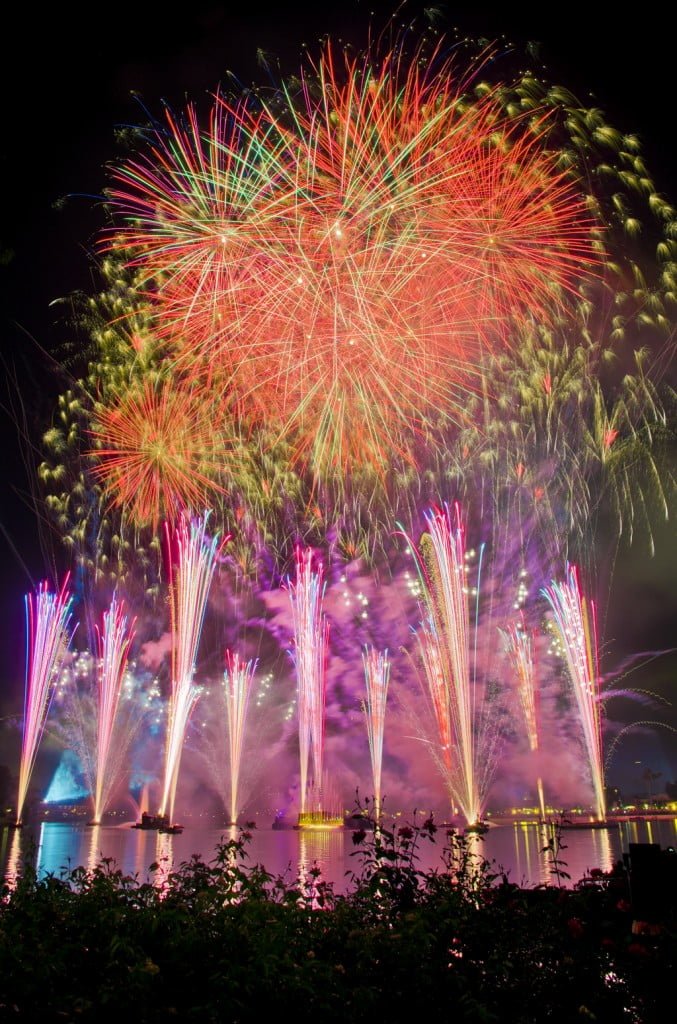 For EPCOT Center’s 30th Anniversary, there was a special “tag” that amounted to a non-stop assault of pyro. This photo is probably best appreciated by those who were there, as many portions of the show were basically balls of whiteness even to the naked eye. Suffice to say, highlight recovery once again worked a miracle in this photo. 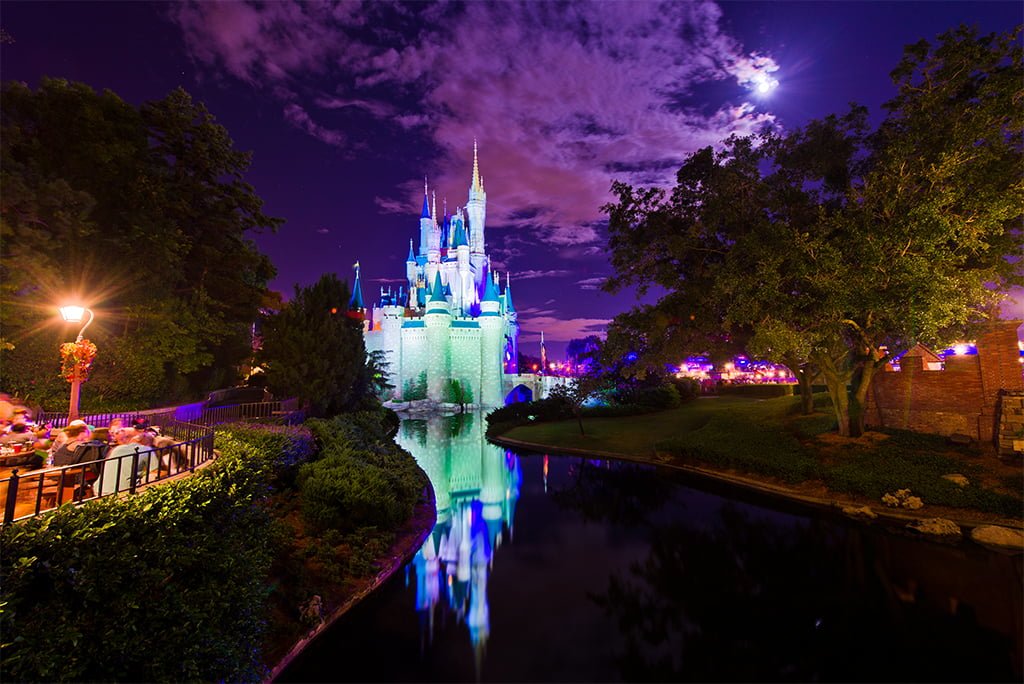 On our first night of the trip, the sky was beautiful and the moon was full. I posted a similar (in my opinion, better) photo from this location yesterday, but here is a later take once the lights on Cinderella Castle were turned on and the sky was a bit darker. Normally, the intensity of the lights shined onto the Castle necessitate multiple exposures for an “even” shot with a bright nighttime sky.

Conclusion: After the trip, which involved a significant amount of shooting with only the Nikon D600 and Sony RX100 (read my review of this for now; more on this little gem in a later post…), I am happy to say that I stand by my initial review of the Nikon D600. It’s a great camera and I’m incredibly glad I made the move to it. After being extremely satisfied with the D600’s dynamic range and ISO performance, I must admit I’m a little intrigued by the Nikon D800, which supposedly performs a tad better in both regards. However, the price of the D800 and file size quickly dissuade me from that. I think the Nikon D600 is perfect camera for me, and a great choice for photographers like me, who shoot a wide array of situations (especially travel photographers).

There are a few things worth noting. First, the smart auto ISO mentioned in my initial review didn’t pan out to be quite as useful as I originally expected. I couldn’t fine tune it quite enough to meet my needs to simply “set it and forget it,” so I usually manually set the shutter speed floor myself based upon the situation. I suspect one day this will come in handy, but it’s not a game-changer. Second, the density and number of autofocus points was absolutely no issue for me. A couple of times I did have to focus and recompose, but in the vast majority of situations, I had the coverage I needed. I was a little worried about this, so I was glad that I didn’t have any issues. Third, I was disappointed that Nikon didn’t release the WU-1b wireless unit in time for this trip, as I really wanted to use it; also, since Canon is able to build-in wireless to its cameras, why can’t Nikon? Fourth, I previously grumbled about the 24MP files being too large and my “sweet spot” being around 12MP–after having 24MP, I’ll admit that I was totally wrong. The extra megapixels allow for more cropping and provide greater detail…even if the files do eat up hard drive space! Finally, I carry a lot of gear around with me in Walt Disney World so this shouldn’t seem like a big deal, but the difference in weight between the D700 and the D600 was still noticeable and very much appreciated.

That about covers it as far as supplementing that review goes. It offers my thorough opinions on the Nikon D600, especially in comparison to the Nikon D600 and Nikon D7000, so if you want to know more of my thoughts, read my Nikon D600 review! Or, if you’d like to know what other gear, accessories, books, and editing programs I use, read my photography guide.

If you do want to purchase the Nikon D600 (Amazon link to the Nikon D600)—or anything else from Amazon—please use the Amazon links here in this post (link to the Amazon.com home page). Not only does Amazon offer great customer service and low prices, but using the links here help support this site at no cost to you and help us continue to provide you with “great” content.

Have you ordered the Nikon D600? Interested in it? Share your thoughts about this camera or these photos in the comments!