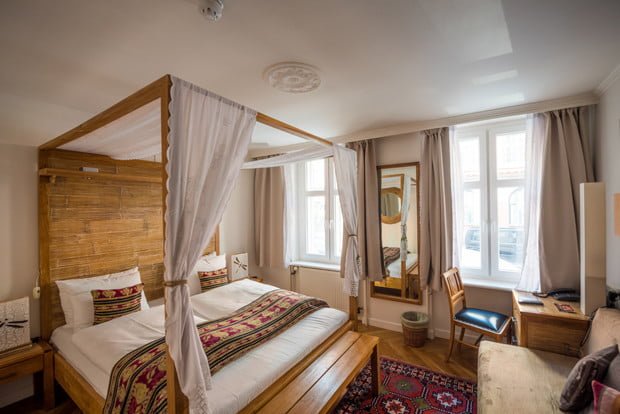 After leaving the Disney Magic, we caught a public bus into the city-center of Copenhagen. There were a lot of people taking taxis from Disney Cruise Line’s port, but the bus was a fraction of the cost, so we went that route. I had booked a hotel that was a 5 minute walk from Tivoli, so that was our next stop. To our surprise, they had a room ready!

We quickly got ready, and then headed out to explore Copenhagen. I had scribbled down a rough itinerary for the day, but our primary aim was simply walking around. At this point, we were fairly certain that a return trip to Scandinavia was in our future, so we primarily wanted to get a feel for the city to determine whether it should be included in such a trip.

With that in mind, we opted to walk from our hotel to Nyhavn, which was about 30 minutes. Copenhagen is a walkable city (there were also a ton of bikes all about), very conducive to pedestrians. It didn’t hurt that we walked along StrÃ¸get, Europe’s longest pedestrian street. This entire stretch was lovely, and already we were enjoying Copenhagen.

When we arrived at Nyhavn, we impulsively purchased tickets for a boat tour of the canals. The tickets were ~$5 and the boat was about to leave, so we figured what the heck. The tour was an excellent way to sightsee, and incredibly relaxing. Along the route, our guide mentioned Copenhagen Street Food, a great place to eat with food trucks across the water.

Once the boat ride was over, we took a pedestrian bridge there, and grabbed a few things from the various food stalls. It was a really cool place, housed inside a repurposed warehouse in the packing district. There were also a bunch of actual packing crates that had been repurposed as multi-level seating areas. It was nice being able to grab some cheap, delicious food and seat along the waterfront.

After that, we wandered back towards Nyhavn and grabbed ice cream down a random side street. It was similarly delicious.

Most of the rest of our afternoon was spent just wandering around. It was a beautiful weekend in Copenhagen, which was a recipe to get just about every local out in the street enjoying the city. We did the same, mostly just aimlessly meandering around, sitting random places, and wandering into buildings that were open. Here are some photos from the afternoon: 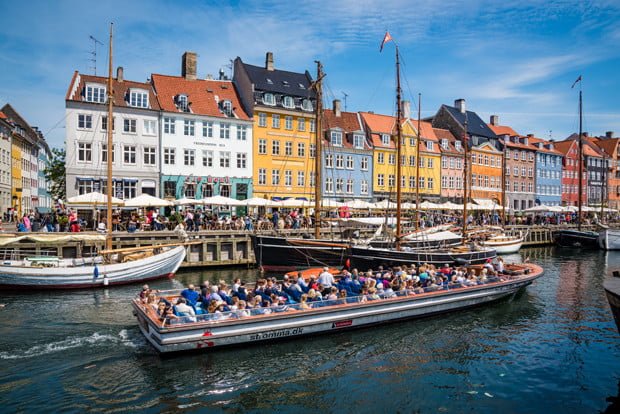 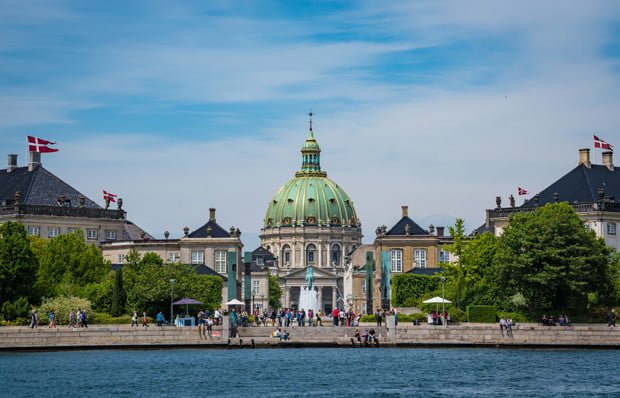 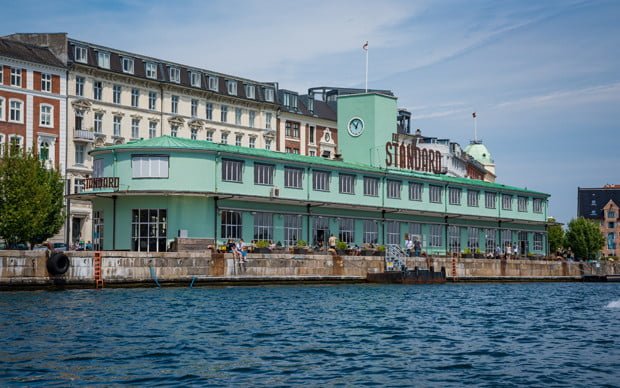 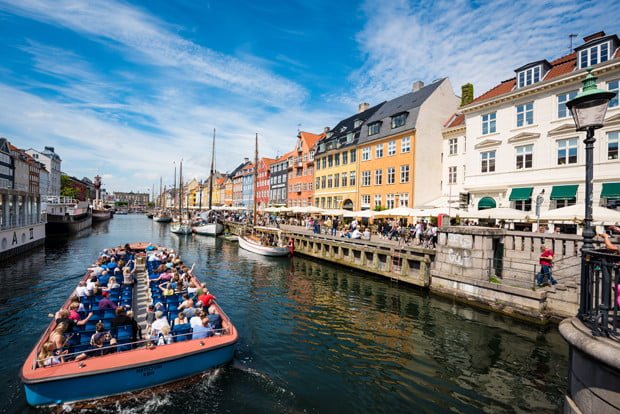 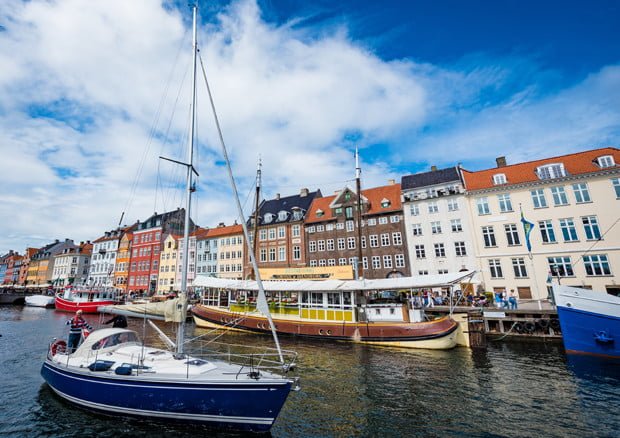 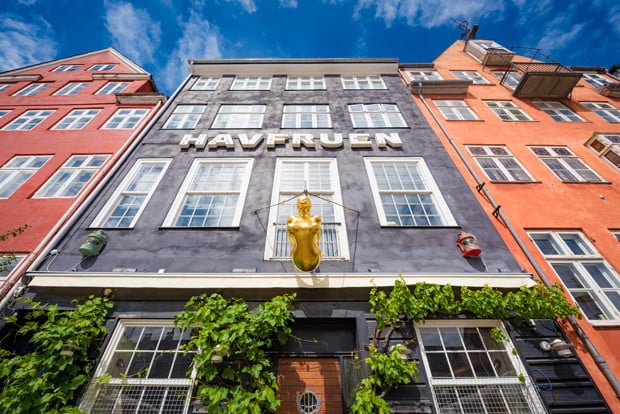 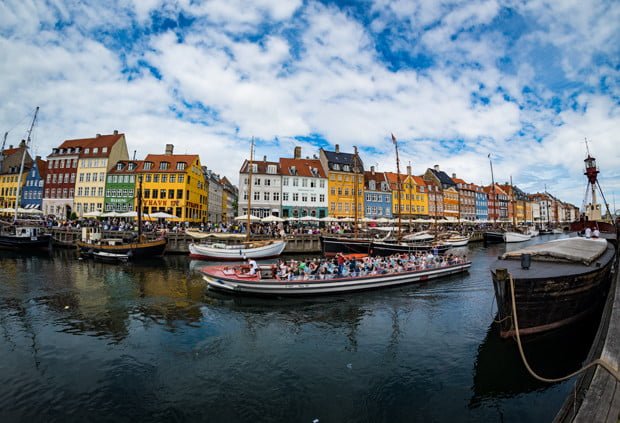 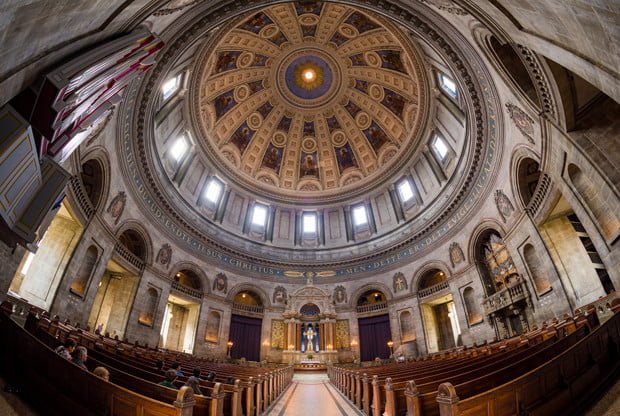 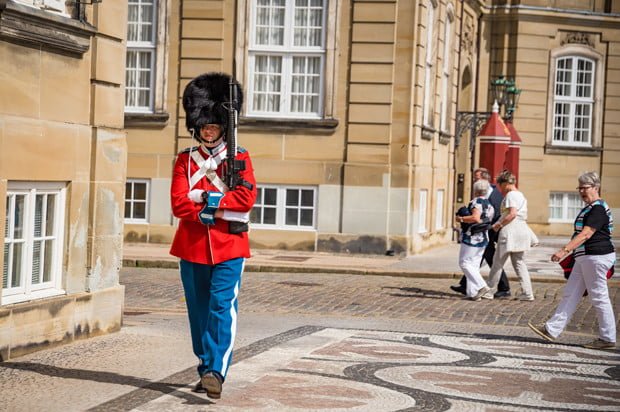 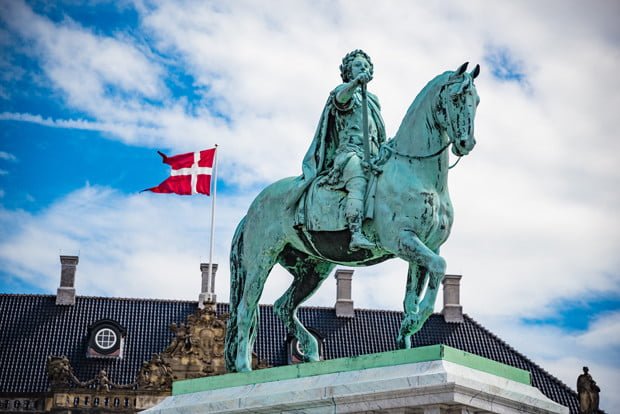 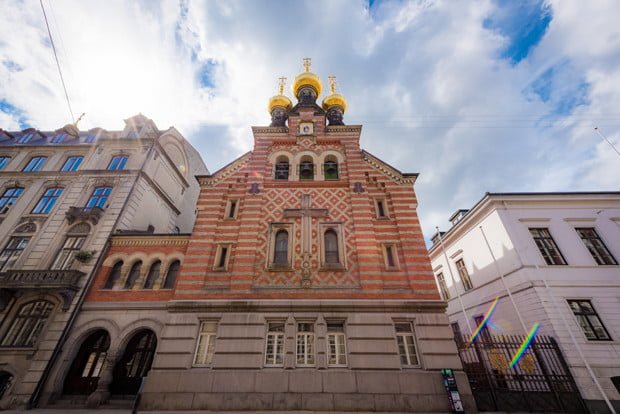 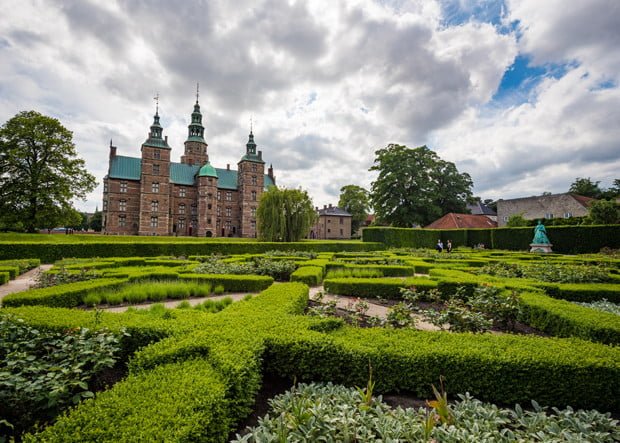 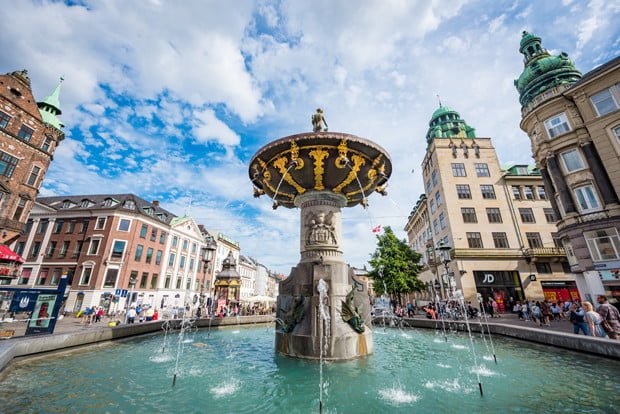 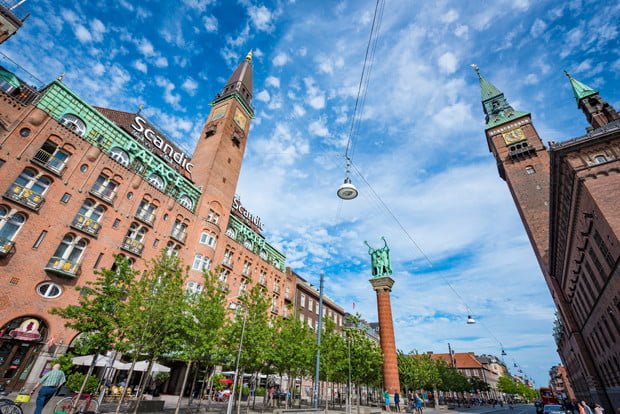 Our main agenda item for the afternoon was Tivoli Gardens. With the radar showing rain approaching sooner than expected, we decided to cut our late afternoon wandering a bit short, and head to Tivoli a bit early.

Lillian and Walt Disney were keen on European travel, and Walt supposedly visited Tivoli several times prior to Disneyland’s creation. The most well-documented of these visits was in 1951 with Art Linkletter, who later reported that Walt spent extensive time making notes about the park. While there were many inspirations for Disneyland, Tivoli is purported to have played a seminal role because of its clean nature and inviting design. 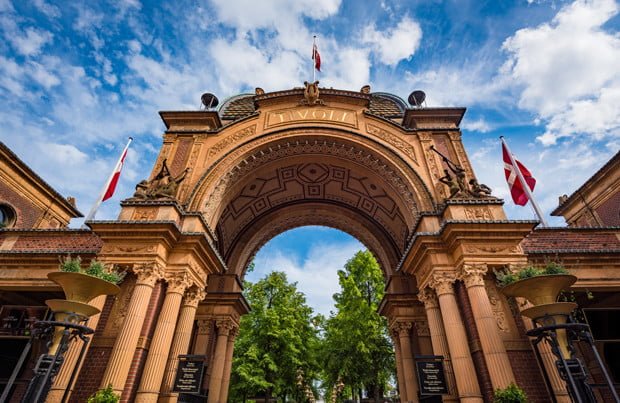 Upon stepping inside the park, this was fairly easy to see. The main areas of Tivoli had shades of old school Disneyland, particularly Carnation Plaza Gardens and the Rivers of America. The main courtyard and entrance area of Tivoli felt like an upscale public park with a barrier to entry and ongoing entertainment. We sat and watched a band and folk dancing group perform for a while, and then continued wandering.

Other parts of this area and the perimeter of the park were meticulously landscaped, offering nice areas for leisurely strolls. One thing that stuck out was the inordinate number of exotic birds in Tivoli. There were even a couple peacocks just out in guest paths. This was neat to see, although I wonder whether this would fly in the U.S.

Attractions at Tivoli were a different story. Most of what we saw was dated amusement park fare, like what you might find at a pierside park. They were also all an upcharge, so we elected to pass on doing the rides. The only one I sort of wanted to do was the Flying Trunk, which appeared to be an it’s a small world-esque attraction, except based exclusively upon Hans Christian Andersen stories.

Here are some photos from Tivoli: 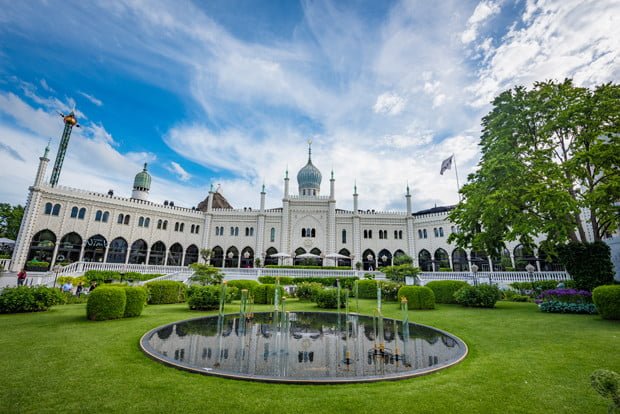 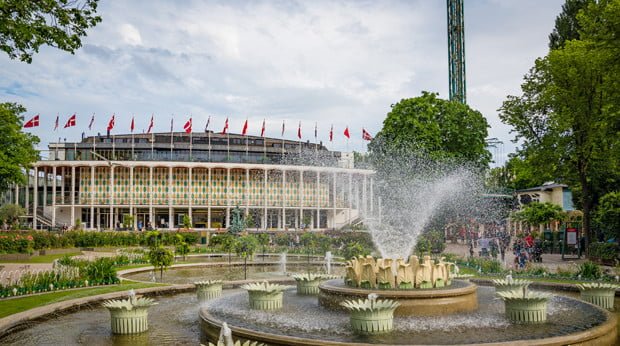 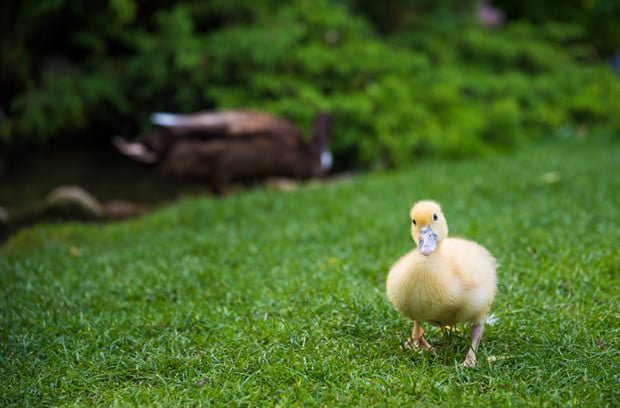 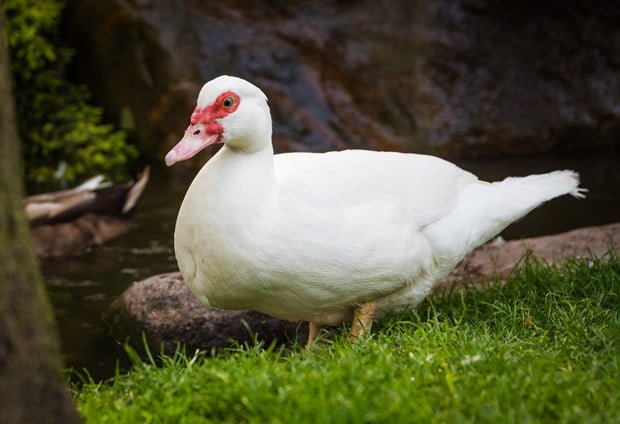 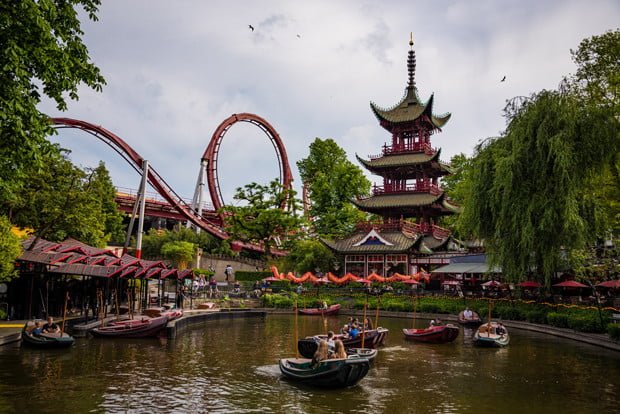 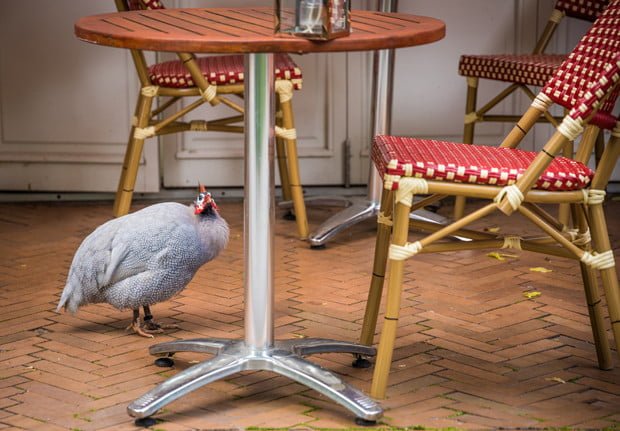 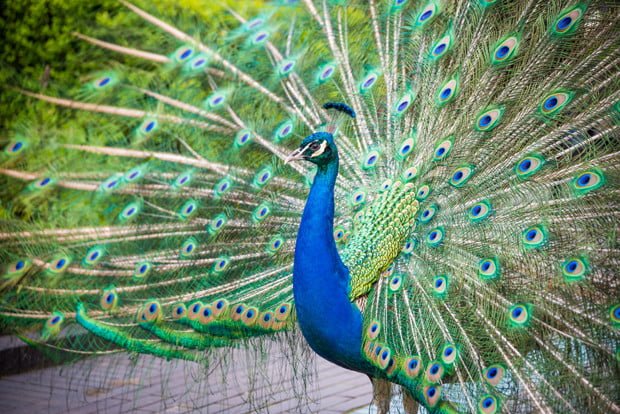 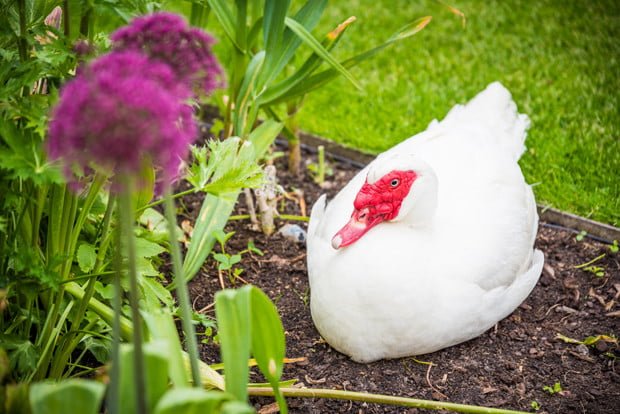 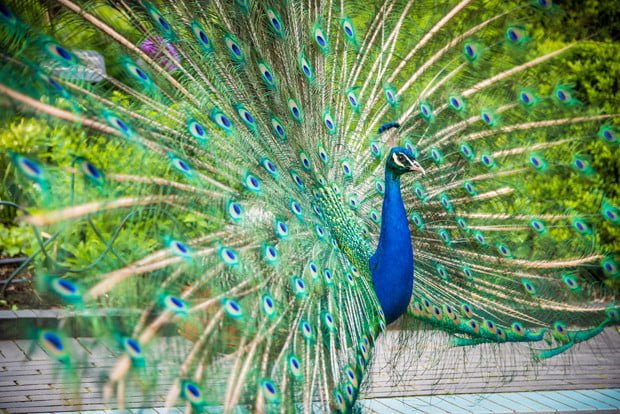 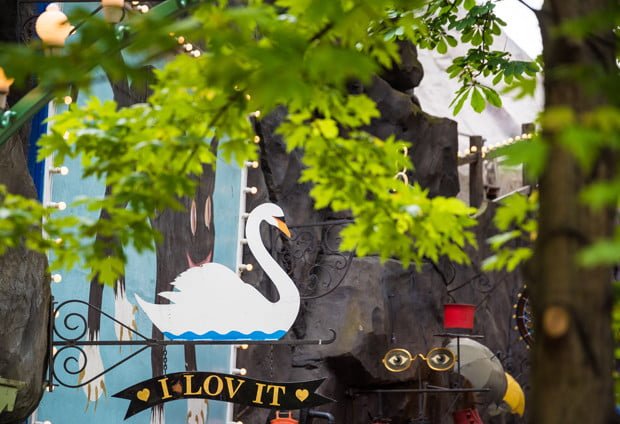 The original goal was to stick around Tivoli until their nighttime illuminations show on the lake, but with rain (supposedly) approaching, and the entertainment having ended for the day, we decided it didn’t make sense to wait around another 2 hours for a show we might not even see. Plus, our flight was around 7 a.m. the following morning, which meant a 4 a.m. wakeup.

So, that’s it for Copenhagen. Our departure from the city was pretty simple–we walked to the Central Station and caught the rail to the airport. I really wish we had efficient public transit to more airports in the United States. It’s so much easier and more practical than driving and parking. Once again, we didn’t have a direct flight, having to first take Austrian Air to Vienna. 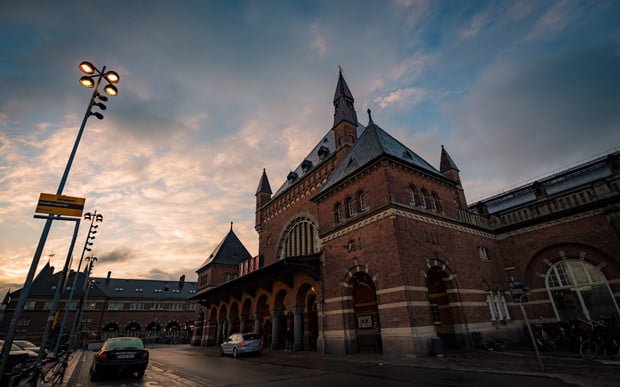 When we arrived in Vienna, we checked the flight board and saw our flight back to Los Angeles had been cancelled. Again?! This was our third canceled flight of the trip, more than I’ve ever had total in all my time flying. We went through the “usual” motions, calling up United to see what they could do while we waited in an hour-plus line. Over the phone, United was little help, so we continued to wait for a rep at Austria Air’s desk.

Based on conversations we were overhearing, there were very limited options to get out the same day, none of which were direct. The alternative was the exact itinerary, but the following day, along with a hotel voucher, two taxi vouchers, and three meal vouchers.

When I heard this, the first thing that jumped into mind was Before Sunrise, one of my favorite films, which revolves around two people having one night in Vienna. I daydreamed about having our own night in Vienna, and having a great story to tell about it for years to come. That was the dream.

The reality was that we were exhausted, testy, and ready to be home. As memorable as that night could’ve been in theory and sounds in retrospect, in actuality, we probably would’ve gone to the hotel for a quick nap, accidentally slept until 6 p.m., then debated whether we should make the effort to shower and go out, or just stumble down to the buffet before coming back to the room, watching Austrian game shows for a couple of hours, before passing out before 9 p.m.

Or, maybe I’m just hedging expectations because we ended up taking an earlier British Airways flight, and I don’t want to think about what fun we could’ve had.

In any case, we took that flight, caught a connection at London Heathrow, and were home about 10 hours later than our original itinerary. 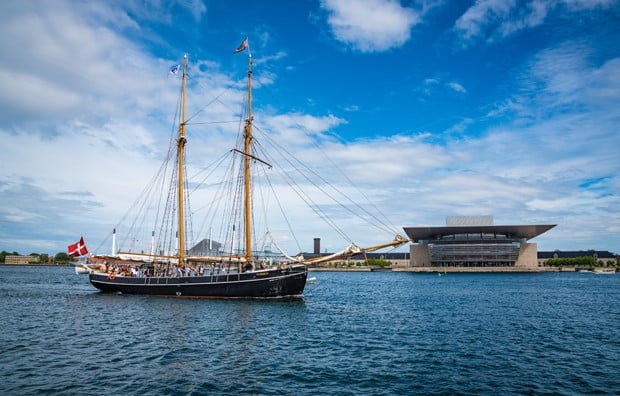 We as we are ready to do another unique Disney Cruise Line itinerary as soon as possible, we’re ready to revisit Norway as soon as possible. Not just Norway, but Denmark and Sweden, too. I think I mentioned that Scandinavia has climbed to (near) the top of my “power rankings.” I’d put it right up there with France, Switzerland, California, and Japan as one of the greatest countries on earth from a travel perspective. Yes, I realize Scandinavia is not a country, but neither is California, and I treat that similarly. (If we’re willing to bestow “state” status on Arkansas, California is at least a country.)

Our impression of Scandinavia based upon this trip is that it’s a beautiful region, with wonderful people, great culture, interesting cuisine, a diversity of natural environments, a good mix or metropolises and villages, both of which have a ton of personality and great design, and convenient public transportation–including between countries (which is why we lump Scandinavia together as a single destination). We’d love to revisit soon, and the winter is particularly intriguing now that we’ve had a chance to experience summer.

Alright, that wraps up this Disney Cruise Line report from the Disney Magic’s Norwegian Fjords 7-night itinerary. Thanks for reading, and see ya real soon! 🙂

If you’ve done one of Disney Cruise Line’s longer itineraries, do you agree or disagree with our take on it as the ‘ultimate’ big budget Disney vacation? Any specific itinerary you’d recommend (or not recommend)? If you’ve visited Norway or other places in Scandinavia, any thoughts on those…or recommendations for future travels? Opinions on Arkansas’ status as a state? 😉 Anything else? Questions? Hearing from readers is half the fun, so please share your comments below!