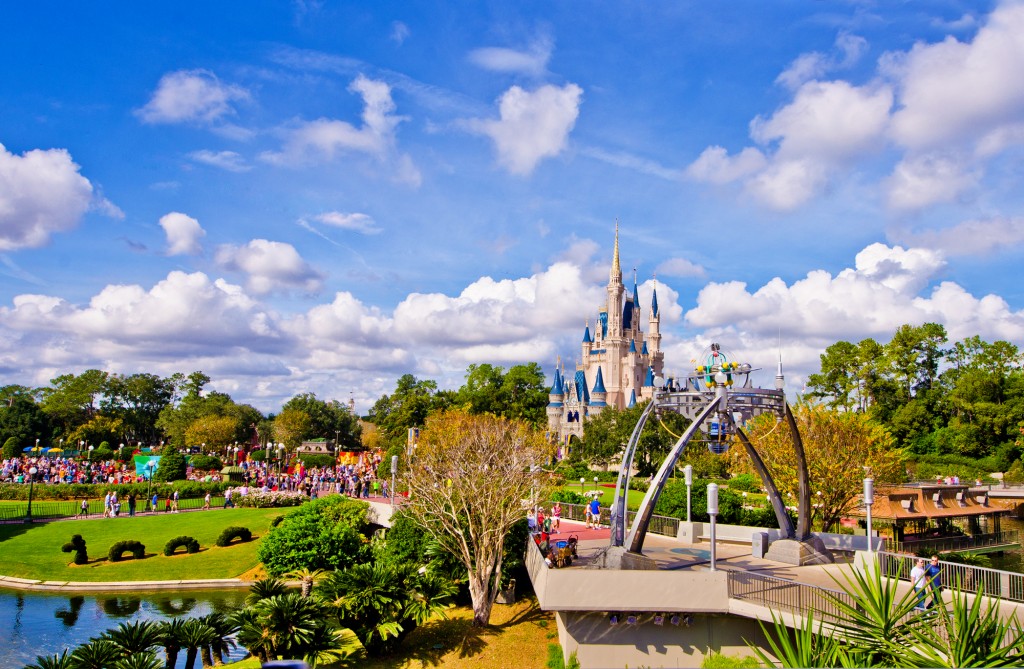 As I was editing photos late last night for our December 2011 Walt Disney World trip report (it’s coming soon, I promise!), I noticed this photo that I had given a lower-star rating, which generally relegates it to not being used or only being used in the trip report, but not as a “Photo of the Day.” When I saw it, I instantly smiled. Not because it’s an amazing photo, but because, even after midnight in Indiana as I edited photos in the darkness by only the glow of my computer screen, it instantly transported me to one of my all-time favorite attractions, the Tomorrowland Transit Authority.

Except among hardcore Disney fans, the TTA is an odd choice for a favorite attraction. Yet, it’s the attraction that we experience the most on every single Walt Disney World trip we take, bar none. This shot combines a few of my favorite things: the TTA, the sea serpent topiary, the Gateway to Tomorrowland, the Swan Boat landing, and Cinderella Castle. Oh, and bright blue skies with nice puffy clouds to photograph. It may not be the greatest or most unique photo ever taken, but it puts a smile on my face every time I look at it!

Want to see beautiful Disney photos? Check out the other photos in our “Disney Photo of the Day” series!