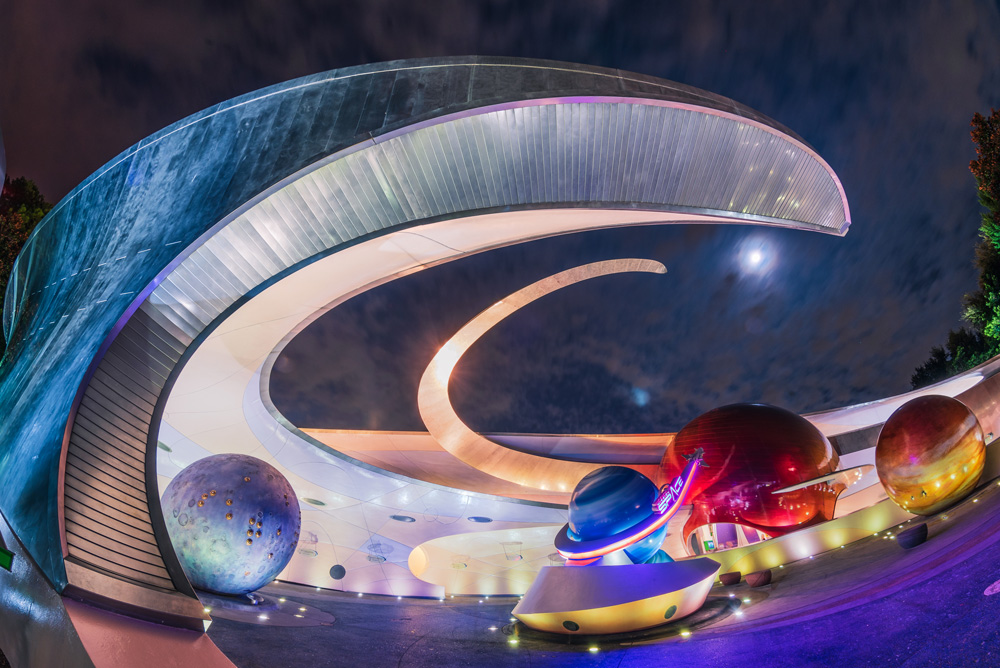 Another big Disney Park Pass refill has occurred for the remainder of Summer 2021 and beyond. Reservations have been added for Annual Passholders, on-site resort guests, and regular theme park ticket holders. We’ll take a look at the changes and speculate as to why this huge summer reservation refilled happened, and offer additional advice.

We actively monitor Disney Park Pass availability, and this is the largest refill since June 5. Twenty days between big updates is not too shabby–prior to that early June replenishment, the previous significant drop hadn’t occurred since April 14. However, a lot has obviously changed since early June…

Most significantly, Walt Disney World effectively ended face mask rules (or at least enforcement of them) and indicated that physical distancing would be further relaxed across the board. Disney’s language was even stronger in California, where the company stated that guests would “self-determine” distancing.

Regardless of verbiage, the outcome is the same at Walt Disney World. To the point of that policy change, Disney did add more Park Pass availability for June 15 and beyond, as those dates were slower to fill up than early June. Just take a look at this calendar from that refill:

As you can see, there was a clear difference between June 5-14 and June 15-30 at the time of that refill at the beginning of this month.

Despite that, there has not been a precipitous increase in average daily wait times at Walt Disney World. (“Feels like” crowds are undoubtedly a different story.) To the contrary, wait time data has remained low, likely due to an offsetting increase in ride efficiency. 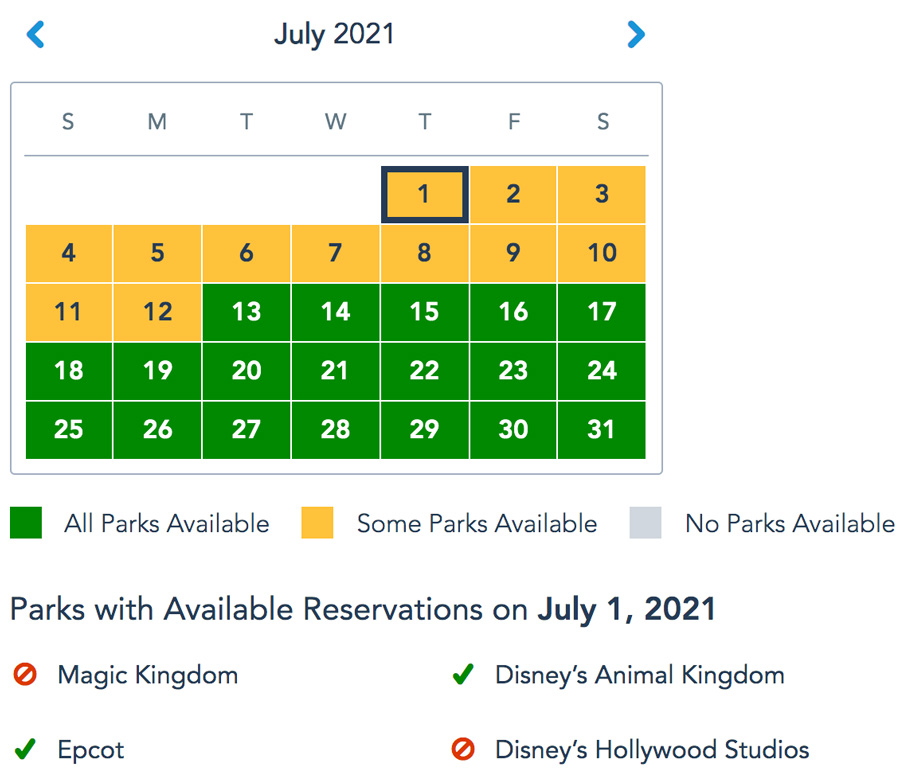 Moving along, above is a look at Disney Park Pass availability for July 2021 as of two days ago.

As we discussed in our July 2021 Crowd Calendar & Month Info post, Walt Disney World’s approach to releasing more Park Pass reservations will have a massive impact on wait times and attendance levels. If Disney stays the course and continues on its current trajectory, every park will be around a 3/10 or 4/10 on the Walt Disney World crowd calendar. If Disney “opens the floodgates” and stops artificially limiting attendance, organic demand could push those levels to 8/10 or 9/10 for much of the next month.

In light of today’s refill (see June 2021 above), it would seem we now have a better idea of how Walt Disney World is going to approach attendance limits going forward.

Below is a look at the new availability for July 2021:

Note that on both calendars, July 4 is only unavailable at Epcot.

This feels like an oversight. Even though Epcot is normally popular on Independence Day, it’s the best at absorbing crowds and isn’t exactly popular with the summer tourist crowd. Unless we’re missing something, don’t be surprised if this turns green soon, too. 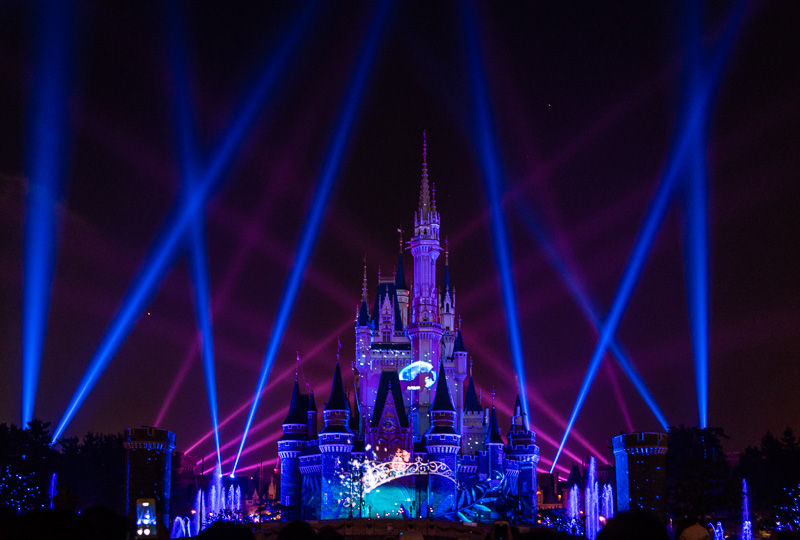 That weekend is the kickoff of Walt Disney World’s 50th Anniversary Celebration, so that all checks out. (Our expectation is that there will be several more refills for those dates, so if you’ve missed out, don’t worry yet.) 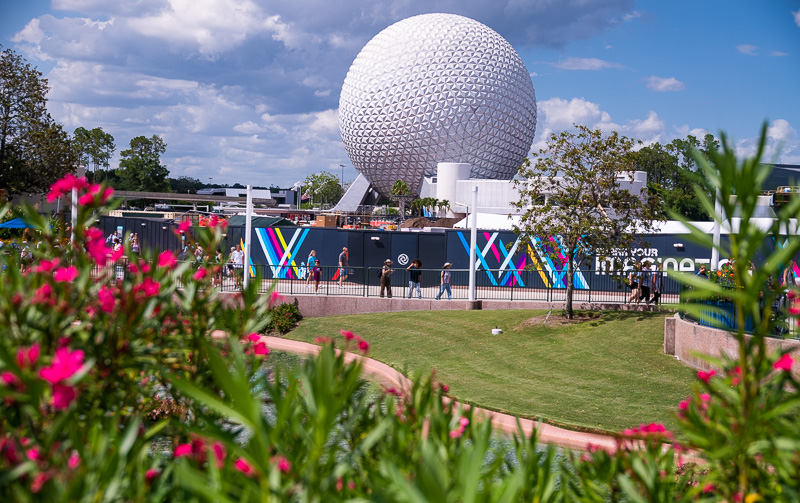 As for the near-term impact of this Park Pass refill on Summer 2021 crowds, the full extent of that remains to be seen.

At this point, there are minimal remaining ride efficiency improvements to be had. This means that any attendance limit increases, including this one, will almost certainly result in a corresponding increase in wait times and crowd levels. The major ways to offset attendance increases at this point are longer hours and/or more entertainment. 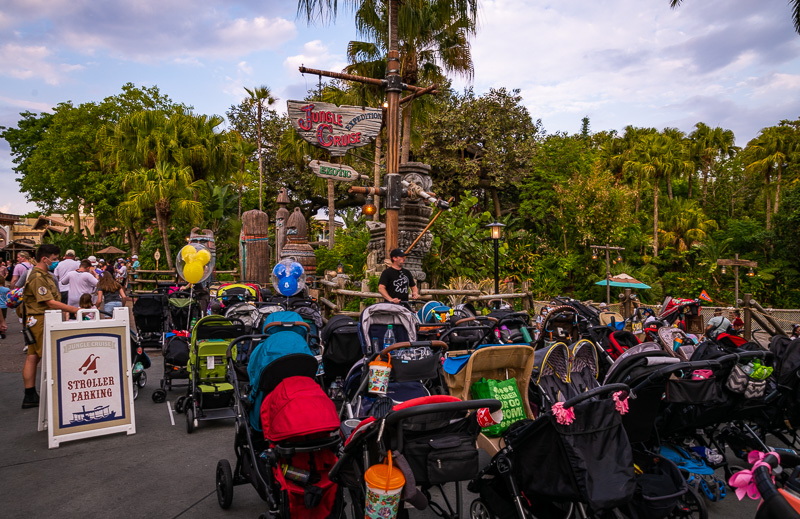 We don’t expect people planning Walt Disney World trips this summer to be thrilled about increased attendance. Obviously, no one hears “more crowds” and immediately starts jumping for joy. But viewed through an objective lens, this is a necessary and reasonable adjustment.

Nationwide travel demand and activity are through the roof right now, so it’s undeniably odd to see Magic Kingdom posting average wait times in the mid-20 minute range like it’s a sleepy September. 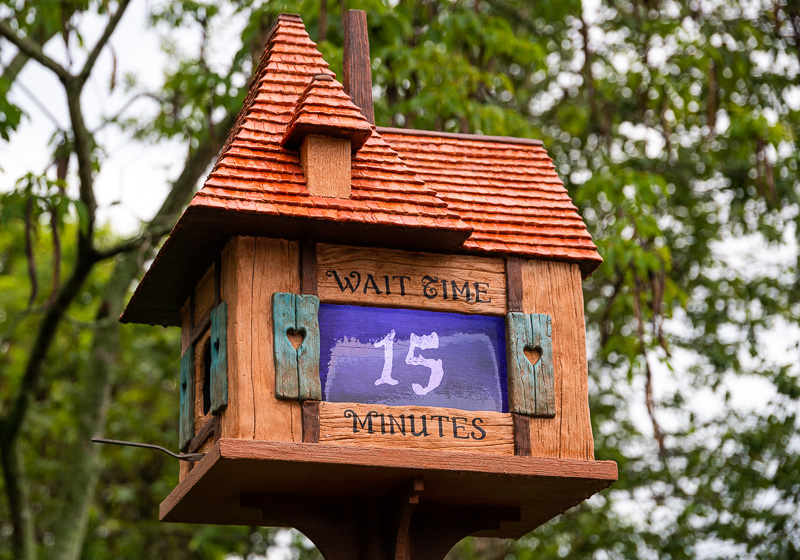 Nevertheless, we wouldn’t expect the impact of this to be felt fully in the immediate future. While some Annual Passholders will book spontaneous trips this weekend, thus bumping up wait times in the process, tourists won’t do the same.

Those who are planning vacations have already done so…or not. There’s no one sitting in Duluth, Minnesota reading this right now, making Park Pass reservation, and booking airfare for next week. That’s just not happening. As we’ve frequently pointed out, there’s a multi-month lag between planning and traveling for the vast majority of Americans. 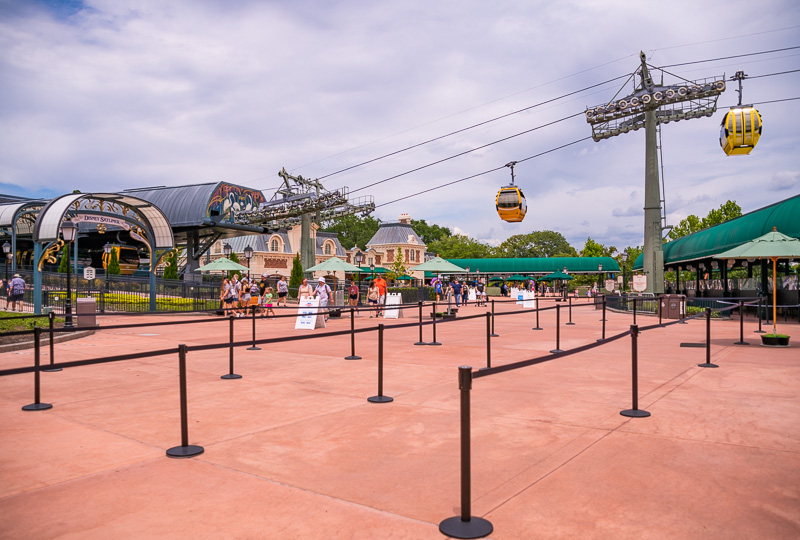 One of our hopes and expectations with this Disney Park Pass refill is that we’re at or nearing the point when reservations are a formality. With each park capacity increase, Walt Disney World gets closer to the point of available reservations surpassing organic demand.

If this were a normal summer–which is no longer peak season–my guess would be that Disney would be at that level now. However, this year is anything but normal for travel, so that may not be the case. We shall see how quickly those green dates turn yellow. 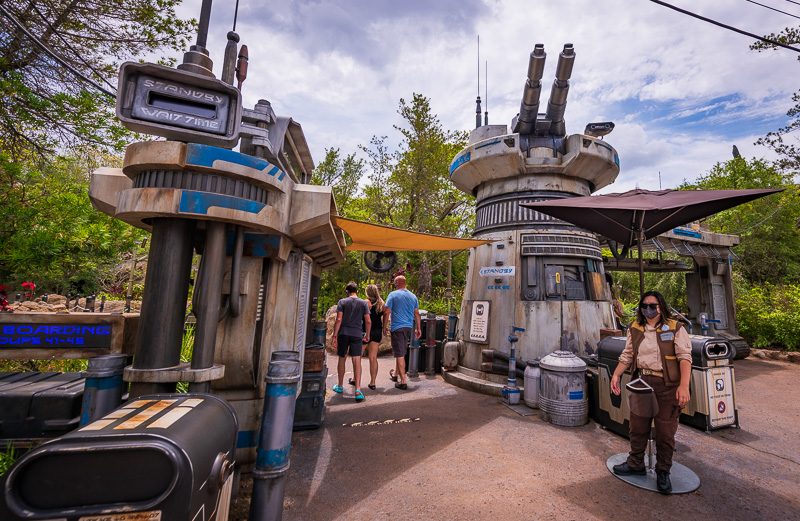 With the 7 am virtual queue time, it’s possible to attempt to score Star Wars: Rise of the Resistance boarding passes from outside the park before you start your day. If you fail, you could then switch to a different park if you so desire, so long as other parks are still available. This is also wise because DHS is often the first park to book up. 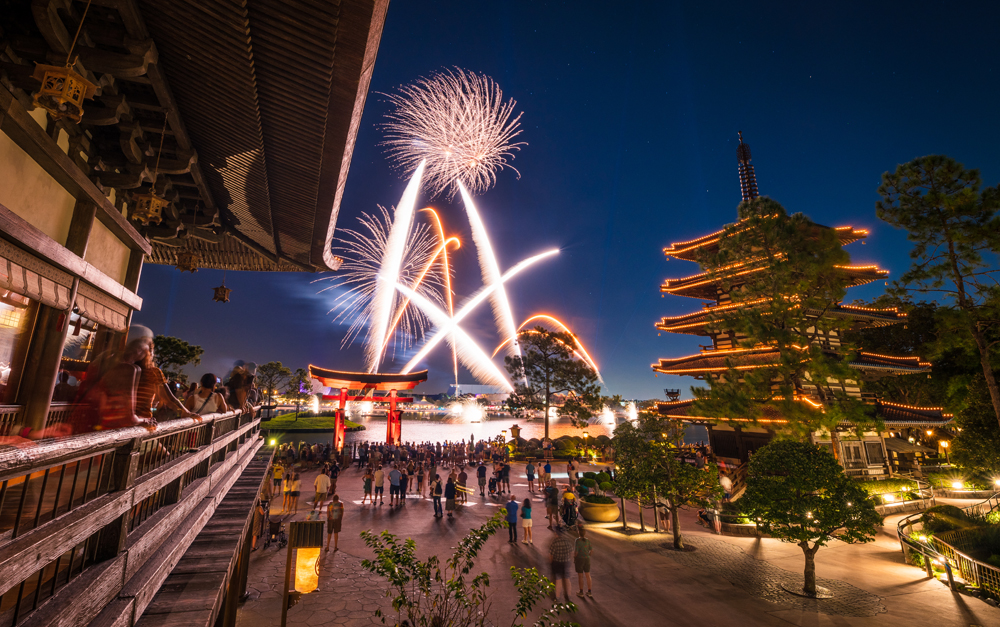 Going forward, we’d actually go a step further and recommend reserving 2 days at DHS and 0 days at Epcot–and plan on sticking with those reservations. This is thanks to the news that fireworks are returning to Walt Disney World on July 1, 2021 with Happily Ever After at Magic Kingdom and Epcot Forever. (And because Disney’s Hollywood Studios and Animal Kingdom will not have nighttime spectaculars in July 2021.)

Morning at DHS and evening at Epcot is our preferred way to experience both parks, which also works well given normal operating hours. Typically, Disney’s Hollywood Studios operates from 9 am until 8 pm, whereas Epcot is open from 11 am to 10 pm.

Accordingly, starting your morning at DHS and ending at Epcot can extend your day by a couple of hours. (Additionally, rope dropping Epcot doesn’t offer much strategic advantage.) For this reason, we also highly recommend purchasing Park Hopper tickets. Read about what to expect and why in our 2021 Guide to Park Hopping at Walt Disney World. 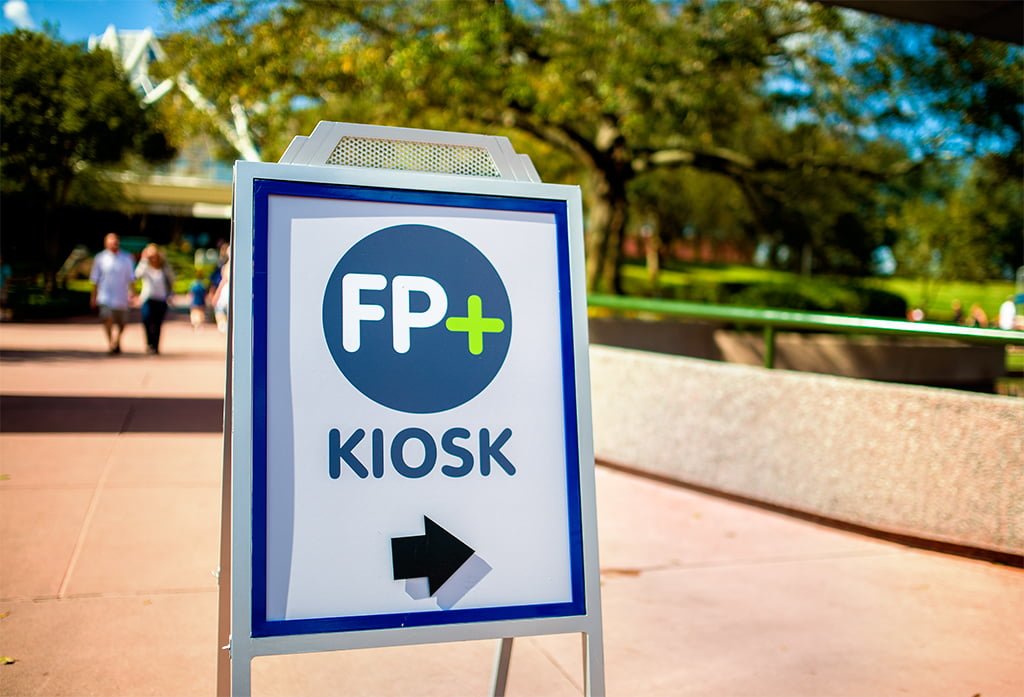 Ultimately, even though it’ll mean some degree of higher crowds and wait times for the remainder of Summer 2021 at Walt Disney World, we are pleased with this Park Pass reservation refill. Walt Disney World can handle an increase in attendance without much of a negative impact to guests; we’ve enjoyed short wait times this month, but they’re unsustainable.

This will undoubtedly be an unpopular opinion, but we view Walt Disney World increasing attendance limits as a very healthy thing and a signal that more normalcy is on the way. (On a related note, we’ve seen a ton of bright-eyed College Program participants around of late.) This puts Walt Disney World in a position to restore more substantive offerings, bringing back more dining, shopping, entertainment, and other integral components of the experience that so many of you have missed over the last year-plus!

Have any luck scoring Disney Park Pass reservations with this new inventory dump for the remainder of Summer 2021? Excited, disappointed, or indifferent to this capacity increase? If you’ve visited since June 15, what has your experience been with actual wait times and “feels like” crowds? Do you agree with our suggestions for Disney’s Hollywood Studios and Epcot? Do you agree or disagree with any of our other commentary? Any questions we can help you answer? Hearing your feedback—even when you disagree with us—is both interesting to us and helpful to other readers, so please share your thoughts below in the comments!