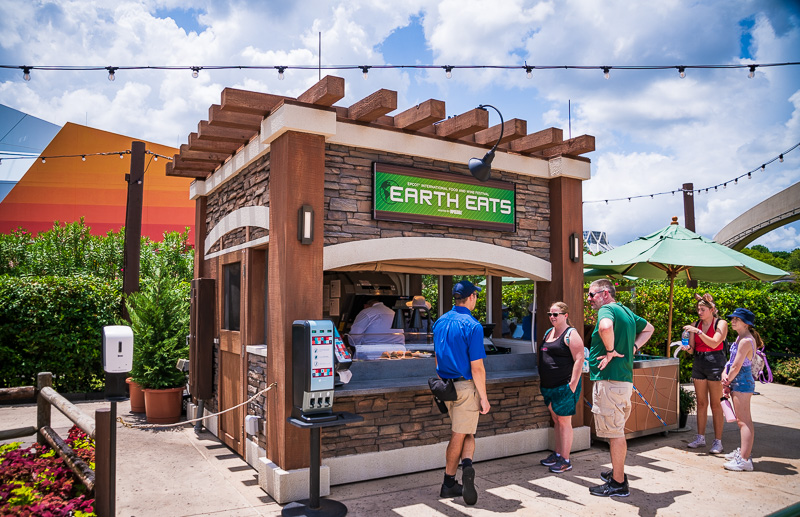 Earth Eats is a Global Marketplace hosted by Impossible Burger at the 2022 Epcot International Food & Wine Festival. This booth features a variety of plant-based options for vegans and vegetarians…or flexitarians like us. In this Walt Disney World dining review, we’ll look at the menu prices, share food photos, and offer thoughts on what is worth your money.

You might recall that Walt Disney World introduced a slew of new vegan options, and began actively promoting its plant-based push. We cover the best & worst of these in our Vegan & Vegetarian Walt Disney World Dining Guide: How to Find Plant-Based Foods. The new partnership with Impossible Burger should further elevate the plant-based menu options, and offer some predictability.

Here’s the menu for Earth Eats: 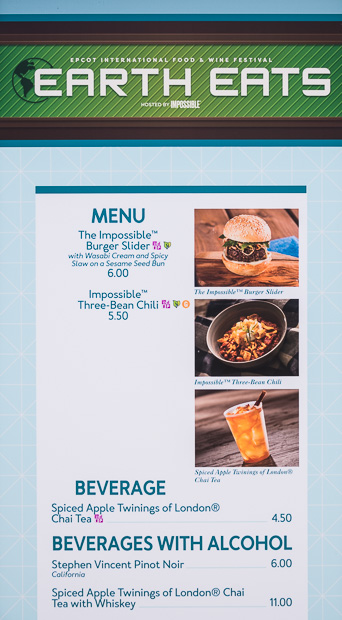 And our photos and reviews of the foods at Earth Eats. (Note: these have not yet been updated with fresh reviews of the new items at the 2022 Epcot Food & Wine Festival. Stay tuned for that!) 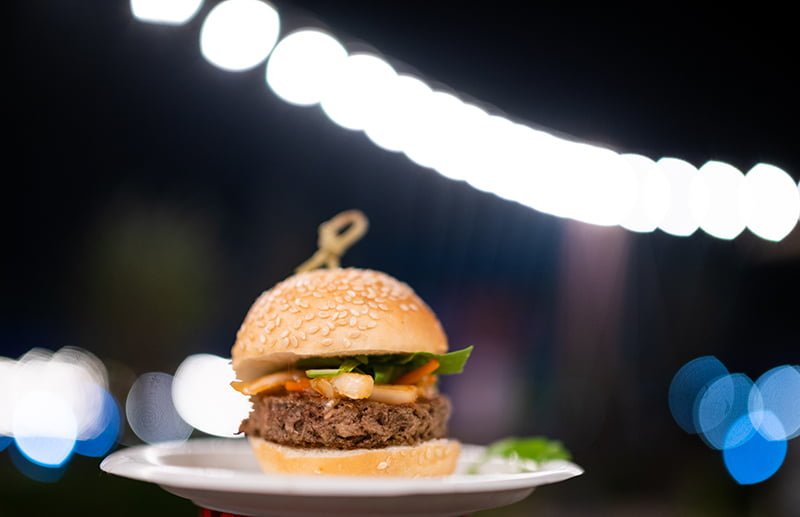 Impossible Burger Slider – Since first trying them, Impossible burgers have really won me over. They are getting more and more convincing, and both Impossible and Beyond leading the way.

If you’ve never had one, give this a try. It’s juicy and savory, and you might just not be able to tell it isn’t meat. The wasabi cream helps, too. I’ve said before that even the best vegan burger isn’t as good as the worst beef burger, but that’s changing. 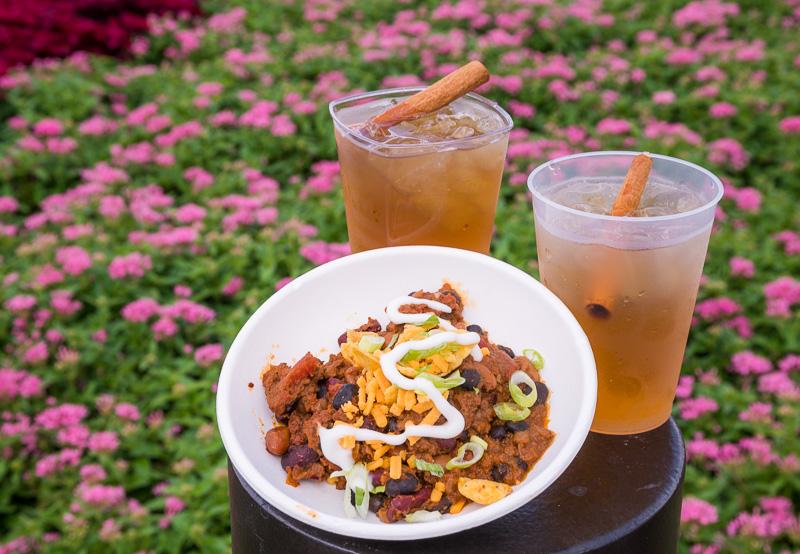 Impossible Three-Bean Chili($5.75) — This is pretty good and convincing, but you can also tell there’s something a bit “off” about it. With many plant-based dishes at Walt Disney World, you’d be hard-pressed to tell it’s plant-based if doing a blind taste-test (like the fantastic Felucian Kefta and Hummus Garden Spread over in Star Wars: Galaxy’s Edge).

It’s probably because there are several components of this that have been modified for this to be a plant-based and gluten-free dish, but there’s a slightly odd feel and taste to the chili and its toppings. Those on a plant-based diet probably won’t notice, but if you also eat meat, it’ll be easy to tell that something is amiss here–even if you can’t quite put your finger on what. Still, not bad.

Overall, how you will feel about Earth Eats likely depends upon your perspective. If you’re vegan or vegetarian, you’ll likely be pleased to see Impossible Meats hosting an entire booth of plant-based fare. If you’re not grading on that curve and just want excellent food, this food booth is a bit of a disappointment. Personally, Earth Eats is something I view as totally skippable, even with the solid Impossible creations. If you’re vegan, you might have a lack of better alternatives and thus feel differently. Carnivores are better off with all of the other booths.

What do you think of the Earth Eats booth? Have you tried the Impossible dishes here? If so, which did you prefer? Are you a fan of the Next Eats area at the Epcot International Food & Wine Festival? Questions we can help you answer? Hearing your feedback–even when you disagree with us–is both interesting to us and helpful to other readers, so please share your thoughts below in the comments!