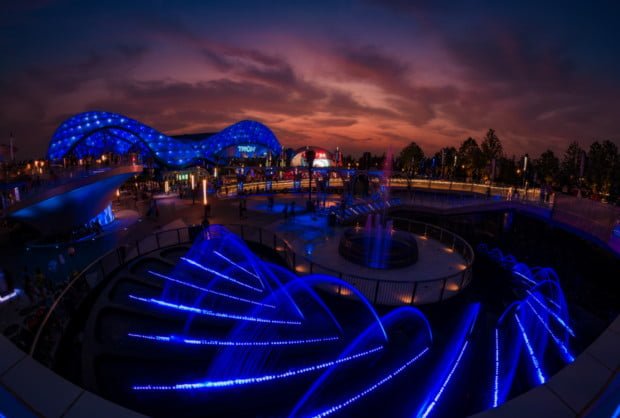 While the last color in the dusk sky faded, I stood at a rail in Tomorrowland (if you only knew how many photos almost identical to this–but with different skies–I have…), overlooking a fountain and TRON: Lightcycle Power Run. As I stood there, letting what I had just experienced soak in, I found the background music once again catching my attention.

Some of my favorite BGM loops are favorites not because I think they’re amazing pieces of music, but because of the associated memories that hearing the music evokes. To this day, when I hear the Aquasphere Plaza (Night) BGM, I distinctly remember the end of my first day at Tokyo DisneySea. I have similar associations with the Innoventions Plaza, Wilderness Lodge Christmas, and (old) Mickey’s Very Merry Christmas Party (MSUSA) loops.

I’m no psychologist, so I can’t even begin to speculate as to how or why this occurs, but to me it’s amazing how just hearing music can trigger positive emotions years after the fact. I suppose that’s one of Disney’s many “tricks,” and why so many fans have such powerful nostalgia for the parks. I now have a nugget of nostalgia for a land that left an underwhelming initial impression on me. I guess that’s how they get ya? 😉

As I stood there watching the last light fade, I realized that the sky was still gorgeous, and maybe I should keep taking photos. We were supposed to meet for Soaring Over the Horizon in 25 minutes, so I figured I’d better get moving.

For whatever reason, I decided to shoot blue hour handheld, which was a pretty terrible idea. I guess I was still operating with the ‘quantity over quality’ mentality, but the result is a lot of grainy or not-quite-sharp photos. Good(?) thing, Instagram uses a compressed, low-resolution interface! 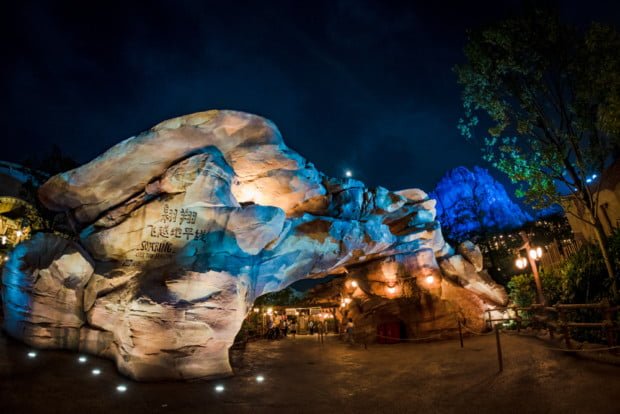 The wait time for Soaring Over the Horizon was still in the 2-hour range, but we had FastPasses from the morning–otherwise we wouldn’t have done it. I’ve already written a full Soarin’ 2.0 Review that covers my thoughts on the attraction, but for this version, I’ll add that the queue is incredibly well done, and the pre-show is amusing even if you can’t understand it.

An intentional campiness with pre-shows seems to work well for WDI, as fans end up quoting lines and remembering throwaway visual gags. This pre-show video reminder me a lot of the U.S. pre-show for Soarin, even though they are substantively different. Other than that, Soaring is the same attraction as Soarin’. The same cheesy CGI and/or gorgeous visuals, depending upon your perspective. It ends flying over the city of Shanghai, which I assume occurs because construction of the park was not far enough along when filming took place. However, why not just finish it like they built the Taj Mahal…in CGI?! 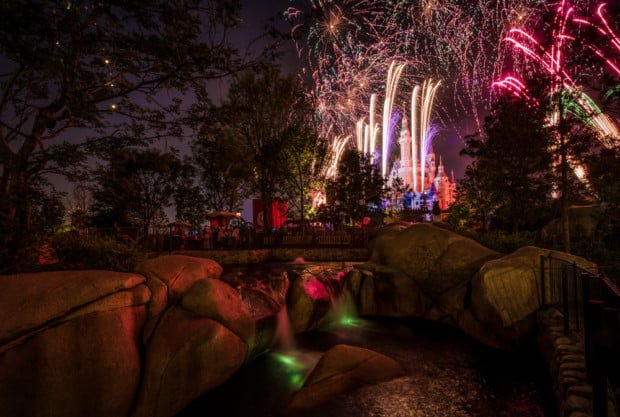 After Soaring, we only had a few minutes to find a spot for the fireworks. Having dealt with the chaos in Gardens of Imagination on opening day (and seeing the same while racing around for sunset earlier), we decided to avoid that, and instead go for a unique–but partially obstructed–view on the side of the castle. Worked well for photos, even if the projections were entirely obscured. 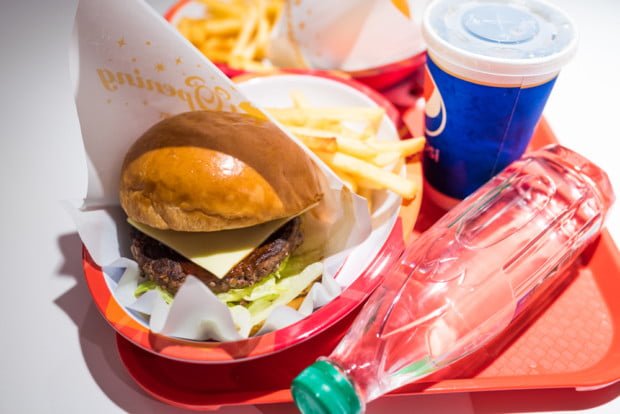 After that, it was time to eat. We quickly realized that virtually every restaurant was closed, so we decided to just head to Tomorrowland and use our FastPasses for TRON: Lightcycle Power Run. On our way, we noticed that Stargazer Grill was still open.

The 3 of us were starving, so we ignored the “never eat in Tomorrowland” adage and decided to give it a try. Our meal was definitely good by Tomorrowland standards, but weak by Shanghai Disneyland standards. 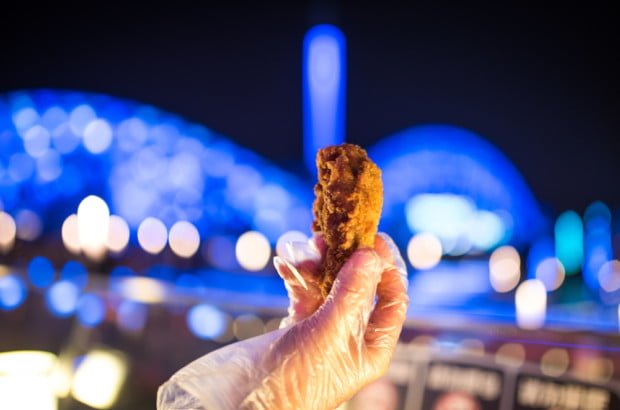 This was our first nighttime ride on TRON: Lightcycle Power Run and…clearly I had a good time. Creepy on-ride photo aside, the attraction is better at night. The outdoor portion is excellent in the evening. 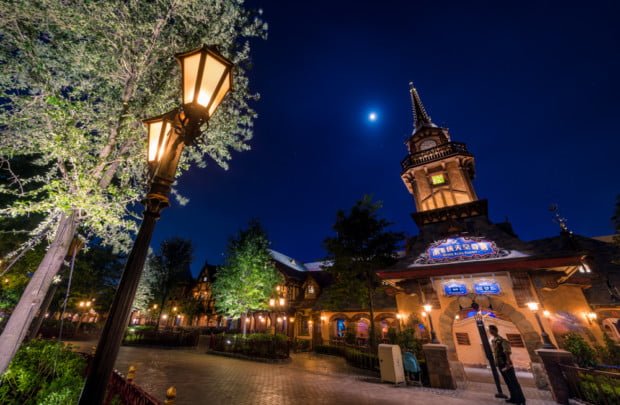 After that, it was time for photos… 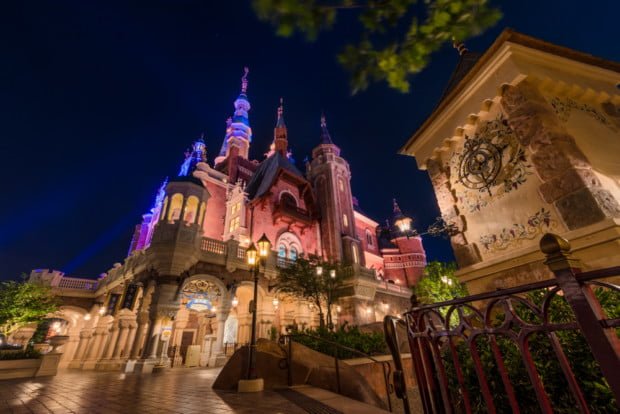 Not having learned any lessons from the sunset, I again fixated on the castle. 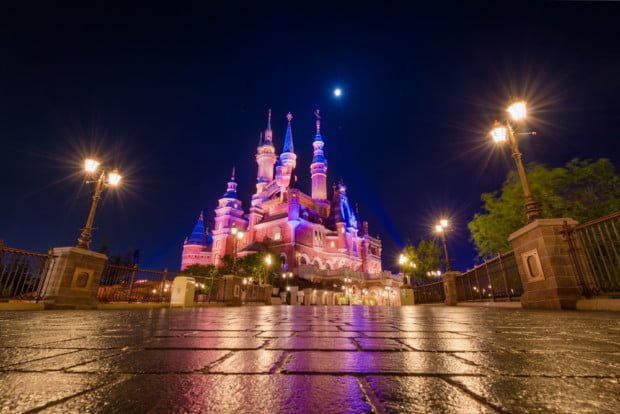 In fairness, though, Enchanted Storybook Castle basically beckons the camera, and you really have no choice. 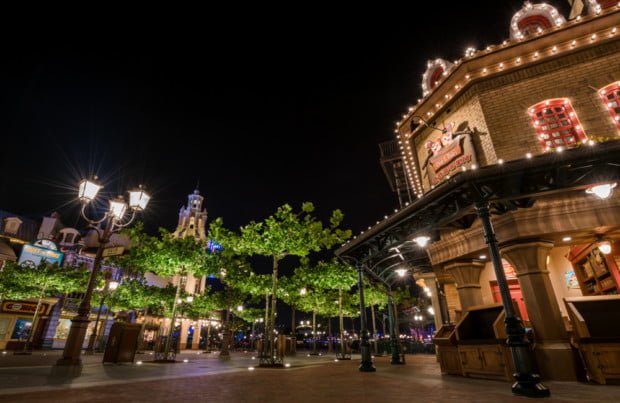 That, and security sweeps the other lands first (since Mickey Avenue is open after park closing), so your options are essentially the castle, Gardens of Imagination, or Mickey Avenue. Of those, the castle is by far the most photogenic. 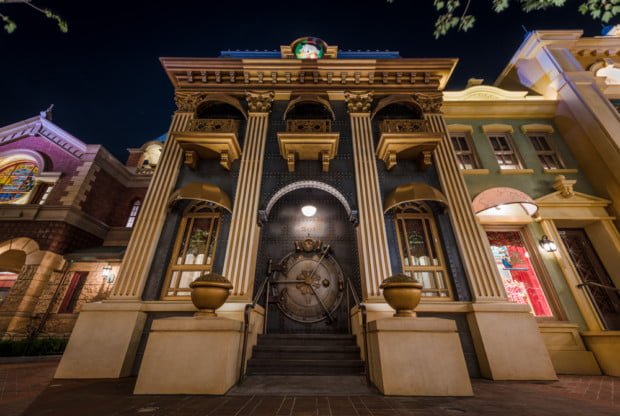 I did spend a decent amount of time just wandering around Mickey Avenue, as security was really slow to clear the front of the park. Guests were still in the shops well after an hour past closing. Given that this was only day 2 of operations, I’m assuming this is something that will get tighter once they put more experience under their belts. 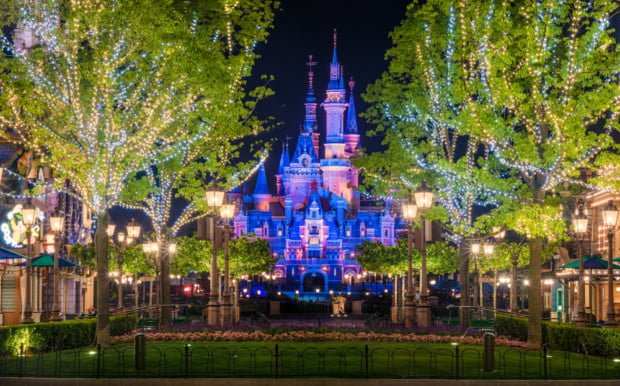 The more I saw Enchanted Storybook Castle, the more it grew on me. I know it’s not everyone’s cup of tea, but I think the style works in the context of the park, and the design is more appealing in the flesh, when you’re looking at it within the context of an environment, and not as apt to focus on specific details that tend to stick out when examining it via photos. 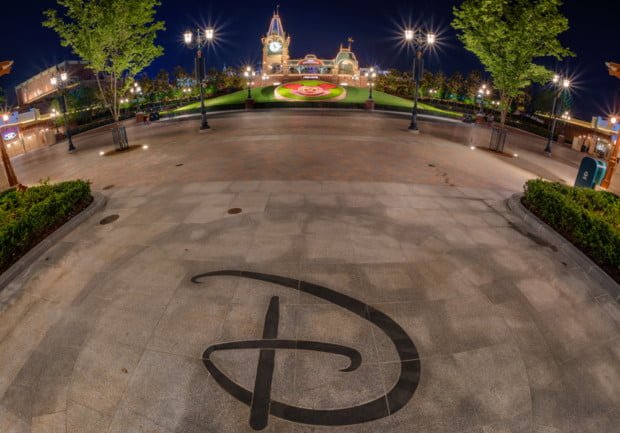 That’s the end of the second day of official operations at Shanghai Disneyland! Unlike the previous evening, the bus was still operating, so we didn’t have to walk all the way back to Shanghai Disneyland Hotel. That sunset was definitely the highlight of the day for me, and a memory of our first visit that I’ll never forget.

We’ll pick up with day 3–our last day in Shanghai before heading to Hong Kong Disneyland–in the next installment. Thanks for reading! 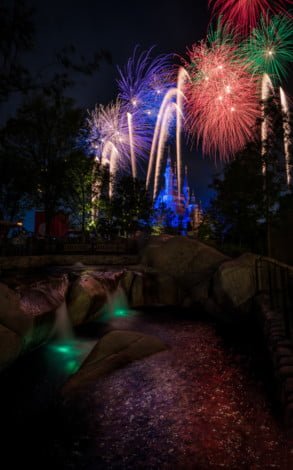 If you enjoyed this installment of our Shanghai Disneyland Trip Report, we would greatly appreciate it if you’d share it via social media or leave a comment to let us know you’re reading. A lot of effort goes into trip report posts (surprising given their quality—but true! 😉 ), and we hope readers enjoy them!

What do you think of Shanghai Disneyland thus far? Do you think sunsets are the language of love? Is music an important part of the Disney experience for you? Any questions that we haven’t answered yet? We love hearing from readers, so please share any other thoughts or questions you have, in the comments!