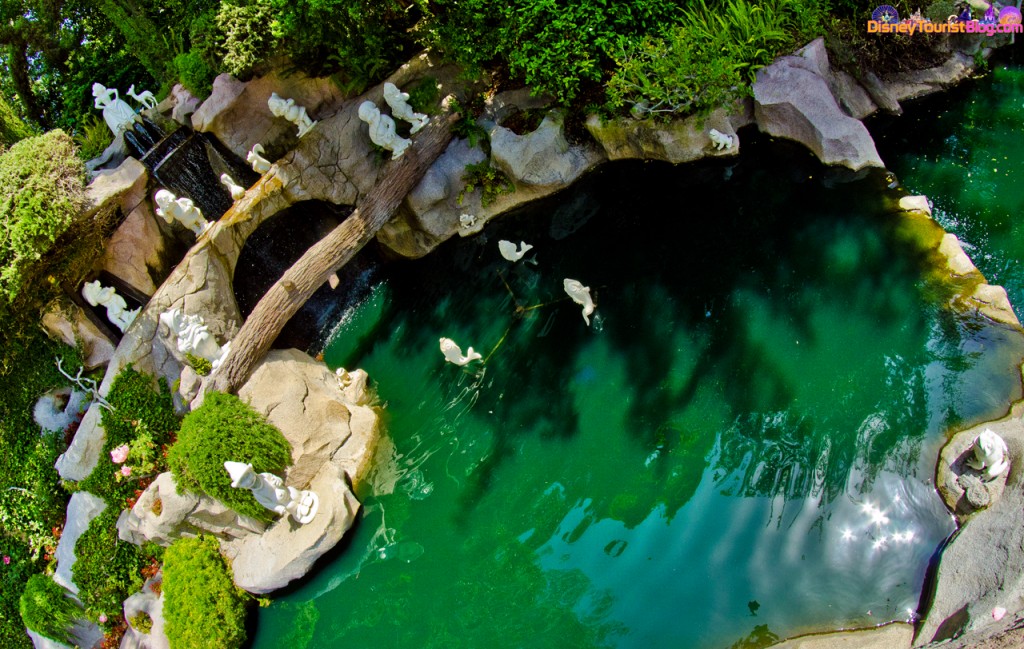 Hidden among the foliage in the winding paths around Sleeping Beauty Castle is Snow White Grotto. You will probably first come across a wishing well where, if you listen closely, you can hear Snow White’s voice singing “I’m wishing.” As you continue to explore the area, you’ll find a forest containing marble statues of Snow White, the Seven Dwarfs, and some of Snow White’s closest animal friends! The marble statues were sent to Disneyland anonymously from Italy in 1961, and were modeled after soaps. Snow White was only slightly taller than the dwarfs, so Disney employed forced perspective in the scene, placing Snow White by herself at the top of the scene, higher than all of the dwarfs.

One Response to “Snow White Grotto – Disney Photo of the Day”