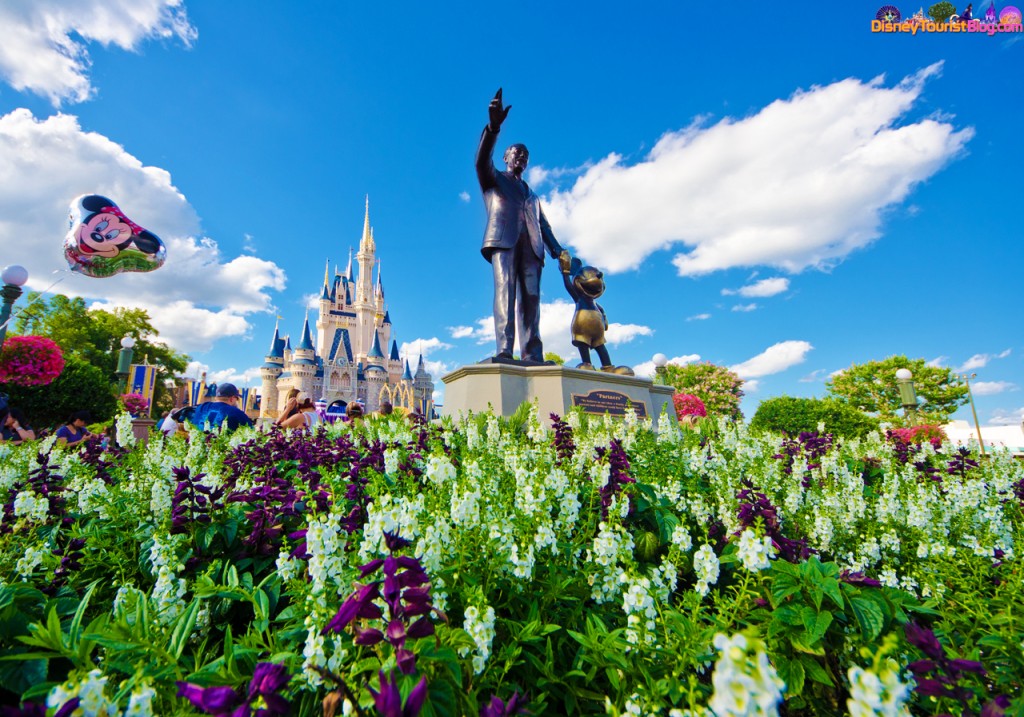 If you follow the Disney fan photographers, you probably know an inordinate number of us are really enamored with Partners. It’s one of my favorite things to photograph, and to me, embodies the spirit of the parks, and Walt’s dream for them, perfectly. But I’ve said all of this before, so here’s a little background into “Partners.”

Marty Sklar approached Disney Legend Blaine Gibson, Partners’ creator, about creating the statue for Disneyland. The statue’s installation at Disneyland was originally controversial, as it is reported that Walt did not want tributes to himself in the parks. The finished product was placed in Disneyland’s hub on November 18, 1993 exactly 65 years after the launch of “Steamboat Willie.” Disney Legend Richard Sherman performed for Partners’ dedication, and recalled his performance at Walt Disney World’s Destination D: “There were 2,000 people on Main Street, but I said, ‘I’m going to play this song for Walt.'” When he reached the line, “Tuppence, tuppence, tuppence a bag,” a lone bird flew “down from heaven,” he said, and swept above his piano. He took it as a sign that Walt was watching.

On June 19, 1995 the “Partners” statue was installed in the hub of the Magic Kingdom. According to Walt Disney Imagineering, “Walt is rendered as the visionary, in a hero’s stance, pointing toward the future and leading the way for his creation, Mickey Mouse.” Walt is not pointing at Roy (who is located at the front of the Magic Kingdom in Florida, a statue that doesn’t even exist in Disneyland), as that statue was not added until 1999.