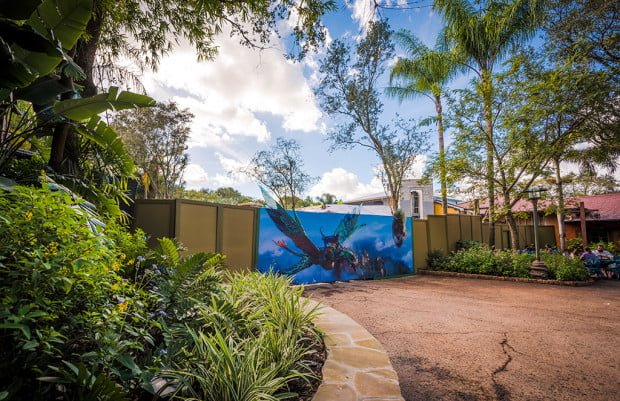 Recently, the #1 question asked by readers has shifted from “when will Free Dining be announced?” to “will Avatar Land have soft openings on ____?” We probably brought this on ourselves, predicting that soft openings would occur for Pandora: World of Avatar before its official opening date of May 27, 2017. (We also have confirmed Annual Passholder previews in the ‘update’ section below.)

This really isn’t a bold prediction. Although recent history suggests otherwise, soft openings are an ordinary and necessary aspect of opening a theme park addition this large. I thought I’d post this as an indirect response to those questions, with some historical context based upon soft openings at Walt Disney World (and beyond) from the past decade or so. Please note that these dates are compiled based upon my research of ‘Disney news’ (my memory is not that much of a steel trap) and could be off by a day or two one way or the other.

Soft openings, also known as trial operations or technical rehearsals, are a chance for the parks to open an attraction unannounced prior to its official opening, to conduct test operations and Cast Member training in a more forgiving and low stress environment. Soft openings always draw (significantly) fewer crowds than official openings, and inform guests that the soft opening could be ended without warning at any time.

These Annual Passholder previews required registration and are now full, so if you have not already signed up for a slot it’s too late to gain access. Following these AP previews, there will be a series of media days that will run until May 25, 2017. At that point, a one or two day preview before the land opens to the general public is possible, but it’s also possible that Disney will need to do clean-up from the media events and prepare for the big rush of people on May 27, 2017.

We’ll keep you posted should there be any further updates. So far, the feedback from Cast Members who have visited Pandora has been positive!

What follows now is the rest of our original post… 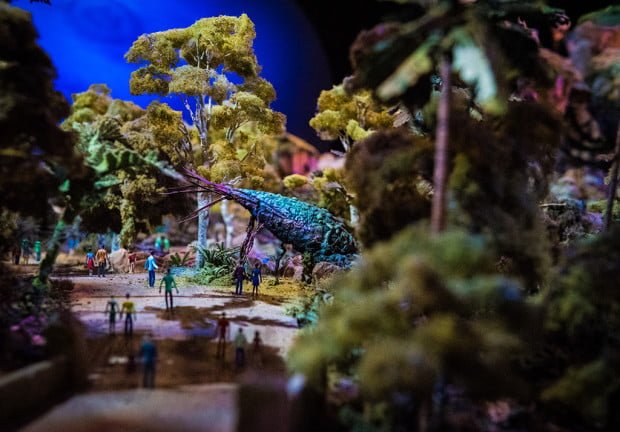 Let’s start with the bad news: attractions that didn’t have soft openings or had their original opening date pushed back. These include Soarin’ Around the World (due to its nature, an immediate switchover was possible), Frozen Ever After (delayed and opened with technical issues), Rivers of Light (more issues/delays than a single parenthetical can hold),

New Fantasyland (for everything but Seven Dwarfs Mine Train, which opened in ‘phase 2’) soft openings began October 12, 2012, with the grand opening for the land being December 6, 2012. That’s nearly 2 months for 2 attractions, 2 restaurants, and gift shops. (Hmm…sound familiar?) Subsequently, Seven Dwarfs Mine Train had a soft opening on May 21, 2014 with an official opening May 28, 2014.

On a more global scale, Shanghai Disneyland could be instructive. Its grand opening was pushed back multiple times and there was a rush to complete work to make its grand opening last summer, but it still had over a month of soft openings. Additionally, and although it’s not Disney, Wizarding World of Harry Potter at Universal Studios Hollywood had roughly 2 months of soft openings last year; the complexity of that land looks on par with Pandora. 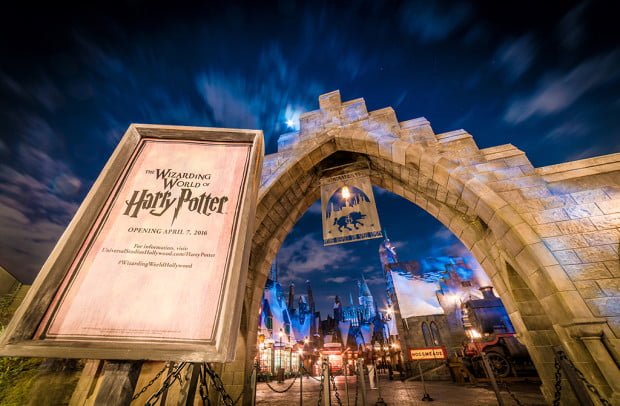 I think these last few examples are most instructive here. Pandora: World of Avatar is not merely a film that can be swapped out, or a retro-fit attraction utilizing the same ride system. This is a brand new land that not only features 2 new attractions and restaurants, but also a “living” environment about which its Cast Members will need to know.

In the case of Pandora: World of Avatar, I also think it bodes well that Disney set a precise opening date several months in advance. Particularly after the issues with Rivers of Light and Frozen Ever After, that likely means they are confident in the project being ready to be unveiled by that date, if not earlier.

Part of “ready to be unveiled” necessarily means soft openings. Disney is incredibly savvy, and they want positive buzz for the land once it officially opens. This means all elements of Pandora firing on all cylinders, wowing guests and media present to cover it. Given Pandora’s complexity, this requires soft openings.

Moreover, if last week’s media blitz was any indication, in which multiple ABC shows were allowed to take their hosts and crews inside Pandora’s attractions, much of this land is pretty close to being ready now. If Imagineering were racing against the clock to get things done with this being a highly-active construction site, those cameras wouldn’t have been allowed in Pandora.

Frankly, that level of media coverage so early makes me suspect that a lot of Pandora: World of Avatar is ready to go right now. It wouldn’t surprise me if there is an element or two–plus some finishing touches on the land itself–that is holding up the rest of the land from being ready to open earlier. That, or it’s all ready to go, but Disney determined the optimal time for opening was Memorial Day weekend. 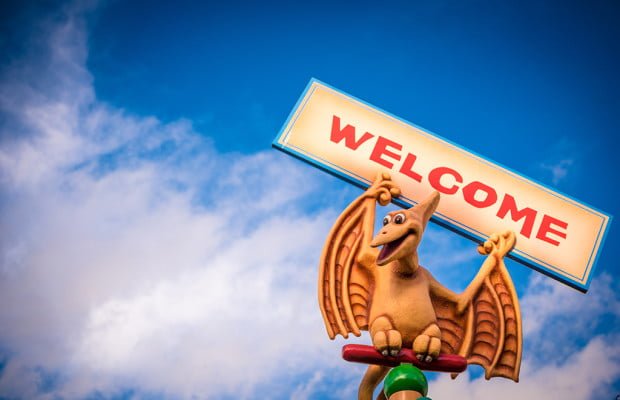 My original prediction was Pandora opening for Earth Day as part of a rededication and relaunch of Disney’s Animal Kingdom. I could still that happening, but not in a splashy, public way. A more realistic scenario seems like having a private event internally for Cast Members, or perhaps a Disney Parks Blog meet-up with a ‘surprise’ visit to Pandora. It’s also possible nothing at all will happen, with Disney not wanting to draw attention away from the big grand opening.

I’m not prepared to give numerical odds because I don’t want irate emails if these predictions don’t pan out (let me be clear: I have no inside information and am only making educated guesses here). However, I will say that we booked a trip after the announcement of the Pandora opening date, and we booked it prior to the grand opening for the express purpose of seeing Pandora before things get crazy. So, I’m putting my money where my mouth is on these predictions. Given the complexity of what Walt Disney World is opening, they need at least 3 weeks of trial operations to ensure a smooth grand opening.

If you’re visiting closer to Memorial Day, I’d say your chances are very good. There is one caveat to that: media events. The week before grand opening is typically when Walt Disney World has its media day(s), and in the case of Pandora: World of Avatar, I’d expect a full court press on the media front. This could very well mean that Pandora is not open to guests at all that week before the grand opening. Prior to that, there’s also the possibility of Cast Member, Annual Passholder, and Disney Vacation Club previews that open the attractions on certain days only to those groups. 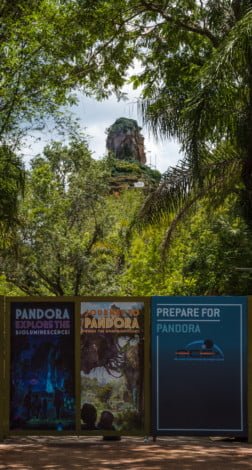 No matter when you’re visiting, one thing to keep in mind with soft openings is that they are sporadic and unannounced. You will not see wait times in the My Disney Experience app. You won’t see anything posted in Animal Kingdom (except maybe a small sign near Tiffins–maybe). If you ask a Cast Member at your hotel whether Pandora is open–even after it has been doing trial operations for a week–they will likely say no and give you the official date.

The goal of soft openings are to conduct test operations in a less-hectic setting, and that doesn’t occur if there’s a public announcement and everyone in Walt Disney World flocks to Pandora. However, the internet being the internet, soft openings are reported on (we will certainly update newsletter subscribers as soon as Pandora soft openings start) and people post about them to social media. The cat gets out of the bag, but still only to guests savvy-enough to keep themselves informed.

The sporadic nature of soft openings means that you cannot count on them to start at park opening and continue through to park closing. This is a test and adjust phase, and usually that means delayed opening times, at minimum. Some days, soft openings may not occur at all. Other times, the attractions might break down, and the soft opening will end prematurely.

Soft openings require guest patience and a flexible schedule. If you have your entire trip precisely scheduled and only have a 4-hour window in Animal Kingdom and cannot change that, you might miss soft openings. The tradeoff in (potentially) being able to experience something before the general public (and with far shorter lines) is being understanding when things break-down or don’t go exactly as planned. Resolving these problems ahead of the grand opening is one of the points of a soft opening in the first place, so you need to be prepared to roll with the punches.

Again, let me reiterate that these are only my predictions. I could be totally wrong. I don’t have any additional info beyond this, so please don’t email me your precise travel dates and expect some stunning revelation in response. No matter when you’re going during a potential soft opening phase for Pandora, I would not bank on experiencing it. There could always be issues that prevent you from being able to experience the new land, and it’s better to have this be a pleasant surprise than a firm expectation followed by a disappointment. Hope that provides some of the bases for our prediction concerning Pandora: World of Avatar soft openings at Walt Disney World–if you have any predictions of your own, or any other ‘evidence’ that might help when soft openings will occur, please share in the comments!

58 Responses to “Previews & Soft Openings for Pandora: World of Avatar”