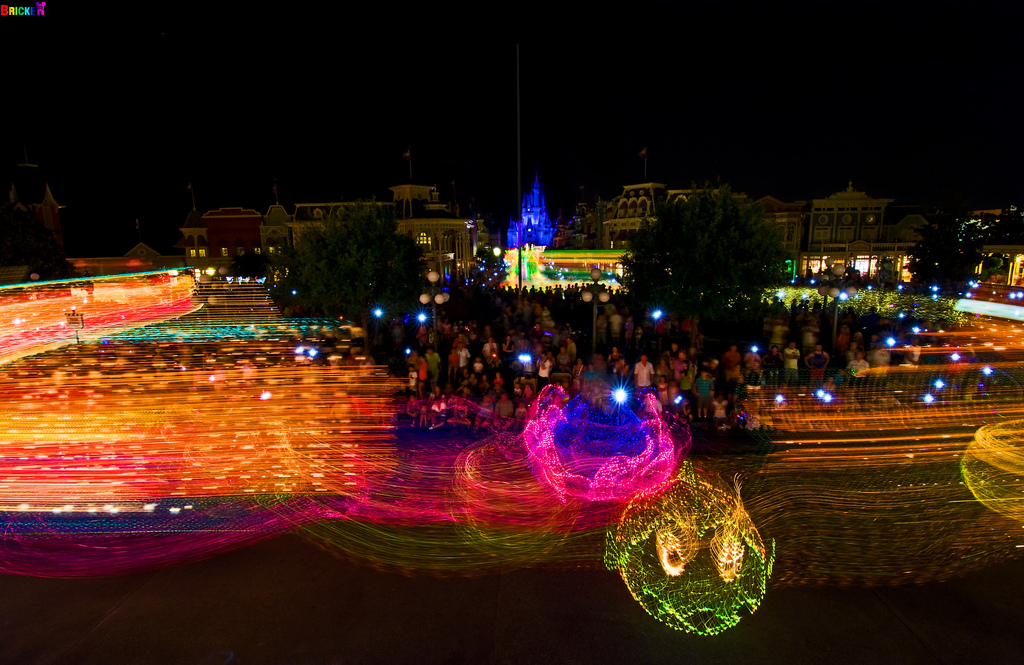 SpectroMagic! is an evening light parade that was presented nightly at Walt Disney World’s Magic Kingdom. It debuted in 1991 as part of the 20th anniversary celebrations, replacing the Main Street Electrical Parade. In this SpectroMagic tribute, we’ll share some of my favorite photos of the parade, which is our sentimental favorite of Disney nighttime parades.

Personally, and this is just our anecdotal observations, but there was no such demand. SpectroMagic was the better and more beloved parade by Walt Disney World fans. While Disneyland fans loved Main Street Electrical Parade, a generation of WDW fans grew up with the waltz-y music, SpectroMickey, and Jiminy Cricket’s narration.

Nevertheless, It was still fully expected that SpectroMagic! would return at some point in the future. Unfortunately, that proved not to be true, as the parade floats were stored outside during Main Street Electrical Parade’s run, and as a result of being exposed to the elements, they had to be destroyed.

The SpectroMagic! music is one of the big draws of the parade (I love its music), along with Jiminy Cricket’s classic introduction: “Welcome to the splendor, the spectacle, the sparkling sensation; where the romance, the comedy and thrill of Disney fantasies come to electric life. And now the Magic Kingdom proudly presents, in a million points of musical light, the magical world of Disney in SpectroMagic!”

Here is a gallery of some of our favorite SpectroMagic! photos: 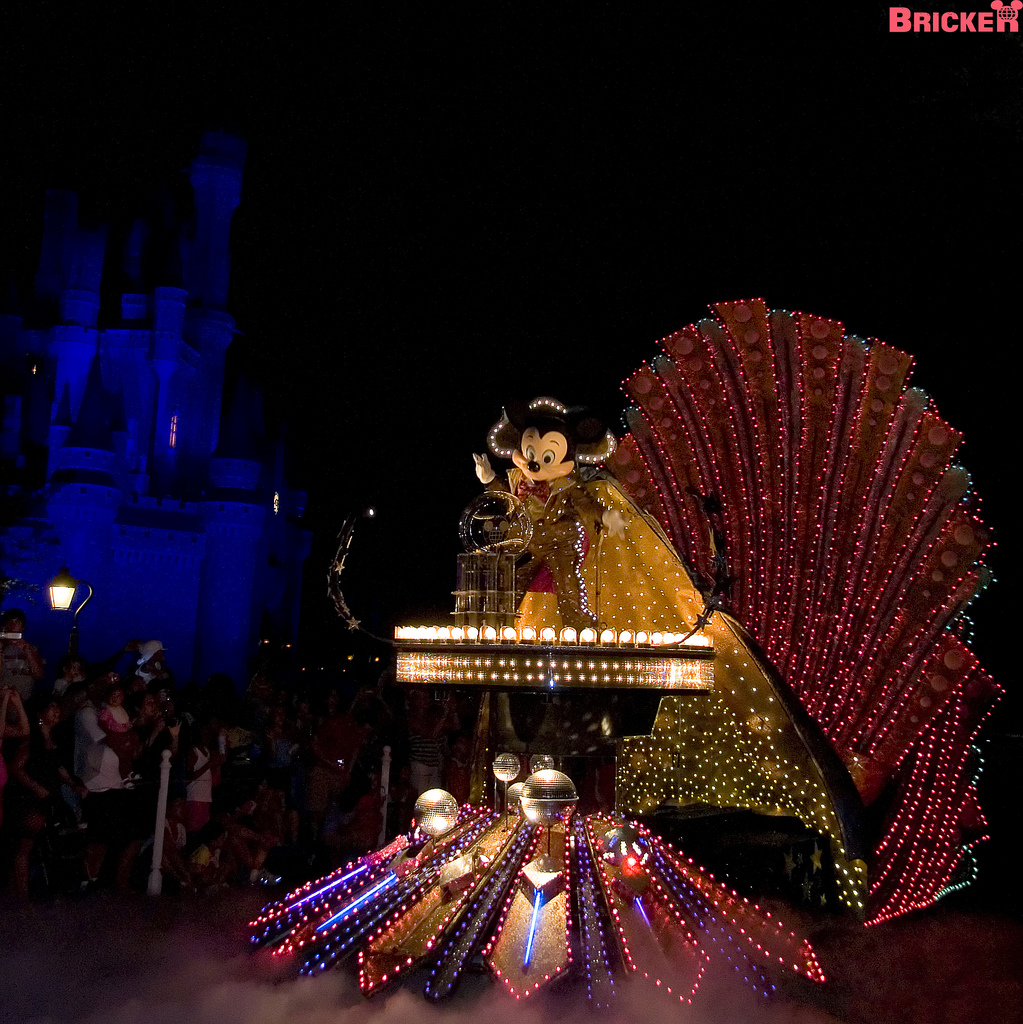 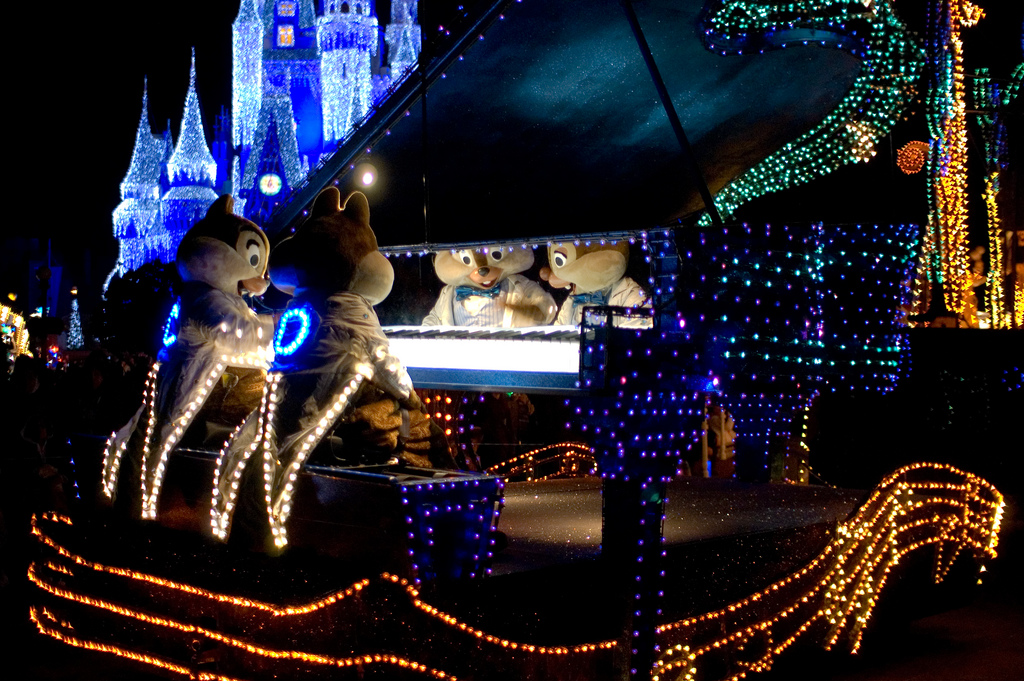 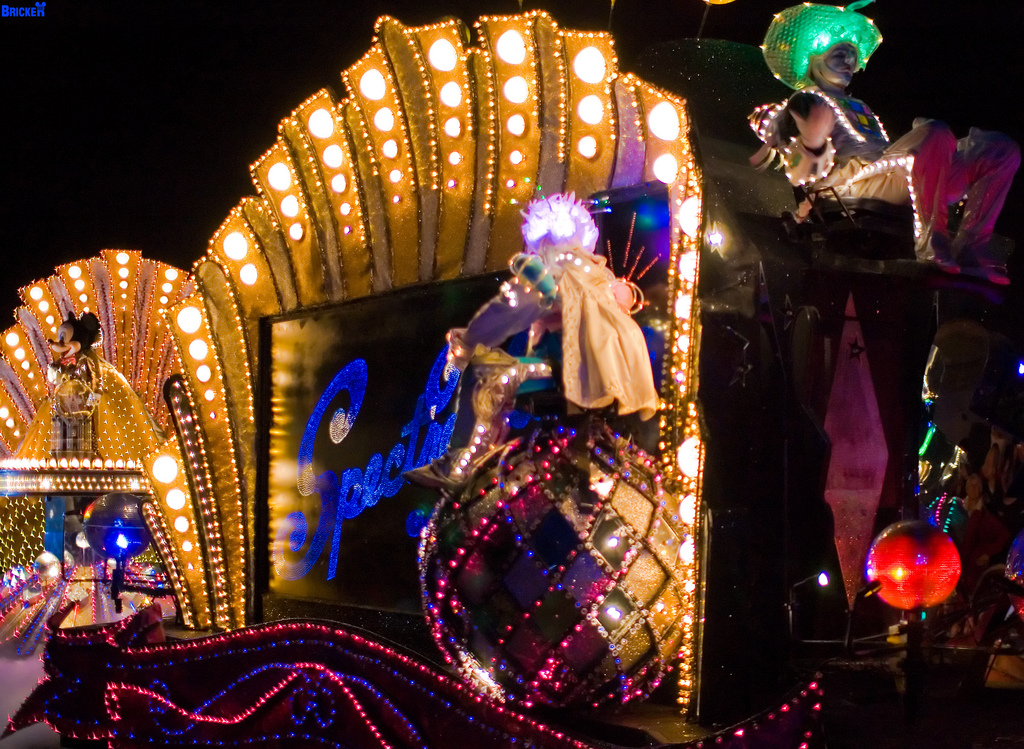 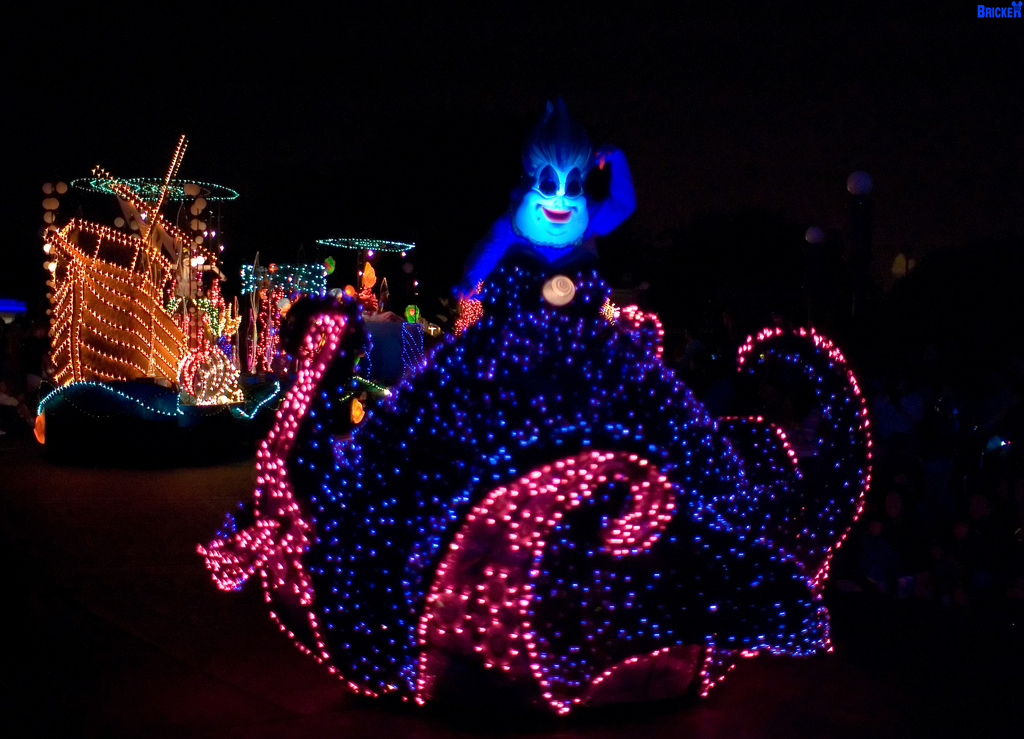 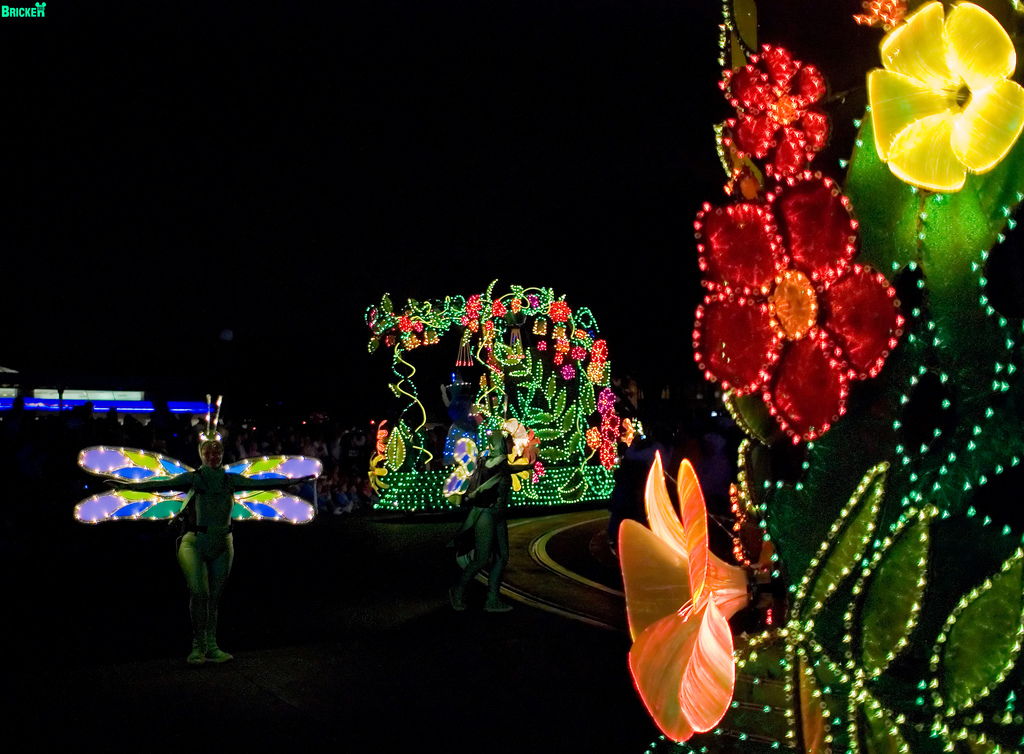 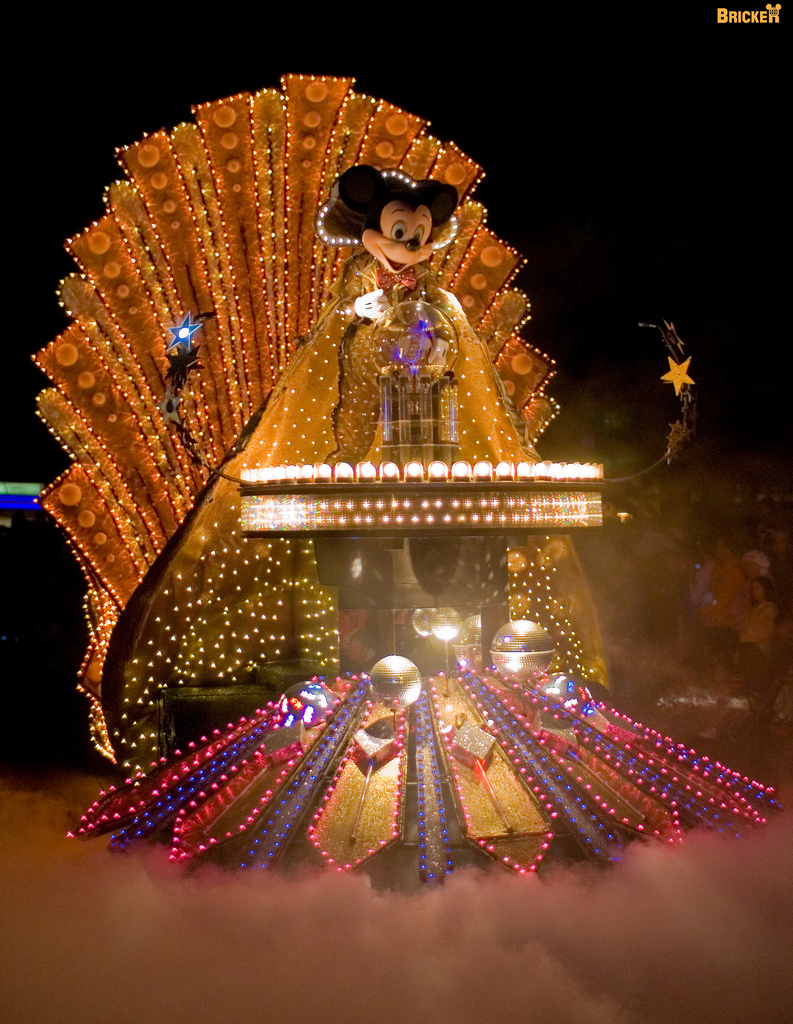 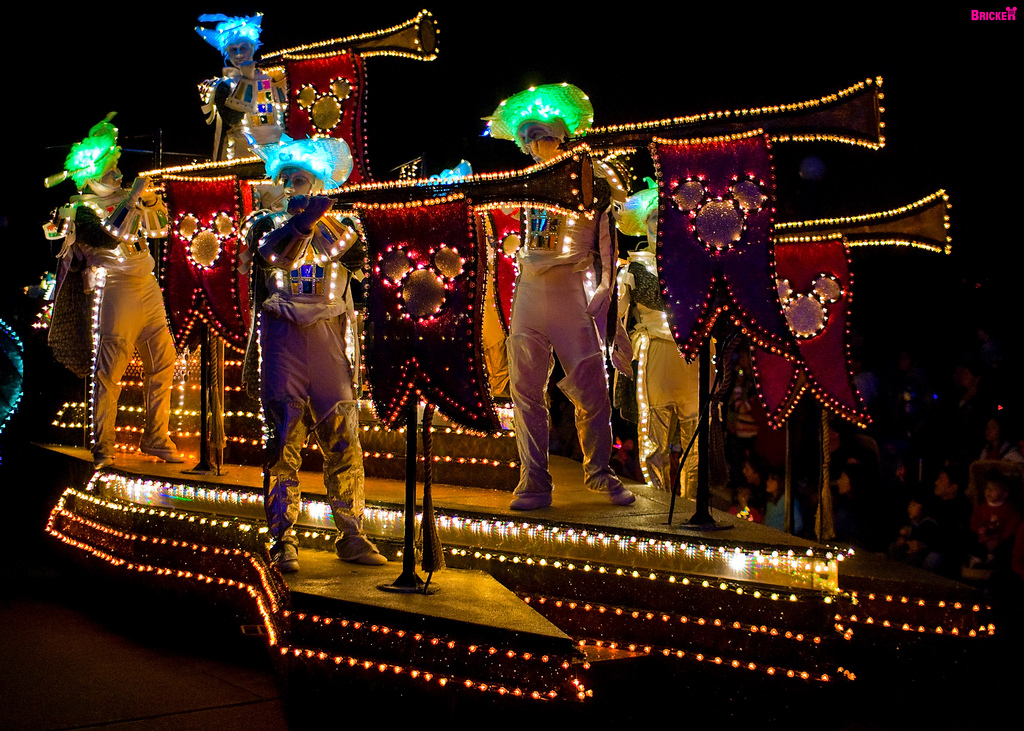 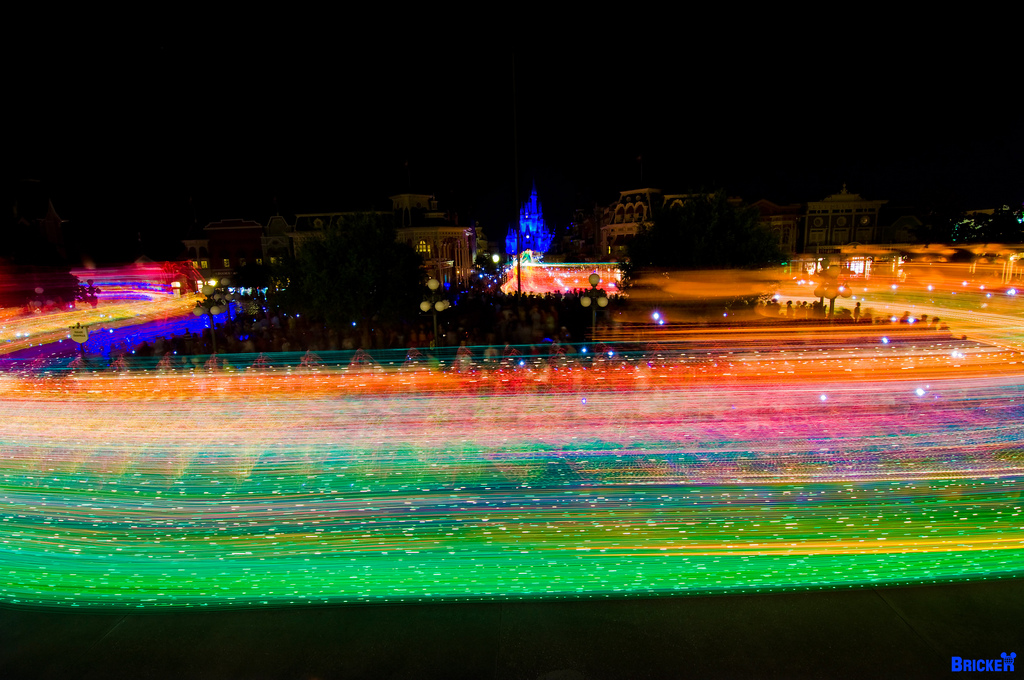 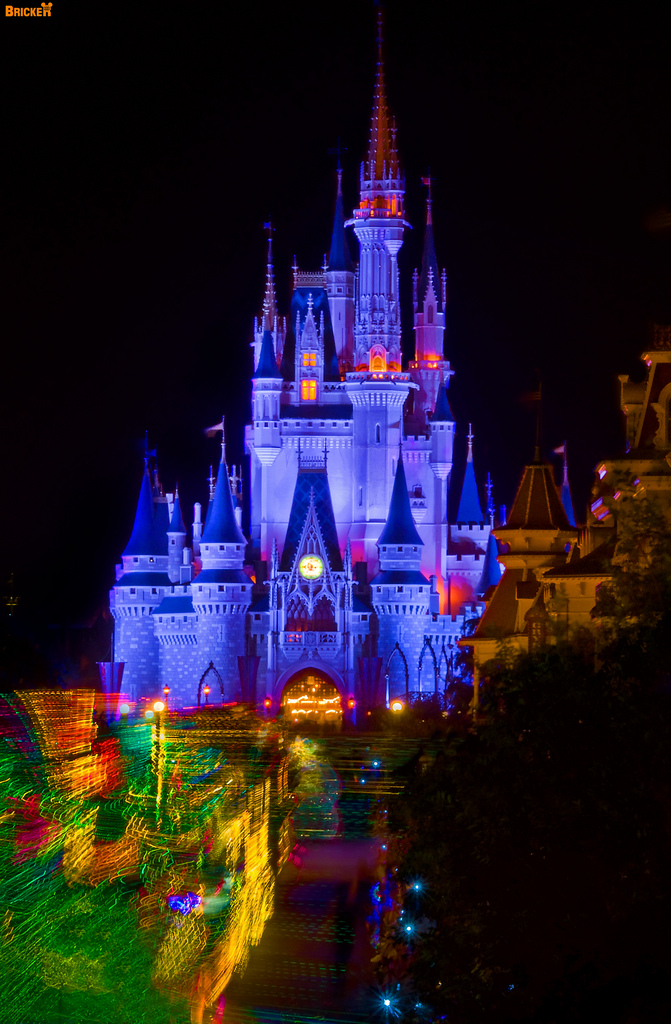 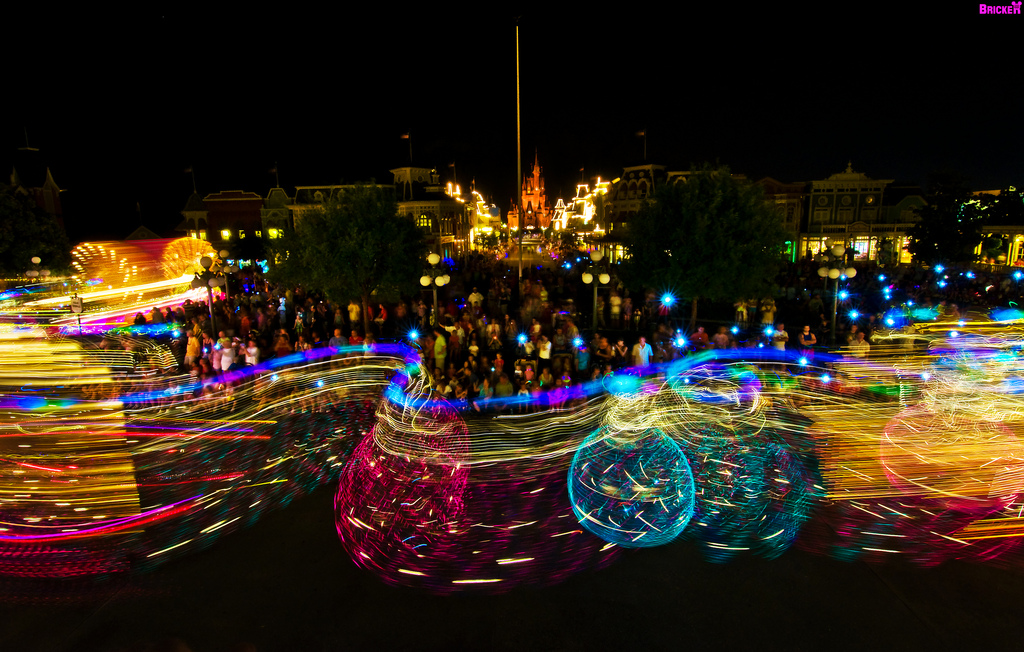 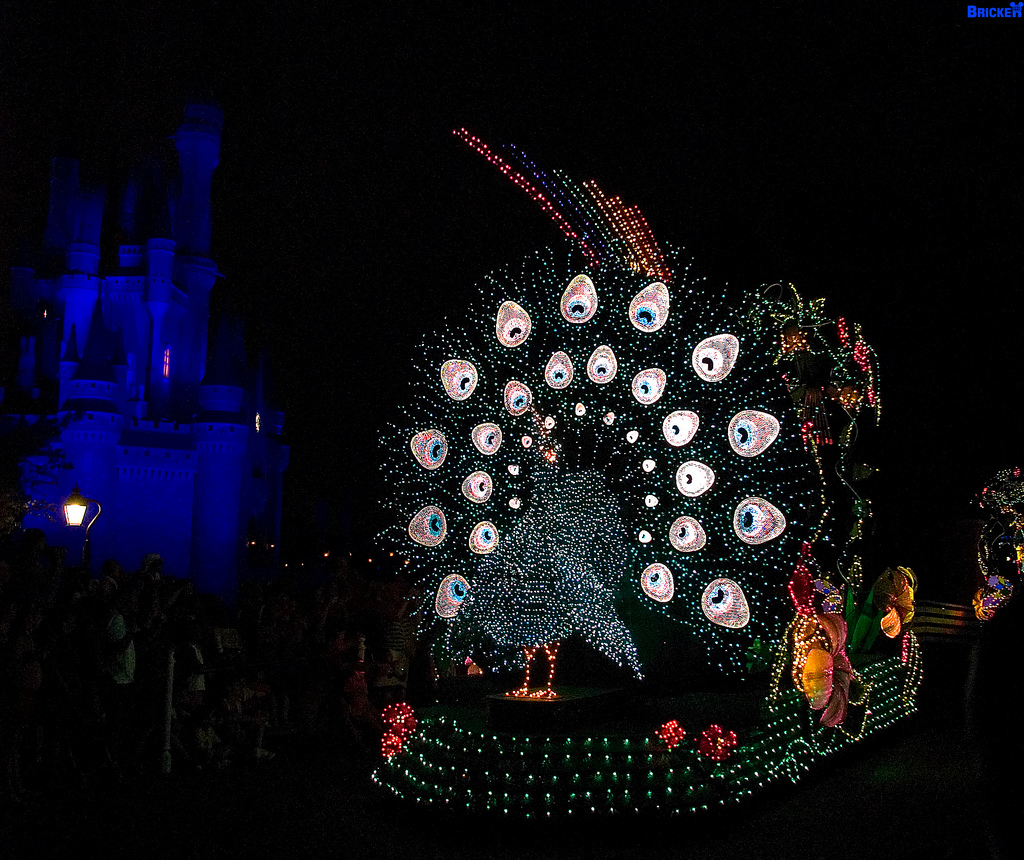 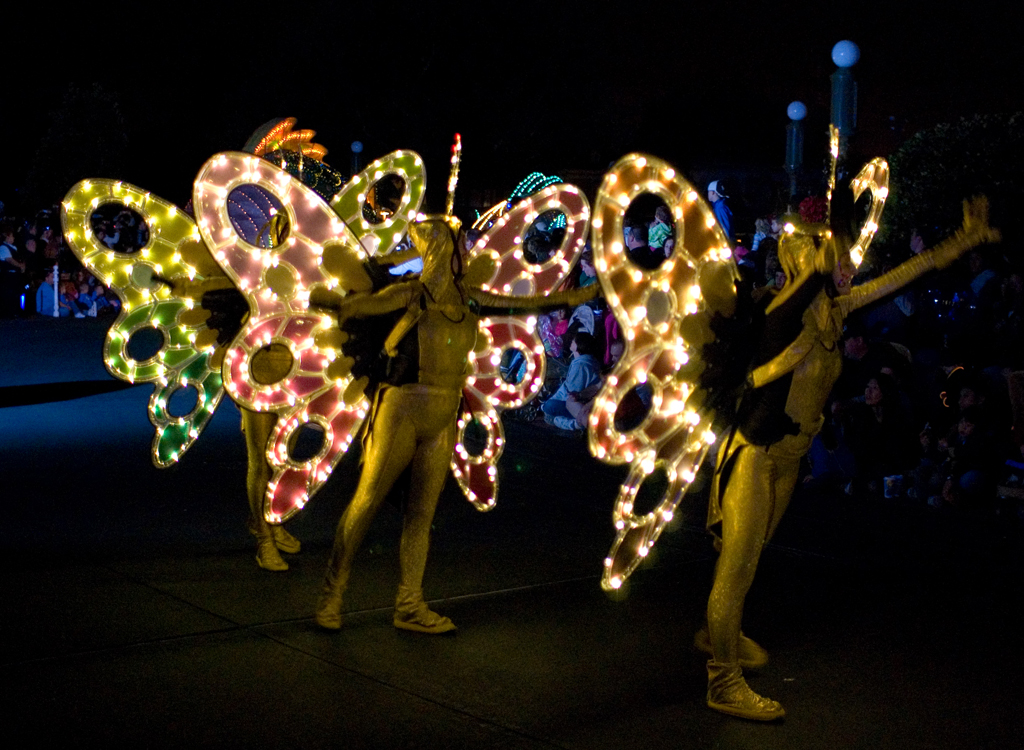 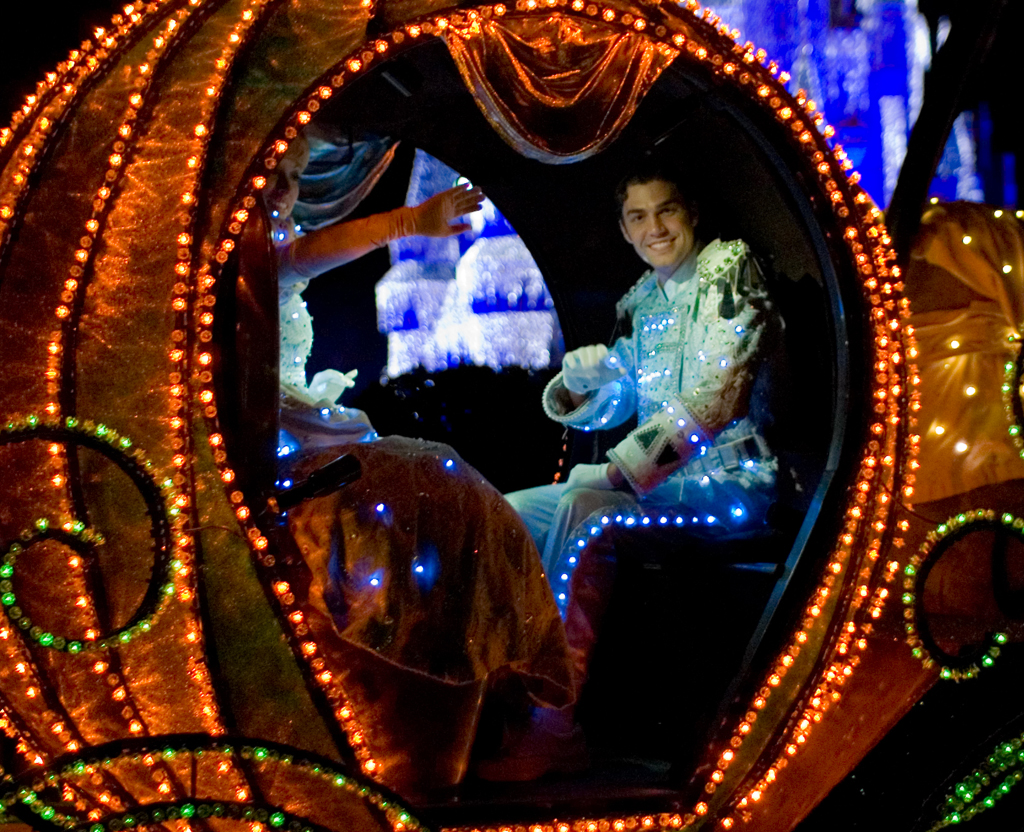 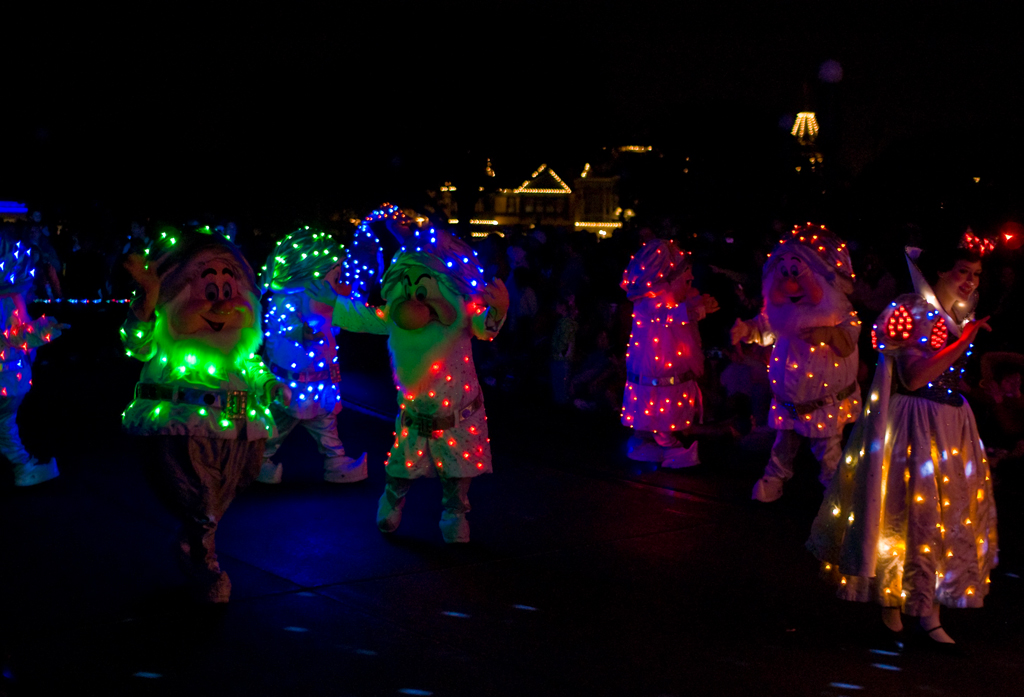 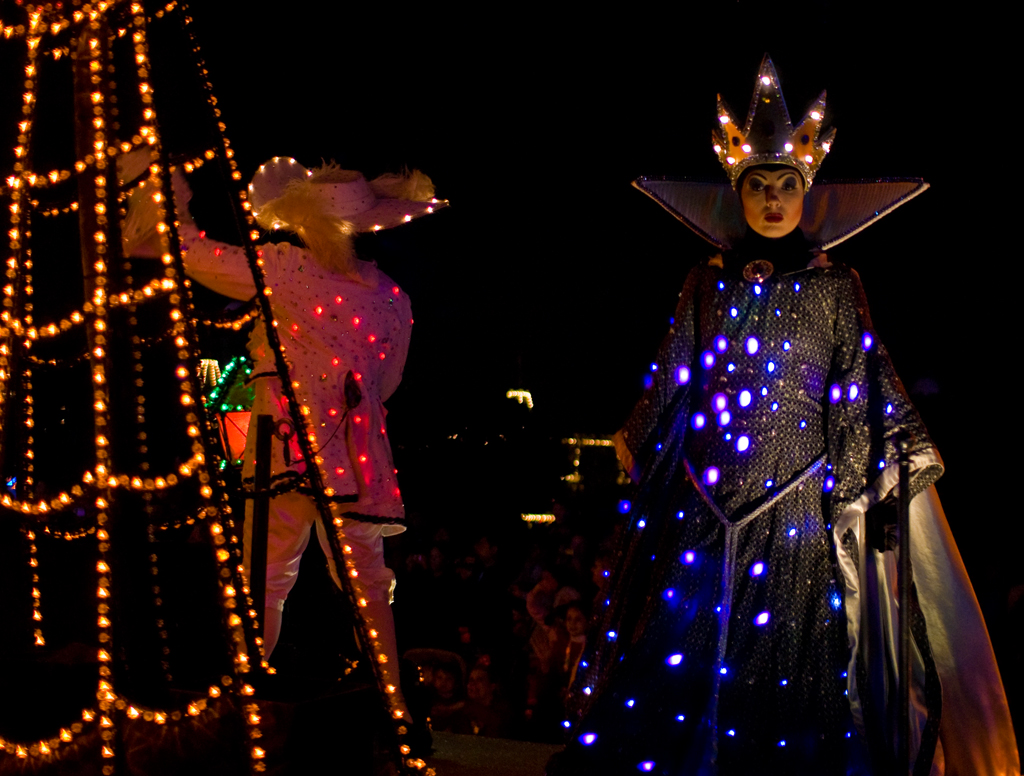 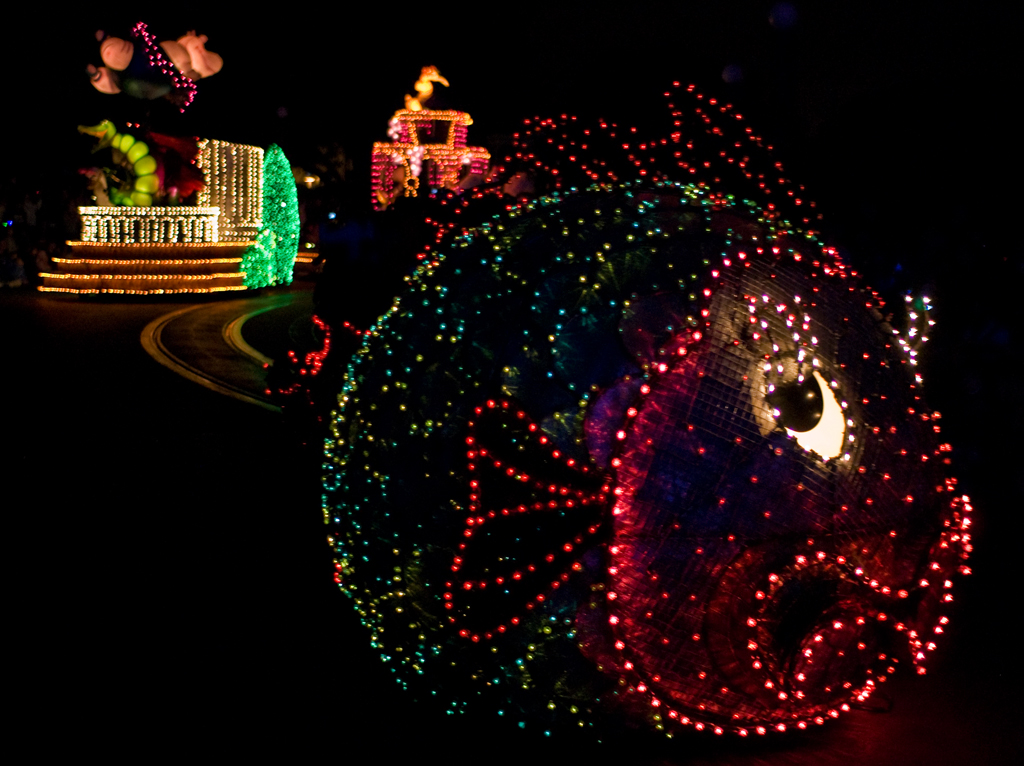 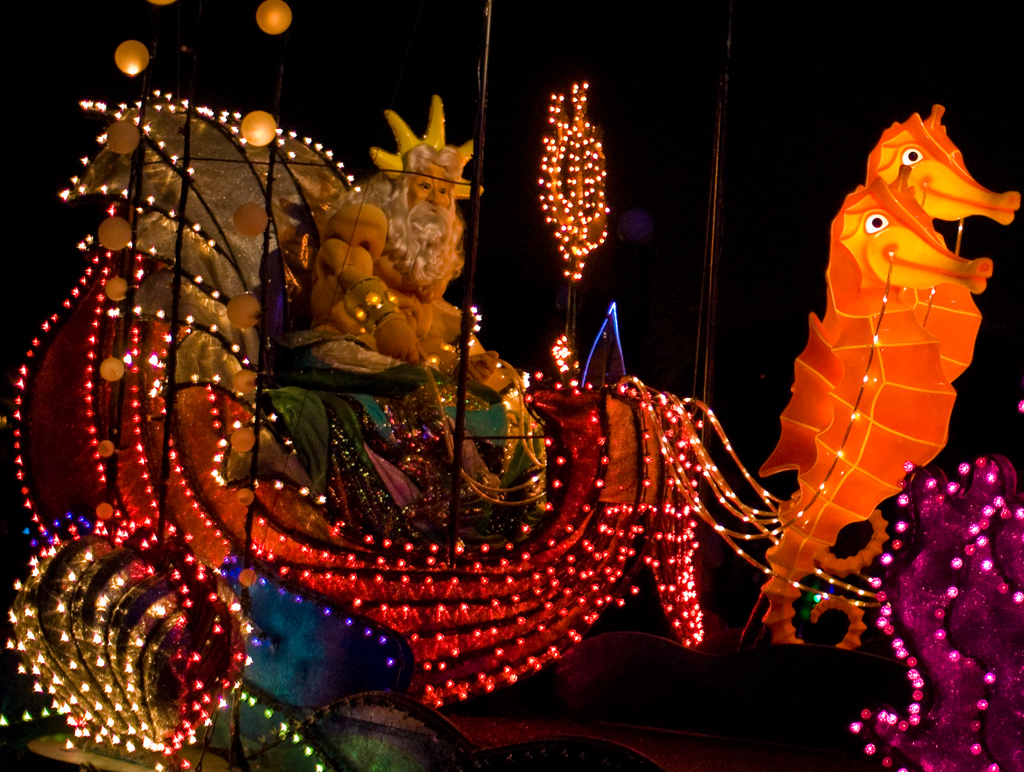 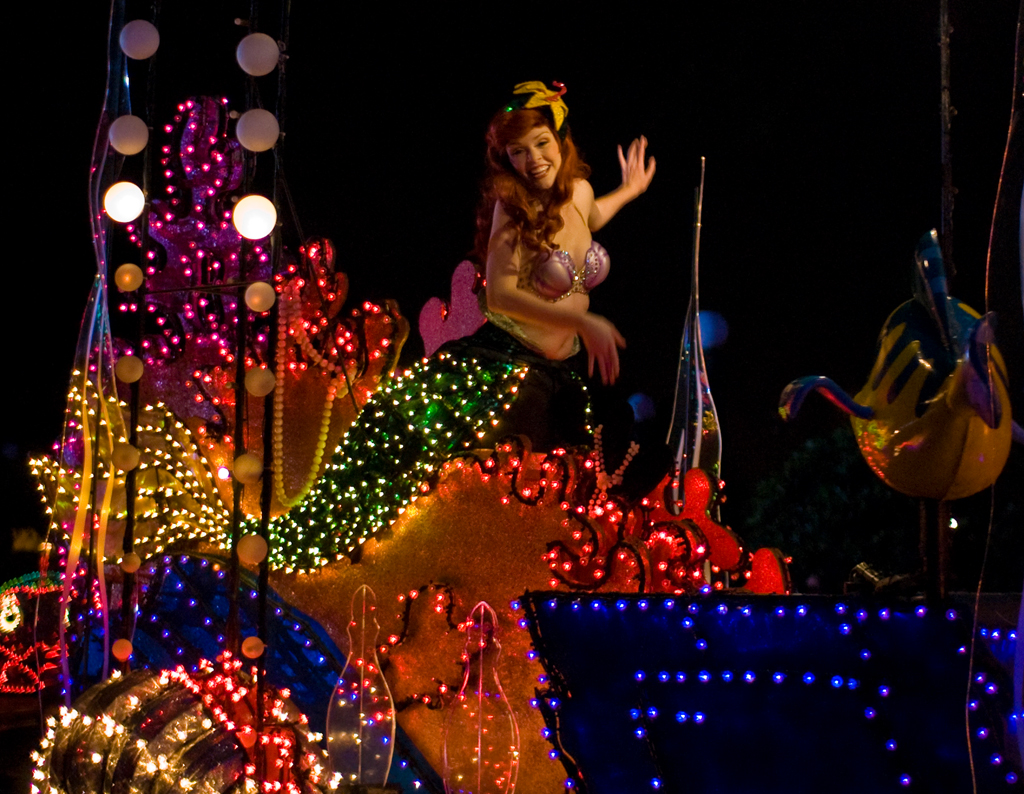 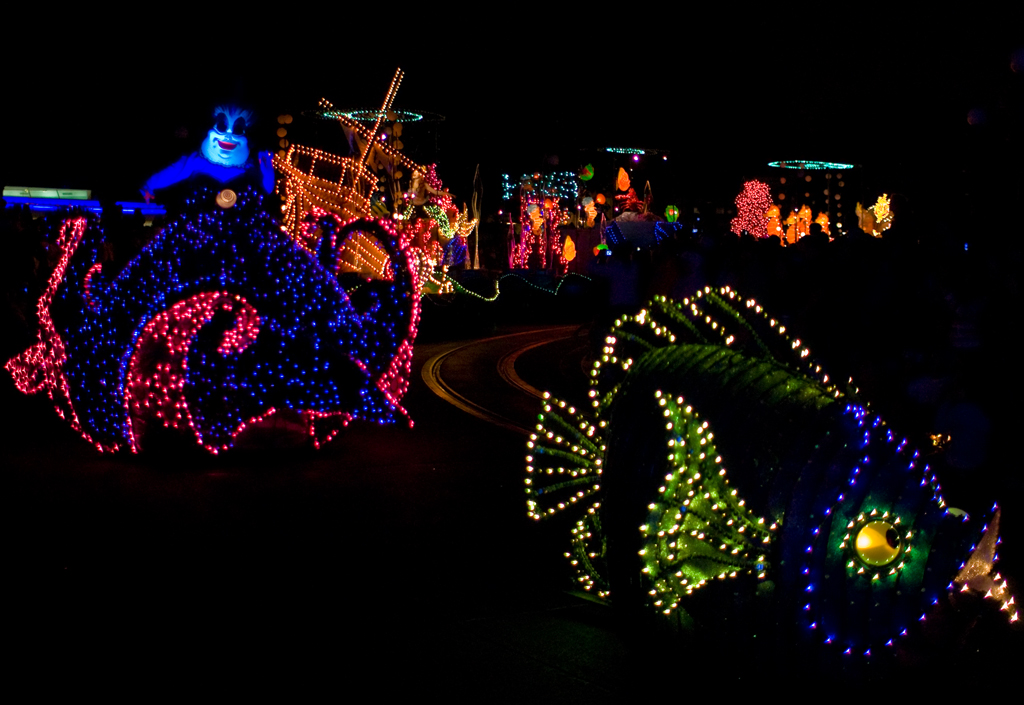 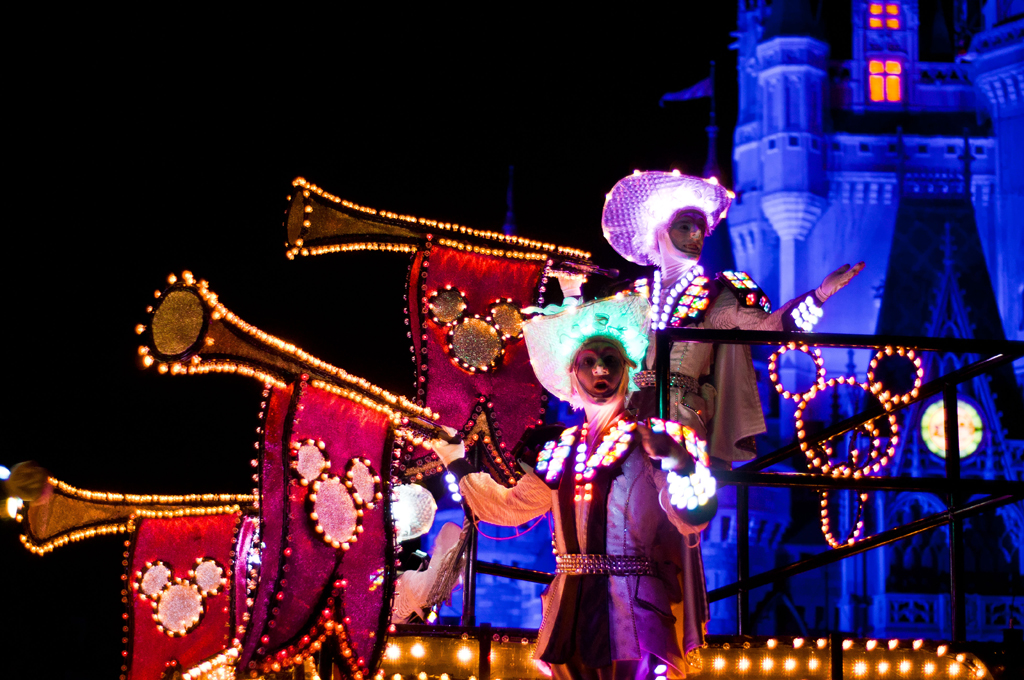 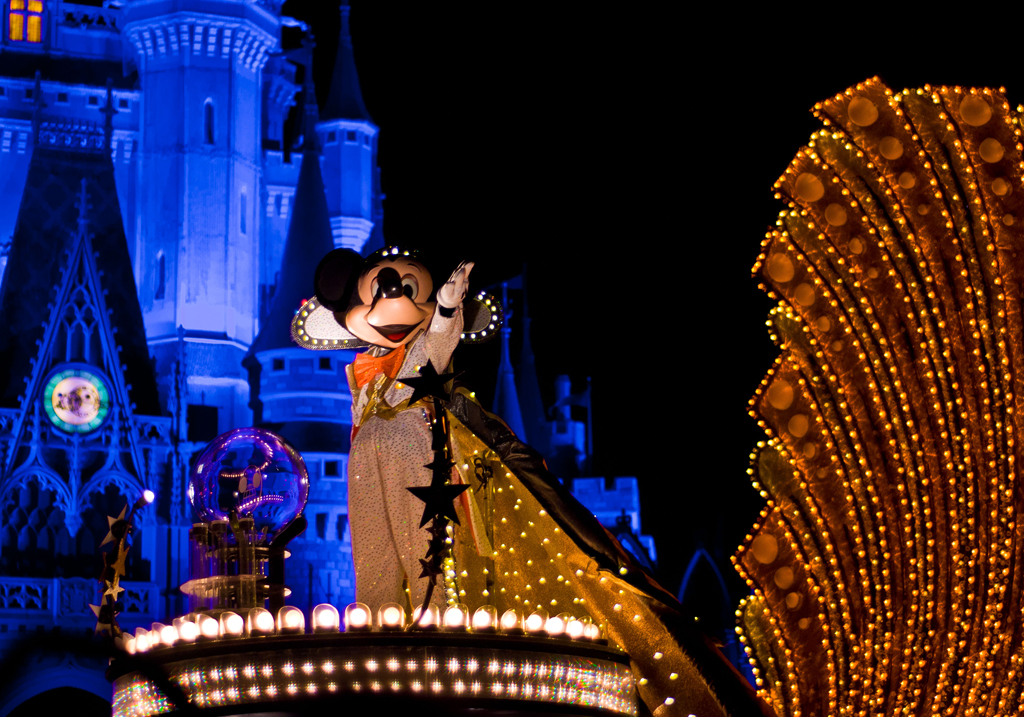 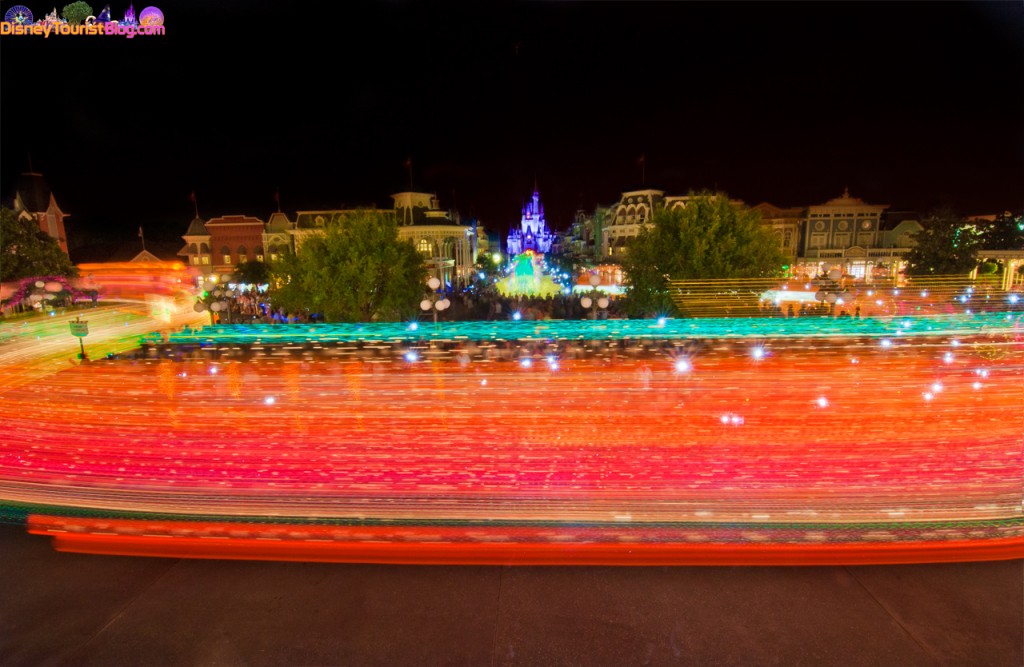 While SpectroMagic will never return to Walt Disney World, fans like us hold out hope that a replacement, Perhaps “SpectroMagic 50” will debut for Walt Disney World’s 50th Anniversary in 2021. If the exemplary Dreamlights at Tokyo Disneyland is any indication, Disney can still do amazing work with night parades, and we hope Walt Disney World has not seen the last of SpectroMickey and friends.

Do you agree or disagree with our opinion of SpectroMagic? Did you prefer it or Main Street Electrical Parade? Any questions we can help you answer? Hearing feedback about your experiences is both interesting to us and helpful to other readers, so please share your thoughts below in the comments!