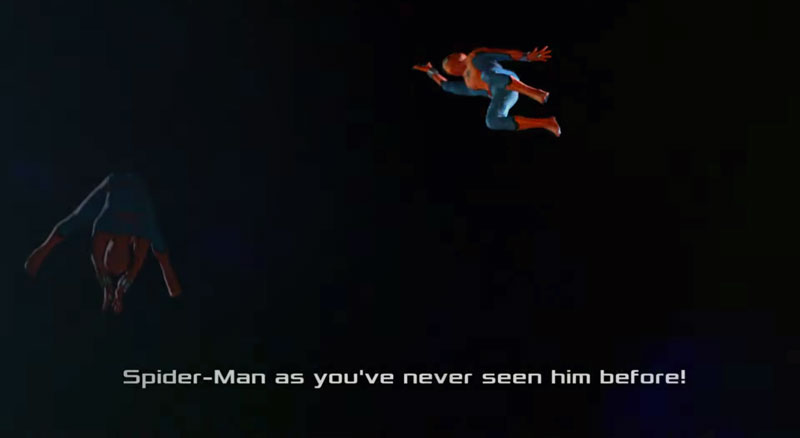 Disney has just shared footage of Imagineers bringing to life a new experience with Spider-Man at the upcoming Avengers Campus, where he’ll swing above the rooftops of Marvel Land. The video shows test footage of the character in flight, and even in unfinished form it looks pretty incredible.

Anyone who has watched the Imagineering Story on Disney+ should instantly recognize what’s being show in the video below–this is the Stunt Audio Animatronics (or “Stuntronics”) figure. Walt Disney Imagineering Research & Development first released footage of this innovation a couple of years ago, via Stickman, a z-shaped robot capable of performing somersaults while flying through the air.

Stickman evolved into the first Stuntronics figure, an autonomous aerial performing robot capable of accomplishing extreme aerial maneuvers with precision. The Walt Disney Company issued a press release about Stuntronics two years ago, complete with info about the development of the figure and it in action…

Disney Imagineers designed a 90-pound Stuntronics figure to use sophisticated onboard sensors to make its own real-time corrections, all while flying 60 feet in the air. It uses an on-board accelerometer and gyroscope arrays supported by laser range finding.

The Stuntronics figure is launched from a wire to fly through the air, and knows when to tuck its knees to perform a somersault, when to pull its arms to twist, and even when to slow down its spin to make sure it sticks that perfect landing. (At the time, “perfect landing” meant into a net–it’ll be interesting to see whether that’s still the case.)

Even at the time, it was rumored that Stuntronics would be used in Marvel Land, likely either as Spider-Man or Iron Man. What was then unclear was where and how. Based on the video below, we now have at least partial answers to those questions:

Other questions remain, such as how the Stuntronics Spider-Man will be launched (there is a giant hook on top of the building, so that’s a decent hint), how often this will happen, whether it’ll be part of a fully-fledged show or a magic moment, and how convincing the effect will appear in person.

The technology is undeniably impressive, and it’s awesome to see Imagineering’s R&D team continue to push the envelope with stuff like this. With that said, I always temper my expectations when it comes to technology like this. I think there will certainly be a wow-factor to seeing Spider-Man fly and perform stunts over the buildings, but hopefully there’s more to it than just that. 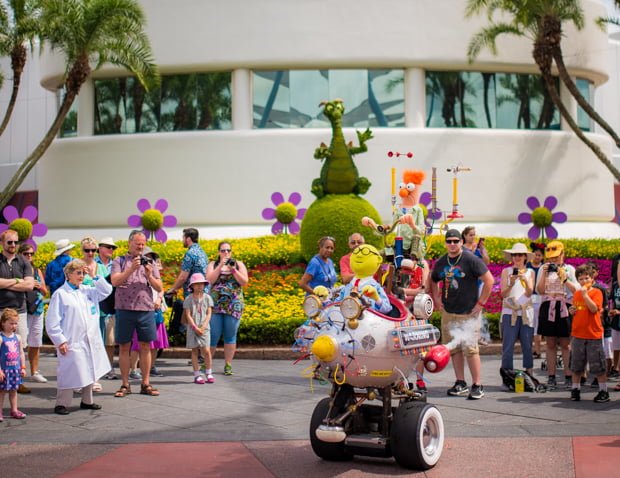 We’ve seen other impressive tech squandered or abandoned (Lucky the Dinosaur and the hopping Luxo Jr. Audio Animatronics figure at Walt Disney World come to mind), and I really hope this Stuntronics Spider-Man is more than just a quick wow moment. Ideally something more elaborate and story-driven.

Star Wars: Rise of the Resistance is a good example of bleeding edge technology in service of an overall experience. While you’re cognizant of some impressive effects that prompt a how did they do that?! reaction, just as often the technology fades into the background to allow full suspension of disbelief. It’d be great if the primary reaction to this isn’t, “how’d they make that Spider-Man robot flip and pose like that?”

Admittedly, I’ve been skeptical and critical of Avengers Campus and am still far from sold on the concept. This is in large part because I think it has a tough act to follow with Star Wars: Rise of the Resistance (and Galaxy’s Edge as a whole, for that matter). World of Color, Cars Land, and Buena Vista Street were great additions, but it’s been a while and Disney California Adventure hasn’t received any excellent additions since.

DCA is in need of a shot in the arm, and I question whether the “next generation” of Toy Story Mania and the other stuff in phase one of Avengers Campus will deliver that. Construction still has not started on the second phase of Marvel Land, which will contain the flagship Avengers Headquarters E-Ticket attraction. (That’s the ride where guests will step on board a Quinjet and fly alongside the Avengers in an epic adventure to Wakanda.)

Last year, Star Wars: Galaxy’s Edge was met with a mixed reaction by guests at least in part because it didn’t debut with its flagship attraction. That was a visually stunning and ornately detailed land, followed up only months later with the revolutionary Rise of the Resistance. By contrast, the first phase of Avengers Campus has an industrial, office park appearance and its blockbuster attraction won’t open for at least 3 more years.

As a recap, in addition to the Stuntronics Spider-Man flying above rooftops, Avengers Campus at Disney California Adventure will be anchored by the Worldwide Engineering Brigade, which will house the new Spider-Man interactive web-slinging attraction.

It’ll also feature Pym Test Kitchen, an all-new eatery, where Pym Technologies Researchers are using Ant-Man and the Wasp’s growing and shrinking technology to create super-sized and super small foods. In addition to that, there will be meet & greet locations with Spider-Man, Black Widow, Doctor Strange, Guardians of the Galaxy, Black Panther and the Dora Milaje, Thor and Loki, Iron Man, and Ant-Man and The Wasp.

What do you think of this Stuntronics Spider-Man? Are you already blown away by what you see? Is this alone enough for you to be hyped up for Avengers Campus? Optimistic that phase one of Marvel Land will be something cool? Do you agree or disagree with our assessment? Any questions? Hearing your feedback–even when you disagree with us–is both interesting to us and helpful to other readers, so please share your thoughts below in the comments!