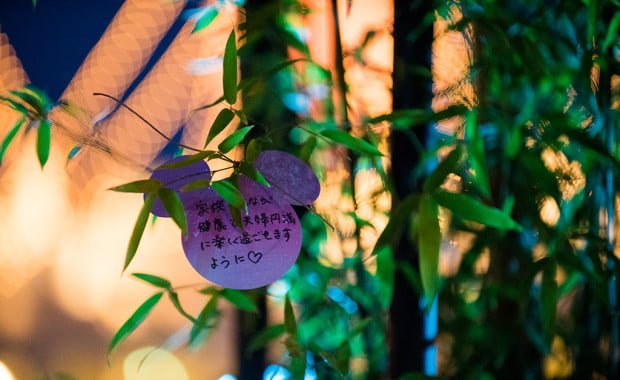 Last week we covered the Tanabata Days festivities at Tokyo Disneyland, and now it’s time to take a look at what Tokyo DisneySea has to offer. As a bit of a refresher, Tanabata Days or (ä¸ƒå¤•) is the traditional Japanese Star Festival that is held annually at both parks June 24 through July 7. During the special event, there are decorations, Tanabata greetings, special menu and merchandise items, and Wishing Places in each park and at the monorail stations.

At Tokyo DisneySea, there’s also a special hard ticket event called Tanabata Wishing that is held in the Broadway Music Theatre after Big Band Beat performances have concluded for the day. Tickets for this show are available only via the Japanese Tokyo Disney Resort page, or at kiosks located around Tokyo (in places such as Lawson’s convenience stores). We’ll cover that in this post, along with the other aspects of Tanabata Days at Tokyo DisneySea.

For starters, Tanabata Days is one of the shortest celebrations at Tokyo Disney Resort, immediately following Disney’s Easter and lasting only two weeks until the traditional July 7th date of the Tanabata. This post will be shorter than the Tokyo Disneyland Tanabata Days post, mostly because I’m not going to rehash the significance of Tanabata Days in Japanese culture or the mythos of the festivities.

What does Tokyo DisneySea do for the Tanabata? Let’s take a look… 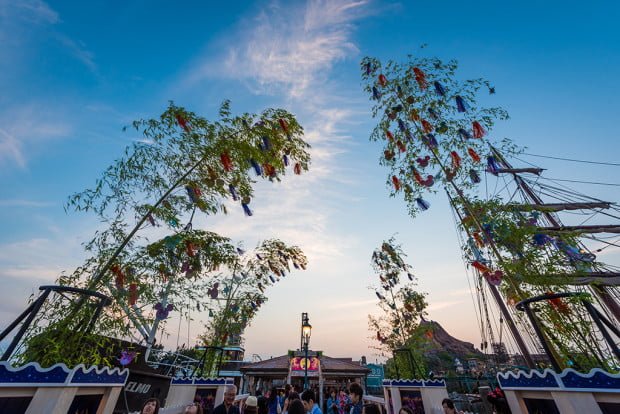 As with Tokyo Disneyland, the highlight is probably the Wishing Place by the dockside in American Waterfront where guests can decorate Wishing Cards. This is an unassuming little spot, and if you didn’t know where it was, you might miss it. However, it’s well worth spending some time here. The level of care some guests put into their Wishing Cards (I hope it wasn’t a cultural faux pas to look at others’ cards…I’m guessing it’s not given the art on some of them) was insane, with beautiful sketches of anime-stylized Disney characters on many of the cards. In total, I think I spent nearly an hour just wandering this little area over the course of our time in Tokyo DisneySea. 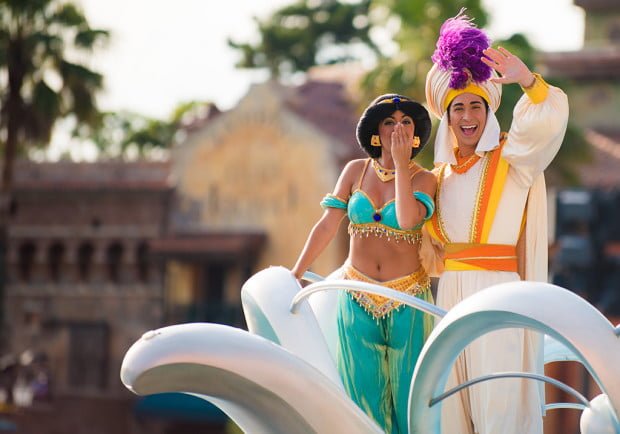 The Tanabata Greeting at Tokyo DisneySea is much less impressive. It’s simply a “Meet & Smile” during which a bunch of characters are paraded out into floats on the harbor and wave at guests set to a remix of the Wishes! (fireworks) soundtrack. It lasts like 5-10 minutes and is fine if all you want is photos of the characters, but I was underwhelmed. 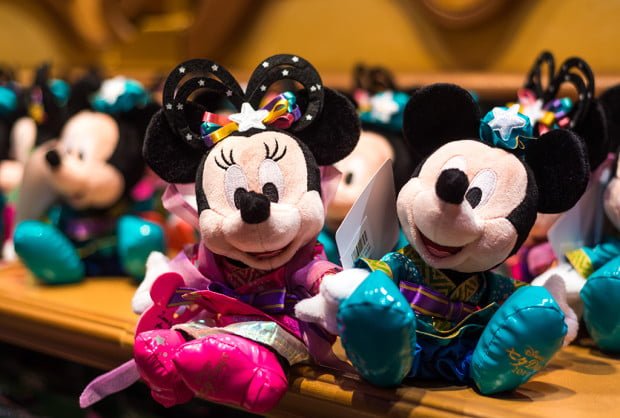 Aside from the food & merchandise that we already covered in the Tokyo Disneyland Tanabata Days post, there’s the Tanabata Wishing hard ticket event. Tickets are approximately $75, include a 1-day ticket to Tokyo DisneySea, and a small gift (yes, a normal 1-day park ticket plus the hard ticket event still costs less than a normal 1-day ticket to Walt Disney World), and we were able to have a friend in Japan purchase them for us when they went on sale. 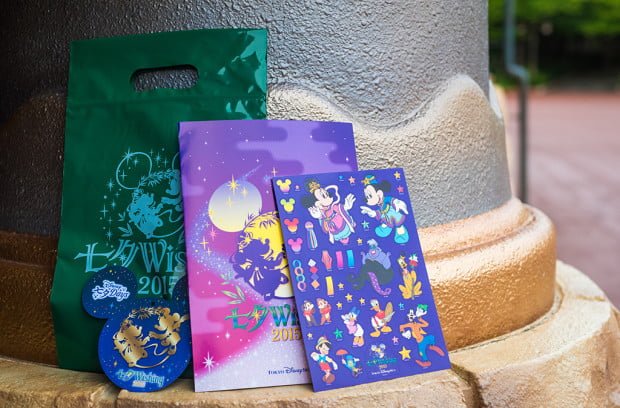 The Tanabata Wishing show was just under an hour long and I think the best word to describe it would be ‘zany.’ My big concern going in was that it would just be a “Meet & Smile” type thing, and entirely in Japanese so we wouldn’t be able to understand any of it. The former is always a fear I have whenever seeing a new show at Tokyo Disney Resort; many Japanese guests are infatuated with characters, and sometimes I feel this leads to the parks phoning it in on some entertainment because all that matters to some in the audience is the quantity of characters.

Fortunately, while the dialogue was almost entirely in Japanese, the music wasn’t (although they did use that Wishes song again!) nor was it a simple Meet & Smile. Instead, the show featured the comical wishes of several different characters as they fantasized about attaining their wishes. With the exception of Ursula’s wish, it was very easy to grasp what each character wanted based on the visuals presented. It was a lot fun, and the production value was high.

I was hoping for the show to be an elegant retelling of the Tanabata story utilizing the infrastructure from Big Band Beat, but it was most definitely the opposite of “serious” and enjoyable for what it was. For the added cost on top of a 1-day ticket (which we would have had to buy anyway), I felt it was well worth the money. Unfortunately, photography was not allowed during the show. 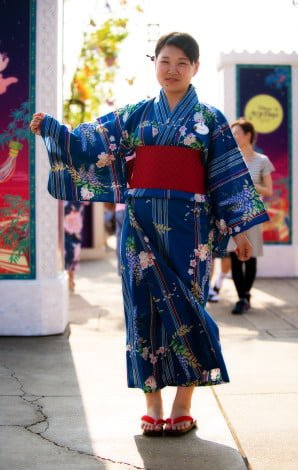 As a whole, Tanabata Days far exceeded my expectations. It really wasn’t so much about the official entertainment and decor as it was about the ambiance in the parks for the festivities. Others with whom I spoke agreed. Quick aside: we actually saw a lot of Westerners during our recent visit to Tokyo Disney Resort. Normally, seeing 10 other Westerners per day is a large number, but this time, we saw more than I could count.

The number was still far lower than you’ll see at a popular shrine or other tourist hotspot in Japan, which is why I have maintained the seemingly untenable position that Tokyo Disney Resort is one of the least touristy places in Japan–most tourists simply dismiss it out of hand despite it offering an excellent glimpse into how the Japanese have appropriated American symbols and made them a part of ‘kawaii’ culture, among other things, but it does seem to be growing. 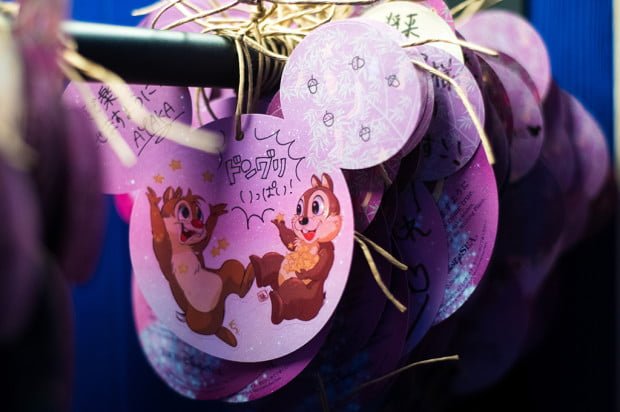 This is significant here because I previously mentioned Tanabata Days as a very small thing around which I would not recommend planning a trip, but something that was still very enjoyable and offering an interesting convergence of kawaii culture and traditional Japanese culture unlike what you will find anywhere else in Japan.

This was the sentiment from other Westerners with whom I spoke, and the feedback about Tanabata Days was resoundingly positive. In other words, it may have an insignificant presence in terms of entertainment and decor, but Tanabata Days packs a serious punch in terms of its impact on guests, and we weren’t outliers in terms of the event’s resonance. 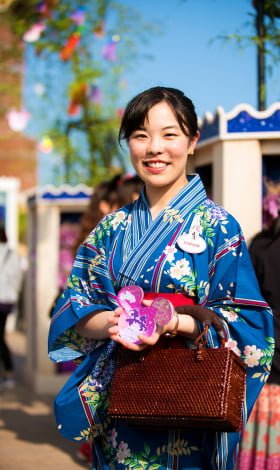 What do you think of the Tanabata Days event at Tokyo DisneySea? Have you been to Japan during Tanabata? If you have any other comments or questions, post them below and I’ll try to answer!