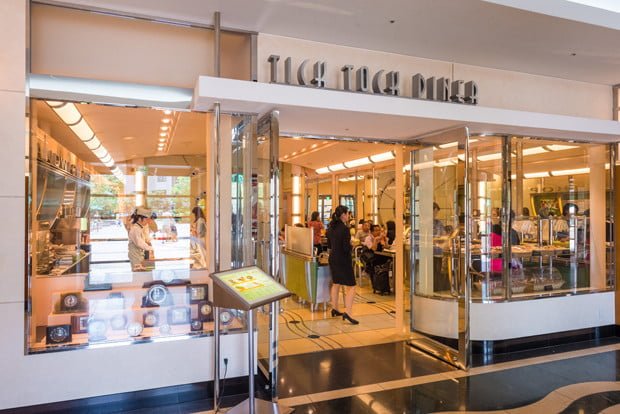 Tick Tock Diner is a counter service restaurant in Disney’s Ambassador Hotel at Tokyo Disney Resort–but it’s probably more noteworthy as a bakery. This review features food photos, thoughts on the baked goods & sandwiches here, and how this might fit into your itinerary.

Tick Tock Diner is arguably the biggest culinary hidden gem at Tokyo Disney Resort. I know the word ‘culinary’ has a certain connotation that isn’t usually reserved for counter service fare (except, perhaps, those misusing a thesaurus), but I think it’s apt here.

This is not just a run-of-the-mill sandwich shop with a bakery. The baked goods are wonderfully prepared, and the service is impeccable. (The woman in black above is the manager–I think–and she seats you after ordering and delivers your food.)

Its hidden gem status is a result of its location in Disney’s Ambassador Hotel, a place I’d assume few Tokyo Disney Resort guests who are not staying at the hotel visit. For us, this is a big part of the appeal. It’s easy to stop into the Ambassador before heading downtown on a non-park day, or on your night of arrival. Moreover, it’s the best value in terms of Disney restaurants outside of the parks, and rivals some places in Ikspiari for best all-around option.

Enough with my praise, let’s take a look at the menu and some of the different things we’ve tried at Tick Tock Diner… 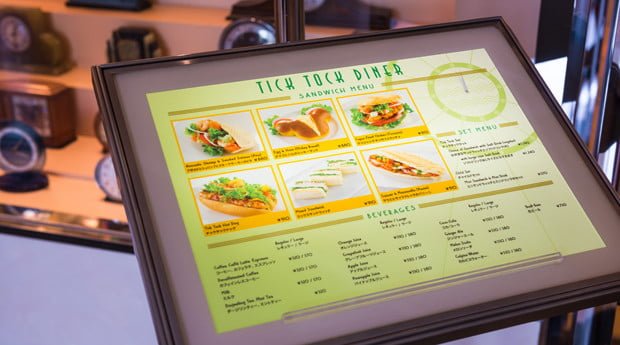 On that menu, you’re going to find a range of sandwich option that you order at a deli counter, as well as high-end dessert options. 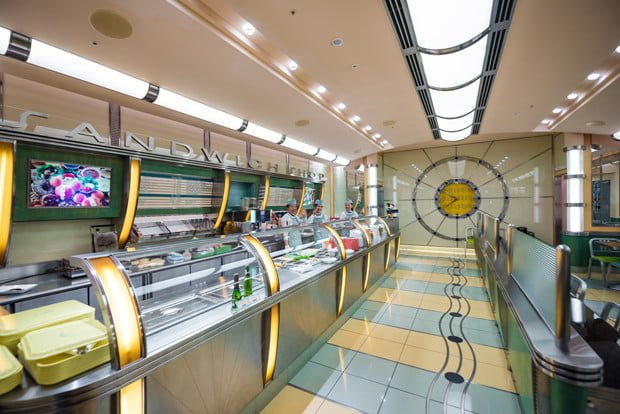 Befitting of the Art Deco style of Disney’s Ambassador Hotel, Tick Tock Diner is modeled after a 1930s-era American diner. Its design is crisp and relatively understated, but still works really well.

Above is the deli ordering line… 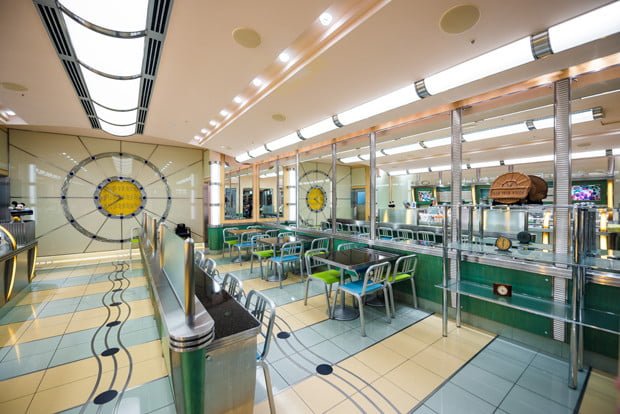 Opposite that, you have the seating area and the grab and go baked goods area (they would be on the far right in this photo–but this was taken at closing time). 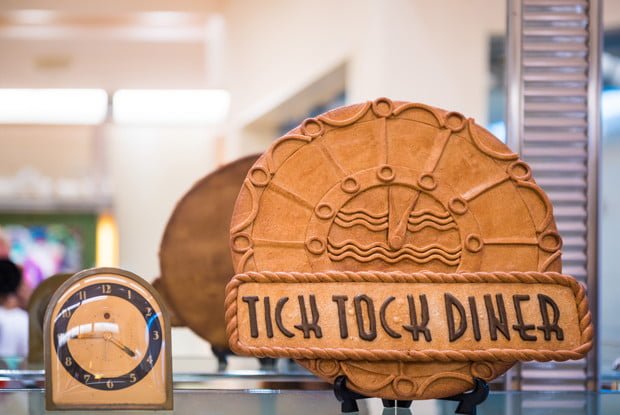 Even if you’ve never heard of Tick Tock Diner–and that’s very well possible as it doesn’t have the name recognition of restaurants like Queen of Hearts Banquet Hall–if you follow any Tokyo Disney Resort fan social media accounts, you’ve probably seen some of its food… 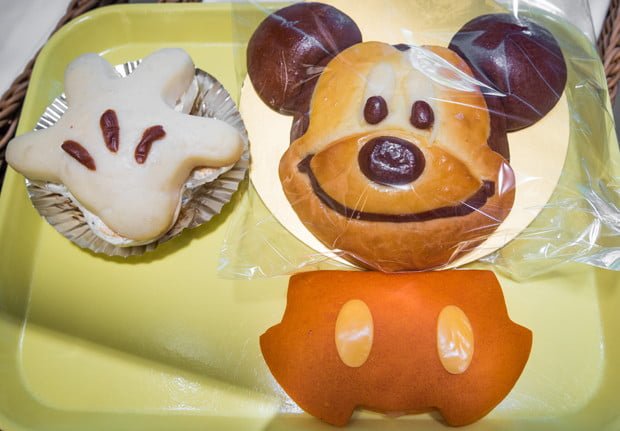 It is easily the most restaurant with the most kawaii food in all of Tokyo Disney Resort, which is really saying something, since there are a ton of cute desserts and snacks in both parks. 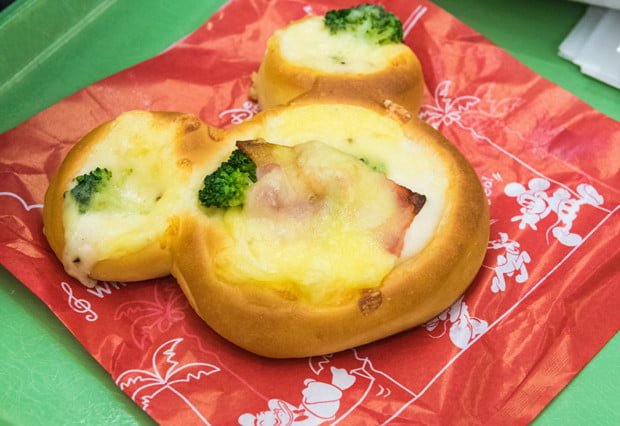 Nearly every dessert and baked good is shaped like a Mickey head or one of his accessories. 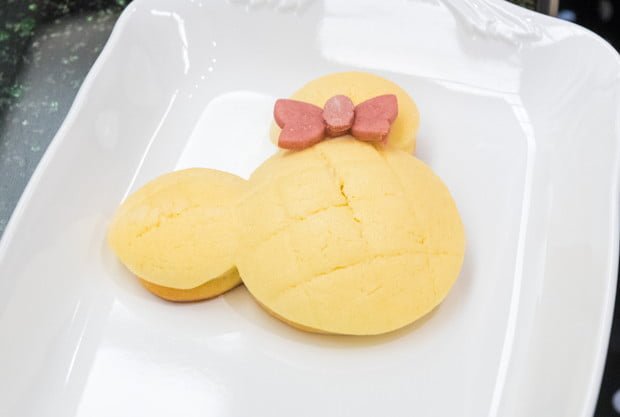 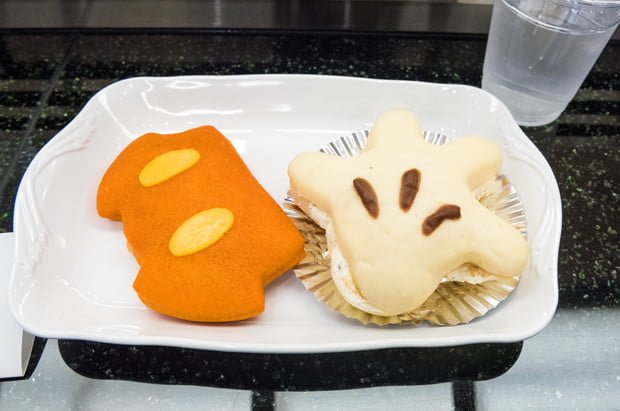 “Life changing” is strong and overused hyperbole used to describe food, but Tick Tock Diner will very well change the way you look at bread. I have never had so many, so inventive takes on bread anywhere else. Even the pieces that might look plain are shockingly flavorful. 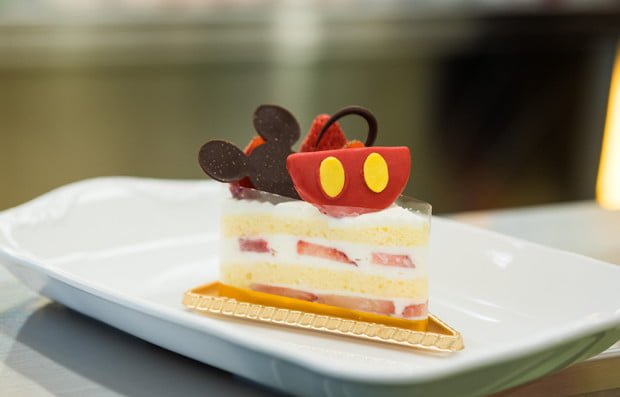 Not only are these desserts Instagramable, but they actually taste delicious. Pound for pound, this is probably the single strongest snack spot in all of Tokyo Disney Resort. 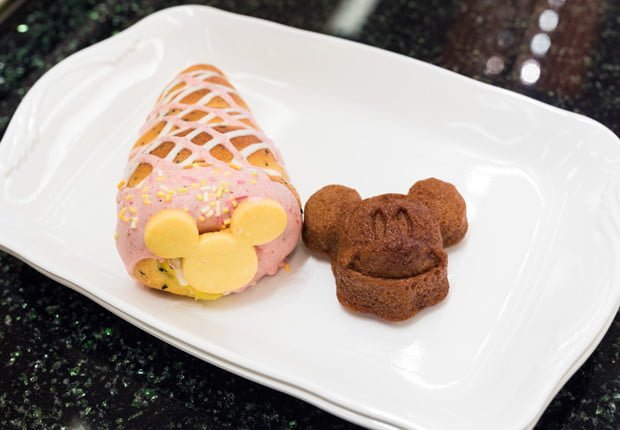 While there’s no single standout that we find ourselves craving when we’re away from Japan (a Chandu Tail or Eukiwa Bun, for example), it typically has at least 5 desserts/baked goods that are very good.

The only other spot that I think might give it a run for its money is Sultan’s Oasis in Tokyo DisneySea, which has the aforementioned Chandu Tails, plus like 4 other really good things. 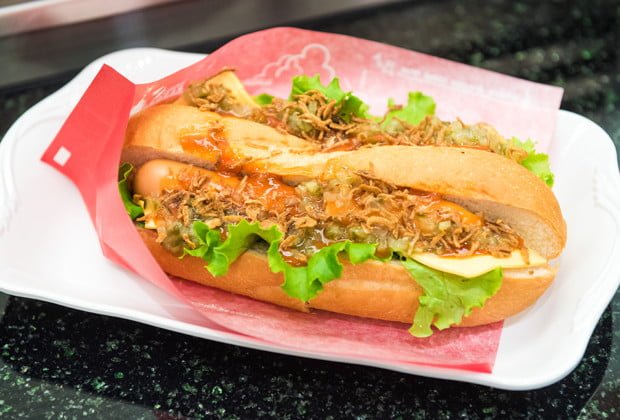 When we get to the sandwiches, that’s sort of where things become a bit dicier at Tick Tock Diner.

Pictured above is the double hot dog sandwich, which is pretty much what you’d get if you decided to remix the Big Mac as a hot dog sandwich with an odd sauce. Big Macs are a guilty pleasure of mine…this is not. 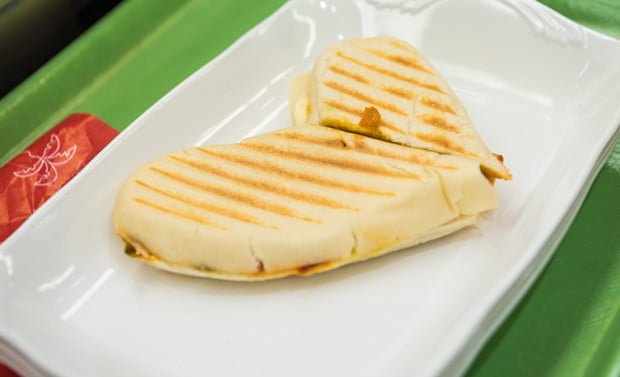 On the other hand, the panini is much better and more conventional, but small and not particularly memorable. It’s serviceable, but why bother with it when those breads are so good? 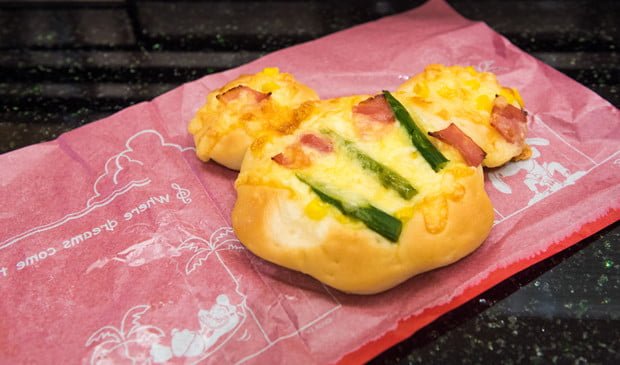 The cheesy bread with bacon might be the best savory option, although we’ve also had luck with the egg salad and ham sandwich (don’t worry, it’s shaped like a Mickey head).

We typically skip the sandwiches altogether, though. There are really good places to eat in the basement of Ikspiari, so we’re either coming to Tick Tock Diner for dessert, or as a place to grab something to tide us over before heading into the city. 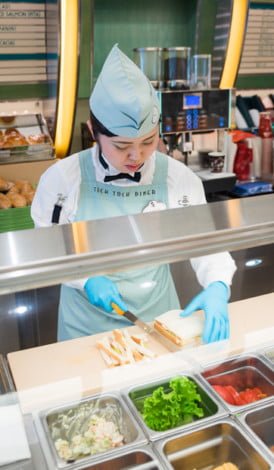 One final Pro Tipâ„¢ – Get something to go. Not just so you have something to snack on later, but because you’ll be given a really nice Disney’s Ambassador Hotel bag. If you’re an ephemera collector like me (I may or may not have food wrappers from Toontown…) it’s a great snag.

The beauty and appeal of Tick Tock Diner is partly its location outside of the parks, and how well it can fit together with a meal at Iksiari or as a grab and go option before heading into Tokyo. (Or as a place to stockpile breakfast breads for subsequent mornings on your trip.) The other part of its appeal is its exceptional and inventive breads, which are both cute and delicious. Combined, these aspects of Tick Tock Diner make up for any potential misfires in terms of sandwiches, and elevate it to one of the absolute best dining options at Tokyo Disney Resort. Find an excuse to visit this place, and stock up on a variety of the breads–you won’t regret it.

If you’re thinking of visiting Japan for the first time and are overwhelmed with planning, definitely check out our Tokyo Disney Resort Planning Guide. It covers much more than the parks, from getting there to WiFi to currency and much, much more. For more photos and an idea of what we did day-by-day during our first visit, read our Tokyo Disney Resort Trip Report. If you have any thoughts on or questions about Tick Tock Diner (or anything else Japan-related), please share in the comments!