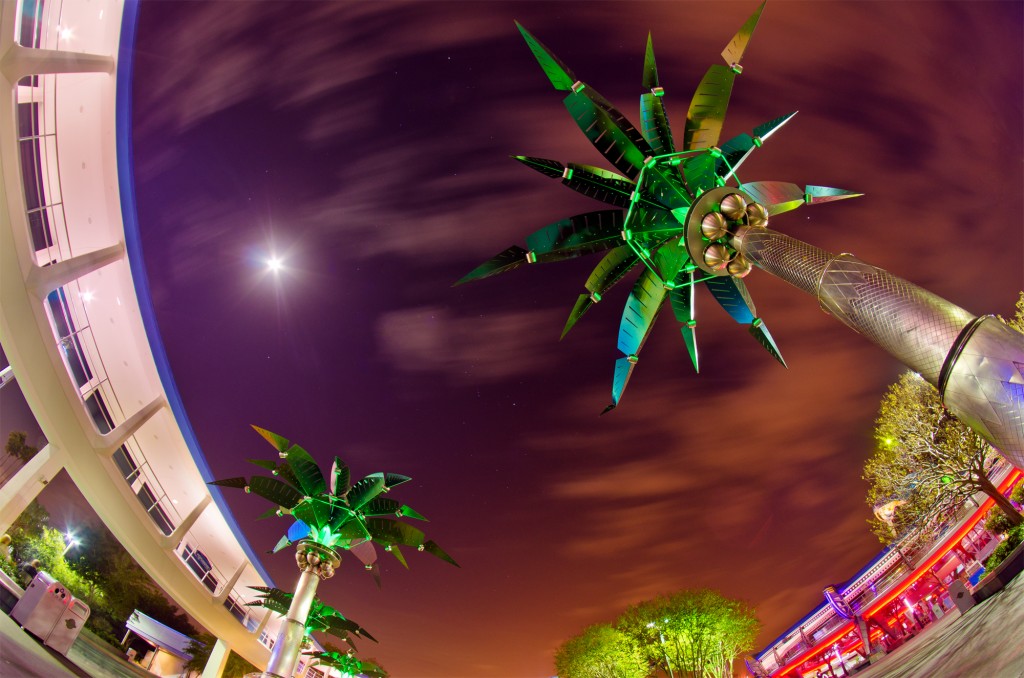 Those fans of alternative energy out there should love these palm trees in Walt Disney World’s Magic Kingdom, as it turns out Walt Disney Imagineering has found a way to harvest metal coconuts and convert them to energy! Why the government hasn’t invested billions of dollars in these palms, I don’t know.

The relatively-unknown backstory that these are “Power Palms,” which were planted in an effort by the Tomorrowland Light & Power Co. Arcade to capture energy. Even without this backstory, these palms are ridiculously cool to look at and photograph. They’re definitely one of my favorite Disney Details, and one of the details that really sets Disney apart from the competition, in my opinion. Most guests probably give them little more than a passing glance, yet they’re one of the details that really give Tomorrowland great energy (in more than one way, apparently!). Look for the one palm that differs from the rest and see if you can figure out why it differs!