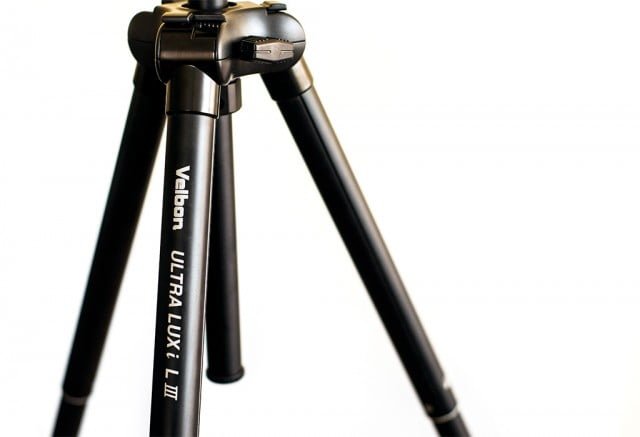 The great (and terrible) thing about photography is that cool new toys are constantly being released. In my case, it always seems that something better comes along right after I buy a piece of gear. Such was the case with the Luxi L III, which is Velbon’s latest in its series of travel tripods. Shortly after I wrote my “Choosing the Best Travel Tripods” article, I received a message from someone, tipping me off to this newly-released Velbon tripod. As the MeFoto RoadTrip was still a fresh purchase for me, I didn’t buy the Luxi L III right away.

After several more trips with the MeFoto RoadTrip tripod, I’m still convinced that it’s a great and versatile tripod for most people (if you shoot in the elements, it’s still probably the best option), but its weight and set-up and take-down time made me think more and more about the Luxi L III, so finally, I bit the bullet and bought it. (Update: it’s now 2016 and I’ve had it for nearly 3 years and still love it!)

The only places I’ve seen it are some sketchy store called “holgacamera.com” and a couple of sellers on eBay. The usual suspects like B&H Photo and Amazon do not have this version, only the older ones. I suspect they will get it at some point, but probably not until their stock of the Luxi L II is gone? I purchased my Luxi L III on eBay from this seller. My tripod shipped from Hong Kong and took 8 days to arrive.

So far I’m loving this tripod. I definitely recommend this tripod over the earlier Luxi L models as it has a taller maximum height (64.5 inches versus 63.4 inches), lighter weight (2.68 pounds versus 2.91 pounds), can support more weight (7.7 pounds versus 5.5 pounds). This last one is the big stat, as the additional 2.2 pounds it can support make it suitable for heavier DSLRs! The only downside to this version is that it’s slightly taller when folded: 16.5 inches (versus 15.35 inches). When I compare its folded height side by side with my Luxi F (note: same idea as the Luxi L series, but earlier) it looks almost exactly the same. 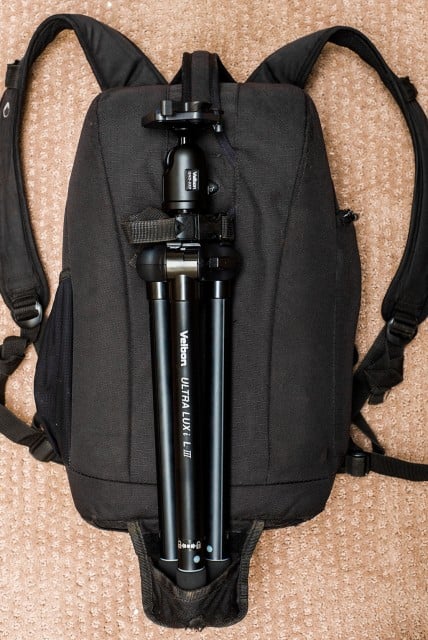 Overall, the way it compares to my Luxi F is what causes me to write this new review. In every single way that matters to me, the Luxi L III is a significant upgrade on my Luxi F tripod. It’s noticeably taller, can support more a lot more weight, weighs less, and is better built. While I have used my Nikon 70-200mm f/2.8 VR with the Luxi F, I’ve always been weary of its stability on there.

My first test with the Luxi L III was with my heaviest camera and lens combination: the Nikon D700 and Nikon 70-200mm f/2.8 VR, and it supported them easily. No stability issues at all–a big improvement over the Luxi F. Likewise, I have had no issues with my Nikon D810 and that lens. 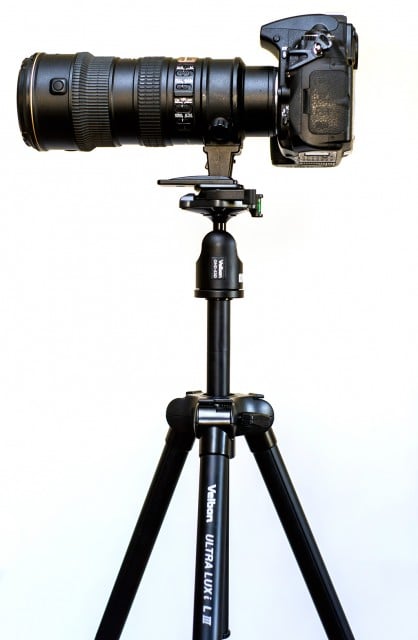 The other significant improvement is that this tripod comes with a ball-head as opposed to a 3-way pan/tilt head. I hate these pan-tilt heads, so I’ve always recommended people replace their Luxi tripod head with a Manfrotto ball-head. With this tripod, that recommendation is no longer necessary.

Personally, I’ll still use my Manfrotto ball-head since I already own it, it is nicer, and because it’s compatible with my Black Rapid camera strap system. If cost is a consideration, though, it makes the Luxi L III much more attractive, as its ball-head is perfectly capable. 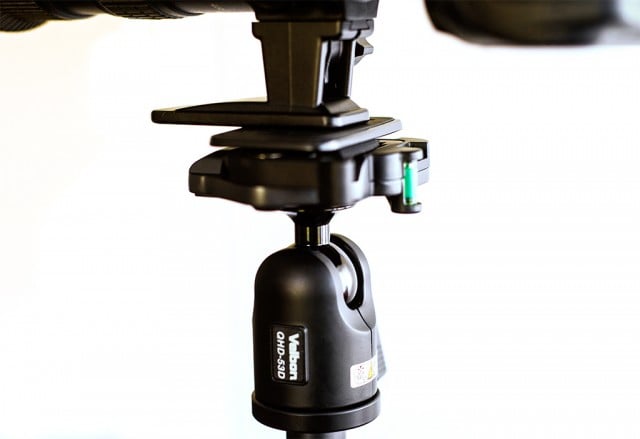 No tripod is perfect, especially not a sub-$200 one. The Luxi L III is well made, but it’s built as a lightweight travel tripod, with a mix of metal and plastic. The build quality simply is not as nice as the MeFoto RoadTrip, and I doubt it will last as long. After 5 years of use, my Luxi F is pretty much at the end of its useful life, and I’d reasonably expect to get 5 years of use out of this tripod, too. (In fairness, I am pretty hard on my gear…it’ll last longer for most people.)

By contrast, I can tell that the MeFoto RoadTrip will last a long time. The MeFoto tripod being heavier and more substantial has upsides as well as downsides. The other upside is that the MeFoto is better suited for adverse weather conditions, namely wind. I was up at Clingmans Dome in Great Smoky Mountains National Park a few weekends ago, and I took the MeFoto on that trip because wind was an issue. I had to hang my camera bag from the bottom of the MeFoto for added stability there, something I couldn’t have done with the Luxi L III. Had I only brought the Luxi L III, I probably wouldn’t have been able to use it up there, as it would’ve been too windy.

The upside to the Luxi L III over the MeFoto is size and weight. It’s noticeably lighter, and smaller in folded height. More importantly, and something I didn’t consider before, but the MeFoto has substantially more girth than the Luxi L III, making it take up a lot more space off the back of the camera bag, and in a suitcase, when traveling. With its twist to lock leg system, the Luxi L III also takes less time to set up. It’s only a matter of like 30 more seconds, but in the theme park context where time is of the essence, that can be a big deal.

Overall, I think the Luxi L III strikes a great balance in height, weight, folded height, and maximum load weight. It can’t hold as much as other tripods, but can hold significantly more than its predecessors (and my heaviest camera and lens combo with ease), while still being very lightweight. It does have weaknesses and isn’t recommended for landscape photographers in intense conditions, but for travel photographers shooting in more “normal” conditions (say, theme parks), I think it is the ideal travel tripod. For me, it’s worth owning both this and the MeFoto RoadTrip with this being my go-to Disney tripod and the MeFoto being my go-to National Parks tripod. If you are a travel photographer only looking to own own tripod, I would recommend this new Luxi L III tripod to everyone except those who will be shooting in wind and other intense conditions, where I think the MeFoto retains a slight advantage.

Do you own the Luxi L III or the MeFoto RoadTrip? What do you think of either? Are you considering purchasing the Luxi L III? If you have any other questions or comments, please leave them below!