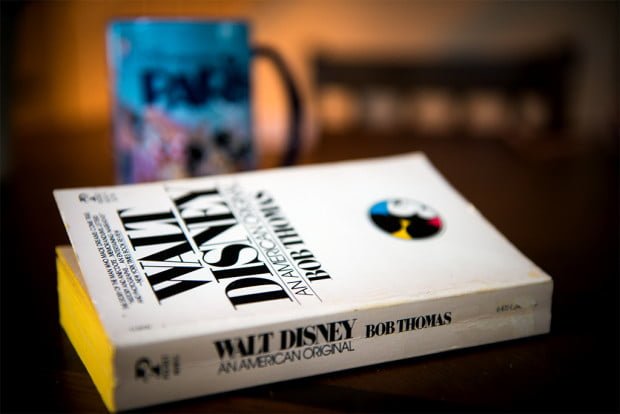 The short and sweet book review is that Walt Disney – An American Original by Bob Thomas is the seminal biography of Walt Disney. It is the definitive portrait of the man, and does a great job of separating myth from reality. Every fan of Disneyland, Walt Disney World should read it. Honestly, every American should read this book. It’s inspiring, fascinating, and uplifting. That’s all you really need to know.

There are few historical figures who evoke as strong of reactions as Walt Disney. Charles Solomon put it best when describing Walt Disney as a “human Rorschach Test.” Among Disney fans, he has been elevated to a deity-like position. At the other end of the spectrum, critics have lambasted him as a “dark prince” with nefarious motives. Ironically, each camp seems to paint him as a caricature of a real human, almost akin to characters from Disney films: a larger than life hero or an evil villain.

The reality is that Walt Disney was a real human being, and the truth about him is likely somewhere in the middle. The problem of finding an accurate portrayal of him exists for a variety of reasons, from the modern Disney corporation’s desire to treating its founder as a mascot of sorts with a squeaky clean image to the fact that salacious material about otherwise respected figures selling books to the simple fact that very few of those writing about Walt Disney actually knew him on a personal level.

I didn’t know Walt Disney, and I suspect you didn’t either. As such, it’s difficult for me to say with any degree of authority what is a “fair” and “unfair” characterization of the man. Moreover, my inclinations about what Walt Disney was probably like are colored by my respect and admiration for the things he created. I know Walt Disney–like any human–probably had his faults, but I’m more than willing to look past those since the indelible impact he left on the world was so great.

Suffice to say, Bob Thomas’ Walt Disney – An American Original presents the most fair and comprehensive account of Walt Disney. Here’s my review of the book… 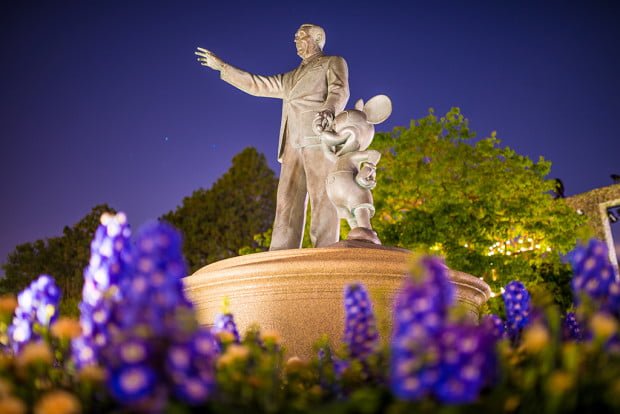 An American Original begins with Walt’s upbringing as a child in the Midwest, and follows him to California and recounts the trials and tribulations, successes and failures. Thomas’ book is thoroughly researched, and based upon interviews with Walt Disney over the course of 25 years, interviews scores of individuals who knew Walt, materials from the Disney Archives, and much more. To my knowledge, no other Walt Disney biography is predicated on the same level of primary and secondary sources as this one.

More importantly, Thomas’ title does not attempt to engage in the same type of ex post facto psycho-analysis so common of the titles written by those who never knew Walt. Equally as important, it was written in an era when The Walt Disney Company was not so keen on controlling the message and cultivating a particular image for Walt Disney, so Bob Thomas was likely given “no strings” access to both the man and the research materials. Despite his access, Thomas does not shy away from detailing the more controversial aspects of Walt’s life, such as labor relations and his politics (albeit to a lesser extent than many other biographers). Nowadays, it’s doubtful this would be possible.

It’s not that this is the “centrist” biography of Walt Disney–it’s that it is about the only one that has had the access and lack of motive to portray Walt Disney in any particular light. At points, the author’s perspective and interpretation of Walt Disney does come through, but it seems as if it’s done respectfully, without agenda, and with actual knowledge based upon his first-hand interviews with Walt.

Thomas presents the lynchpin of why Walt Disney produces such divisive reactions early on in the biography, calling Walt a riddle and wondering how one person could produce so much entertainment that enthralls billions of people all around the globe. Regardless of all else about Walt Disney, this is undoubtedly true, and this fundamental truth–I think–is what produces such a mixed reaction. Optimists and unabashed fans of that entertainment want to attribute his accomplishments to something special, something magical about Walt. Pessimists and critics of his work want a caveat or asterisks to place next to those accomplishments. “Yeah, he produced a lot of popular entertainment, but…” 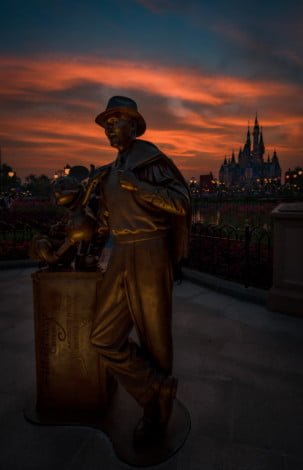 What Walt Disney accomplished in his later years is pretty well known, but his formative years were less well-documented, with few sources offering this thorough of accounts (and when they do, American Original is often a source). In Thomas’ “The Midwest Years” chapters, it’s pretty clear based on wording that the author is relying on accounts from interviews with Walt Disney, which makes this section of the book particularly interesting. His upbringing alone is fascinating, but it’s equally interesting to see what aspects of his youth made a lasting impression in Walt Disney’s mind.

There are instances throughout the biography where historic accounts of what occurred are clearly colored by Walt Disney’s own memory of the events, but often those are tempered with other sources, either via interviews with others associated with the events or quotations from reports and other sources. The result of this is quite an enjoyable read, as you have something of an account that goes beyond a “just the facts” approach but never appears to devolve into a biased narrative.

This is especially true beginning with “The Cartoon Maker” section and continuing for the remainder of the book, as the portions that (I assume) are based on interviews with Walt are balanced with quotes pulled directly from correspondence between him and others. The nature of these correspondence ranges from documented contract negotiations to notes Walt provided to artists working on his projects, and all provide insight into what it would have been like to work with Walt, or sit across the table from him while doing business. While everyone’s memory tends to skew things, documentation like letters does not. 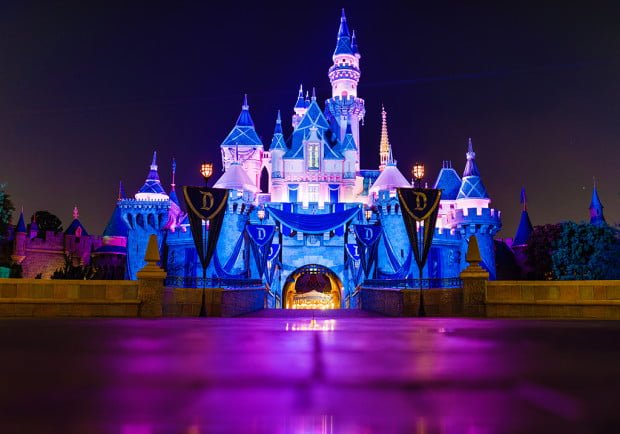 While the early chapters are illuminating as they provide unique perspective on what made Walt who he was, since I’m primarily interested in Walt Disney’s work in theme parks and urban planning, I found the chapters in the “Stretching the Horizon” and “The Distant Reach” sections most compelling. These chapters pick up with the Animation Studio’s lean years after the war, continuing to the compromises and deals made to get Disneyland off the ground, and finish with the Florida Project.

I’ve read and heard a lot of material concerning this portion of Walt’s life, and it’s almost always presented in terms of wide-eyed optimism and Walt Disney’s keen sense of what he knew the public would enjoy, some comical mishaps concerning the opening of Disneyland, and Walt’s penchant for getting the most out of his employees.

It’s almost formulaic how other pieces cover this time period, and while American Original follows some of these cues to an extent, it also deviates from there. Here, dialogue is used extensively, and Walt’s lines are prefaced or followed by words like “grumbled,” “complained,” “argued,” and “scowled.” It’s all a different side of Walt–neither negative or positive, but human–that is often not presented. 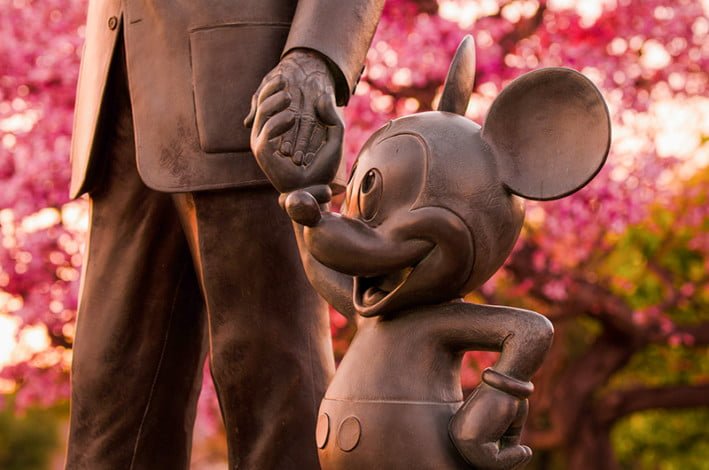 Overall, this is why I enjoy Walt Disney – An American Original so much, and why it’s always the first Walt Disney biography that I recommend to others. I’ve focused a lot in this review on how this biography is not skewed one way or the other and does not appear to have an agenda, and that’s for good reason. Unlike so many Walt Disney biographies, it does not feel as if Thomas has an axe to grind, brings his own preconceptions to the table, or is shilling for Disney. He toes the line between dull facts-only historical narratives and fantastical analysis perfectly, and it makes for an easy, enjoyable, and humanizing read about Walt Disney.

An American Original is not comprehensive (no single title about Walt Disney is), but seems to provide the most complete picture of his life as I’ve read in any lone book. The biography is interesting and captivating above all else, but never feels like it’s devolving into fiction for the sake of entertainment value. As I wrote at the outset, I have no idea how accurate any Walt Disney biography really is, but to me, it feels like this is probably the most honest one. (You can purchase Walt Disney – An American Original here.)

If you have friends who are literate and like Disney, please help spread the word about this review of Walt Disney – An American Original by sharing this post with your friends via the social media buttons on the above left side of the page. Thanks!

Have you read Walt Disney – An American Original? What did you think of it? Agree or disagree with my review? Any other Disney reading recommendations? Any questions? Hearing your feedback–even when you disagree with us–is both interesting to us and helpful to other readers, so please share your thoughts below in the comments!