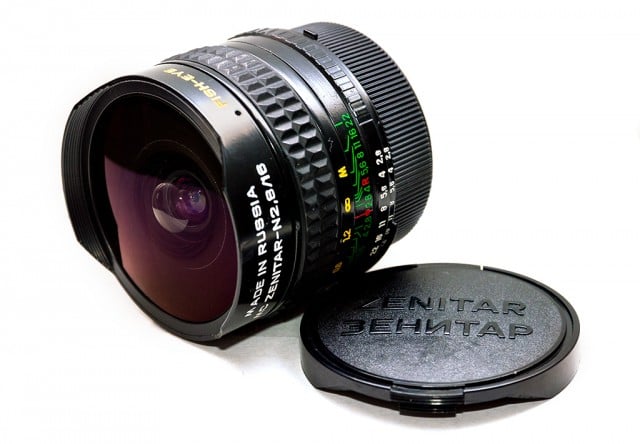 The Zenitar 16mm f/2.8 fisheye lens is the go-to budget fisheye lens for photographers using full frame DSLRs. At only around $225, it allows you to have a fisheye lens in your bag without breaking the bank on something you might use sparingly (or not, if you’re me). Regular readers of the site will know that I’m a big fan of fisheye lenses (perhaps to a fault), as I think they can bring a unique look to photos. With that comes great potential for overuse and a look that a lot of people dislike for being gimmicky, but I think when used in moderation, a fisheye lens is a great lens to have. Just be careful, because that potential for overuse is great. I say this as a recovering fisheye addict who has been able to substantially decrease my use of fisheye. Still, I agree with others who argue that fisheye lenses are more than a gimmick.

Before moving from crop sensor to full frame, my biggest concern was that the Rokinon fisheye lens that I love would no longer work and I’d have no suitable substitution (if you’re a using a crop sensor camera, that’s the lens for you, not this one). If you’ve read my review that gushes over that lens, you know I’m a huge fan of it–not only for its cheap price, but for its great quality and unique characteristics. If someone were to let me choose between that lens and the Nikon that costs triple the price, I’d choose the Rokinon, even if both were free. Even though it’s a crop sensor lens, for the first several months I had my full frame DSLRs, I continued to use it, and just cropped out the dead, black space.

Fortunately, earlier this year, manual lens junky Corey Dorsey tipped me off to this Zenitar fisheye. I was skeptical at first, and there weren’t many reliable reviews of it out there. I bought it on a whim anyway, figuring I could eBay it if it didn’t meet my expectations. It arrived with ‘interesting’ packaging that looked like it was smuggled out of the USSR in 1990 (thanks to that, I’ve dubbed it my Soviet Fisheye). You can’t judge a book by its cover (or box…whatever), and I quickly found that the lens met my expectations and then some. In fact, despite looking very different, the image profile of the photos this lens produces strikes me as very similar to the Rokinon. I don’t know if the optics are somehow similar (doubtful as the Rokinon has a bulbous front, is larger generally, and is not f/2.8), but whatever the case, it produces very similar images.

Much like that lens, this lens is incredibly soft wide open. Don’t look at that f/2.8 minimum aperture and think that this lens will be a great low-light lens. It won’t. In fact, I generally don’t use this lens at any aperture below f/8 because it’s soft up until that point. (It’s unusable below f/5.6.) Some people may consider this a con, and it absolutely might be if you intend upon shooting in low light situations without a tripod. Maybe it’s because I never shot with my Rokinon below f/8, but I don’t see this as a significant con. I’m rarely shooting with a fisheye in low light situations without a tripod–I pretty much always try to have my aperture around f/11 or f/16. Fisheye lenses aren’t made for shallow depth of field, so that’s not an issue.

On the topic of the lack of shallow depth of field is the other big con that some people might perceive, and that’s manual focus. This is literally no issue. At all. Manual focus is is not something to worry about with a fisheye. The natural depth of field is so great on a fisheye lens that you almost never have to focus the lens. I set my focus on 3 feet when I bought the lens, and have only adjusted it to move it back to 3 feet after I inadvertently move it away from that. Shallow depth of field is pretty much unheard of with a fisheye lens, and when you’re shooting between f/8 and f/16, you almost have to make a conscious effort to produce photos that are out of focus. In fact, when I tested the Nikon 16mm fisheye a few times last fall, I ended up putting it into manual focus to avoid waiting for it to grab autofocus. 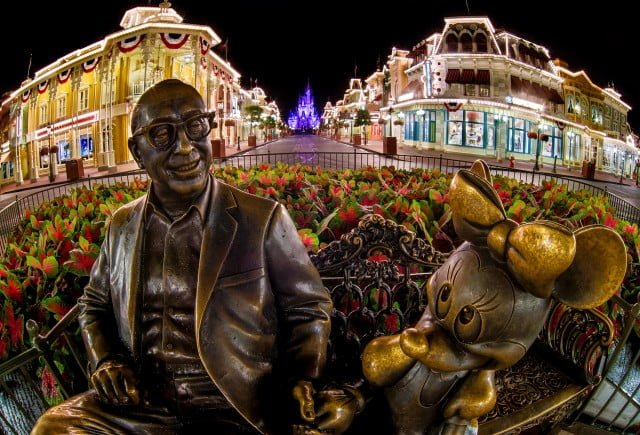 If you’ve previously used the Rokinon fisheye lens, you’ll probably noticed that this lens isn’t quite as wide (comparing them side-by-side in front of Grauman’s Chinese Theater, I was surprised to find that it’s a good bit less wide) as that lens. The fisheye effect also isn’t quite as pronounced. Since I already have a rectilinear ultra-wide angle lens, I consider this the lens’ biggest con. It’s still fish-y and wider than an ultra wide angle, but I don’t think the look isn’t quite as exaggerated.

In terms of the Zenitar 16mm f/2.8 fisheye‘s strengths, the biggest is image quality between f/8 and f/16. I previously called the Rokinon fisheye the sharpest lens in my bag. Before comparing samples for this review, it seemed to me that the Soviet Fisheye isn’t quite as sharp as the Rokinon. However, my comparisons don’t bear that out. I think it might be that I now have the Nikon 14-24mm f/2.8 and other ridiculously sharp lenses, so this Zenitar isn’t quite as impressive as compared to those. The big difference between those lenses and this fisheye is that they all cost exponentially more than this one. The Soviet Fisheye is still tack sharp at those apertures, and I think the sample photos in this review demonstrate that.

I mentioned image profile before, and I was ecstatic to find that this lens easily produces the same starbursts and sunbursts that the Rokinon produces. At apertures of around f/8 and up, the lens produces a very visually-pleasing 6-point starburst. Not only do you get this nice “twinkle” look on smaller light sources like street lamps, but when shooting into the sun, you get long “fans” rays of sunlight without sunspots or a bunch of unpleasant artifacting.

Whether this is truly a “pro” is a your mileage may vary thing, but I love it, and I think it gives a very interesting and engaging character to my photos. Other lenses I have don’t burst as easily, and when they do, they produce more points of light in their star/sunbursts (the number of points is determined by aperture blades). Many other lenses also don’t fan rays of light, but go sort of berserk when shooting directly into the sun. The exact character of the bursts/flare/rays varies from lens to lens, but this is my absolute favorite look. Again, just my opinion—your starburst preferences may vary.

Finally, the Soviet Fisheye has great build quality since it’s made of metal, and it also has great, compact size. There’s not a lot of room in my camera bag for lenses, so it’s great that I’m able to stuff this in the “extra junk” pouch in my bag, rather than put it in a dedicated, padded lens cradle. In terms of the build, it’s built like a tank (perhaps it was built for Cold War photography?) with better quality than you’d expect from a $225 lens. 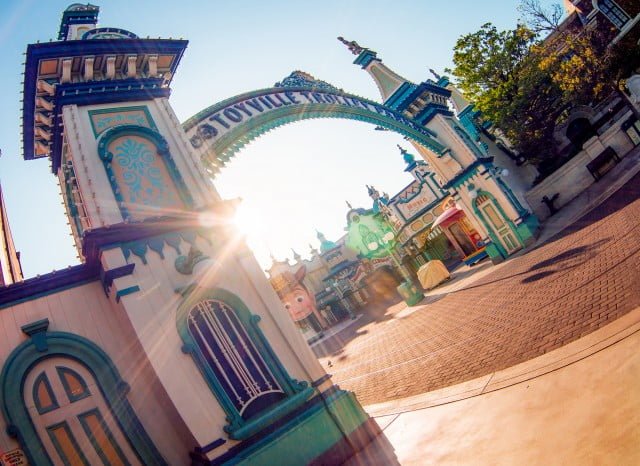 So there you have my pros and cons of the lens. If you go back, the cons really aren’t even all that negative, they’re more about adjusting expectations. I swear I haven’t been co-opted by the Russians, some crazy underground band of Soviet-sympathizers, or whomever makes this lens to write a flowery review of it. Overall, I think the Soviet Fisheye lens is a great addition to any full frame shooter’s camera bag who already has a well-rounded lens lineup, or anyone who really likes the fisheye look. I think it’s the perfect fun “Disney” lens as the distortion plays well with the whimsical look of the parks, allowing you to use the fisheye in creative ways, but fisheye definitely is not for everyone.

If you do want to purchase this lens—or anything else from Amazon, please use the links here (like this one). Using the links here help support this blog at no cost to you, and help us continue to provide you with great borderline-okay content.

What do you think of the Soviet Fisheye? Is it something you’d consider buying, or are you scared that the Ghost of Reagan will forever smite you if you do? 😉 Share your thoughts about this lens in the comments!