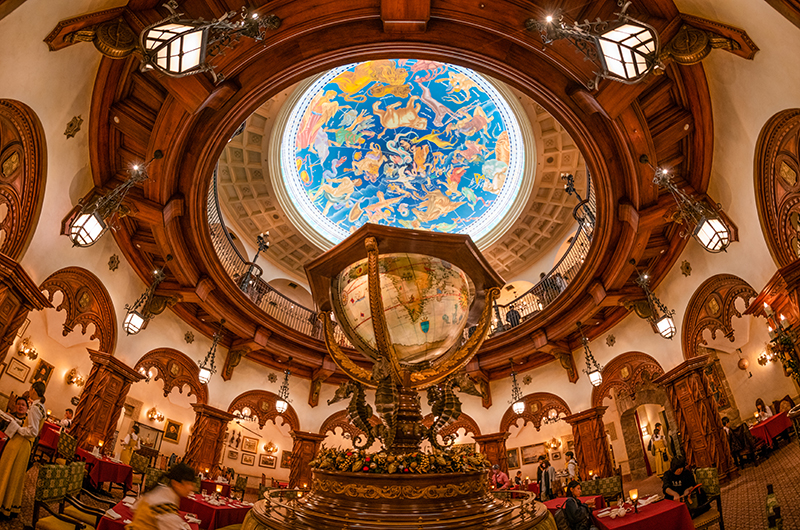 When it comes to Disney dining, the words “fine dining” and “inexpensive” don’t normally go together. Sure, there are occasional deals, like Walt Disney World restaurants that offer “secret” summer menus or participants in Orlando’s Magical Dining Month.

However, those are the exceptions rather than the everyday rule. Most Signature Restaurants or other fine dining will set you back at least $50 per person, and even that can require some clever ordering. In fact, when crunching the numbers at our ten favorite Disney restaurants, the average price for an appetizer, entree, and dessert was over $70 per person after tip.

It thus might surprise you to learn that you can do a 3-course meal at our #1 Disney restaurant in the world for around $30 out the door, or less than half the price of other fine dining counterparts. And it doesn’t even require any silly “hacks” like ordering off the kids menu, eating only vegetarian items, or indulging in three courses of mashed potatoes side orders (as glorious as that last one might sound, it doesn’t exactly scream “fine dining” either)…

The restaurant where this is possible is Magellan’s at Tokyo DisneySea, which we long ago reviewed in the most glowing of terms. This is our favorite Disney restaurant in the world, thanks to its superlative setting, which at once is both lavishly themed and luxuriously appointed.

The restaurant is named after Magellan the explorer, and the dining room is themed after the Age of Exploration. It features a Disney backstory that it’s the meeting place of the S.E.A. (Society of Explorers and Adventurers), which originated in this restaurant and the surrounding Fortress Explorations. S.E.A. began as a secret society of real-life explorers, but has sense spread to other parks with a mostly fictional membership. 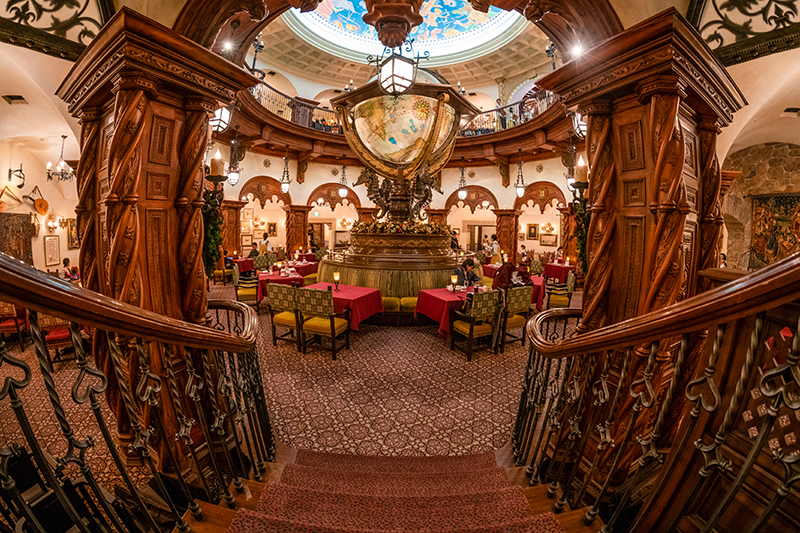 Magellan’s is befitting of these famous luminaries, and I’d hazard a guess that this lone restaurant had roughly the same budget as the entirety of the Walt Disney Studios Park when both were constructed. Ornate doesn’t even begin to describe it. This is nicer than Walt’s, California Grill, Napa Rose, Victoria & Albert’s, or even Club 33.

Tokyo DisneySea is a mind-blowing place that’ll have you continually asking, “how is this a theme park?!” Basically, Magellan’s is the restaurant equivalent of that, and you’ll wonder, “how is this a restaurant in a theme park…that only charges ~$30 for a full meal?!?!” (For those wondering, Teddy Roosevelt Lounge is the bar equivalent of those same questions–but it also raises a whole host of new inquiries!) 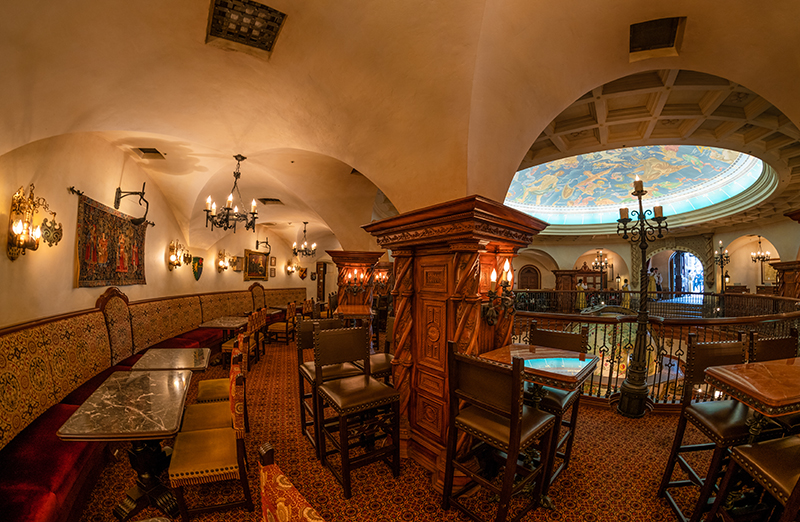 This is because Magellan’s is not a cheap restaurant. For dinner, prices and cuisine quality are commensurate of its opulent dining room. It has several prix fixe menus, and the most expensive of these typically will run guests roughly $80, and adding the sommelier’s recommended wine pairings can push that price above $100 per person.

However, those are the absolute most expensive menu sets. They’re also what’s served at dinner, when restaurants are typically more expensive in Japan. (This applies outside of Tokyo Disney Resort; an easy travel hack for Japan is to do lunch at high-end restaurants rather than dinner.) 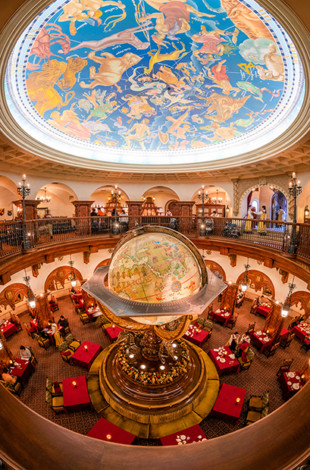 For lunch at Magellan’s, there are cheaper options, with special sets (that’s Tokyo Disney Resort’s term for prix fixe meals) that cost $30-$40 (varying slightly depending upon exchange rates). We’ve been back several times since initially reviewing Magellan’s, and almost always order from one of these two menus.

We thought it’d be worthwhile to follow-up on that review, which is now a few years old. We want to underscore how superlative of an experience Magellan’s is–and also how doable it is without breaking the bank. A rarity among Disney fine dining. 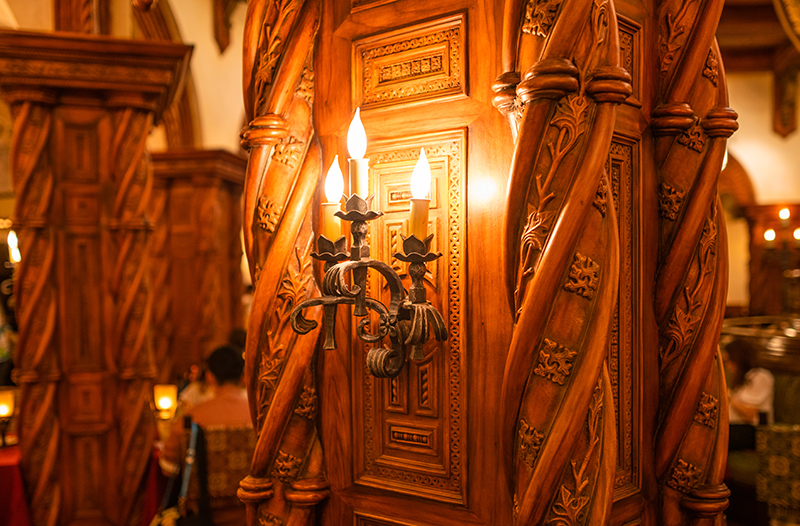 While Magellan’s offers no discounts to sweeten the deal, it’s also worth noting that tipping is not customary in Japan. To the contrary, leaving a tip is considered rude. (You might think trying to leave a tip is a nice gesture, but it’s actually a social faux pas that you should avoid.)

This means that the menu price is your out the door price. Magellan’s really is a ~$30 lunch. There is no catch. 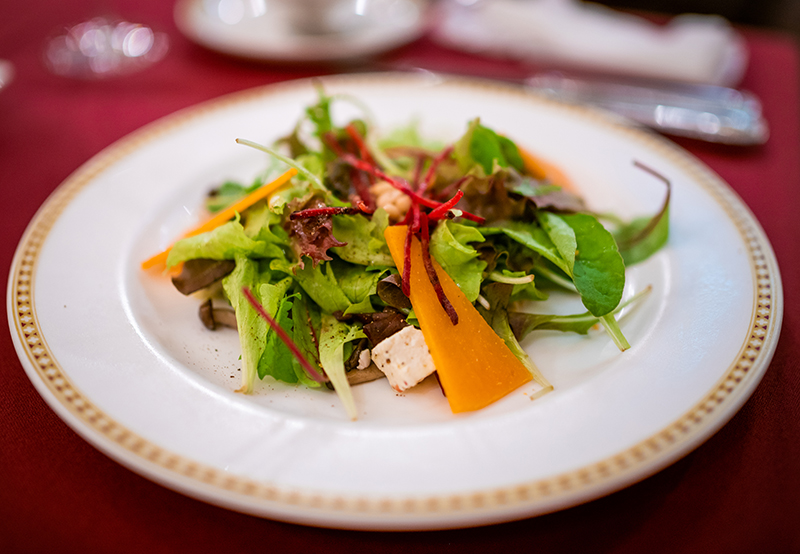 Known as the “Atlantic” and “North Star” special sets, each offer one appetizer, entrée, and dessert. These courses also include bread service, plus coffee or tea.

Each begins with a choice of appetizer, with current examples including assorted hors d’oeuvres, marinated shrimp & scallops, baby leaf and cheese and mushroom salad, or soup of the day. 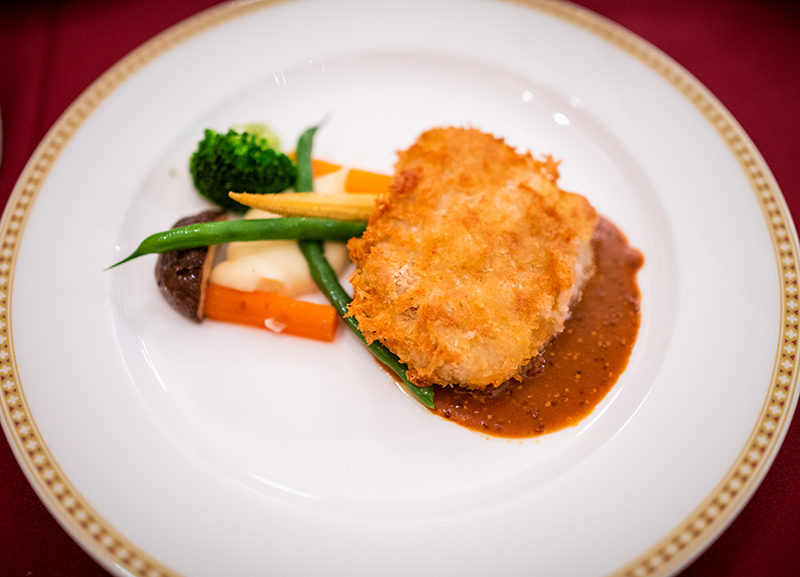 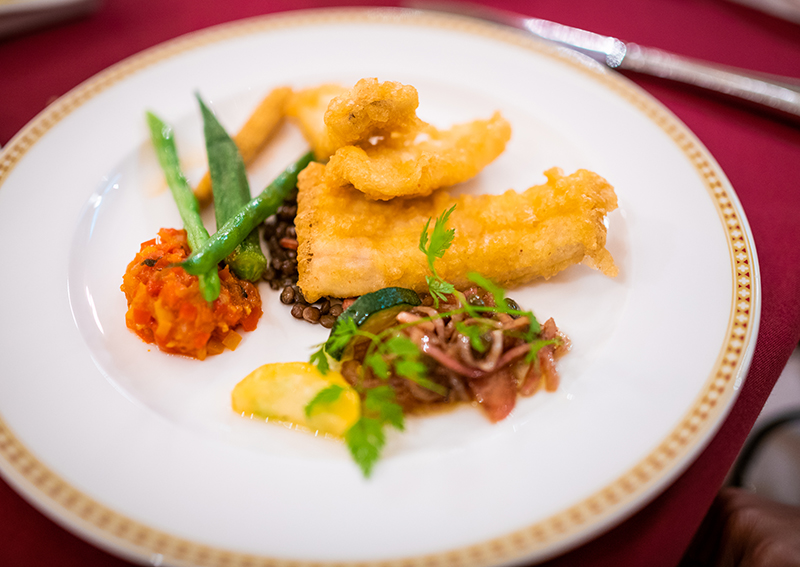 In fairness, we’re not claiming the cuisine served in this ~$30 prix fixe lunch is on par with the best meals at elite Disney Signature Restaurants.

The food at Magellan’s is very good, but it’s more about the overall experience, which is definitely a scenario where the whole is more than the sum of its parts. We’d rather dine here than any other Disney restaurant in the world, but your mileage may vary on that depending upon what you prioritize in dining. 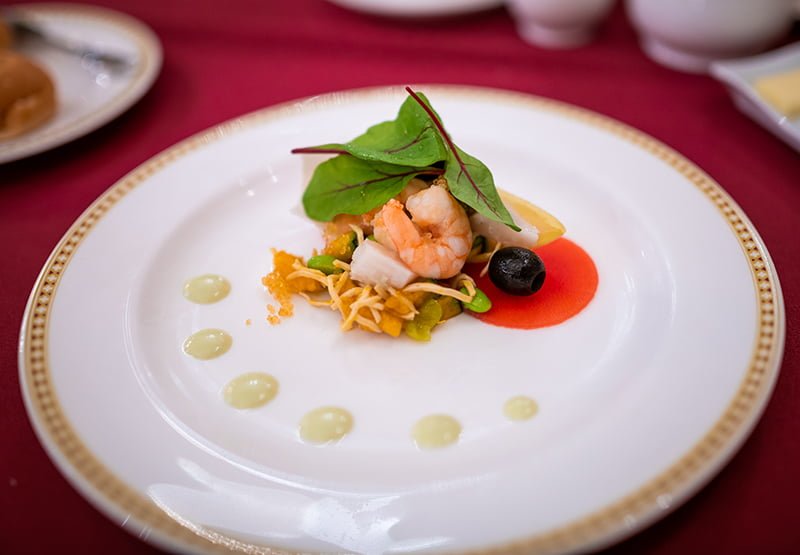 With that said, every single dish we’ve had at Magellan’s has been delicious–especially given the cost of these prix fixe menus. Equally as impressive is the plating and attention to detail.

Each item is presented as if it’s a work of culinary art, and the nuanced flavors (even of something as unassuming as a pork cutlet) will leave you savoring each bite. 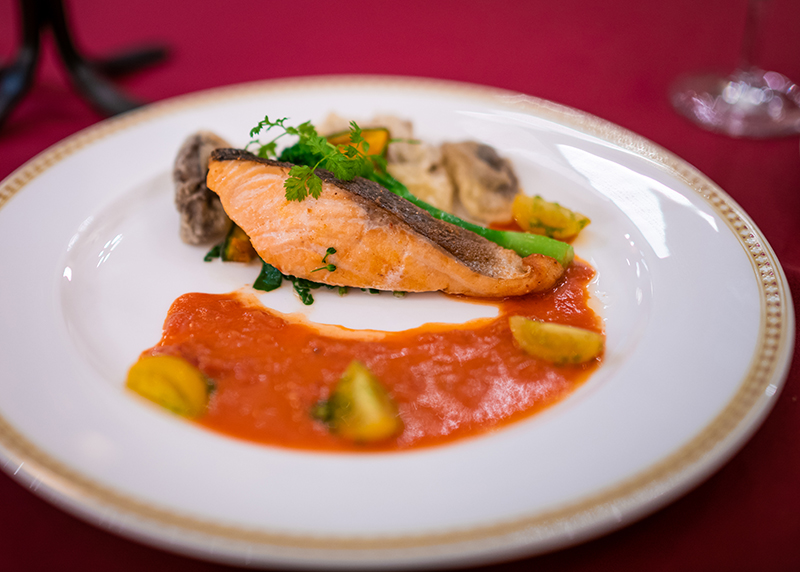 Both the Atlantic and North Star menus change seasonally, but you can count on the Atlantic menu to have a fish and pork or chicken entree, and the North Star to have beef plus something else (usually higher end seafood).

Depending on what it is, the beef on the North Star menu can be fantastic. If salmon is the seasonal fish on the Atlantic menu, that’s a solid option that’s usually perfectly prepared and with just the right fattiness. 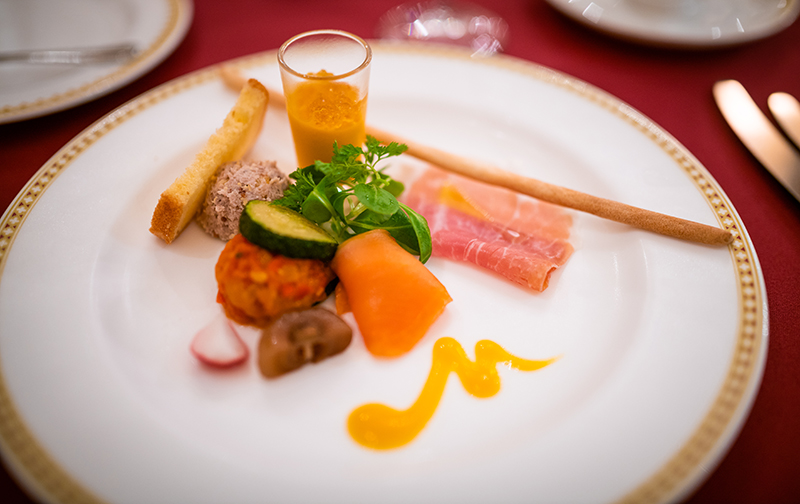 For appetizers, we favor the assorted hors d’oeuvres or marinated shrimp & scallops. Both are succulent and have a vast array of flavors that will have you lingering on each bite.

Desserts are a wild card; I love the creme brulee (it’s fairly sizable), but the sherbet is beautifully presented and the daily dessert is often quite good. 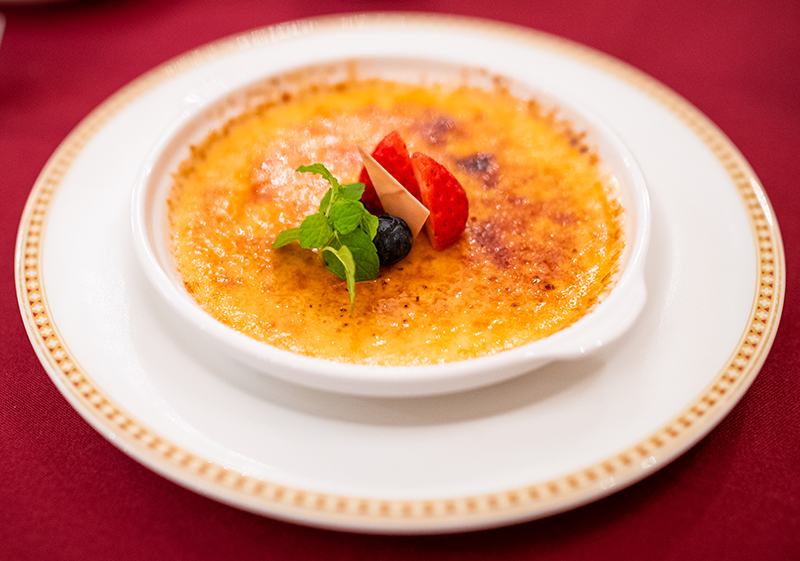 Of course, as with other Disney Signature Restaurants (and Tokyo Disney Resort in general), dining at Magellan’s is more about a sophisticated fine dining experience than it is stuffing yourself until you can barely stand up. This is a far cry from buffet dining, or even heaping servings of comfort food.

As such, if you have a larger appetite, be sure to make the most of the bread service. Cast Members with bread circle the restaurant and will be happy to provide you with bread ‘refills.’ 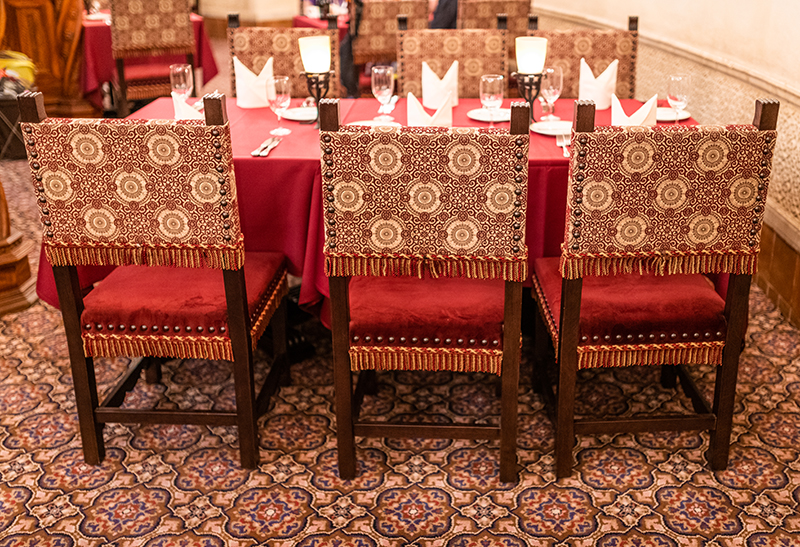 The other good news with Magellan’s–and this applies to all table service restaurants at Tokyo Disney Resort–is that it’s now easy to make dining reservations in advance thanks to the new English Online Reservations & Tickets page.

If you forget to do this, additional same day availability is still available–both online and in-person at the restaurant. Be sure to try both routes upon arriving in Tokyo DisneySea if there’s no availability when you search online prior to your trip. 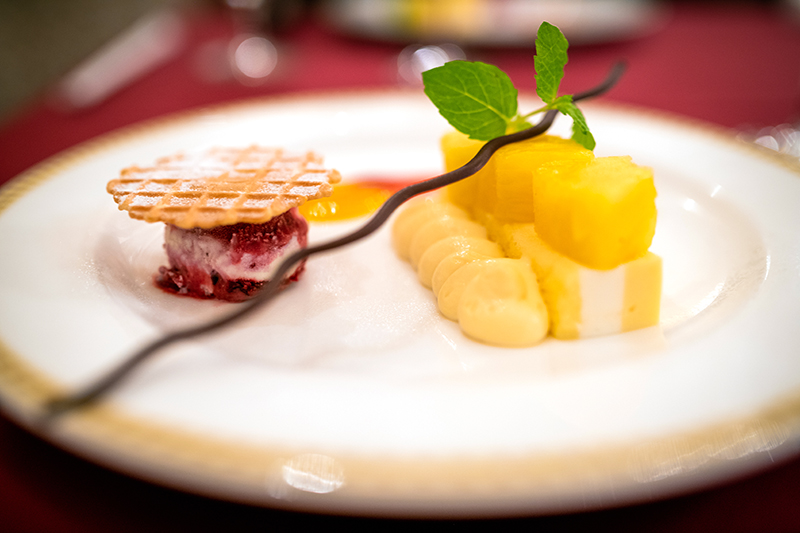 Overall, Magellan’s at Tokyo DisneySea is a must-do meal in what we’d argue is Disney’s most breathtaking restaurant. Whether you spend ~$30 per person or over $100, you are bound to leave happy with your meal and satisfied with the value proposition. To be honest, if you do the least expensive menu, you might actually leave feeling almost guilty. Given the service, food quality, presentation, and ambiance, it feels almost like this menu is a price mistake.

Almost is the operative word there. You’ll also probably drop obscene amounts on snacks and merchandise at Tokyo Disney Resort, and things will even out in the end. It’s not like Disney or OLC are going to go out of business due to this inexplicably inexpensive meal!

Have you dined at Magellan’s? How does it rank for you in terms of Disney restaurants? Do you likewise opt for the bargain lunch menu, or instead splurge on the high roller dinner special sets? Do you agree or disagree with our advice? Any questions? Hearing your feedback–even when you disagree with us–is both interesting to us and helpful to other readers, so please share your thoughts below in the comments!