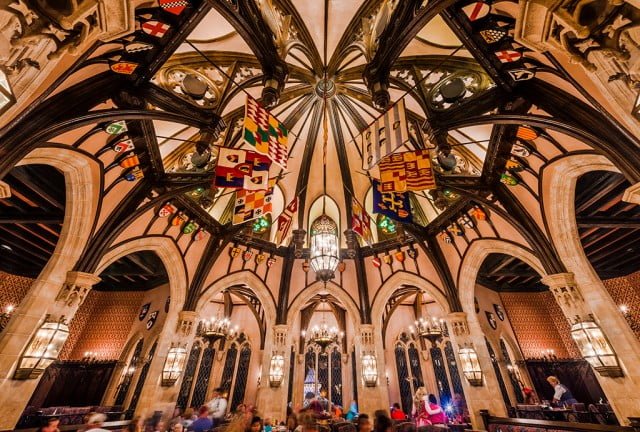 In a recent issue of our free weekly email newsletter that we send out to subscribers with updates, news, and rumors (if this was forwarded to you by a friend, you can subscribe here…did we mention that it’s free?), we included a throwaway line about the ‘five castles’ at Walt Disney World. It was not meant to be trivia, but many of you were curious about this. We received a ton of email replies, tweets, and even comments on random, unrelated posts.

So, we figured we’d return this week to reveal the “answer” (and also test out exclusive or ‘early access’ content for subscribers). Since you subscribers are probably more diehard Disney fans than casual readers, we figured it’d be a good opportunity to geek out a bit and share a bit of info about each of these castles, including their real-world inspiration. In some cases, our travels have taken us to locations that inspired the castles, and we’ll share a bit of that, too.

We also want to note that some of you located castles that we didn’t even consider. Several readers guessed the castles at Winter Summerland (more than those of you who guessed #4 and #5 on here!). If we were to count those, it would also make sense to count the Sand Castle Pool’s main feature at Old Key West.

There are probably other small-scale castles we’re missing, so if you think of something, share it in the comments. Let’s steer clear of random models of Cinderella Castle, merchandise, or that sort of thing. That’s a slippery slope, as there are literally thousands of castles once we start wandering through gift shops. With that said, here’s the list… 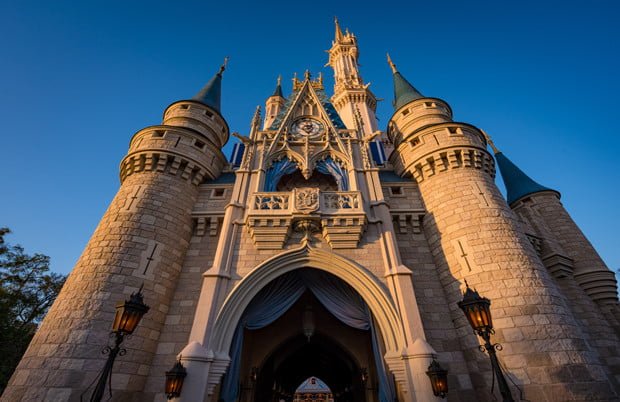 The obvious one. The Walt Disney World castle that you probably stop in awe of every single trip, have photographed hundreds (or thousands) of times, etc. It really needs to further introduction.

In terms of inspiration, Cinderella Castle is a pastiche of European castles. Depending upon who you ask, you’ll receive a different answer about what inspired it. The castle we’ve visited that reminded me the most of Cinderella Castle was ChÃ¢teau de Chenonceau, which is my favorite castle in all of France. 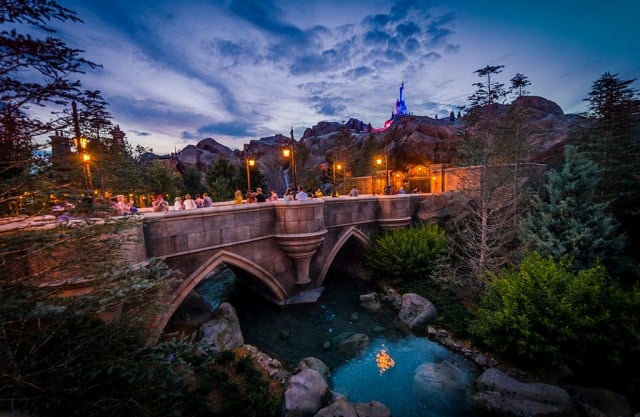 Okay, since this “toy castle” atop the rocks makes the list, perhaps all of that random merchandise in gift shops should, too? The difference here is that you can also dine “inside” of Beast’s Castle, and while the structure perched atop the rockwork is a weak example of forced perspective, it’s far from all there is to this particular castle. 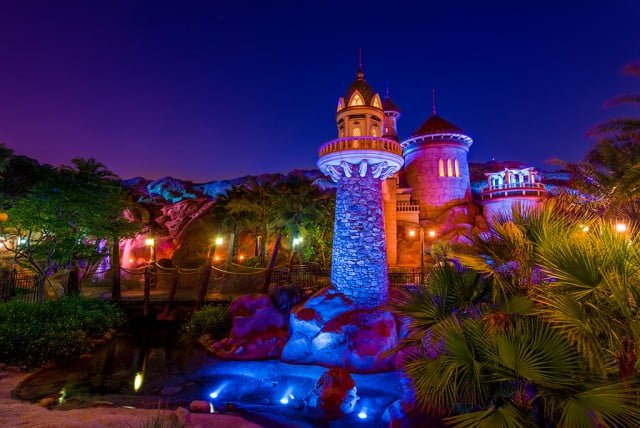 This is probably the “oh duh” castle on the list. It’s hiding in plain sight, easy to overlook as a castle. Nevertheless, Prince Eric’s Castle (or should it be Princess Ariel’s Castle now?) is a castle.

Prince Eric’s Castle is unique in that it clearly draws incorporates real-world designs–it’s a Mediterranean-style castle and features a Spanish-tile roof–but there are no obvious sources of inspiration. Perhaps an expert on castles in the Mediterranean can school me on this, but I can’t think of any locations that it was based upon. Parts of it are vaguely reminiscent of Chillon Castle (take a look at our visit to that castle), but that’s a castle in Switzerland. 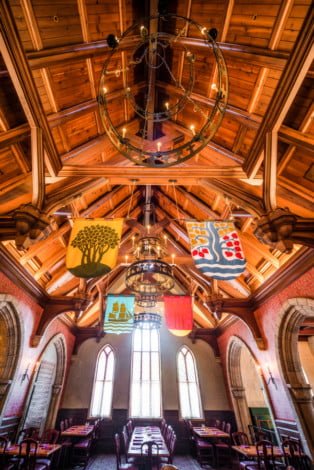 Although not as regal as its Magic Kingdom counterpart, Akershus is Epcot’s “castle dining” option. This character meal began in 2005, before which the location was a straightforward restaurant serving traditional Norwegian cuisine. It was originally going to be one of two castles in the pavilion, with Egeskov Castle from Denmark being the other (when it was intended to be the Scandinavian pavilion, rather than just the Norway pavilion).

Akershus in Epcot is based on the real-life Akershus Castle and Fortress in Oslo, Norway. The real Akershus was built in 1299, when it served as a medieval castle and royal residence into being developed into a fortress in 1592. Today, Akershus Castle contains banquet halls (sound familiar?!), the Royal Mausoleum, and various reception rooms. 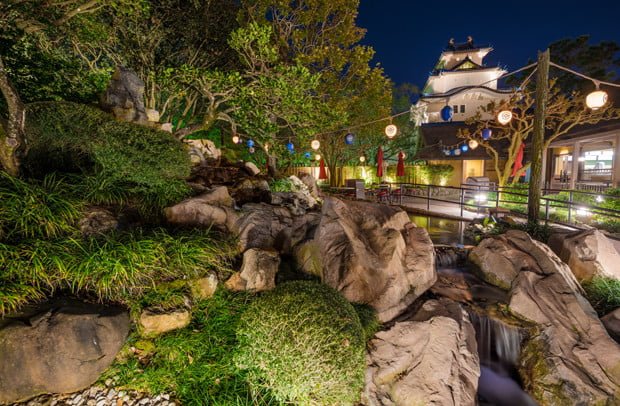 The final castle on our list has a pretty interesting and relatively unknown history. Modeled after Himeji Castle in Japan (which we’ve visited several times–check out our post about it on TravelCaffeine), which is the most beautiful castle in Japan, the country’s first UNESCO World Heritage Site, and an exemplar of Japanese fortification architecture.

Despite towering over the Japan pavilion when viewed from across World Showcase Lagoon, the castle is mostly obscured once you’re inside the pavilion. This probably explains why a lot of people missed it. Another reason you might’ve missed it is because it serves no functional purpose. Now, you might wonder why Epcot has such a large castle that is merely ornamentation, and the answer is…it was never meant to be ‘merely ornamentation.’

White Egret Castle was originally meant to house Meet the World, which was simultaneously being developed for Tomorrowland at Tokyo Disneyland. This was a four-act show in the style of Carousel of Progress that would’ve featured a hybrid of Audio Animatronics and film segments, inviting guests to “explore Japan’s heritage on an incredible time-travel adventure!”

The show was completed for Tokyo Disneyland and ran there from 1983 until 2002, but never debuted in EPCOT Center. This was despite the show being localized, a theme song recorded by the Sherman Brothers, and a show building even being built for it in EPCOT Center. (You can get a look at the blueprints here–the second image is the theater.)

Who knows…maybe someday White Egret Castle will serve as the pre-show for the long-rumored Mount Fuji coaster, or perhaps the Shinkansen Sightseeing Train?

Which of Disney’s castles are your favorites? Can you name any other castles at Walt Disney World that we forgot? Any questions we can help you answer? Hearing feedback about your experiences is both interesting to us and helpful to other readers, so please share your thoughts below in the comments!