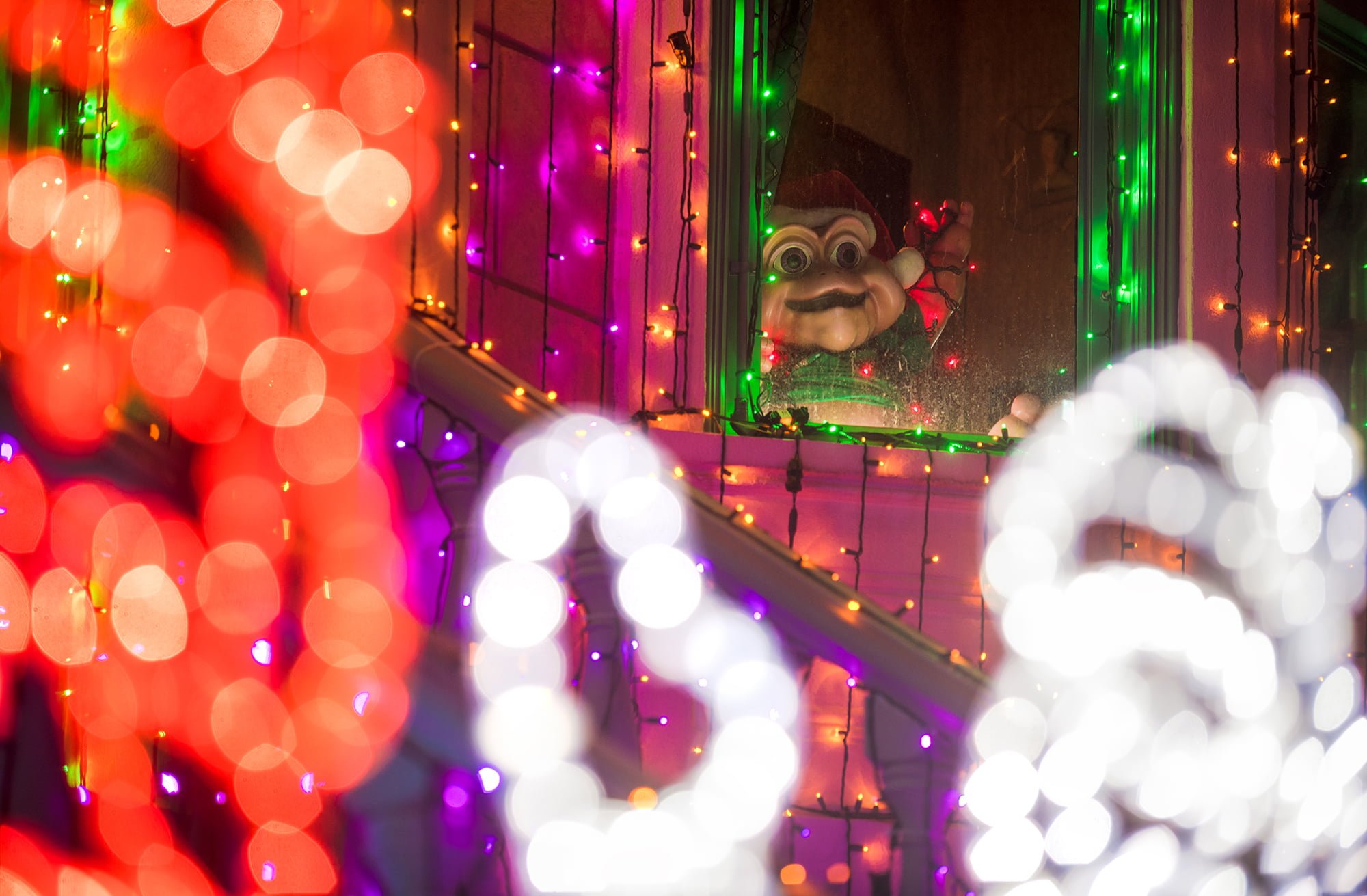 Baby Sinclair of Dinosaurs fame appeared in the now-extinct Osborne Family Spectacle of Dancing Lights at Walt Disney World. It was a true Christmas miracle and almost got Disney’s Hollywood Studios added to the list of UNESCO World Heritage Sites. This post offers a wistful retrospective of that fateful day when we learned Baby Sinclair had moved into the Streets of America at WDW.

Since we only cover the hard-hitting news and have the utmost journalistic integrity here at Disney Tourist Blog, a team of drunken monkeys has been working for like 10 minutes on this post we’ve been carefully researching this critical development since Baby Sinclair first appeared in order to bring you our thorough analysis, and have finally completed this arduous task. We present the fruits of our labor in this brilliant essay about Baby Sinclair in the Osborne Lights.

At this point, some of you are probably muttering, “who is Baby Sinclair, and why should I care?” First, shame on you. Second, Baby Sinclair is the voice of a generation: my generation. Before we get to his significance in the Osborne Family Spectacle of Dancing Lights at Walt Disney World, a bit of background is probably in order so you can understand just how important this is, and what it means for the future of Disney’s Hollywood Studios.

Dinosaurs is a sitcom that ran in the early 1990s from Jim Henson Productions–the first major project after the death of Jim Henson–that lasted only four seasons. It features a family of dinosaur Muppet-esque characters in an edgy family sitcom. For youngsters like me, the show was all about Baby Sinclair. In a retrospective on the show, Vulture described him succinctly as the “silly TV candy meant to lure younger viewers into what is otherwise a family sitcom with a sneakily serious agenda.”

Baby Sinclair was something special for my generation. A hero. Not the hero we deserved, but the hero we needed. Perhaps “hero” is the wrong word, but he was a dinosaur and he was awesome, so it seems about right. If anything, he seemed like the character Generation Me deserved: rude, narcissistic, and demanding that his parents cater to his every whim. These lovely attributes became hallmarks of my generation, and there’s a distinct possibility that Baby Sinclair was partially the catalyst. 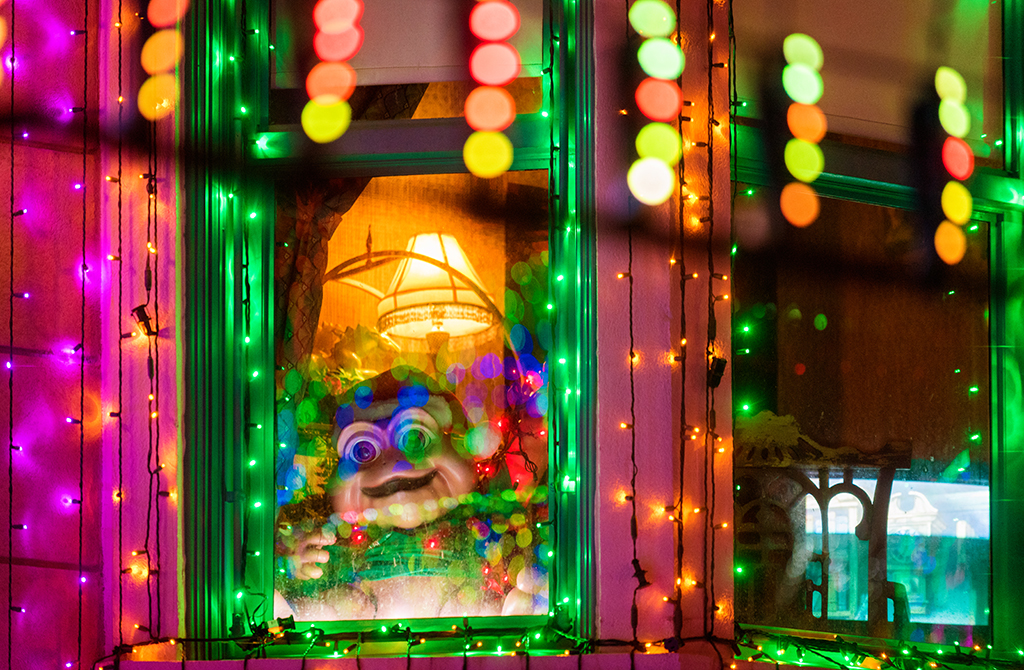 There’s also a good chance that he was written to have dual meanings: one as the “candy” that would draw in younger viewers with his catchphrases and adorable obnoxiousness, the other as commentary on the same young viewers who loved him.

After all, once you got past the mind-blowing awesomeness of the fact that you were watching the actual, recreated social dynamic of dinosaurs in their natural habitats as they actually lived millions of years ago (source: science), Dinosaurs was, at its core, social commentary. 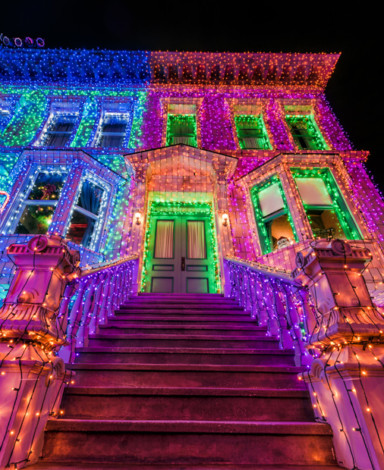 If you haven’t seen Dinosaurs, imagine Aaron Sorkin’s take on a family sitcom about dinosaur life, except with less walk and talk. At the time, this level of satire was unprecedented (especially in a show that was ostensibly for kids), and although today it isn’t nearly as edgy as something like South Park, in re-watching old episodes, I have been surprised at the topics covered, many of which are just as relevant today as they were over two decades ago.

Plus, if you’ve been itching to know what Bob Dylanosaurus would look like (and truly, who hasn’t wondered this), Dinosaurs answers that burning question. When I was younger, all of this was well over my head, so I guess the show succeeded at working on two levels. It’s like watching an entirely new show as an adult. 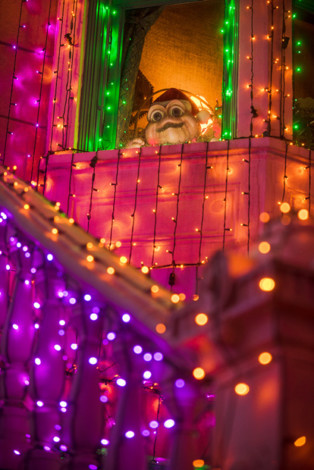 That was merely the Walt Disney World subterfuge for me promoting and convincing you to watch (or rewatch) one of the pinnacle achievements of mankind in the last 50 years (or at least one of the top television shows), that seems long forgotten. So in a sense, I guess this post was sort of clickbait, but I make no apologies. (You’re welcome.) 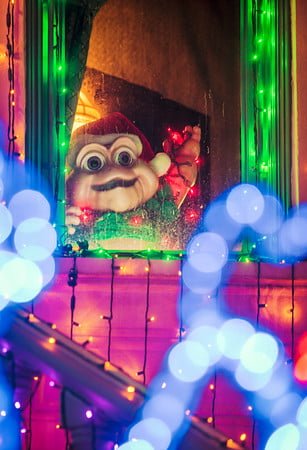 You can purchase Dinosaurs – The First and Second Seasons and Dinosaurs – The Third and Fourth Seasons for about $20 each. Talk about the deal of the Quaternary period. Buy multiple copies for when the first discs wear out.

As for the significance of Baby Sinclair in the Osborne Family Spectacle of Dancing Lights in Disney’s Hollywood Studios at Walt Disney World…uhh…well, he appears at the end of San Francisco street on the left side of the street, which is critical because…San Francisco is (probably) a place where dinosaurs once lived, and…? 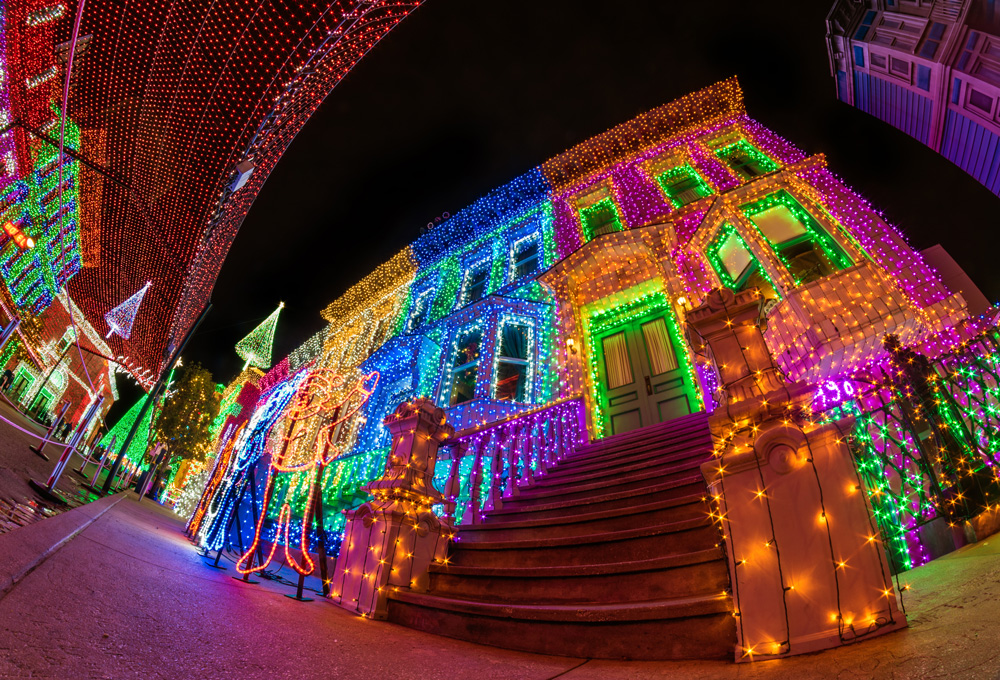 Actually, my guess is that a Cast Member found the Baby Sinclair prop from the “Dinosaurs Live” show that ran at the Disney-MGM Studios sitting around backstage somewhere and thought, “hey, dinosaurs are awesome…perfect for Osborne Lights!” and stuck it in some random window. After Baby Sinclair was a smash hit at the Osborne Lights last year with Disney’s key demographic of weird people on the internet like me, they decided to throw us a bone and bring him back.

Regardless of the reason, Baby Sinclair is easily the awesomest Easter Egg in the Osborne Lights, and you should make plans to spend an hour or two standing in his presence, marveling at him. As for what the future of Baby Sinclair holds…that’s anyone’s guess; my guess happens to be that next year when you walk onto the Streets of America at Christmas-time, you will be entering “The Sinclair Family Spectacle of Dinosaur Lights” (presented by WESAYSO Corporation).

Have you made the pilgrimage to Disney’s Hollywood Studios to see Baby Sinclair? What was your second favorite thing about the Osborne Family Spectacle of Dancing Lights, after Baby Sinclair? Are you going to Walt Disney World for Christmas this year? Please share your thoughts in the comments!