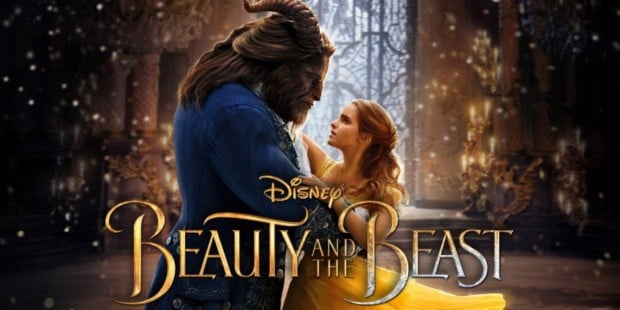 I was probably one of the last 7 Disney fans on earth to see the new live-action Beauty and the Beast film, and now that it’s out of theaters and the Beauty and the Beast Blu-ray has been out for a few weeks, it seems the “perfect” time to review it. Hey, better late than never, right? No? Well…whatever.

Actually, I wanted to drop in with this review because I think Beauty and the Beast is a fascinating film in some regards, and the polarized reactions among fans is something worth discussing. In so doing, I’ll also discuss where I think the new version of the film succeeds and fails.

With Beauty and the Beast (2017), I’ve seen little middle ground in viewer reactions. This is increasingly normal with all things in fandom, but I think the polarized reactions among Disney fans (and Millennials, generally) both stem from the same place: nostalgia.

Nostalgia provokes different things in different people. For some, it makes them emotionally vulnerable. Others feel a protective sense of ownership over the thing they cherish. This is one of the reasons sequels of classic films engender strong responses.

This is certainly true of Beauty and the Beast. The result is that many who grew up with the original are eager to find a new way to revisit not only characters and songs they love, but their youth. On the other hand, there are those who are so protective of those memories and characters that any new story featuring them cannot possibly live up to the original. It’s a foregone conclusion before the movie is even released.

I’m pretty sentimental towards 1991’s Beauty and the Beast, which was released during the formative years of my youth, and for me stands behind only The Lion King as movies ‘young Tom’ loved.

While watching the 2017 Beauty and the Beast, there were a number of times–almost exclusively during songs–that I felt a rush of emotion. After each number ended, this faded away. In retrospect, that emotional resonance felt unearned. This movie had done little to provoke such a response…aside from reminding me of how its predecessor makes me feel. The emotion I felt during the movie was not due to what I was watching, but my memories of the animated classic.

If you can somehow strip away your nostalgia and emotional baggage (a difficult if not impossible task), I think what you’re left with is a fairly meh film. While the Beauty and the Beast remake does some things right, at the end it felt a bit too slickly-produced and cold for me. The overriding feeling I had when finishing the movie was not satisfaction for having seen a good or great film, but yearning for the original. (Which begs the question: why bother with this one?)

A couple of things the live action film does right are empathy and, to a lesser degree, exposition. It benefits from being able to go to darker places and having a longer running time, since it doesn’t have to follow the unwritten rules for Disney animated films. That gives this version of Beauty and the Beast the chance to provide the viewer a bit more backstory that further humanizes the characters.

More backstory is not always a good thing, though. In a few cases, scenes felt like they existed solely for the sake of the story diverging from the animated classic. (“See? It’s different!”) As with the parks, story for its own sake does nothing. In other cases, story changes feel unnecessary and have likely been made to sidestep potential claims of Stockholm Syndrome.

Some of the exposition makes it easier for the viewer to empathize with the characters, but there’s also the fact that these are adept human actors. A lot of emotion can be conveyed in good animation, but there’s something to be said for the pain visible in Kevin Kline’s face or the conflict in Josh Gad’s as he grapples with whether to support his friend as Gaston transforms into a real villain. (On the other hand, animated Belle offers more emotional depth than Emma Watson Belle.)

What live action giveth, it also taketh. The live action Beauty and the Beast is willing to go to some slightly darker places the animated classic could not, but it also dovetails with the animated version to go some places a live action film should not. In the process, it feels campy.

This is a problem inherent in remaking the animated classics. Disney needs to cover new ground to justify the film’s existence, but also needs to play the hits, so to speak, because that’s what audiences expect and want. The result of that in Beauty and the Beast is some abrupt shifts in tone, and a movie that feels all over the place.

Then there’s the CGI. There’s way too much of it, and it feels hollow. The nature of this story requires at least some CGI, but not in literally every background or environment. I get that Beast’s castle is supposed to feel cold, but I got the same vibe from Belle’s provincial village. (Why not actually film in France?) This was especially disappointing, as both of last year’s remakes, The Jungle Book and Pete’s Dragon, do an exceptional job with emotive CGI.

Ultimately, I don’t regret having watched Beauty and the Beast nor do I think it’s an awful film. It’s just fine. There were a few nice moments, and as mentioned above a few times the movie gave me goosebumps. For the most part, that had nothing to do with what I was watching…it was all about 1991 Beauty and the Beast. I have no intentions of watching the new version again because the animated version is far superior. (Frankly, it’s a masterpiece.) Where the live action Beauty and the Beast succeeds, it does so as a result of it riding on the coattails of that version, and most new aspects it brings to the table, I’m fine doing without. Suffice to say, there’s a reason the 1991 version was the first animated film ever nominated for Best Picture…and why this version will be forgotten in a decade.