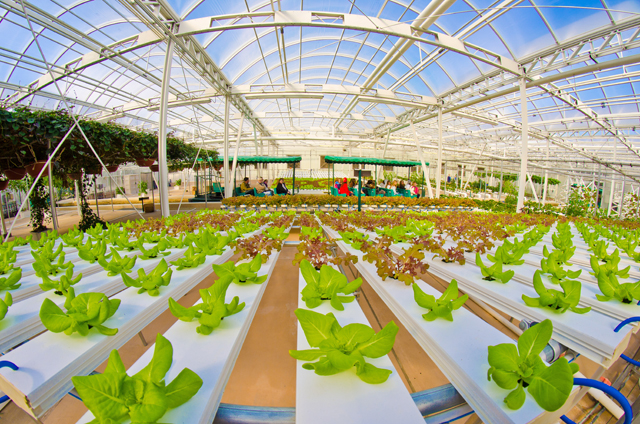 For starters, some info about the Behind the Seeds at Epcot tour. As of 2017, the tour costs $25 per adult and $20 per child, with a 15% off discount to Annual Passholders, Disney Vacation Club owners, and Disney Visa Cardholders. This is a modest increase from previous years, so if you encounter a lower number, it’s likely outdated.

Unsurprisingly given the name and location, the Behind the Seeds tour focuses on the forward-thinking agricultural techniques utilized in The Land pavilion. During the tour, you’ll release lady bugs, see gators up close, feed fish, sample cucumbers, and learn more about the growing techniques and nutrient cocktails utilized in Epcot…

Behind the Scenes is a popular tour because it gives guests a taste of what Walt Disney World’s backstage tours are like, without breaking the bank on something like Disney’s Keys to the Kingdom tour at Magic Kingdom, or the UnDISCOVERed Future World tour at Epcot. It’s also not nearly as much of a time commitment as either of those tours (or many other tours guests can take at Walt Disney World).

When we did the Behind the Seeds tour, our only other experience with backstage tours was a few one-time events offered by D23. I had also done Epcot’s DiveQuest as a teen, but that was ages ago. Our experience had been almost universally positive with this type of events, so it made sense to give it a try.

While you can book the Behind the Seeds tour in advance by calling (407) WDW-TOUR, my recommendation would be to not do this, unless it’s an absolute must-do. Particularly if you’re a first timer to Walt Disney World, you should actually experience the Living with the Land attraction first, see how it appeals to you, and then book.

There are several Behind the Seeds tours per day, and you can usually book them same-day. That’s what we did, and that’s what I’d recommend. Going this route also enables you to squeeze the tour into your schedule on the fly, rather than planning around it months in advance. 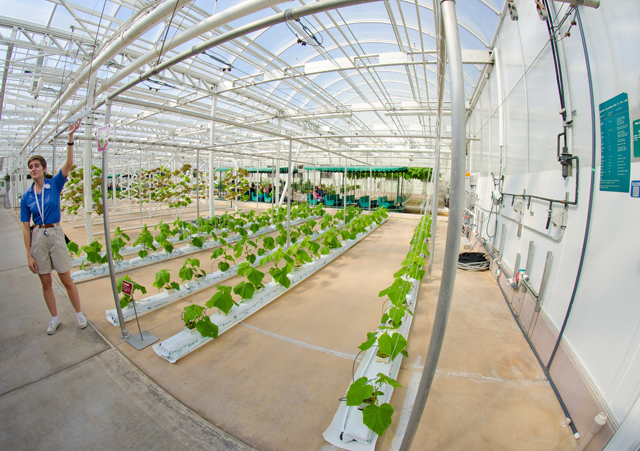 Sarah had wanted to take this tour for a while. Given that it was only around $15 with our discount (back when we did it) and only lasts about an hour to an hour and half, I could offer little reason to resist. While I love Living with the Land (it’s one of My 10 Favorite Attractions at Walt Disney World), my interest in a more thorough explanation of what goes on behind the scenes in the pavilion was very low.

In this post we’ll take a look at some photos from the tour, thoughts on whether it lived up to my expectations, and whether it was worth the money…

Despite that, I loved the Behind the Seeds tour. It was interesting without being dry and pedantic and balanced the practical applications of these techniques at home (something that doesn’t interest me at all–actually, it scares me, as Sarah trying to utilize some of these techniques likely means more work for me!) with the broader scientific studies and theory behind some of what is being done at The Land. 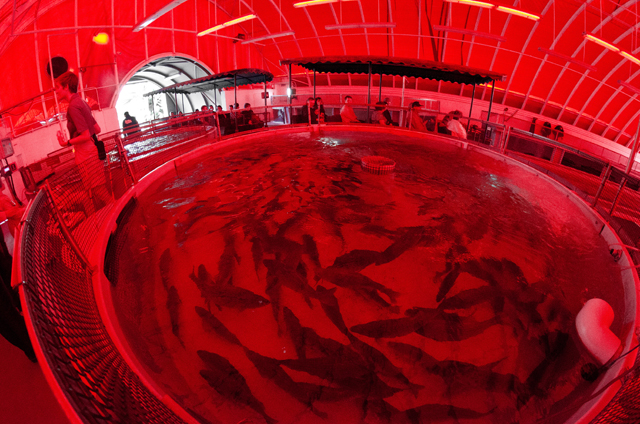 As mentioned, I know very little about gardening (and science, for that matter), so I have no idea if the experimental techniques utilized in The Land are still experimental, or if they were experimental in 1992. In either case, it was fascinating and new to me.

I’m not sure that a botanist or alligatorologist would find the tour quite as interesting. For all I know, it might actually be quite superficial to someone actually involved in these fields. 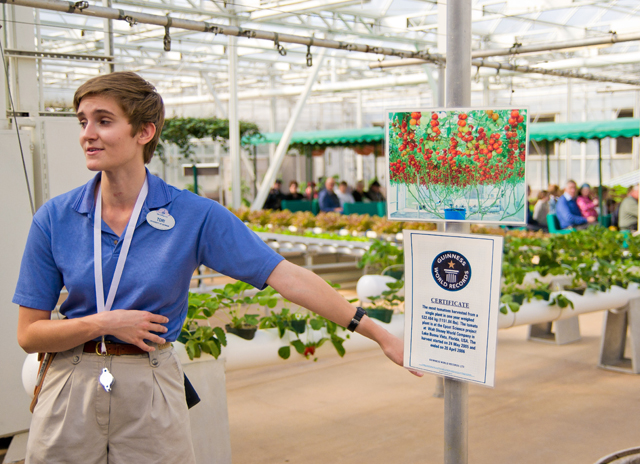 To the casual theme park guest, though, the Behind the Seeds at Epcot tour is outstanding. The tour is engaging rather than a typical lecture, as guests are allowed to touch things, release bugs, and sample foods, and our tour guide was great. On that note, a word of caution; the tour guide is pretty make or break for Behind the Seeds.

Our tour guide was exceptional. She had extensive knowledge of the different areas of the greenhouses, was articulate, personable, and wasn’t afraid to admit when she didn’t know the answer to a question (which was rare). I much prefer that than someone making up an answer that sounds good. 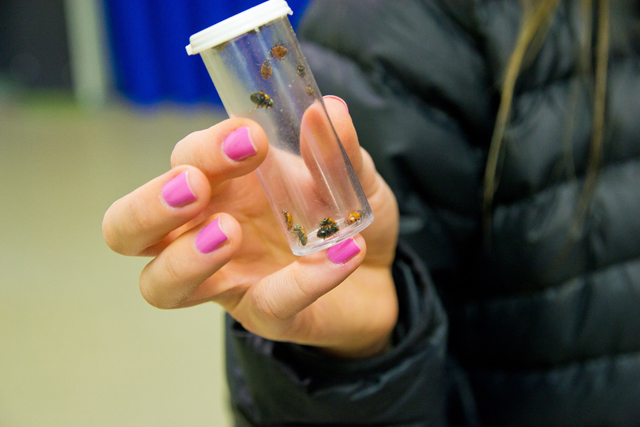 She was a college student in the Professional Intern program (not College Program) who was relatively new at Epcot, and obviously was enthusiastic about what she was doing. As we finished our tour, we passed another group with a tour guide who seemed less articulate than ours.

Had we taken the next tour, the tone of this review might be totally different. But we didn’t, so it’s not. Others have reported very negative experiences thanks to disinterested tour guides, which is something to keep in mind when considering this tour. 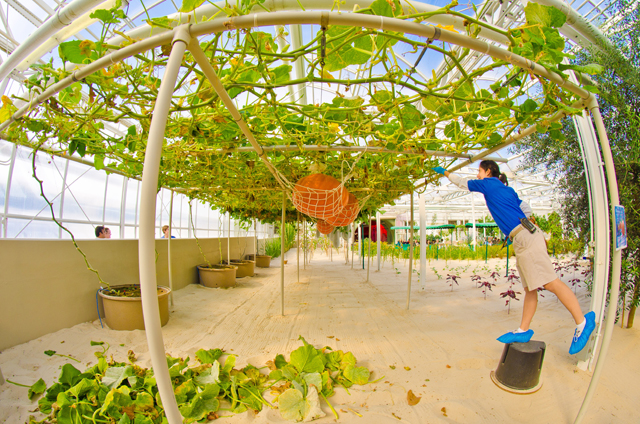 The content of the tour was interesting and kept my attention. If you have wondered whether this is an appropriate tour to hold the interest of your child, the fact that it kept my interest might be a good litmus test. Normally my eyes glaze over and my mind begins to wander at the first mention of things like “horticulture” or “hyproponics.”

Not the case here, as the tone was light enough that it kept my attention throughout. 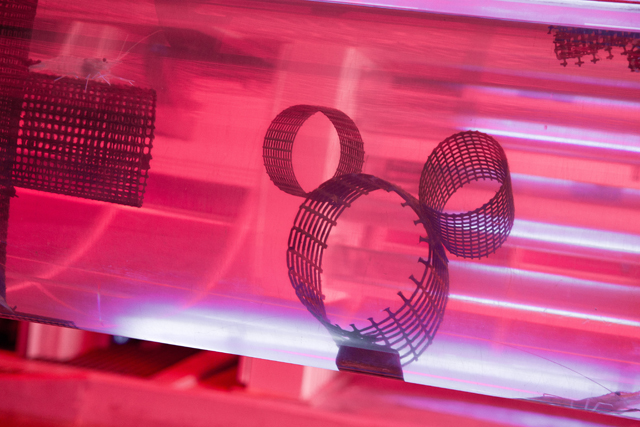 As much as I joke about being disinterested in horticulture, it’s probably more a matter of disinterest in hands-on gardening. Like most guests, I really enjoy the Epcot International Flower & Garden Festival, and this is about as close as there is to a backstage tour of that event.

Speaking of which, Disney, if you’re reading this, I’d jump at the chance to go behind the scenes of the prep work that goes into the Flower & Garden Festival. Touring the places where the topiaries are grown and crafted sounds like it’d be really cool. I’m sure it couldn’t be a year-round tour, but it could be a fun D23 special event. 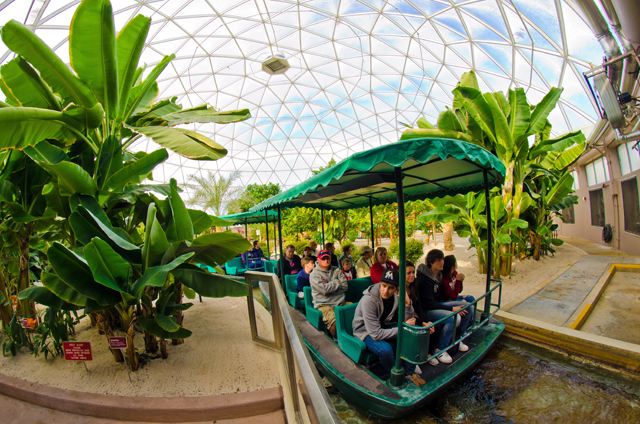 In any case, Behind the Scenes definitely catered to the part of me that loves “edutainment.” Critics contend that little remains of the EPCOT Center that opened in 1982. They claim that Journey into Imagination is now the antithesis of imagination. The Living Seas aren’t nearly as alive now that cartoon characters inhabit some of their waters.

World of Motion and Horizons are gone, replaced by thrill rides. Wonders of Life (not a 1982 attraction, but still…) is now the Wonders Retreat, a seldom used home for hard-ticket events during Food & Wine Festival and Flower & Garden Festival. Spaceship Earth now wants guests to “thank the Phoenicians” and play with touchscreens. 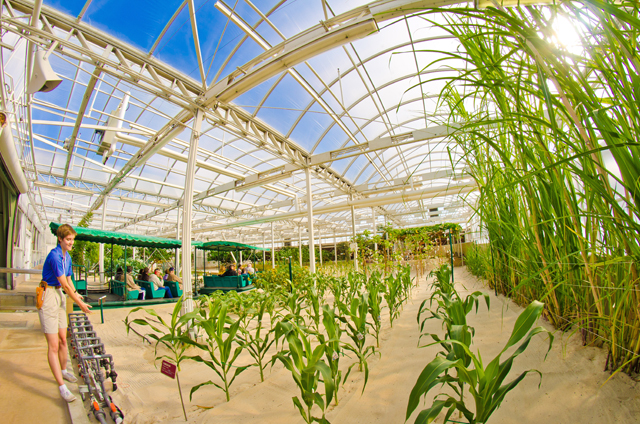 While I disagree with much of this (and think many changes were necessary to hold the interest of contemporary guests), I think it’s unquestionable that Epcot has captured the spirit of “edutainment” with the Behind the Seeds tour. Resist as I might, I found myself accidentally learning while having loads of fun on this tour.

Going in, I fully expected it to be nothing more than an opportunity to take some cool photos while Sarah learned about gardening techniques. I was shocked to enjoy this tour so much. 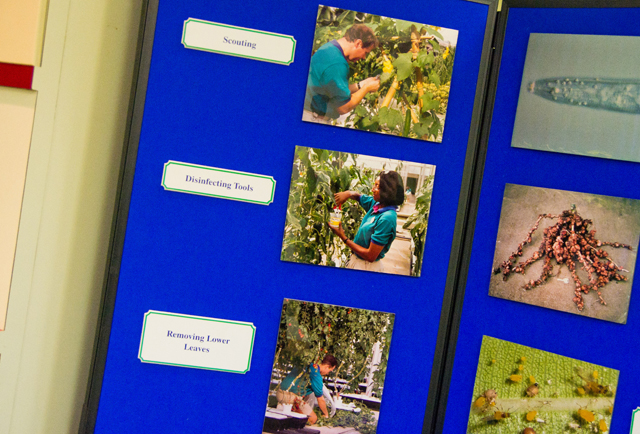 Overall, we’ve since done a number of special events and other tours, and I still think Behind the Seeds is one of the best ‘hidden gems’ of Epcot. Even though the price of the tour has increased since we did it, I continue to believe that this is among the best ways to spend ~$25 at Epcot. Even if your hobbies include deforestation, littering, and casual animal sacrifice, there’s a good change you’ll enjoy Behind the Seeds. It’s that engaging, and it’s fun to go behind the scenes on a Walt Disney World attraction. It gives you a different perspective on the parks, and is something that’s truly cool to experience.

Do you agree or disagree with our take on the Behind the Scenes at Epcot tour? Have you gone backstage at Epcot or any other Walt Disney World park before? Have you done a different tour? If so, what did you think? Hearing your feedback about your experiences is both interesting to us and helpful to other readers, so please share your thoughts or questions below in the comments!

30 Responses to “Behind The Seeds At Epcot Tour Review”