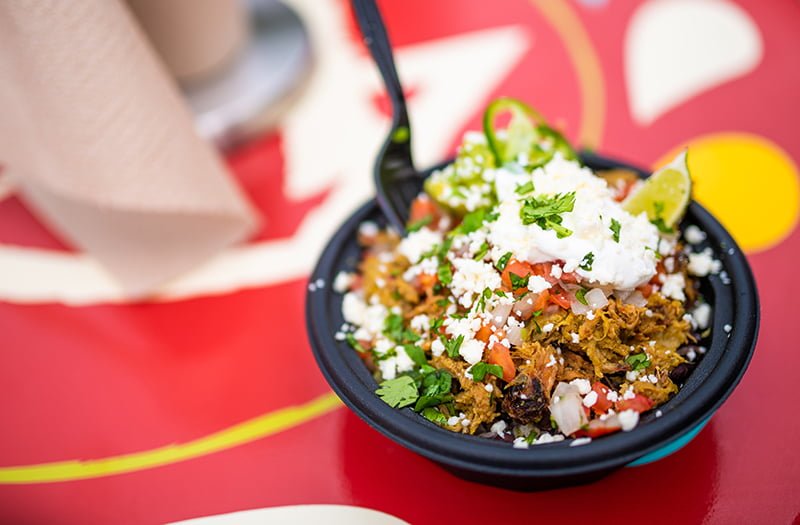 There are a lot of well-known Walt Disney World hidden gem counter service restaurants, which begs the question as to just how under-the-radar they really are. Dining options like Tangierine Cafe and Sleepy Hollow are great and deserving of the praise, but just how hidden is a restaurant in the middle of Magic Kingdom or Epcot?

If you’re a Walt Disney World fan (and if you’re reading this, that’s presumably true), you’re likely familiar with most restaurants in Disney’s Hollywood Studios, Animal Kingdom, Magic Kingdom, or Epcot. You probably haven’t dined at them all, but you’ve at least passed the big “hidden” gems in each, and perhaps already made the decision as to whether or not they’re for you.

Outside the parks, the dining scene at Walt Disney World is a whole different ballgame. Transportation can make these restaurants a hassle, and no counter service food is worth 2-hours worth of time on buses. With all of this in mind, we’re carving out a list of the 5 best quick service restaurants at Walt Disney World that are not in the theme parks and don’t (or won’t) require convoluted commutes…

4 Rivers Cantina Barbacoa Food Truck – If you’ve ever talked to an Orlando local about restaurants near Walt Disney World they recommend, there’s probably a 50/50 chance that 4 Rivers Smokehouse has come up. It’s one of the best BBQ places I’ve ever visited, with incredible Texas Brisket, Kansas City Burnt Ends, Tri-Tip, and more.

While this food truck at Disney Springs isn’t as good as the flagship Winter Park restaurant, it is decidedly different and nonetheless excellent. The taco cones and burrito bowls are among the most satisfying meals you can have at Walt Disney World for a modest price. 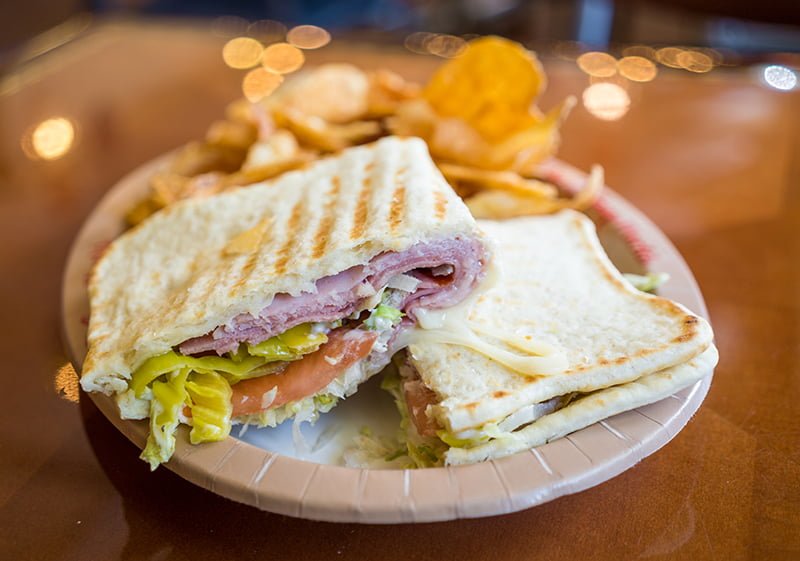 Artist’s Palette – A short walk or boat ride from 4 Rivers Cantina is Saratoga Springs, home to the most underrated counter service restaurant in all of Walt Disney World. Even when we’ve stayed at Saratoga Springs, we’ve passed on this eatery, as it simply looks boring. It took us until last year to finally “discover” that this is not just a phoned-in food court. Quite the contrary, in fact.

Once you get past the restaurant being inside the resort’s gift shop and the eating area being bland as can be, you’ll find a menu that’s filled with ambitious entrees, and some truly divine desserts, as well. Our advice would be to take your food outside, grabbing a poolside seat or going even farther for a waterfront view. 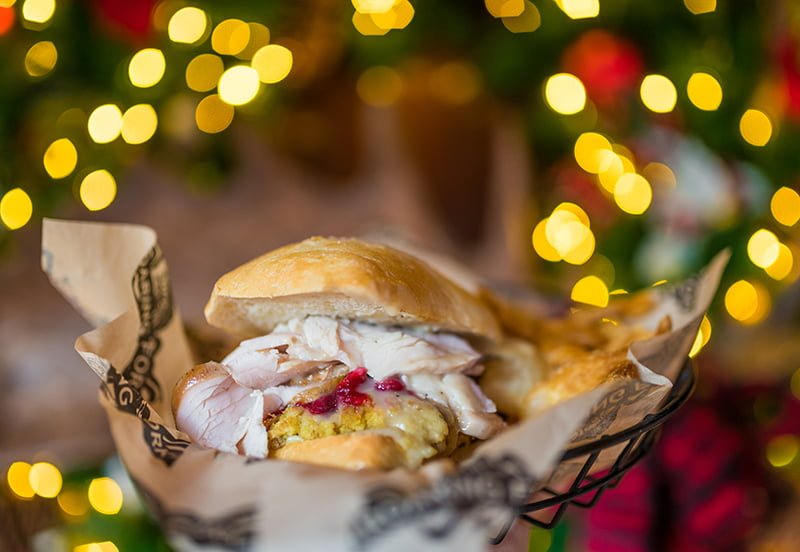 Roaring Fork – When it comes to restaurants within boat or monorail distance of Magic Kingdom, both Gasparilla Island Grill and Contempo Cafe are more meritorious of inclusion here. However, those are both two of the Top 10 Counter Service Restaurants at Walt Disney World, so they might–or should–already be on your radar.

Roaring Fork features a more straightforward menu, but with several standout options that are delicious. Plus, the relaxing boat ride over coupled with the laid back resort atmosphere is a great way to decompress during a chaotic day at Magic Kingdom. If you can get here for breakfast, the Banana Foster’s French Toast, Loaded Mickey Waffles, and Chicken & Waffles are all excellent. At Christmas-time, the Holiday Turkey Sandwich is a must-try. 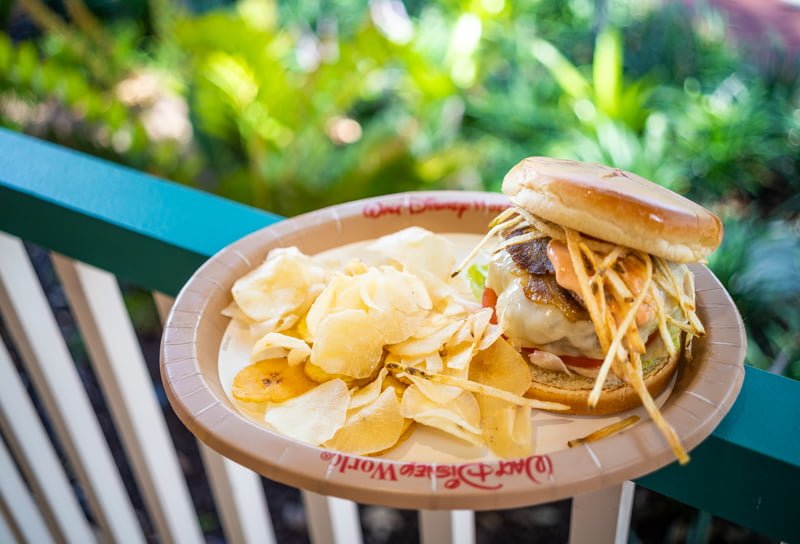 Spyglass Grill – The Disney Skyliner gondolas will make the wonderful world of food at Caribbean Beach, Riviera Resort, Art of Animation, and Pop Century easily accessible to thousands of Walt Disney World visitors every single day. At Caribbean Beach Resort alone, there are three restaurants we love, but I thought I’d go for the deepest cut.

We’ve been singing the praises of Spyglass Grill since it opened, so regular readers of this blog are probably already familiar with it. If not, it’s located by the Trinidad quiet pool in a nondescript pink building, that could just as easily be confused for a simple picnic area. The small menu here packs a powerful punch–our favorites are the Cream Cheese Guava-stuffed French Toast (breakfast) and Chorizo Burger, which is one of the best burgers at Walt Disney World. 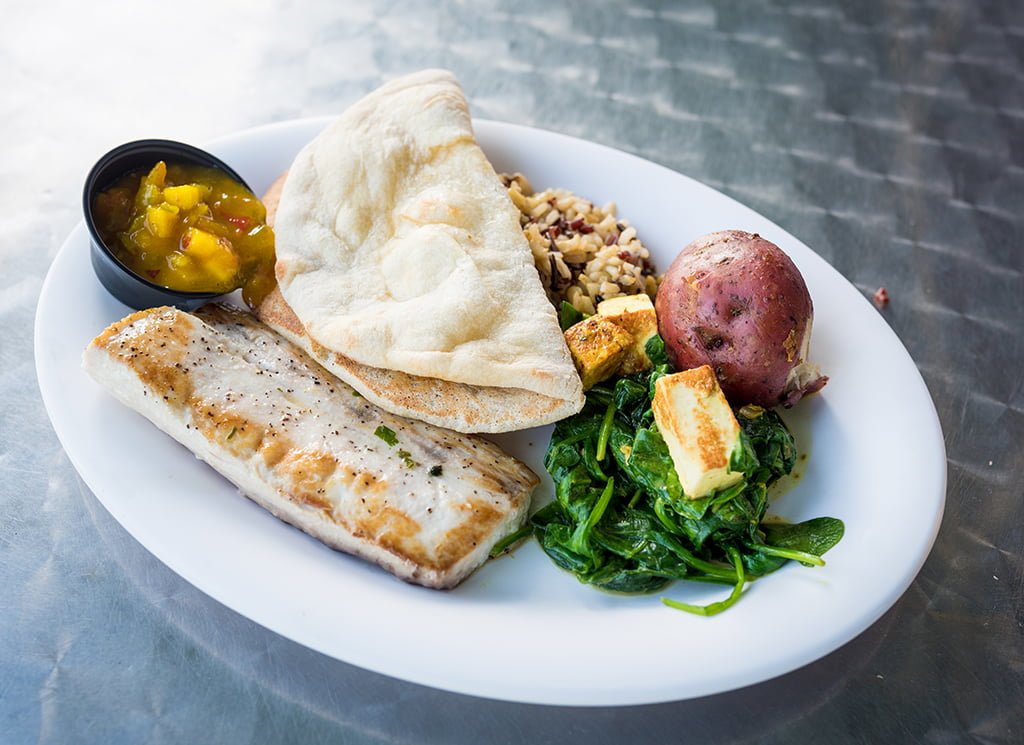 Landscape of Flavors – There has been no shortage of praise for the counter service restaurant at Disney’s Art of Animation Resort, which redefined the quality of cuisine that could be offered at a Value Resort’s food court. If you’re a Walt Disney World fan, you’ve probably heard of it by now.

However, unless you’re a larger family or have splurged on the Little Mermaid rooms, there’s a strong chance you’ve never dined here. That’s really too bad. In addition to inventive twists on familiar favorites, there are also items you’d never expect at a food court, including Mongolian Grilled Fish and Tandoori Boneless Chicken Thighs. Landscape of Flavors is the pinnacle of Walt Disney World counter service, and we can only hope that other new hotels follow its formula.

While many, if not all, of these are not restaurants with which first-time visitors to Walt Disney World should bother, they are a nice change of pace for repeat guests. One of our favorite things about WDW is the wealth of new-to-us things to do. Even if you visit annually or more often, there’s undoubtedly still a ton you’ve never done, with plenty of ways to keep your Walt Disney World trips fresh and different.

Which Walt Disney World counter service restaurants would you consider hidden gems? Do you agree or disagree with our list? Any questions we can help you answer? Hearing your feedback–even when you disagree with us–is both interesting to us and helpful to other readers, so please share your thoughts below in the comments!