I’m back with the second installment of “Scenes from Disney Parks,” with a set of new photos that I recently shot during the start of Halloween Time at Disneyland. Every photo in this set is from Disneyland and features Halloween as a motif (be it prominent or in the background, etc.). Disneyland is always a
Read More
Welcome to a new, possibly recurring photo-sharing post here on DisneyTouristBlog! Back when I started this blog, photos were a key component, with “photo of the day” posts being the most common posts here. Over time, I noticed that those photo of the day posts weren’t popular compared to the meatier, text-driven posts. This was
Read More
Those who read this site for photography know that I recently upgraded from my Nikon D600 to a Nikon D810. In my Nikon D810 Review, I wasn’t short on praise for the camera, calling it “possibly the most well-rounded DSLR ever” and saying that “it’s a camera that exceeded my high expectations and I feel
Read More
This review covers the pros and cons of the Tamron 24-70mm f/2.8 VC, including its biggest feature: image stabilization. Being the only 24-70mm f/2.8 lens to have stabilization (Vibration Compensation in Tamron parlance), this lens is a pretty big deal. It’s also significantly cheaper than its Canon and Nikon OEM counterparts, thus almost begging the
Read More
This real-world Nikon D810 review features photos I’ve taken with the new camera, comparison photos to the Nikon D600, and my thoughts after using the camera in the field. Note that this review covers an “off the shelf” production model of the Nikon D810 that I purchased and have actually used to take photos, not
Read More 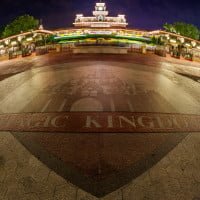 The Sigma 15mm f/2.8 EX is a 180 degree autofocus fisheye lens for full frame cameras that offers a less-expensive, third party alternative to fisheye lenses by Canon and Nikon. This review of the Sigma fisheye will cover it as compared to the more expensive Nikon 16mm fisheye and to the budget Zenitar 16mm f/2.8
Read More
The Sony RX100 M3 is the newest advanced-level point and shoot camera, and further improves on Sony’s RX100 line to maintain its place as the best point & shoot camera currently on the market. I’ll make that much clear from the outset: the Sony RX100 III is without a doubt superior to every other pocket
Read More
Photography composition can be a tricky thing, especially in an eye-catching and frenetic environment like the Disney Parks. Many people know some vague basics about composition, like the Rule of Thirds, but it can be tough to apply any “rules” when actually running around the parks taking photos. With so much going on and such
Read More 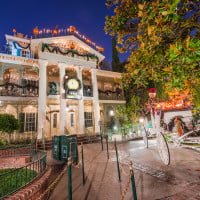 HDR Photography is becoming increasingly popular, as are Disney HDR photos. The Disney theme parks lend themselves to the whimsical and vibrant post-processing style often associated with HDR photography, making this no surprise. While faux HDR is easier than ever thanks to iPhone apps and other programs, true HDR is still a challenge for many
Read More
Telephoto lenses are usually treated as options for sports, wildlife, or other distant action. Many professional photographers even recommend doing without telephoto lenses, because you should instead “zoom with your feet.” With regard to photography in the Disney theme parks, I can’t even count the number of times I’ve heard people advise others to only
Read More
I have a not-so-shocking confession: I love cameras and photography gear. When I open up a box with a new photography toy, I’m like a child on Christmas morning; when I finally visited the B&H Supercenter in New York recently, I was like a kid in a candy shop (although, oddly enough, the thing I
Read More