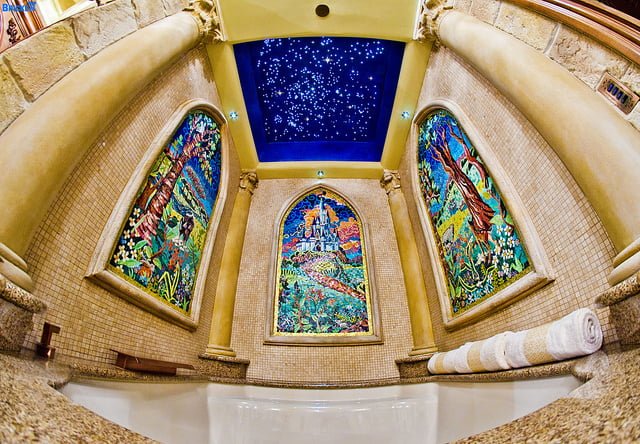 “How much does a night inside Cinderella Castle Suite cost?” That’s a surprisingly common question from readers who have seen  photos from inside Walt Disney World’s most lavish “hotel” room. This answers that, with the sale price a rare 1-night stay in Magic Kingdom’s Cinderella Castle Suite. We’ll cover how this room works and is used, and what additional magical extras the suite stay includes. (Updated December 19, 2022.)

We’ve visited the Cinderella Castle Suite in Magic Kingdom twice, and it’s incredible–definitely the coolest accommodations (if you can even call it that) at Walt Disney World. For those unfamiliar with it, the Cinderella Castle Suite was created by Walt Disney Imagineering a little over a decade ago. Its purpose at that time was to serve as a daily prize for randomly chosen guests during the Year of a Million Dreams.

Prior to that, it was a utilitarian backstage storage space; before that, Walt Disney World phone operators used it as a workspace. (Talk about the ultimate office!) The Cinderella Castle Suite is seldom used these days, save for giveaways about once per year or when celebrities like Mariah Carey or Tom Cruise make a special visit. 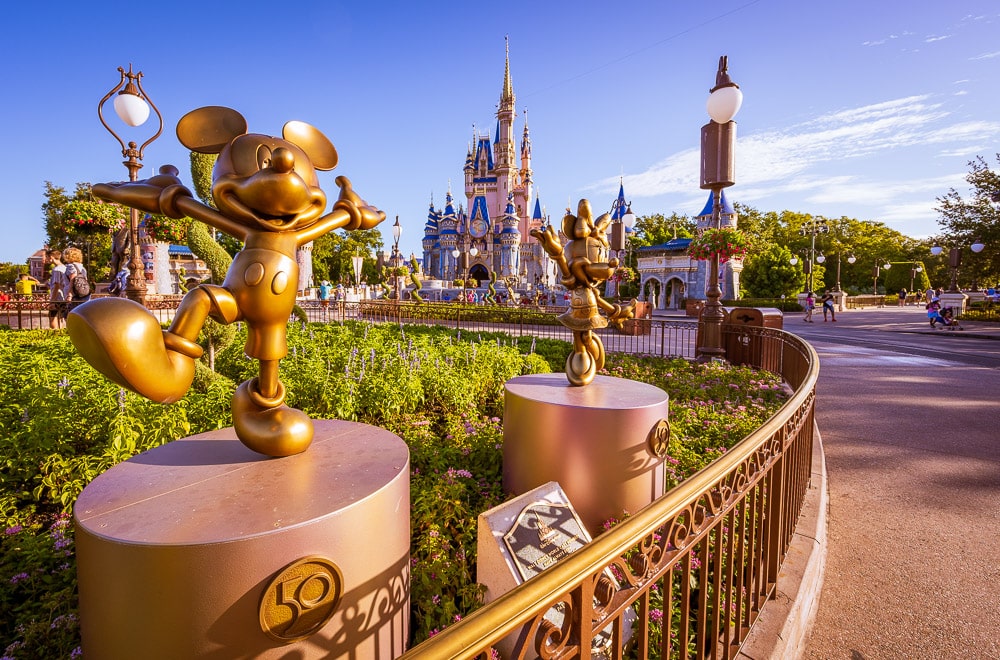 December 19, 2022 Update: There have been a couple of recent sweepstakes for stays in the Cinderella Castle Suite, with one for the general public and another for Cast Members as part of the “Magic Backstage” program. However, there has not been a regular general public giveaway program or any auctions last year or in 2022.

Our hope was that there would be another option for the World’s Most Magical Celebration a la the Year of a Million Dreams. Unfortunately, the Walt Disney World 50th Anniversary celebration has been fairly muted by comparison, an underwhelming event given its historical significance. The good news is that the Disney company’s 100th Anniversary festivities kick off on January 27, 2023–so it’s possible more giveaways will occur then. The bad news is that celebration largely seems centered around Disneyland. Either way, we’ll keep you posted. 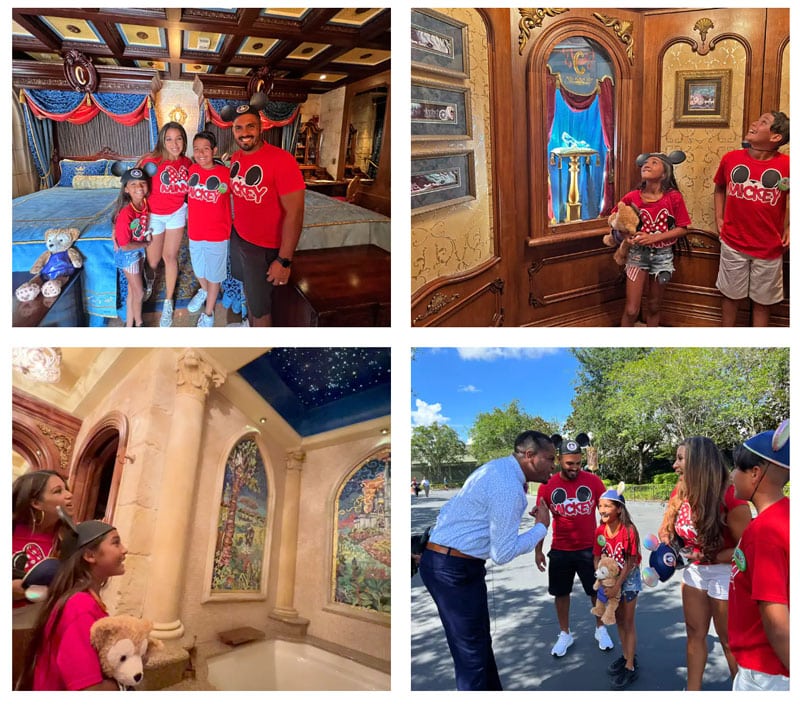 As for the cost of a stay in Cinderella Castle Suite, a stay was previously auctioned off by ESPN during V Week (although not during the 2022 event, which just concluded on December 11). This is part of the Walt Disney Company’s annual fundraising auction with 100% of the proceeds going to the V Foundation.

V Foundation is a charitable organization dedicated to saving lives by helping to find a cure for cancer by generating broad-based support for cancer research and urgent awareness among all Americans of the importance of the war against cancer. (V Foundation has a 94.69 out of 100 on Charity Navigator.)

However, the auction was not just for a single night in Cinderella Castle Suite. It also included a vacation package for three nights and four days at Walt Disney World, including the following:

There are a bunch of other disclaimers, rules, and requirements (including the necessity of pre-qualifying to bid) that can be found in the auction listing. 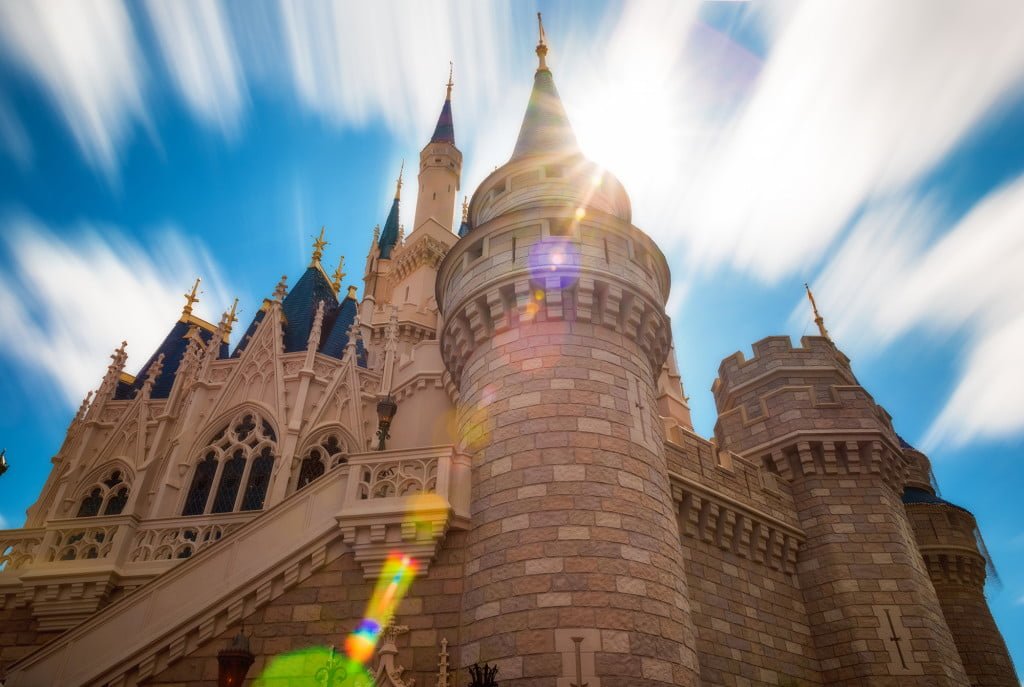 This means that we can take the final winning bid and subtract $10,644 to determine the per night fair market value of a night in Cinderella Castle Suite by itself. 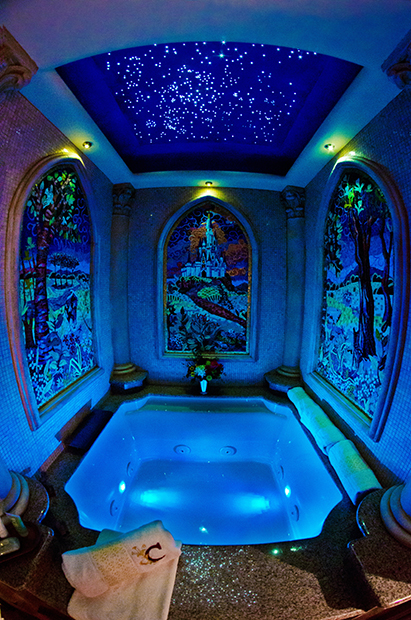 With that said, this ultimately a “for fun” exercise to answer the age old question of “how much is a night in the Cinderella Castle Suite worth?” In actuality, it won’t even be able to provide a definitive answer. For one, this goes to charity, so bidders might be more generous than if the sole beneficiary were Disney. 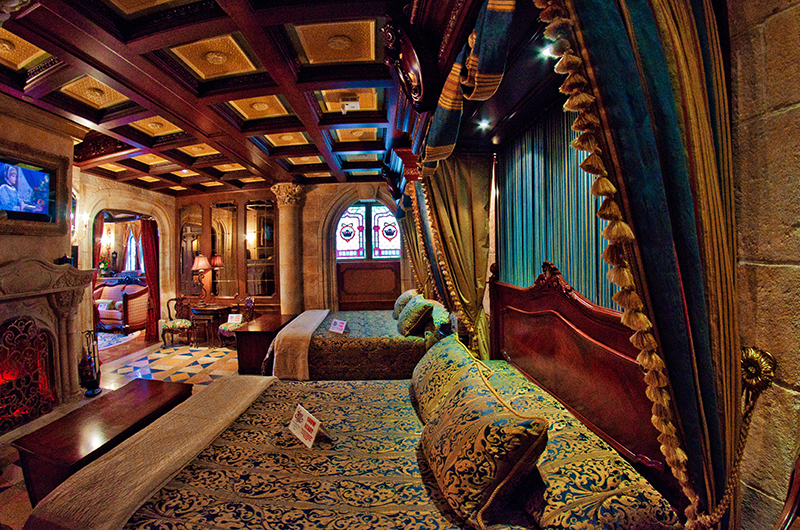 Prior to the auction ending, my prediction was that the winning bid would be $64,499.49.

That’s an obscene amount of money, but there are plenty of incredibly affluent Disney fans willing to blow their money. Of course, if the Lopez brothers and John Stamos catch wind of this, it could result in a six-figures bidding war! 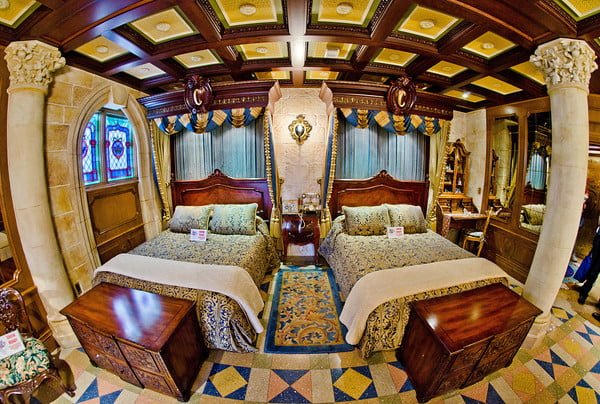 In the end, there were 114 bids placed on the Cinderella Castle Suite auction and the winner paid $75,600 (plus $7.75 for shipping…for some reason). Not too far off from our original guess!

We’re guessing that if a night in the Cinderella Castle Suite were auctioned off every single day, the average price would drop considerably below that…but still likely around $10,000. After all, there are suites at the Grand Floridian and Four Seasons Orlando that fetch nearly that nightly rate! 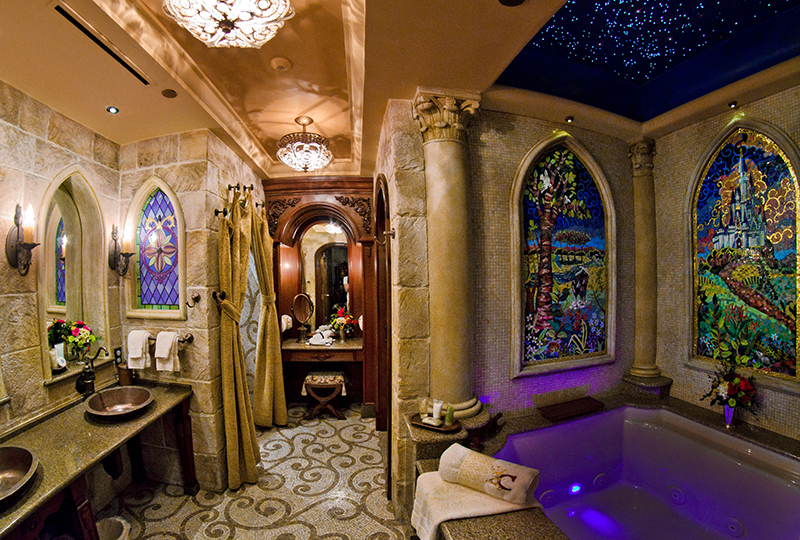 If you want to see more glimpses of the rooms inside the suite, check out our Cinderella Castle Suite Photo Tour post (that bathroom is beyond belief!).

In that, we cover why it’s not realistic for Walt Disney World to use this on a nightly basis for Make a Wish families or even cash bookings. Nevertheless, it feels almost criminal that it just sits empty most nights. 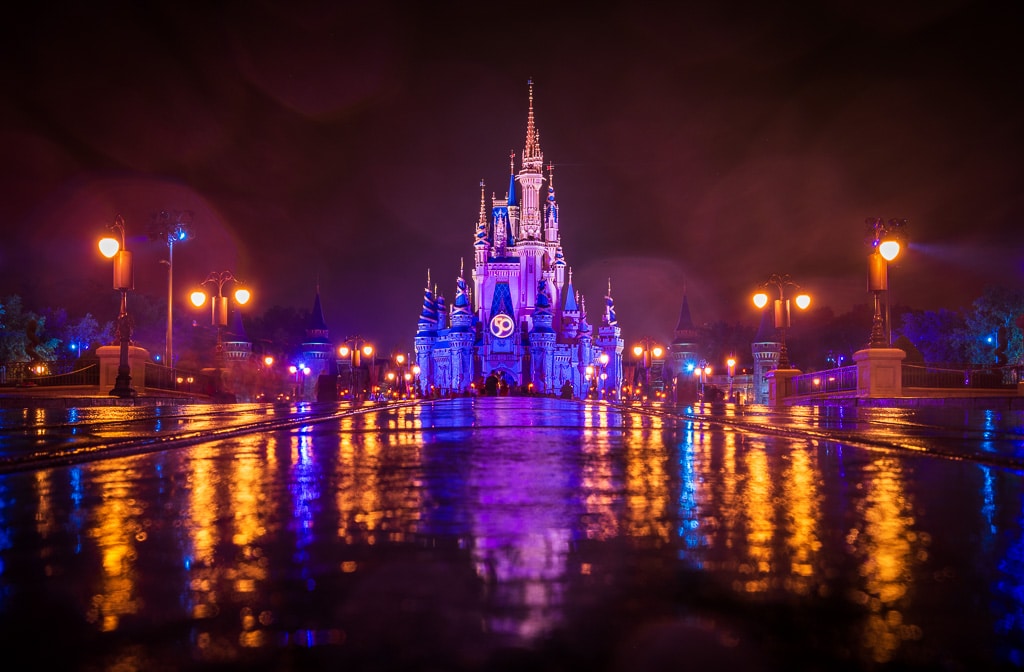 It’d be cool if there were a more egalitarian approach to Walt Disney World offering nights in the Cinderella Castle Suite on a regular basis, such as the random giveaways like during the Year of a Million Dreams. It was always incredibly exciting to see someone who was randomly selected return from their trip and post about it. You couldn’t help but feel happy for the winners, albeit with just a bit of good-natured jealousy.

With the Walt Disney Company’s 100th Anniversary starting in January 2023 and running through 2024, it seems like a golden (or perhaps diamond is more apt?) opportunity to revive the Year of a Million Dreams type giveaway. The Disney Diamond Dreams Jubilee has a certain ring to it. Perhaps add some flourishes for the occasion, and make a big deal of it. Few prizes at Walt Disney World are quite as exciting as a night in the Cinderella Castle Suite!

What would YOU pay to spend a night here (assuming no budgetary limitations)? Do you wish that Walt Disney World bring back random, daily giveaways of the Cinderella Castle Suite? Think it could happen for the company’s 100th Anniversary? Any questions we can help you answer? Hearing your feedback–even when you disagree with us–is both interesting to us and helpful to other readers, so please share your thoughts below in the comments!

70 Responses to “Buying a Night in Cinderella Castle Suite?”