Another D23 Expo is over. Star Wars Land & Toy Story Land were announced. Details for Pandora were released. Shanghai Disneyland was showcased. Many other Disney Parks future plans were unveiled, or at least hinted. The (largely impressive) future film slates for the live action studios of Marvel, Lucasfilm, and Disney were shown, with appearances by many prolific actors. Pixar and the Walt Disney Animation Studios showed off what looks like another impressive (albeit sequel-heavy) run. Disney Interactive discussed future plans and its further evolution.

While there was a lot to hear in those other panels, since this is primarily a Disney Parks fan-blog, let’s take a closer look at the announcements for Walt Disney World and Disneyland. First, it was a pretty big deal when Star Wars Land was announced for Walt Disney World & Disneyland by Bob Iger at the end of the Star Wars live action panel. We have all of the details in that blog post, but it’s really exciting that there’s both a short term and long term plan. Then, in the Parks & Resorts panel, Toy Story Land was announced for Walt Disney World. As the comments in that post bear out, this was a more divisive announcement. After giving it more thought, I’m slightly more optimistic, but my overall stance remains more or less “necessary evil.” 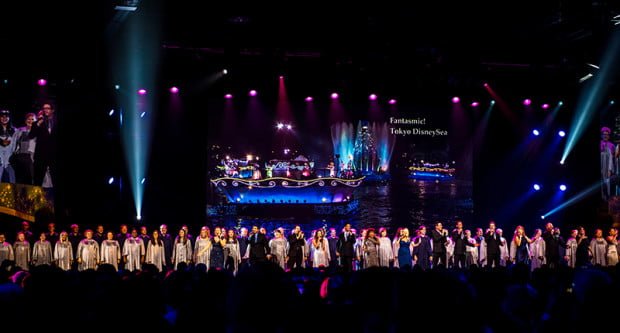 In this panel, Soarin’ Over the World, Iron Man Experience (in a really awkward segment), Shanghai Disneyland, and other vague plans for the international parks were also discussed. It was probably the best Parks & Resorts panel yet, and I felt like there was a palpable energy in the audience. It’s going to be fun watching all of these announcements take shape over the next several years, and I feel like we fans are going to be like kids on Christmas Eve for a while (Do I smell a blockbuster sequel to Groundhog Day?!) The panel ended with a cast choir singing an excellent medley of parks’ songs, which was icing on the cake. 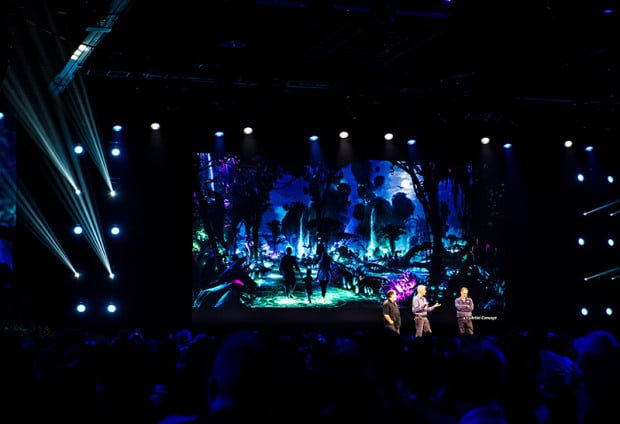 Then, on the show floor, Parks & Resorts was represented with a two-part booth: one featuring new details about Pandora — World of Avatar at Animal Kingdom and the other really giving a closer look to the Shanghai Disneyland project. Suffice to say, I cannot wait to see Shanghai Disneyland.

That’s it for the main Disney Parks stuff, and overall I felt it was a solid showing, especially after the lack of announcements at the last D23 Expo. Not all of the predictions in my recent Disney news & rumor posts were announced, but that doesn’t mean those rumors are dead, either. 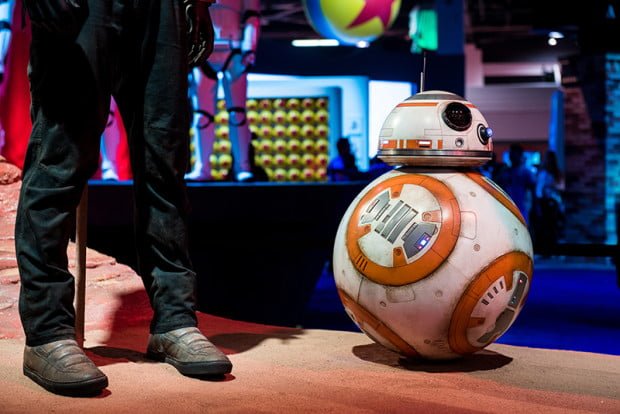 Beyond that, the Expo Floor provided a hands-on look at things in some really well-done and elaborate booths, while also giving third parties a chance to show what they are doing with Disney. Smaller sessions from the Archives, Walt Disney Imagineering, and Animation–just to name a few–delved into more granular topics, both past and future. This was the 2015 D23 Expo in its broadest terms. 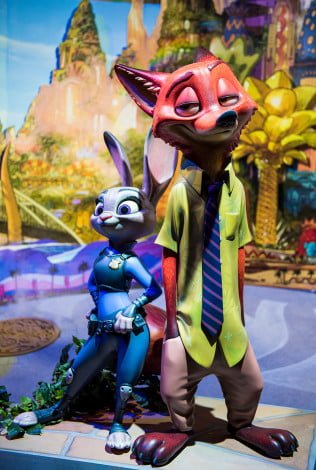 In reflecting upon the 2015 D23 Expo, more specifically, I think it’s important to take a look at both the good and bad. If you go by just the sheer amount of content, announcements, and confirmed rumors, I think it’s pretty easy to view this year’s D23 Expo as an unmitigated success. The floor show was arguably the best it has ever been in terms of variety and booths that were really worth visiting.

For theme park fans, these booths were anchored by ‘Disneyland: The Exhibit’ (we featured a lot of photos of this booth in our D23 Expo Live Updates post) and the Parks & Resorts booths. From my perspective, these were the two best booths, but I was also impressed by Disney Interactive and Consumer Products. (I cannot wait to get my hands on some of those The Good Dinosaur prototype toys they had…30 isn’t too old to play with dinosaur toys, right? Asking for a friend.) 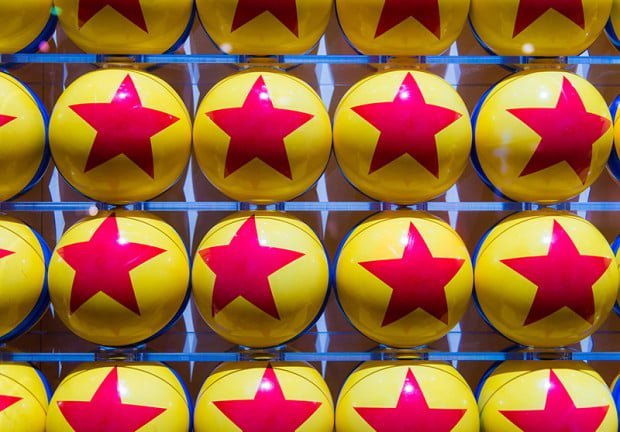 One disappointment on this front was that there was no Imagineering booth that covered some of the interesting behind the scenes stuff, but clearly WDI’s presence was at the Parks & Resorts booth, so no major complaints there. I’d also love to see a more imaginative Pixar booth; these folks are some of the smartest people on the planet, and lifting the curtain on the creative process or any kind of analytical look at what they do would be excellent. Largely, though, the Expo Floor was solid, and a place you could spend a full day just wandering. 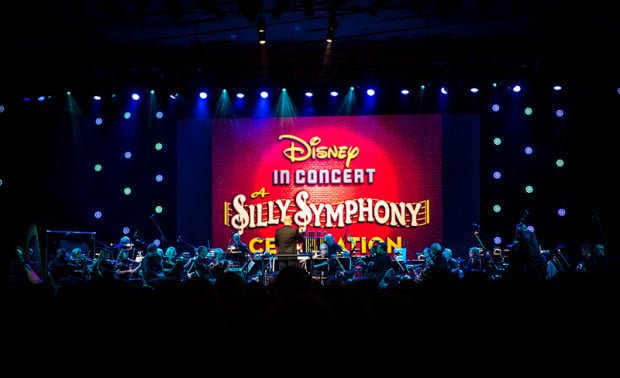 The panels and sessions were also largely good, and offering a great deal of variety. As someone who focuses primarily on theme parks, the ones put on by the Archives and Imagineering are go-to stops for me. I was pleased to see variety in these, and not simply the same people saying the same things as at previous D23 events.

Beyond these, I was blown away by the Silly Symphony Concert and The Muppets panel, which were two of the highlights of the Expo for me. My personal favorite session was Disneyland Home Movies, as the footage they found for that was unique and impressive. 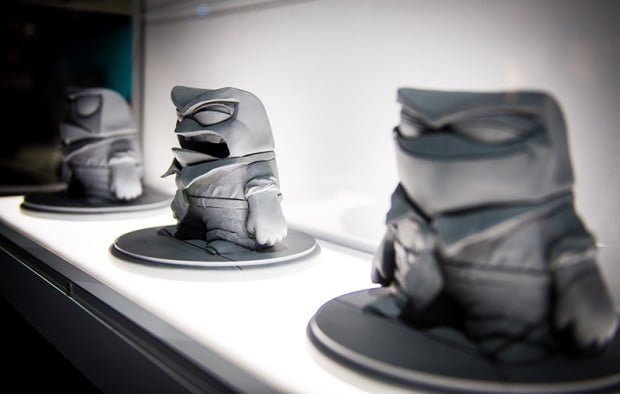 Then there’s the bad and ugly. Crowd control and communication…or the utter lack thereof. This is something Disney normally does really well, but when D23 is involved, all bets are off. I’ve been to 8 D23 events of varying size, and at every single one, crowd control was poor at best and abysmal at worst.

The retort I’ve heard with regard to the D23 Expo is that this is how all large conventions are. That is absolutely not true. 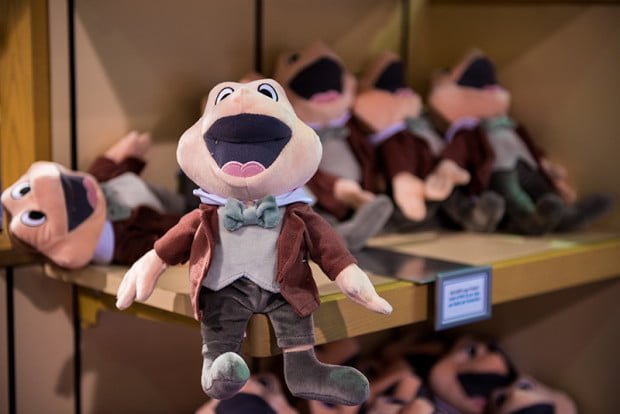 It is true that large conventions like Comic Con and Gen Con draw large crowds, and often have long waits. Heck, even lines to purchase merchandise can measure in hours. That’s the nature of the beast. What differentiates those conventions from this is that the D23 Expo is like “Clue: Convention Edition.” Try to figure out which line goes where or what the protocol is for this or that, and it’s a veritable whodunit, with each staff person having nuggets of (conflicting) information that ultimately might lead you to the right answer.

Here’s an snapshot of the chaos: ten thousand-plus guests line up to enter the Anaheim Convention Center each morning, and on hand at the door there are 4 staffers who start attempting to scan temperamental QR codes on attendee badges about 30 minutes before the morning panels start.

There are a few things wrong with this picture: 1) 4 staffers for 10,000+ guests?!; 2) why scan a QR code at all? Use more efficient tech (a la other large conventions) to verify guests and get them inside quicker; and, 3) why start a process that is known to take 2+ hours only 30 minutes before the panels start for the day? 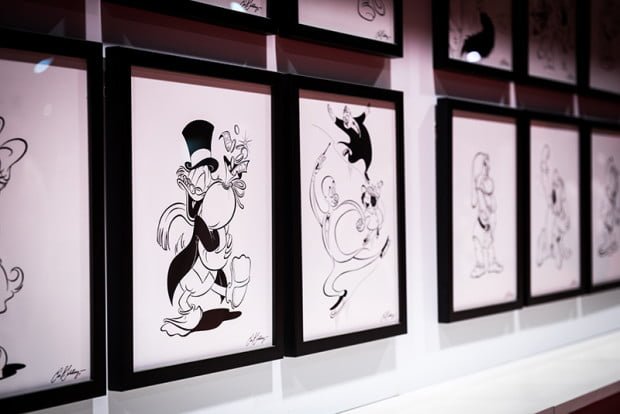 This is the most frustrating aspect of the day at the D23 Expo, and it is a recurring problem about which attendees complain, and D23 never fixes. It’s just one of several crowd control and communication issues, but certainly the most frustrating. My assumption is that D23 looks back at how many tickets were sold and how much money was made, and judges success or failure on those grounds only. Disney, you’re better than this.

At this point, it’s one of those things I’ve come to accept as inherent in any D23 event. I certainly don’t like it, and will complain about it every time because these are fixable problems, but I enjoy the content of the D23 events so much that I’m willing to tolerate these recurrent, frustrating issues. 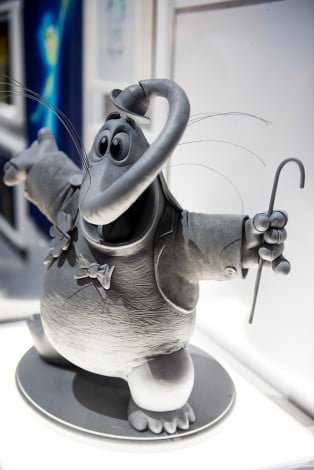 For those looking ahead to the 2017 D23 Expo, a question I’ve been asked a lot is whether I recommend going. My answer, as with just about anything, is “it depends.” If you’re planning your first family trip to Disneyland and only have a week to spend in California, absolutely no way. If you’re a single dude or gal living in Utah, wanting to meet some internet friends in real life, absolutely.

If D23 and Disney have demonstrated anything with these Expos, it’s that they do not learn from their mistakes. Because of that, I would not go if any of the above issues are things that would ruin your day. Do not go with the optimistic (and misguided) notion that “things will be better this time.” Do not go if you are not able to handle long lines. Do not go if you have small children that won’t be able to handle long lines.

Meeting internet friends and seeing a diverse and interesting mix of what’s going on with The Walt Disney Company is why I go to the D23 Expo, and why I love it, warts and all. Irrespective of those issues, I had an absolute blast at this year’s Expo, and I hope my words above do not scare you away from going. I stayed until the bitter end last night, and had a feeling of sadness that I’d have to wait 2 years to do it again as things wound down. 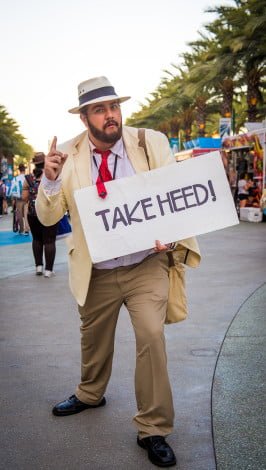 Rather, my words above are, in the infinite wisdom of Sallah, so that you “take heed.” The Expo definitely isn’t for everyone, but if you think it might be for you, you should go in with appropriate expectations and a relaxed attitude. Don’t simply look at the schedule and think you’ll be skipping from panel to panel without a care in the world while effortlessly scoring swag from vendors who want to hype you up on their products. You will see a lot of panels and score some swag, but you will also wait in lines (lots of them), while becoming frustrated by the utter confusion of the event. If you’re fully prepared and know what you’re getting yourself into, it can be a ton of fun, and an enjoyable way to kick off a Disneyland vacation. 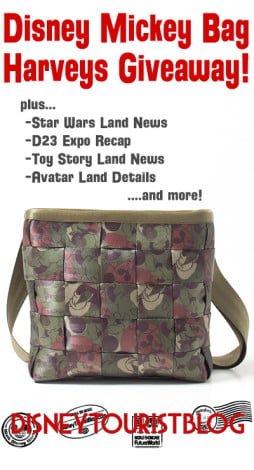 This is another giveaway sponsored by Harveys, and provides you with a chance to win their Disney Mini Messenger / Forest Mickey bag. Harveys has a huge line of Disney bags, which you can check out here.

As one of the foremost authorities on messenger bag fashions, I’d have to say that…yep, this is a messenger bag! Actually, I know nothing about messenger bags. I do know this particular one is camo print, so if you’re trying on your invisibility cloak, a bag like this is a must. I also know that Harveys is a trendy brand with some cool styles…because Sarah told me so.

Anyway, on with the giveaway…

What do you think of the D23 Expo announcements? If you attended the Expo, what did you think of the experience? Are you thinking of attending in the future? If you have other ideas, questions, or thoughts, please share in the comments!