Monet. Warhol. Van Gogh. Seurat. Here at the Disney Tourist Blog fine art gallery, we’ve commissioned some of the world’s all-time greatest artists to present their takes on some popular Disney subjects. That’s not exactly true, but thanks to some computer wizardry, I’ve created some samples of what these greats might produced had they ever lent their signature styles to subjects of Disney. The work that these artistic visionaries actually would have produced would likely far surpass anything you see here, but it’s still fun to dream and present a few Disney-tributes to these artists. 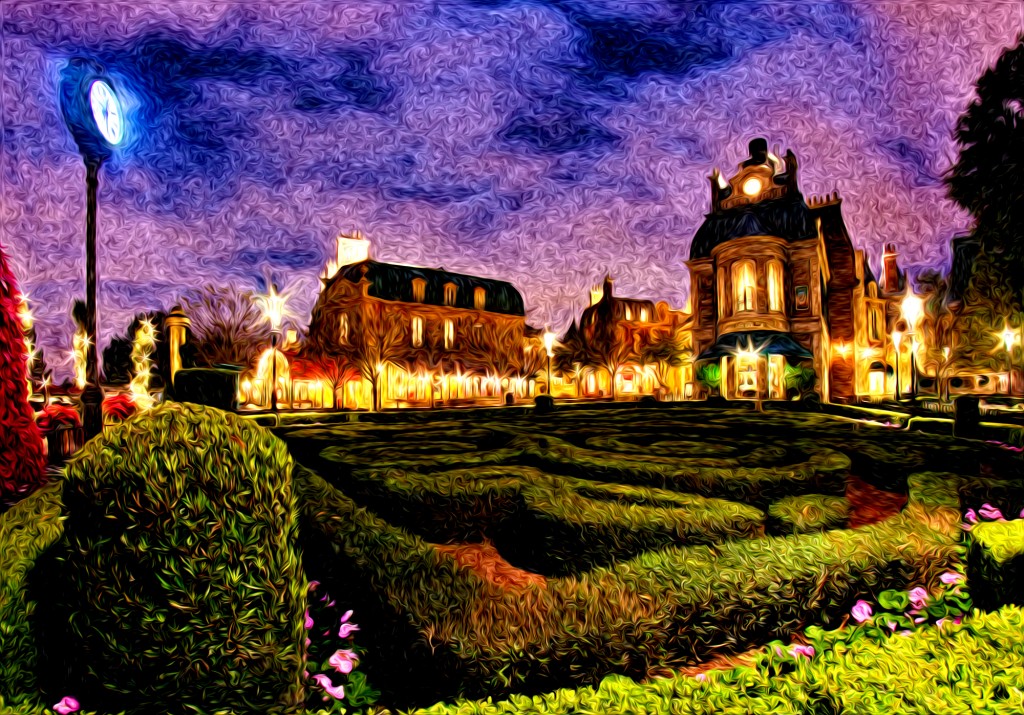 We’ll start with one of my favorite painters, Claude Monet. Monet was a French painter at the head of the Impressionalist movement (in fact, he coined the term!). Monet painted his impressions and perceptions of nature in through open-air landscapes. These frequently took the form of scenes from France, so I thought the France Pavilion at Epcot made the perfect subject. Although most of Monet’s work featured bright-skies, beautiful flowers, or waterlilies, he sometimes painted rich night-scapes, too. 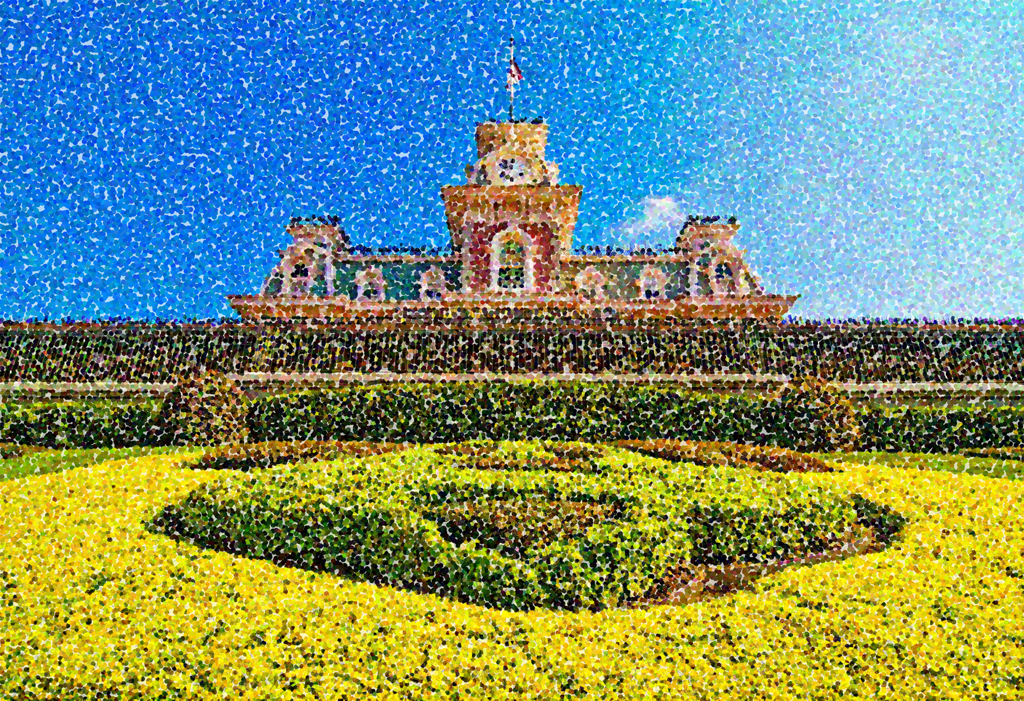 Georges Seurat was a French Post-Impressionist painter best known for his Pointillism creations. Many of Seurat’s paintings featured members of high society, but careful attention was always paid to the landscapes these people occupied. It thus seemed appropriate for the subject of Seurat’s tribute to focus on the stately Main Street, USA Train Station and the bed of flowers marking its location. 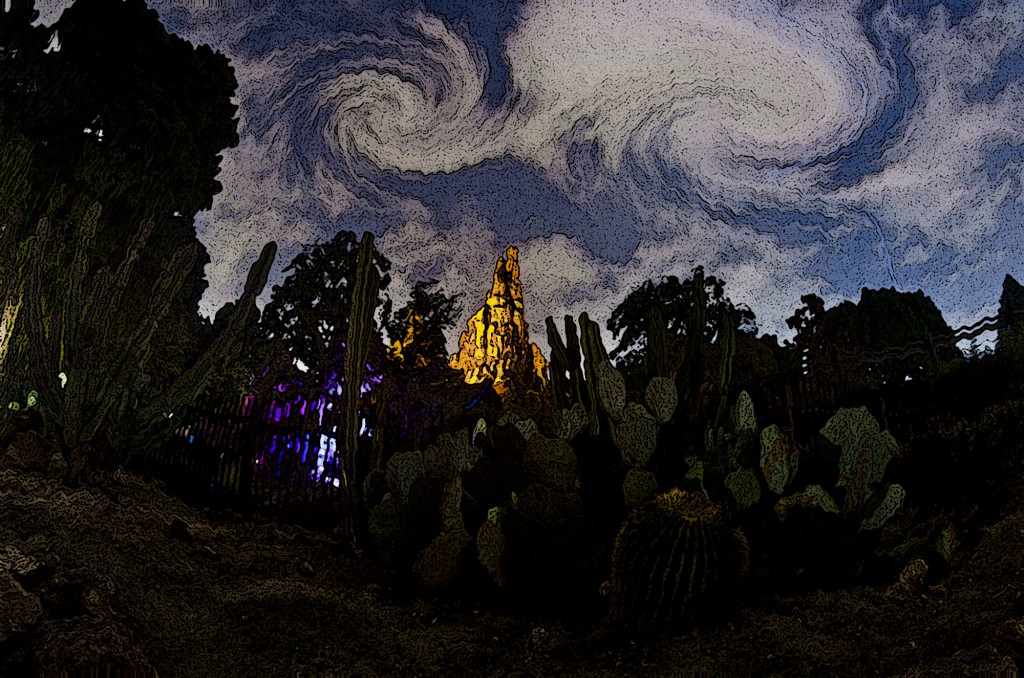 Another Post-Impressionist, Vincent van Gogh was a Dutch-born painter whose work juxtaposed sometimes dark scenes with rich color and his exaggerated impressions. This creation of Big Thunder Mountain Railroad, with the peak of the mountain against the rolling clouds of the starry California sky, draws inspiration from van Gogh’s famous Starry Night. 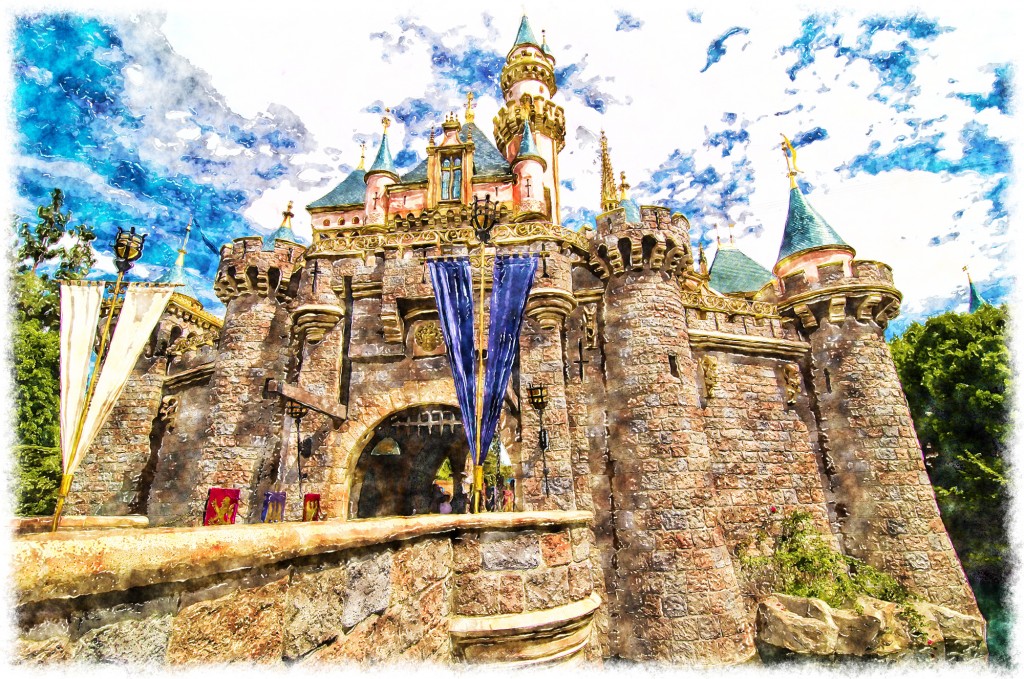 Thomas Gainsborough was a 1700s English portrait and landscape artist who frequently painted in watercolor. Although his stated preference was to paint landscapes, most of his more famous works are portraits of high society and the royal family. Given these two things, it seemed fitting to feature a tribute of him that is a landscape of Disneyland’s royal castle. 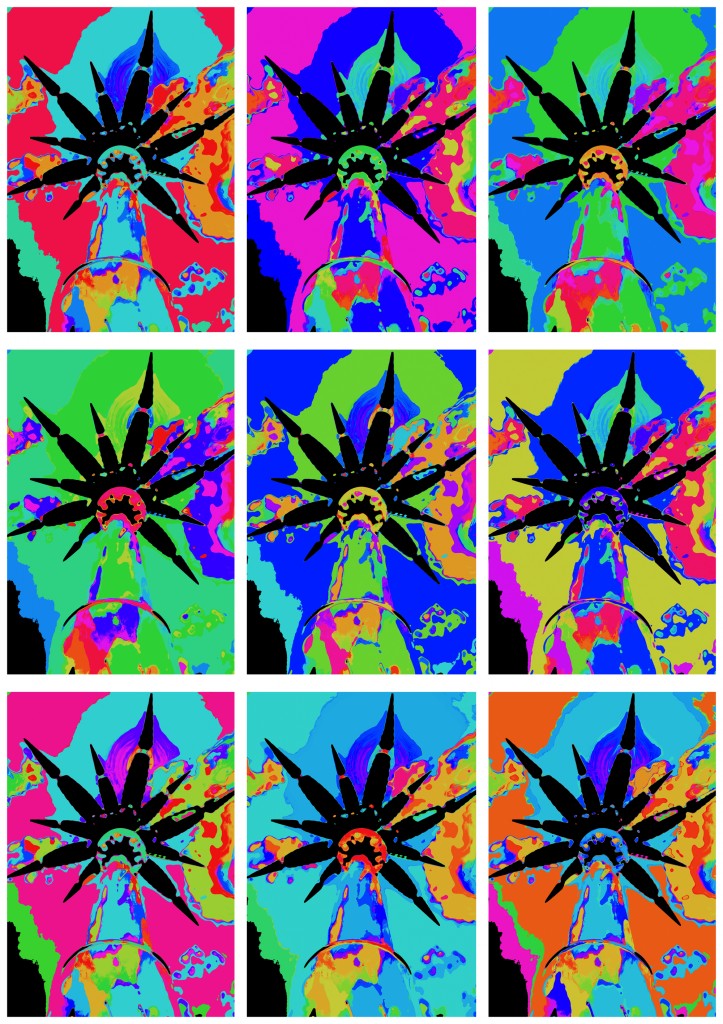 From Campbell’s Soup to Marilyn Monroe, Andy Warhol is famous for his edgy pop art that examined the commercialism of his era. Despite his most well known works involving bright colors and repetition, Warhol was actually a quite versatile artist, doing work in film-making, traditional commercial art, and socially-divisive avant-garde work. Here are the palms of Tomorrowland in Warhol’s most well-known style. 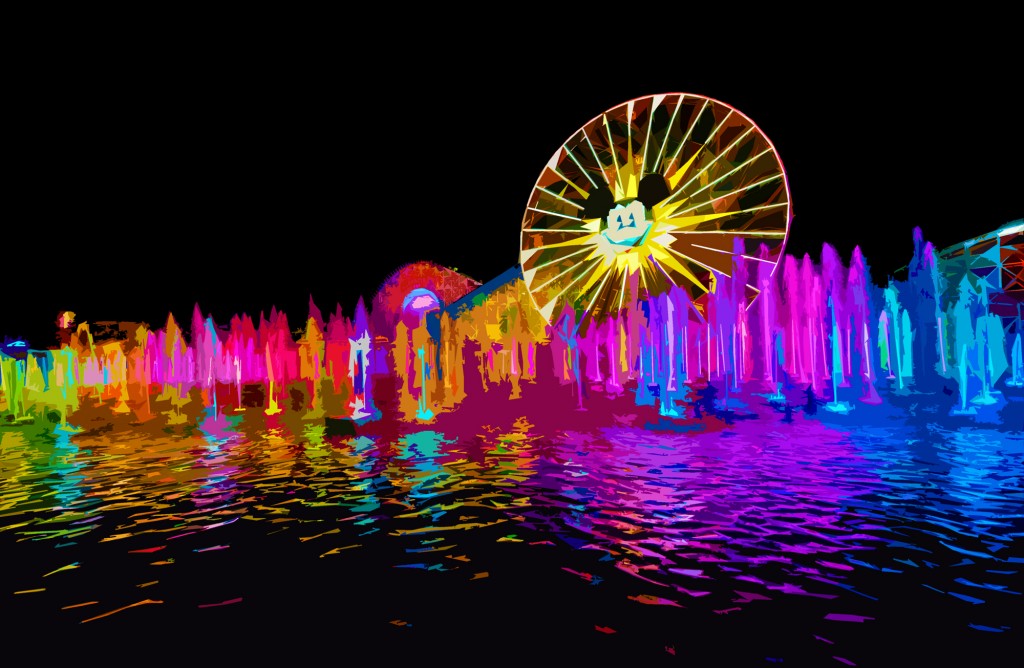 Winslow Homer was an American artist and illustrator best known for his illustrations and water-color paintings of marine scenes. Some of his paintings were done in a wide-brushstroke style. This World of Color creation combines water and a large-daub style to create something reminiscent of his work.

The Artists of Tron Legacy 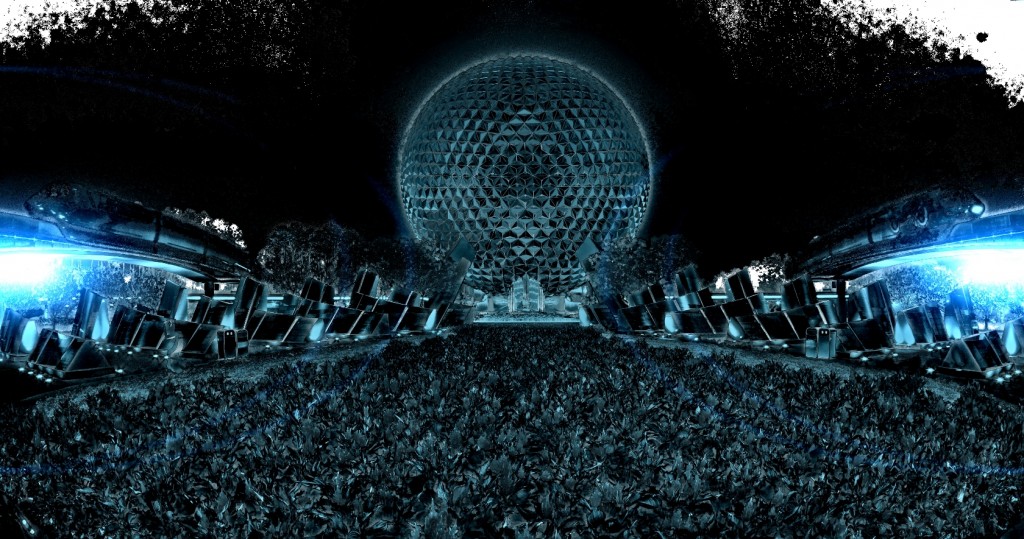 Quality of the actual film notwithstanding, David Levy and the artists behind Tron: Legacy used a very distinctive style of fluorescent and intricate CG renderings to create the world of Tron. Although the art design was beautiful and these men are incredibly talented, I wouldn’t put them in the same league as the above artists (no offense meant towards the exceptional Tron artists). Still, it’s fun to include some actual contemporary Disney on the list. The subject here was a no-brainer, as two light-cycle monorails race around Spaceship Earth presents something (seemingly) straight out of Tron.

Obviously not all of these tributes are completely faithful to the styles of the various artists, but I thought this was a neat tribute. If enough of you like it, I might try to cover Picasso, Escher, and a few others in a future installment. What do you think? What other artists would you like to see?

9 Responses to “Famous Artists Do Disney?!”