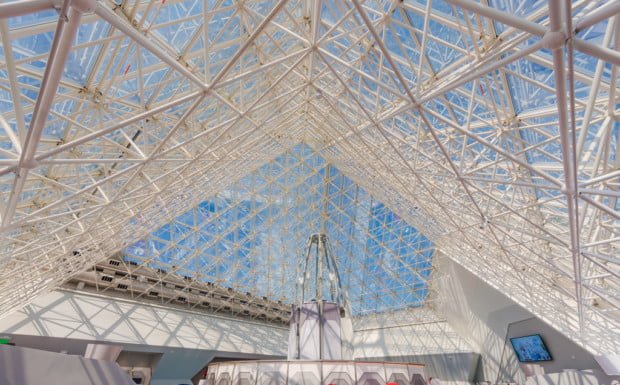 Disney Vacation Club has a new member lounge in the Imagination pavilion at Epcot, located upstairs in the former home of ImageWorks. This post will start with our thoughts on the new lounge, followed by some nostalgia for upstairs ImageWorks, and will conclude with me digging into the Idea Bag and asking for your help with a new series of posts.

Alright, let’s start with details on the new Disney Vacation Club Member Lounge. It’s located in the Imagination pavilion, and accessible via the gift shop at the end of the attraction (you can enter through a separate door on the left side of the building…you don’t have to ride the attraction). Almost immediately inside the door, there’s a podium with a kiosk where a Disney Vacation Club rep will ask to see your membership card and photo ID, and then allow the member (plus up to 5 guests) upstairs.

The lounge is open daily from 10:00 a.m. until 6:00 p.m., and on our first day at Walt Disney World we “rope dropped” the lounge to be the first guests up there. You could say that we’re really dorky, but part of that was being in desperate need of a caffeine fix after taking the red-eye in to Orlando and going straight to Epcot that morning. I’m looking forward to revisiting during the winter when the 6 p.m. closing is around sunset.

Once upstairs, the open space occupies a portion of the old ImageWorks, with new walls cutting off a large chunk of the old area. The DVC Member Lounge sports new carpeting, furniture, and a fresh coat of paint. The lounge itself has a pleasant retro-modern style, but is nothing particularly noteworthy. 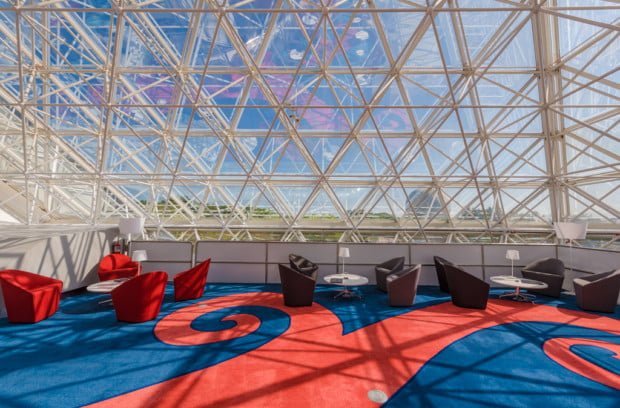 The highlight of the lounge is the view overlooking Future World, and really just the feeling of being up there in that beautiful sun-soaked area.

I’m not really sure how well photos can convey this, but it’s a beautiful space that anyone will enjoy (which is why it was a shame it closed in the first place). Old school EPCOT Center fans, especially, are sure to go nuts as they’re hit by a wave of memories. 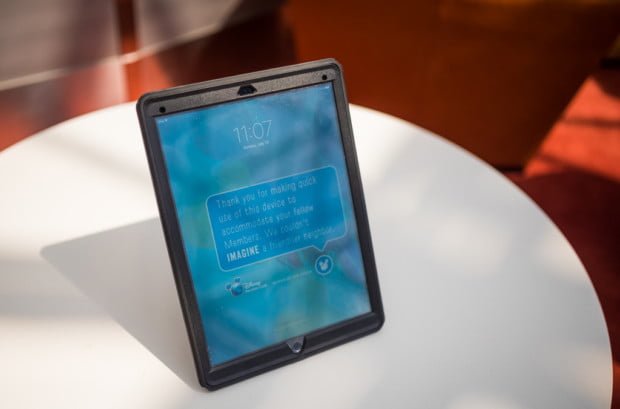 There’s also a play area for children where they can play Disney Infinity or watch Disney animated shorts. 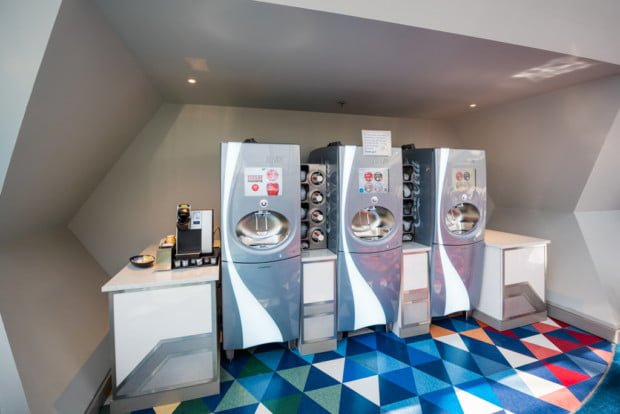 Other big pluses are Coke Freestyle machines, a Kuerig, and snack cart. 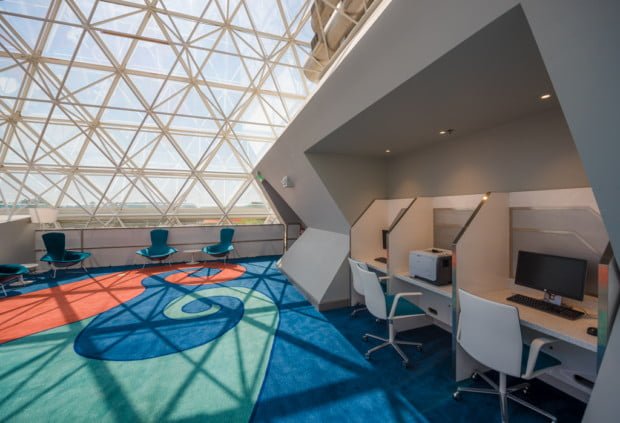 We actually made a couple trips to the lounge each day we were in Epcot to avoid having to buy coffee from Starbucks, so not only is it a great spot to decompress, but it saved us ~$15 per day! 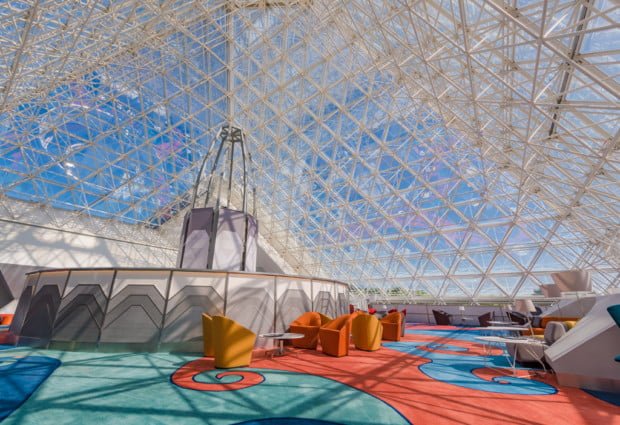 All things considered, for Disney Vacation Club Members, the Imagination Lounge is a really nice perk. It’s not some huge thing that’s going to push someone over the edge to purchase DVC (probably not, at least?) but it shows that they care about existing members, and not just selling more points.

These little touches, cumulatively, are what helped woo a lot of us to become DVC members in the first place, so collectively I think they do make a difference. Our member satisfaction increased dramatically this trip as a direct result of this lounge, the Typhoon Lagoon Beach Bash, and our interactions with DVC guides at the events. (So…it’s working?) 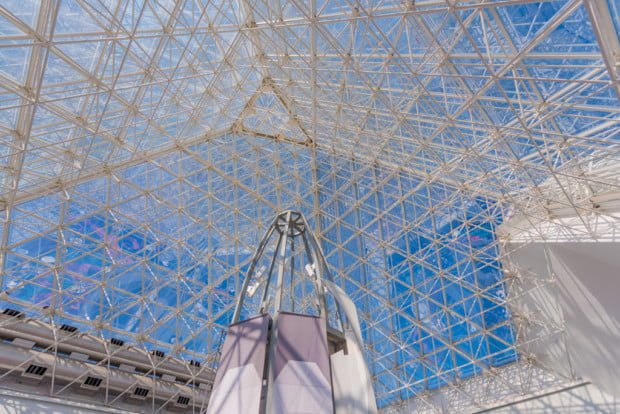 My one big complaint here is that they play some new age music instead of the classic Journey into Imagination music loop (which is still played downstairs in the restrooms). Given Disney’s propensity for making small nods to the past, I was partially expecting this loop to be played, and it would have been a small touch that would’ve gone a long way.

C’mon, DVC, throw us fans a bone! Even without that, it was a great experience to be back up there. Longtime readers of the blog might recall a few years ago, when I had the chance to journey up into the old ImageWorks, and what an emotional experience that was.

In many ways, our first trip up here prompted similar feelings of nostalgia, joy, and even a bit of sorrow. It was bittersweet: I was happy that this area was open again in any capacity, but sad that it weren’t in a way that could be enjoyed by all guests, and as ImageWorks, once again. 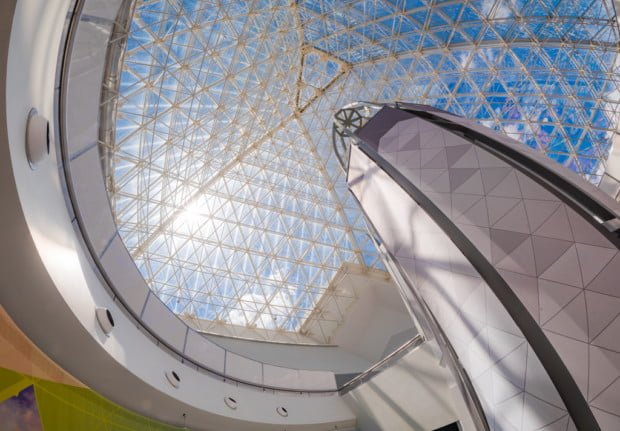 I still hold out hope that one day Journey into Imagination (and this whole pavilion) will be returned to its former glory, and we were one icy flop away from that happening a few years ago. Now, it seems Epcot once again has other priorities, but I suspect we will still a see work done to Imagination before Epcot’s 40th Anniversary.

Whether that future includes Figment probably remains to be seen, and likely depends upon the continuing guest reaction and sentiment towards Figment… 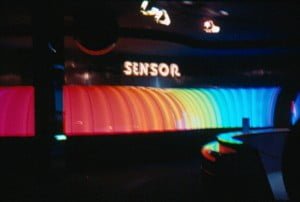 After our visits to the DVC Member Lounge, one thing that surprised me when discussing it with people is that very few remember the old ImageWorks. Given that the original closed back in the late 90s, nearly 2 decades ago at this point, that shouldn’t come as too much of a surprise.

It was still a sobering reminder of how Figment (the one-time mascot of EPCOT Center) has been neglected since, all the while Elsa and Groot receive attention in Epcot.

Have you been up to the new Disney Vacation Club Lounge? What did you think of it? Did it bring back memories (if you have them) of the old ImageWorks? Are you ready to join the crusade for greater Figment awareness? Share any questions, tips, or additional thoughts you have in the comments!