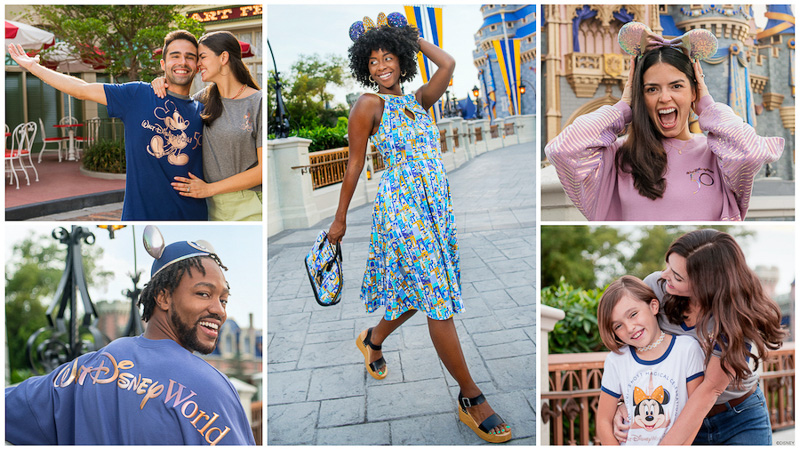 Before we get started, I need to eat some crow. Earlier this spring, I expressed mild concerns that the anniversary aesthetic would revolve around the EARidescent color trend. At the time, I said anniversaries are inherently nostalgic, which is at odds with trendiness: “It’s hard to imagine there being significant overlap between the guests who care about anniversaries and color trends. It’s possible to embrace nostalgia and fads simultaneously–Disneyland does exactly this expertly, but they don’t combine the two contrary concepts.”

That continued: “Ultimately, I’m still overwhelmingly excited and optimistic about Walt Disney World’s 50th Anniversary. I still think we’re likely getting announcements about limited engagement entertainment and more of substance. I’m even hopeful that we’ll get great retro-inspired merchandise a la Walt Disney World’s 40th Anniversary.” Well, since then the company has announced the Disney Enchantment nighttime spectacular for Magic Kingdom, plus other entertainment. Today, Walt Disney World is announcing several new lines of merchandise, including the Vault Collection of retro-themed designs. Check and CHECK!

Debuting throughout October and November 2021, Walt Disney World’s 50th Anniversary collections offer something for everyone, from fun and creative celebration-themed items to an entire line of products inspired by Cinderella Castle. There are also throwback and retro-themed pieces and even a shimmering collection of fashion and accessories inspired by the EARidescent decor that will be a hallmark of the celebration.

Here’s an overview of each merchandise collection… 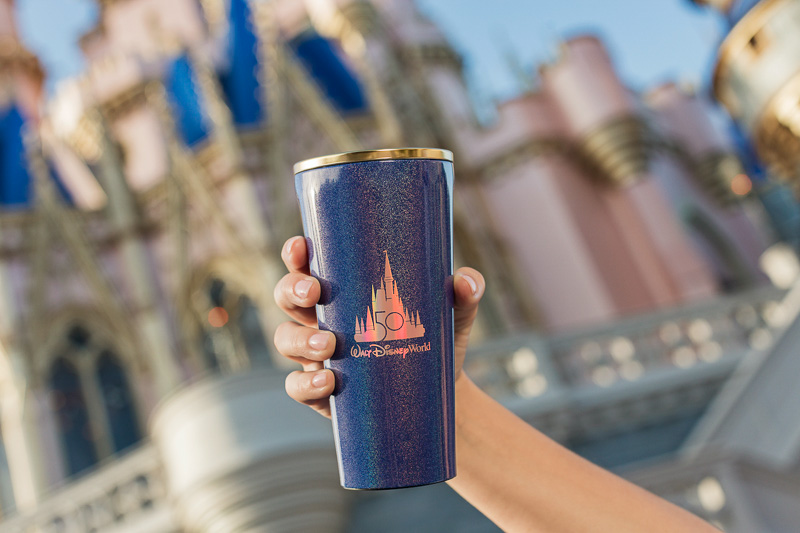 A special pre-celebration line of products will be available beginning August 12, 2021. 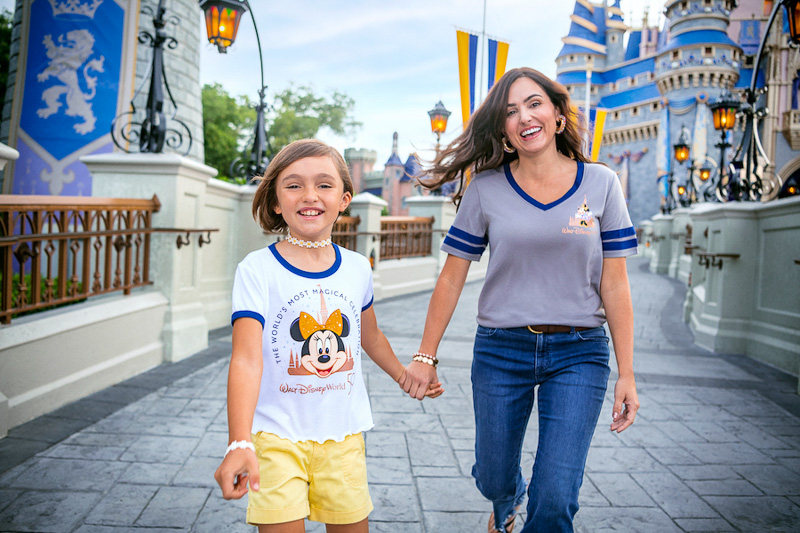 The Celebration Collection will include a wide-ranging assortment of commemorative merchandise for the whole family. 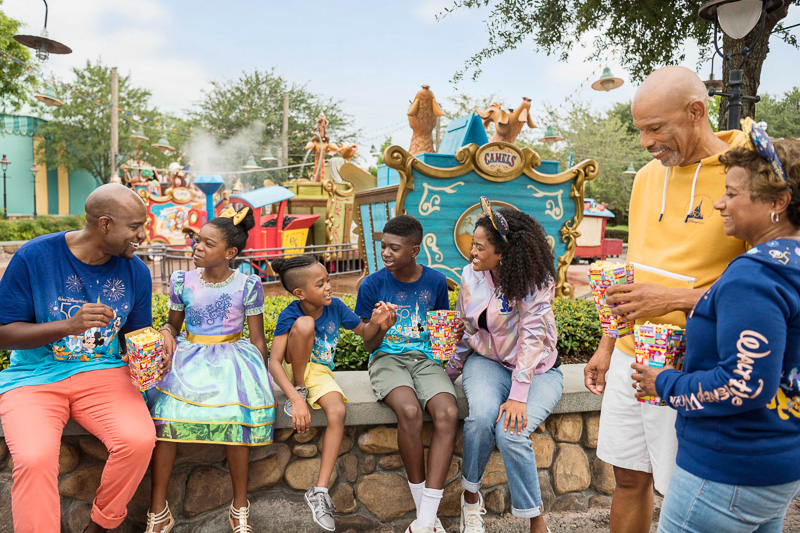 Drawing inspiration from the iconic Cinderella Castle in Magic Kingdom Park, the Disney Castle Collection will feature everything from collectibles to castle-inspired attire.

This includes ornaments, charms, a light-up, 50th anniversary-edition Minnie Mouse ear headband, and much more. Items in the collection are inspired by the castle’s royal, EARidescent makeover created just for the celebration. 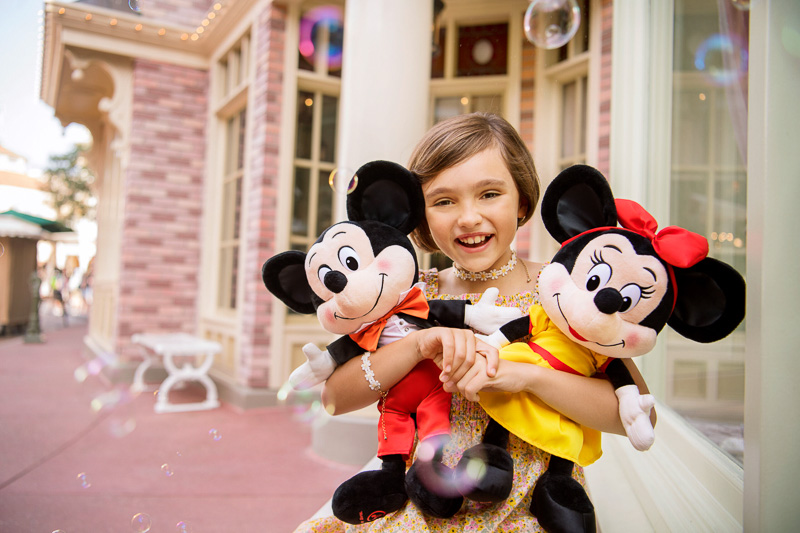 Disney fans and those who love all things vintage will be eager to unlock the Vault Collection, paying tribute to 50 years of Walt Disney World magic with an assortment of retro-themed designs right out of the Walt Disney Archives.

In line with celebratory EARidescent décor coming to Walt Disney World during the 50th anniversary celebration, the EARidescent Collection will feature a shimmering array of themed fashions and accessories.

The latest color collection, which will debut in late October, is themed to match the EARidescent celebration and features everything from a mini-backpack by Loungefly and a Spirit Jersey to a set of sparkling Minnie ears. 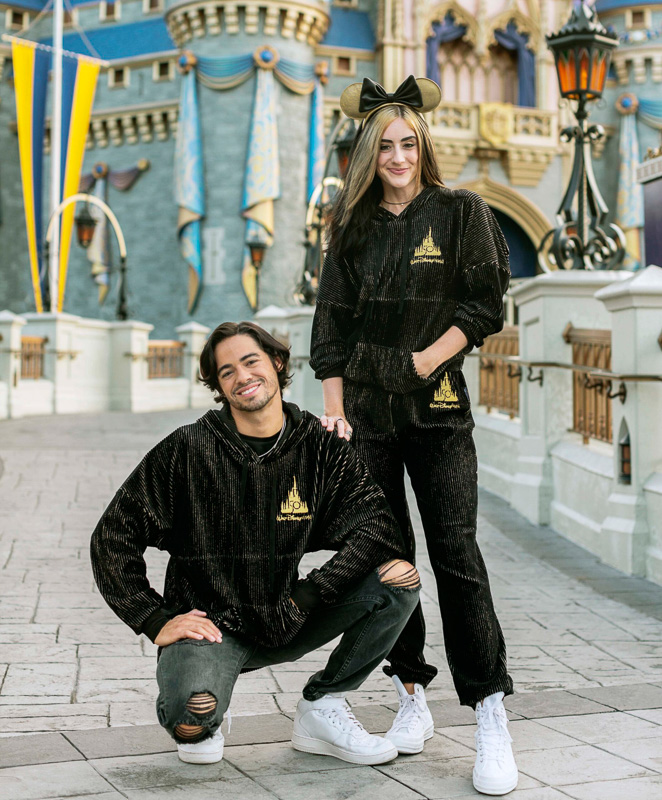 On the horizon is the the Luxe Logo Collection that will make its debut in November. As the name implies, this collection will offer a range of upscale pieces for the Disney collector. Details will be revealed closer to its release date in November.

All collections will be available at all four Walt Disney World theme parks and Disney Springs. Certain items will also be available at select Disney Resort hotels and on shopDisney.com. 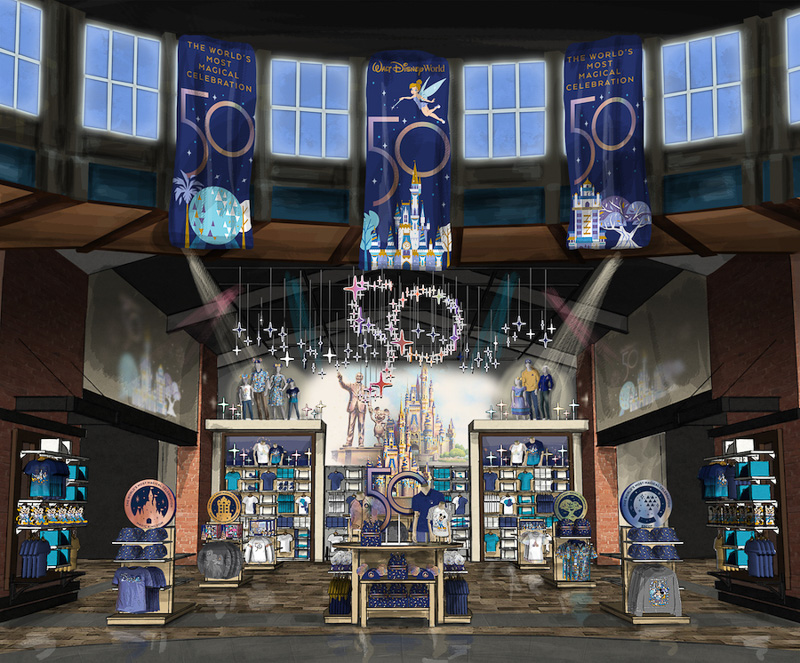 Additionally, there will be one-of-a-kind retail displays that will highlight Walt Disney World’s 50th Anniversary in the merchandise shopping experience.

The displays will pop up at select merchandise locations across Walt Disney World, including World of Disney at Disney Springs. The rendering pictured above was envisioned by merchandise Cast Members Eric Rachaphoumy and Paul Seus.

Here are a ton of other photos of the merchandise coming for Walt Disney World’s 50th Anniversary, followed by more of my commentary: 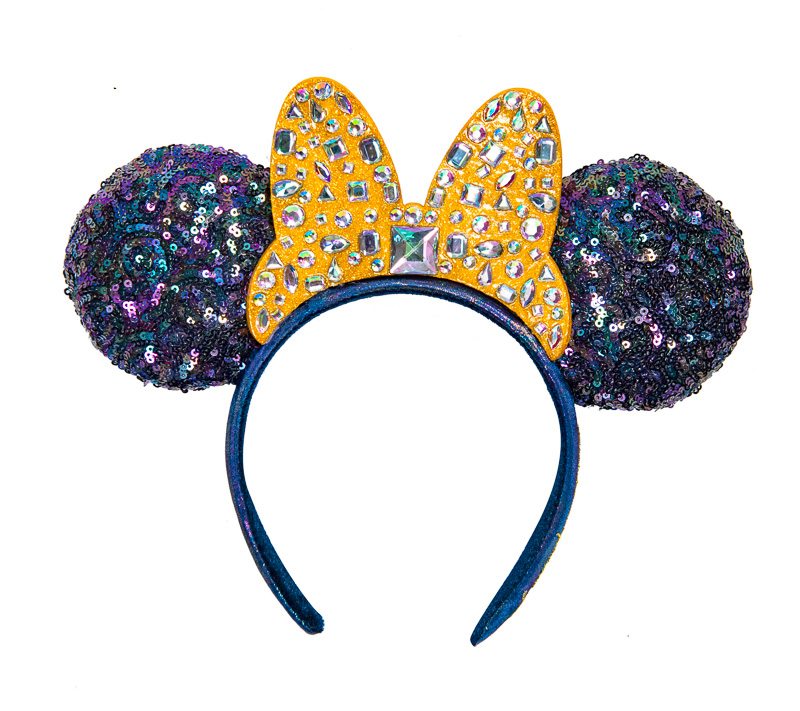 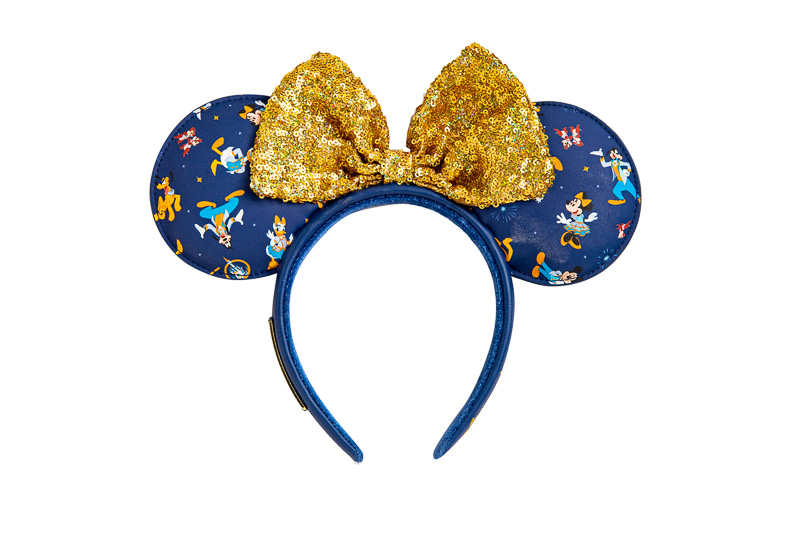 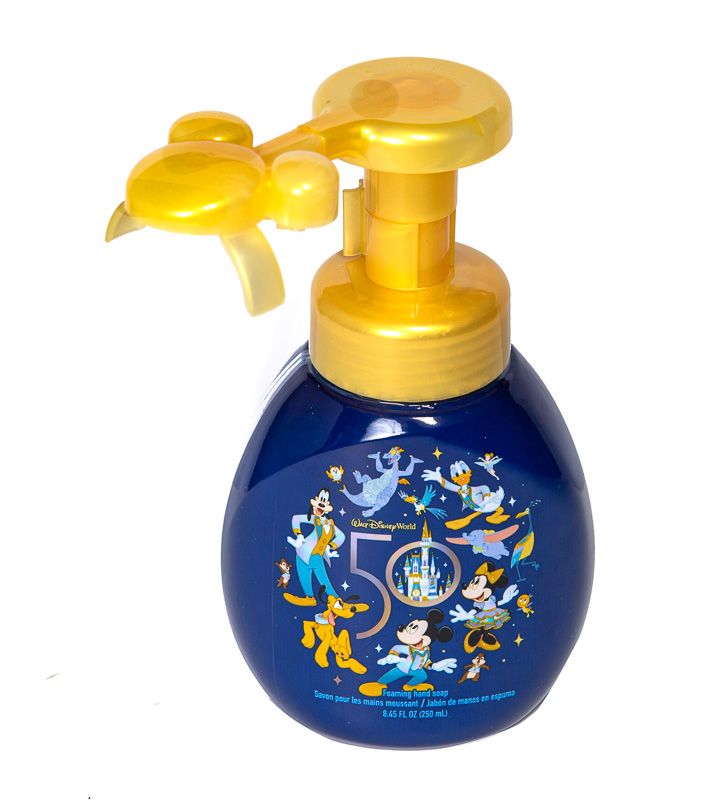 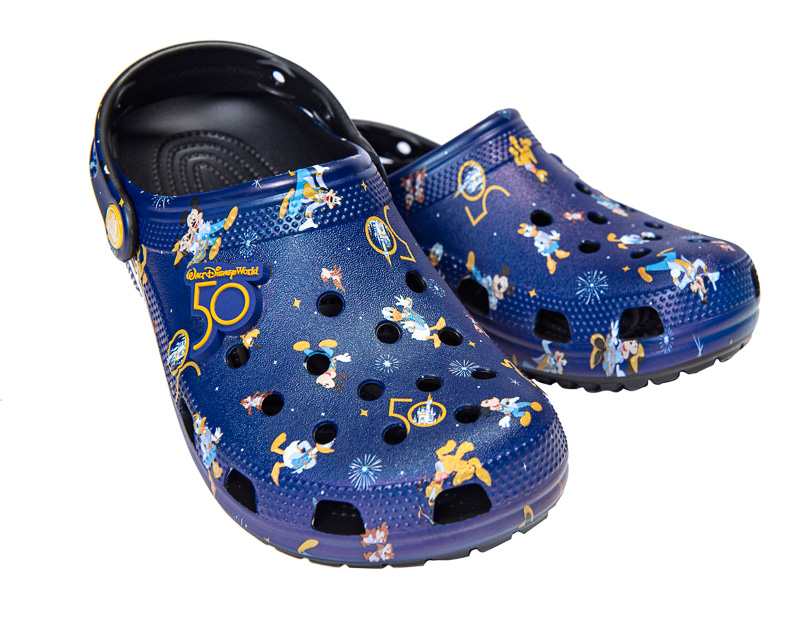 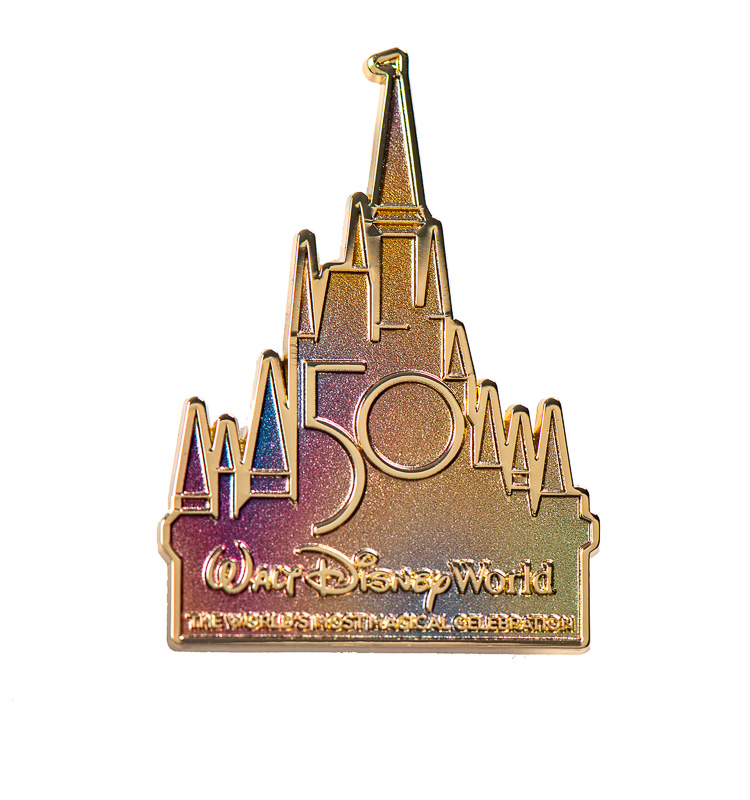 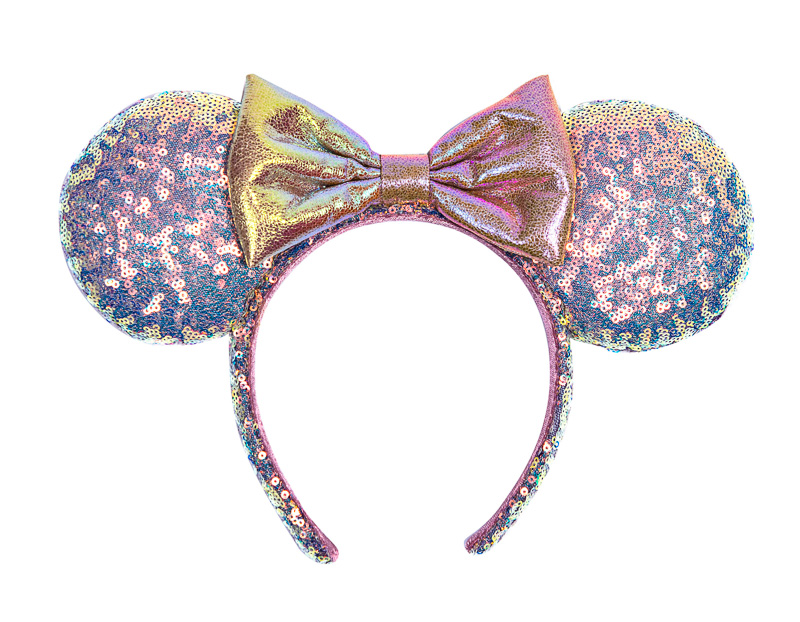 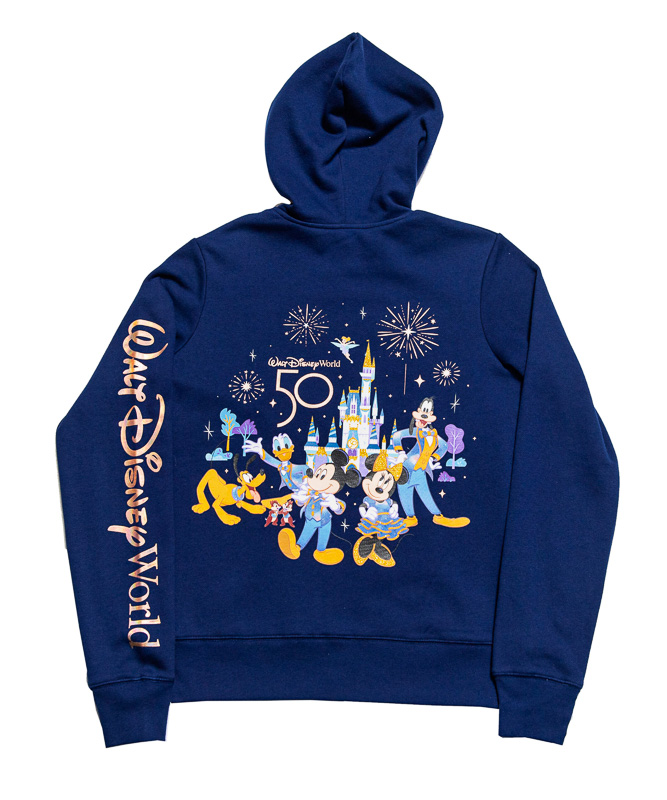 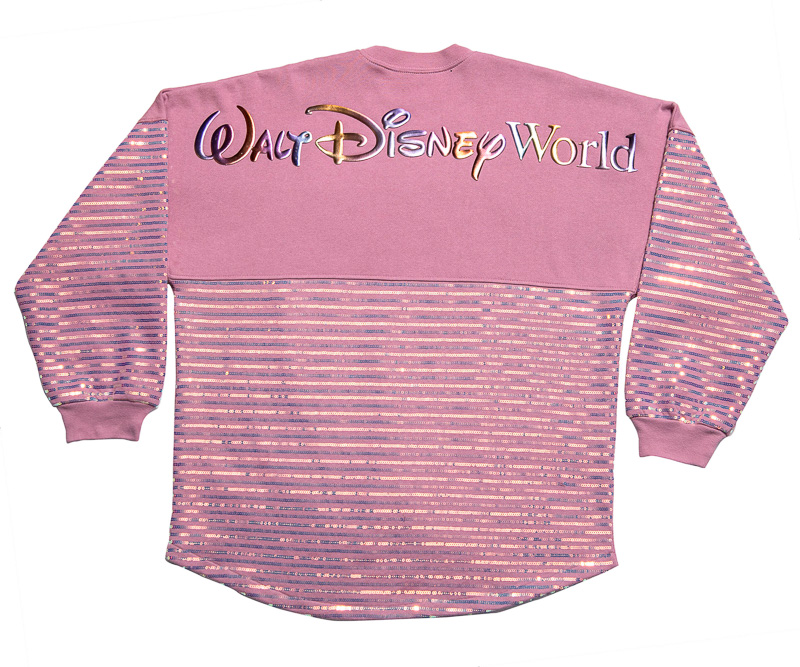 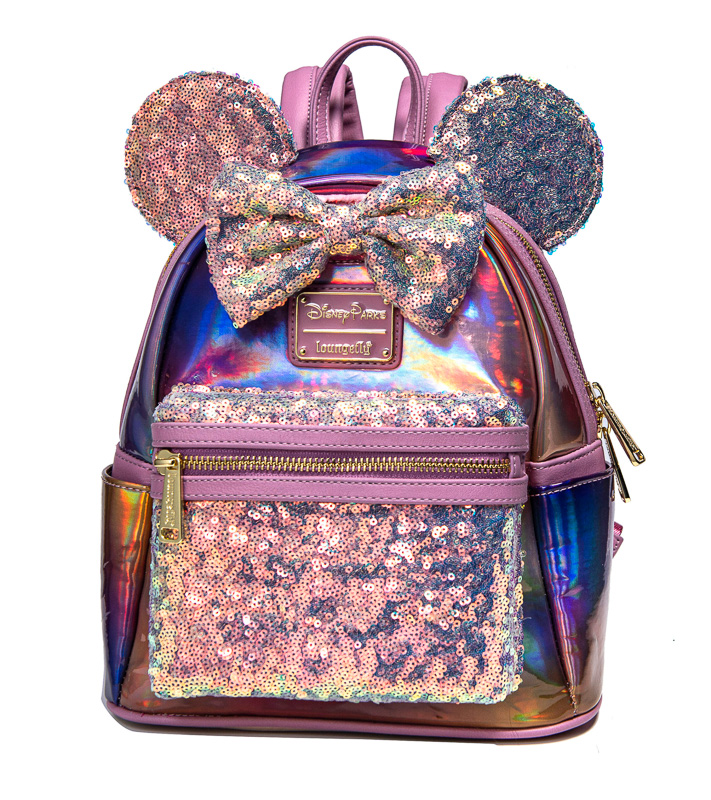 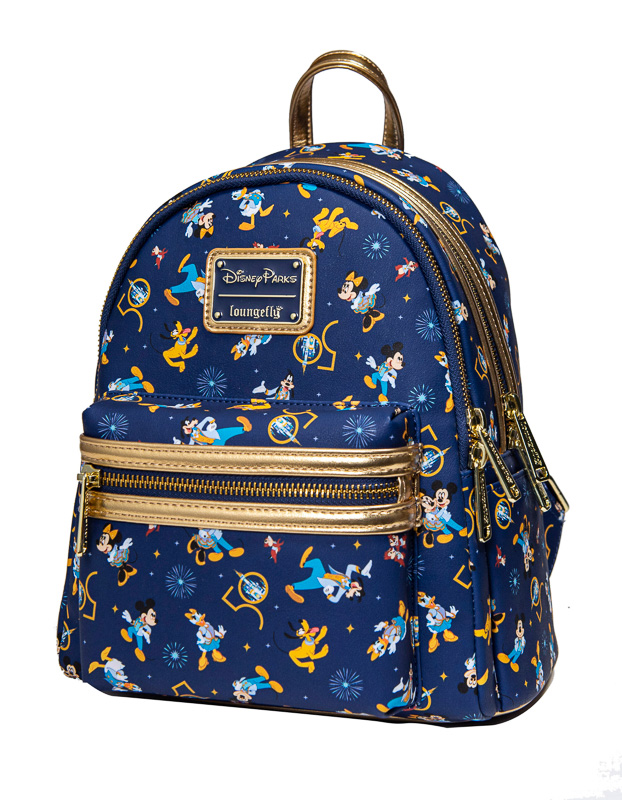 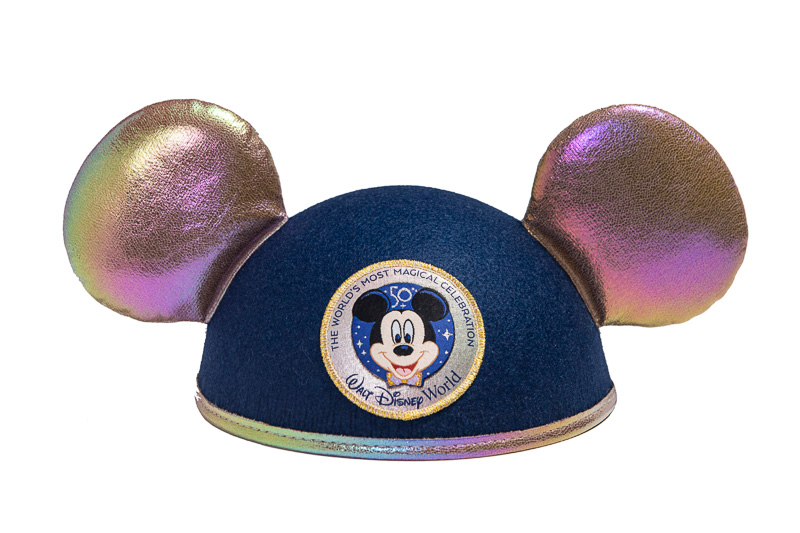 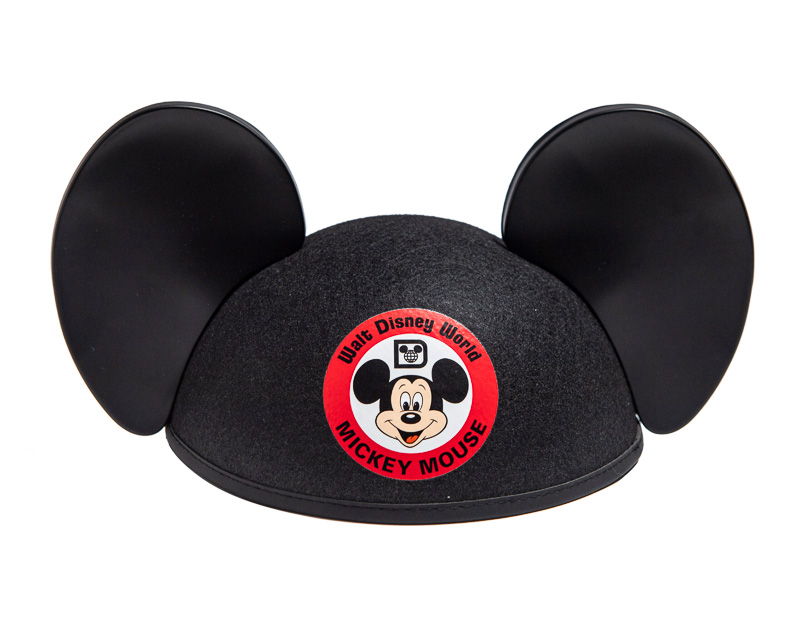 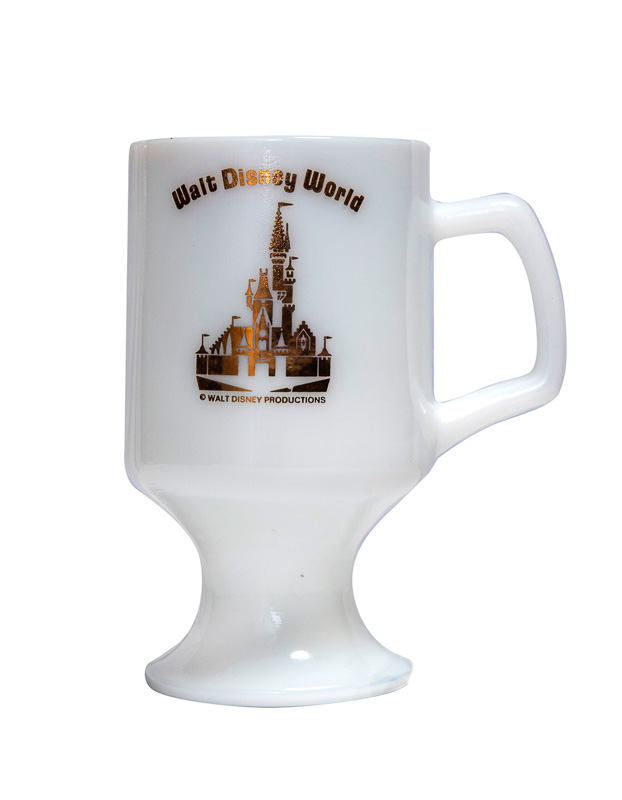 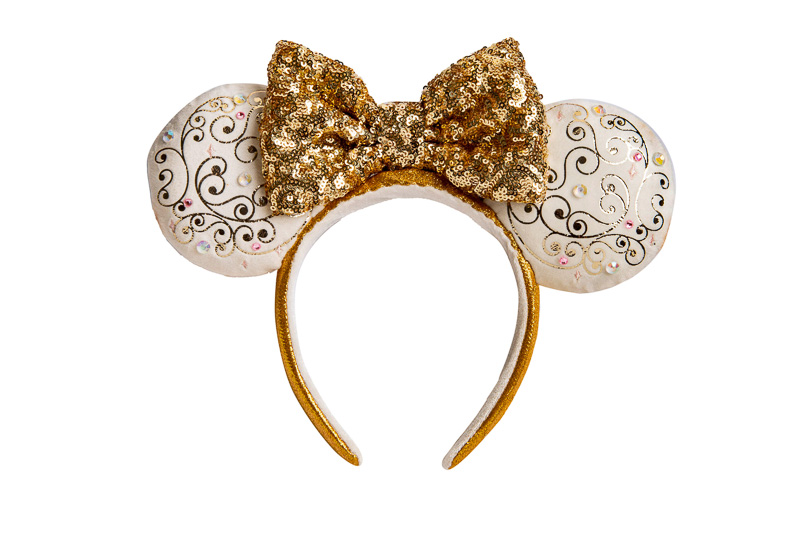 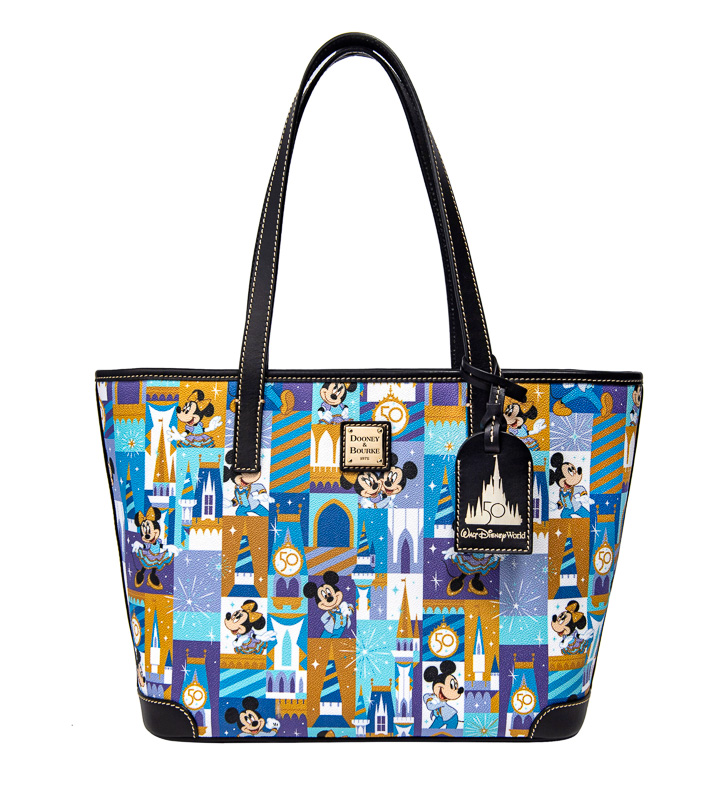 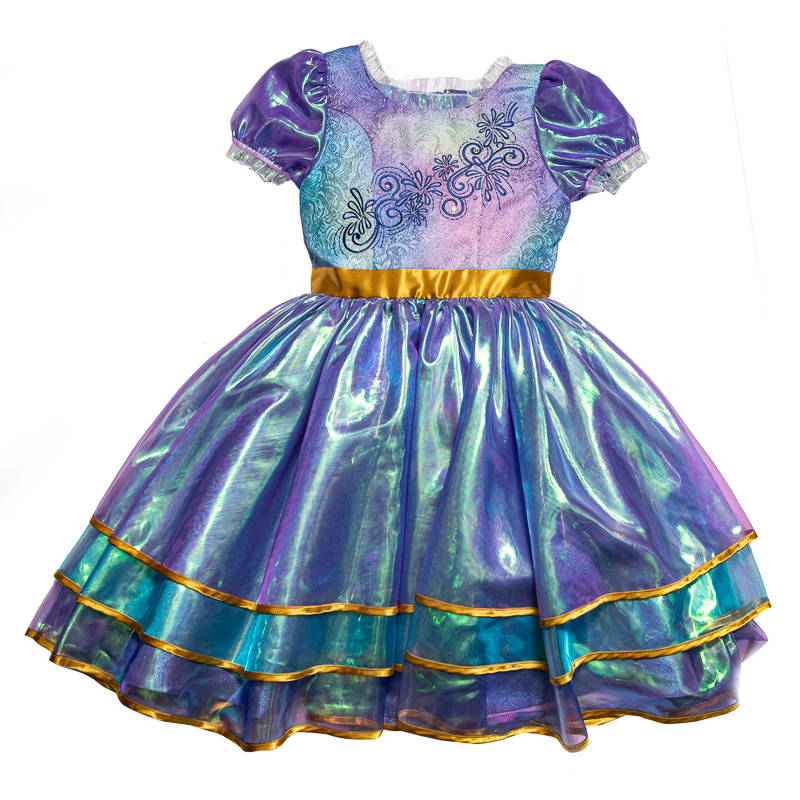 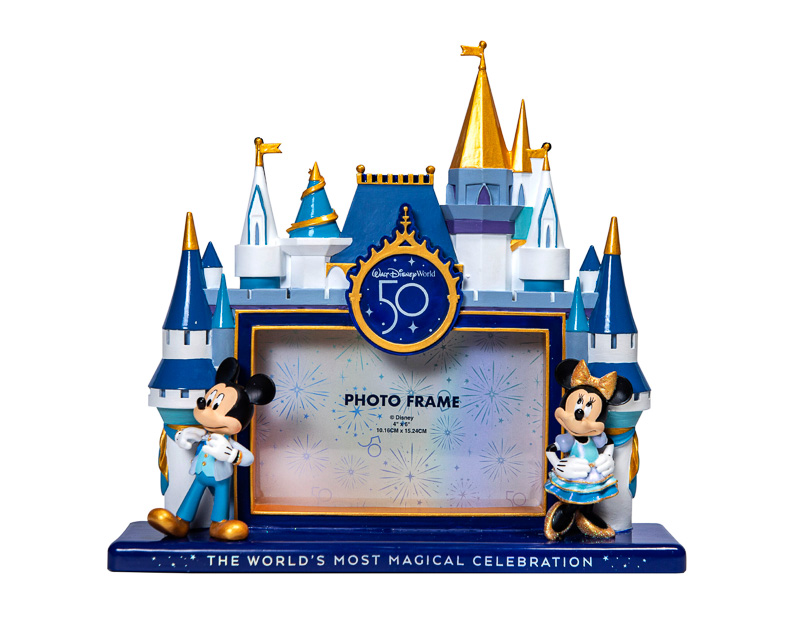 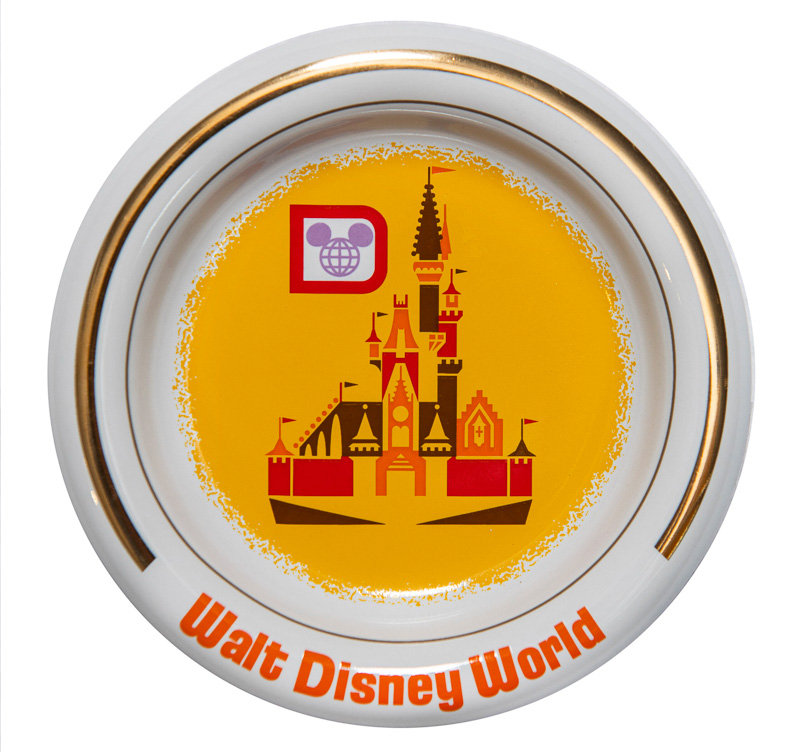 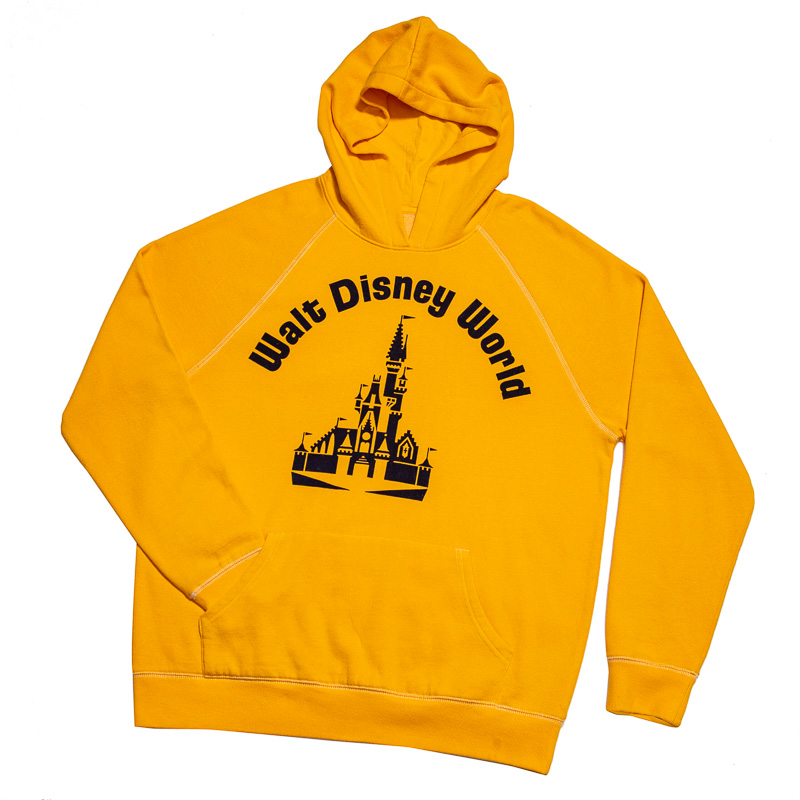 The items towards the bottom of this lineup are mostly from the Vault Collection, which is what really appeals to me.

Honestly, I like a lot of the stuff from the other collections, too. Some of it would normally be over the top for my tastes, but it’s really fun and celebratory. (The Crocs, in particular, are pretty cool. I absolutely love Crocs but think they’re inherently hideous, so a loud design doesn’t bother me in the least!) 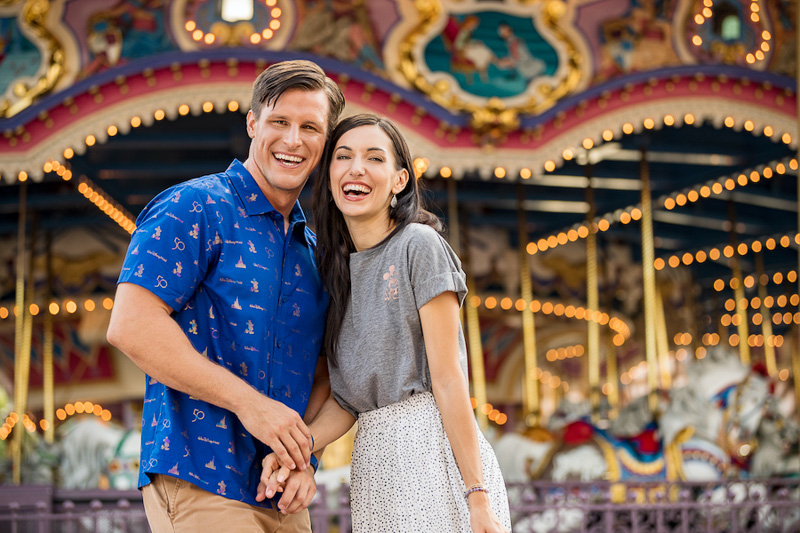 We’ve been consistently and repeatedly emphasizing how labor shortages are hindering Walt Disney World’s efforts to scale up its reopening efforts. Well, supply chain issues are very much a thing, too. Manufacturing has not scaled back up, inventory in factories is limited, and cargo ships not being allowed to unload at the ports. You’ve probably heard about some or all of this on the nightly news. 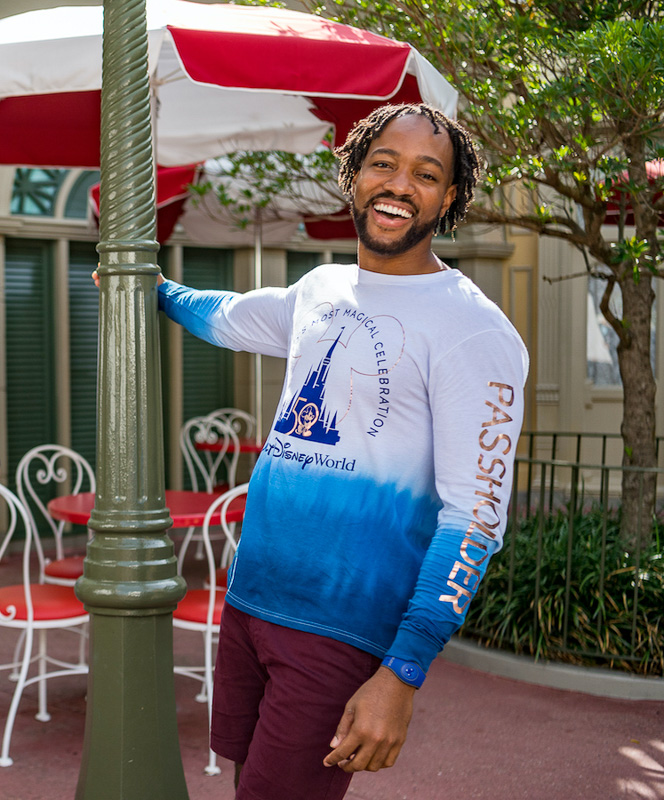 Walt Disney World has been a victim of this, and new merchandise releases have slowed to a trickle in the last several months. (So if you’re wondering why the releases are staggered into late October and November 2021, that’s almost certainly why.)

It’s a challenge just to keep shelves stocked, and Walt Disney World is currently experiencing this. Rather than unloading unpopular items at the Disney Character Warehouses, the company is retaining those items so the Emporium and other stores don’t look like Target’s toilet paper aisle, circa March 2020.

It wouldn’t surprise us if the 50th Anniversary merchandise has premium pricing, which would be easy to attribute to opportunism in Disney knowing fans will be eager to purchase souvenirs no matter the cost. That probably plays a role, but it’s also highly likely that this merchandise is costing Disney more to stock–and that inventory is more limited due to the aforementioned supply chain woes.

Accordingly, Disney might be okay with this merchandise selling slightly slower. It would be a “bad look” if things sell out the first week of October and cannot be restocked for months. That’s all speculative, but certainly not unprecedented–it’s happening with retail and products all over the place right now. 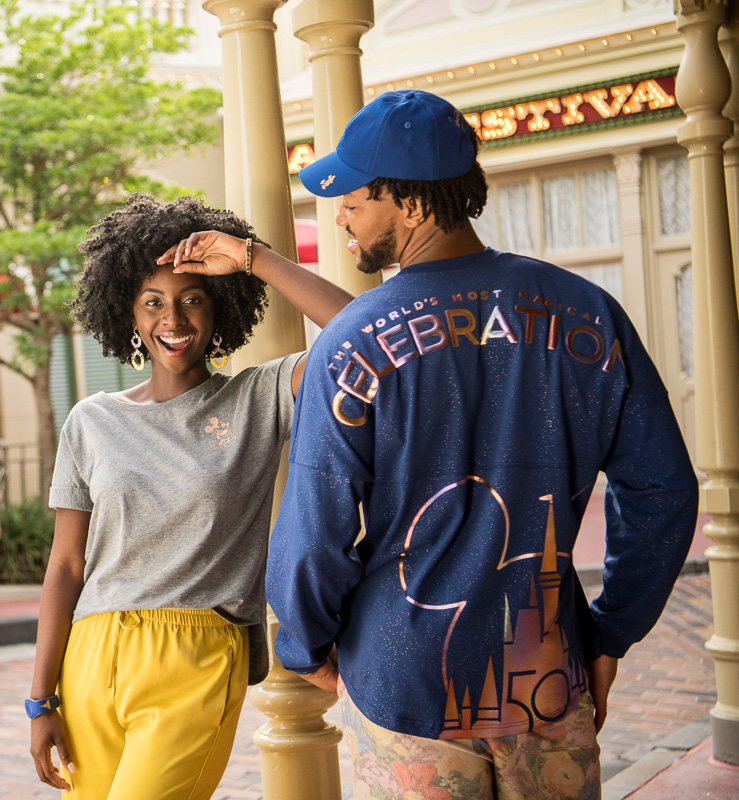 Ultimately, I’m just really excited to see sneak peeks of so many items in this Walt Disney World 50th Anniversary merchandise preview. I am very heartened by Disney having multiple lines with something that will appeal to pretty much everyone. I’m also optimistic this just scratches the surface of what will be released during the next 20 months, especially as supply chains start to normalize and more can be released.

A lot of this doesn’t appeal to me at all, but that’s absolutely fine. At best, only 10% of Walt Disney World merchandise ever does! “Different strokes for different folks.” What’s exciting about this is the variety, and the concerted effort to cater to a wide variety of fans, age groups, and tastes. I have nothing against color trends–while they’re not for me, I recognize that they are valuable in broadening Walt Disney World’s appeal with younger demographics. I’m just very glad the World’s Most Magical Celebration merchandise is not only those color trends. Kudos to Walt Disney World and the design team–can’t wait to see what else they come up with in the months and year-plus to come!

What do you think of the Walt Disney World 50th Anniversary merchandise collections? Do you have a favorite line of products? A standout souvenir? Optimistic that even more great items are on the horizon once supply chains normalize next year? Do you agree or disagree with my assessment? Any questions we can help you answer? Hearing your feedback—even when you disagree with us—is both interesting to us and helpful to other readers, so please share your thoughts below in the comments!