Another November is upon us, which means it’s Christmas season at Walt Disney World. Below you’ll find a brief overview of what to expect this year, with an emphasis placed on what is new for 2011 Christmas Walt Disney World trips! 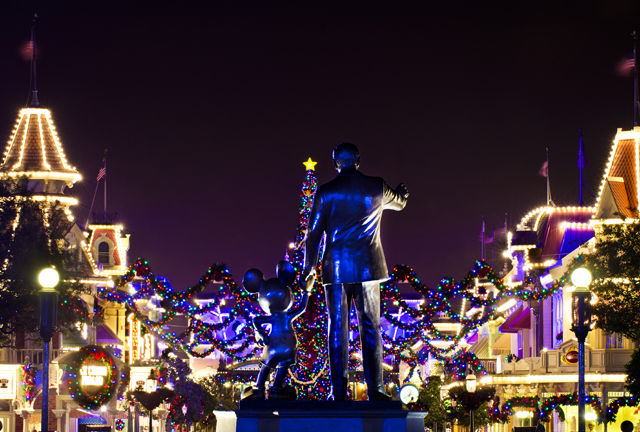 Mickey’s Very Merry Christmas Party — This after-hours party featuring all things Christmas will set you back around $60 per person in your party, but it’s definitely worth experiencing at least once. Offerings during the party include: 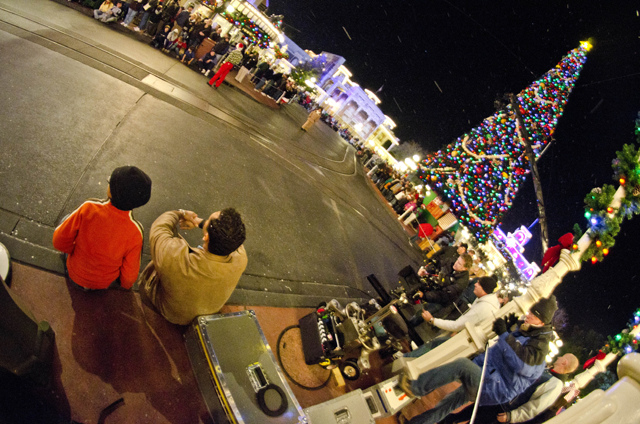 Castle Dream Lights — November 4 through Jan. 3, 2012, in a show beginning at dusk, Cinderella’s Holiday Wish will turn on these beautiful icicle lights (no, they’re nothing like the tacky ones your neighbors have hanging from their gutters!) adorning Cinderella Castle. 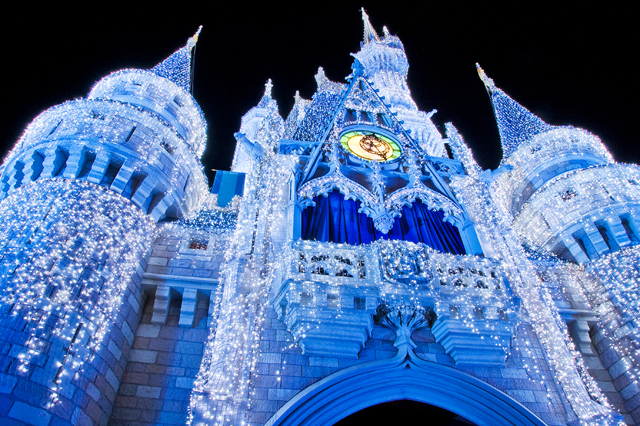 The Magic, The Memories and You! — The nightly light show on Cinderella Castle gets plussed for Christmas with a special segment that wraps the Magic Kingdom landmark in colorful bows and boughs, gift paper and ribbons, ornaments, candy stripes, strands of lights, gingerbread…and Castle Cake?! 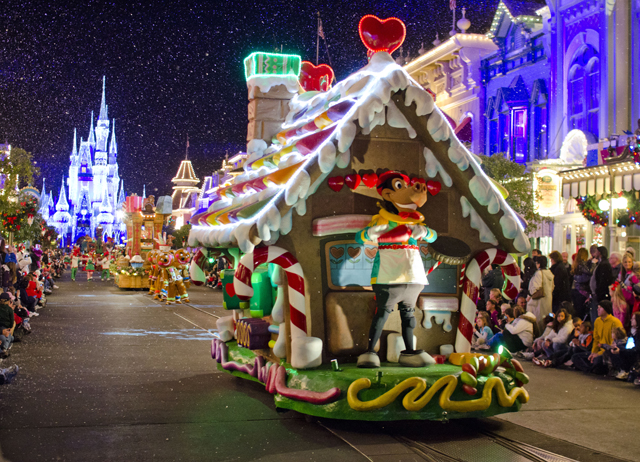 ‘Joyful! A Gospel Celebration of the Season’ – Joyful will perform on the Fountain of Nations Stage for the third straight year from the end of November until the end of December. Showtimes are daily at 1:15pm, 2:15pm, 3:15pm and 4:15pm. A fun show, but not an adequate replacement for the gorgeous Lights of Winter that were deemed obsolete in 2009.

Holiday Storytellers – Throughout World Showcase, international storytellers share traditions and tales from their homeland. Most of these take the form of Santa Claus (or their country’s variant thereof) and describe what happens on Christmas Eve and Christmas in their country. In addition to the Santas, representatives describe the celebrations of Kwanzaa and Hanukkah.

Illuminations: Reflections of Earth Holiday Tag – Everyone loves fireworks, especially when they’re accompanied by a score as great as that of Illuminations. The pyro department kicks it into high gear during the Christmas season as the explosive holiday finale, narrated by Walter Cronkite ends the show with a bang. 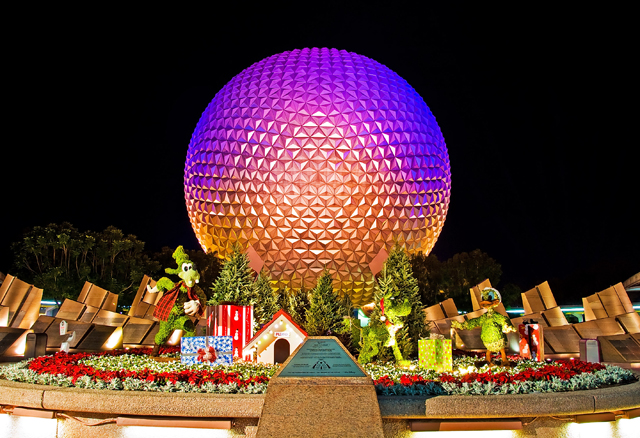 The Osborne Family Spectacle of Dancing Lights — 2011 is the first year for the Osborne Lights post Jennings Osborne (the man who originally created the display in 1986 in Arkansas as a Christmas gift to his daughter). Entering the Hollywood Studios backlot on the Streets of America, guests discover a virtual city of lights. On, over and among the cityscape buildings are millions of dazzling bulbs, dancing lights and animated displays synchronized to high-energy holiday tunes at Disney’s Hollywood Studios November 10 through Jan. 7, 2012. For 2011, several enhancements have been made to the lights: including updates to the light canopy, color-changing buildings, and added use of 3-D technology and window snow-fall. 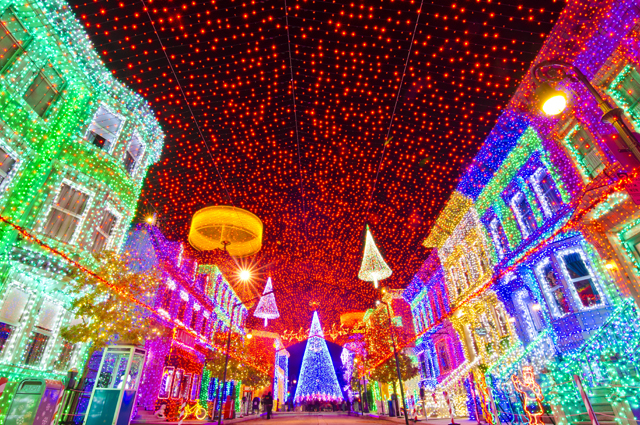 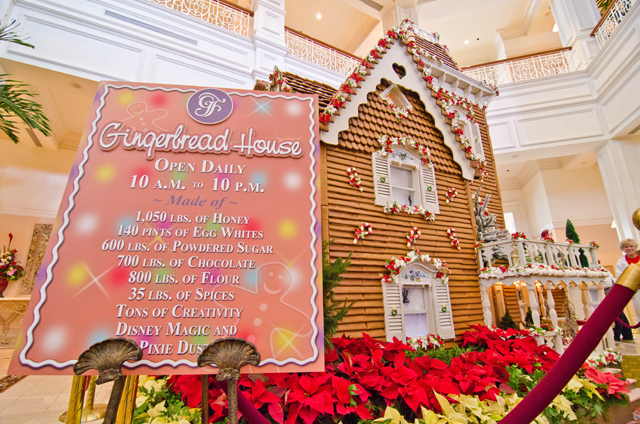 Highlights include the Deluxe Resorts (Grand Floridian, Wilderness Lodge, Animal Kingdom Lodge, Beach Club, BoardWalk, etc.) but other hotels are spruced up with wreaths and trees decorated with miles of garland, ribbon and glistening ornaments. Custom-made “edible” decorations at the resorts change yearly. Make sure to take our free self-guided resort tour to see all of the best decorations!