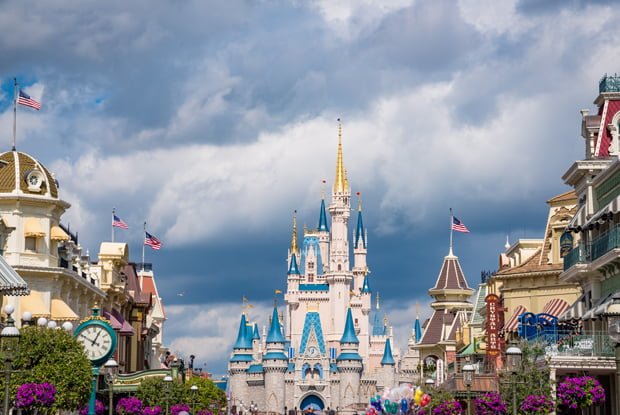 Under this offer, Disney would also distribute the $1,000 bonus it had previously denied to union employees. In exchange, unionized Cast Members would have to agree to a number of concessions, including several reducing their ability to receive overtime pay, plus transfer procedures, grievance and disciplinary protocol, and scheduling policies.

Some union leaders called this proposal “dead on arrival” as it undid protections that union workers have bargained-for over the course of the last 40 years. This offer follows a year of tense negotiations between Cast Member unions and Disney, and is (perhaps?) a sign that the chasm between the two sides is finally starting to be bridged.

In this post, we’ll editorialize a bit, wading into the controversial waters of this ongoing dispute between the Walt Disney Company and its Cast Members… 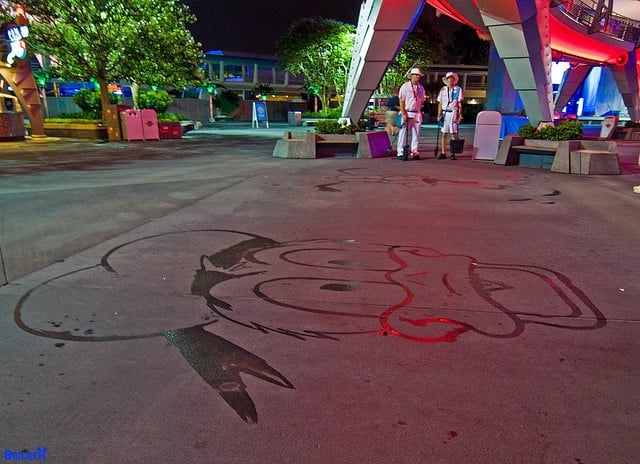 This has been a topic of discussion on social media for a while, and also one that has recently popped up in the comments section here a few times. I’ve been surprised at the number of people who are averse to Walt Disney World increasing Cast Member wages.

From what I can surmise, the biggest opposition is a result of guests not wanting to bear the costs of these increased wages. While it’s certainly possible that Disney would try to pass on some of those costs to consumers, it’s erroneous to assume that Disney prices are predicated upon its costs.

This is demonstrably false. Disney charges what the market will bear, increasing prices on an annual basis not at the rate of inflation or because its costs are increasing at a commensurate level, but because they can. Walt Disney World is an extremely savvy and sophisticated business–they are going to maximize profits to the greatest degree economically feasible. It’s not as if they are “holding back” and prices will really skyrocket if Cast Member wages go up. If Disney could further skyrocket prices, that will happen irrespective of Cast Member wages.

Others oppose higher wages from the oddly ideological perspective that Cast Members all work entry level jobs meant for high schoolers, and thus they don’t deserve more money. That’s an interesting position given that Walt Disney World is the largest single-site employer in the United States, and given that the service and tourism sectors dominate Central Florida.

Unless the region is inhabited almost exclusively by high schoolers, there are necessarily adults working frontline positions at Walt Disney World. The notion that minimum wage jobs are stepping stone positions overlooks the reality that these jobs have to be filled by someone–and not just students. (Nationwide, only 12% of minimum wage jobs are filled by workers 19 years old or younger.) 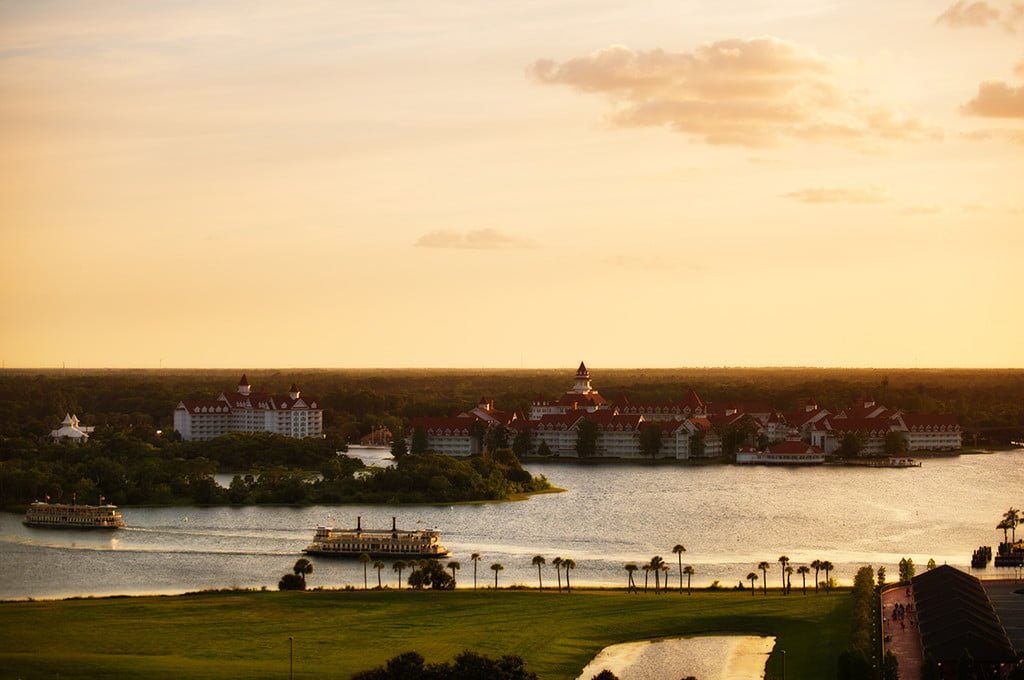 While we anticipate this being a controversial topic, it really doesn’t need to be one. Even if you’re against the concept of a living wage or are otherwise averse to wage increases for some reason, you should be in favor of this…out of selfishness.

Increasing wages means Walt Disney World can attract and retain friendly and helpful Cast Members who will in turn improve the quality of your vacation. Cast Members breathe life into Walt Disney World, and they have long been the defining element of the guest experience. (“You can design and create, and build the most wonderful place in the world. But it takes people to make the dream a reality.”)

We have been fortunate to have wonderful Cast Member interactions and encounters over the years, and I absolutely want more passionate Cast Members who are proud of the work they do, the company they do it for, and strive to make magical moments for guests. We all win if Cast Members are treated well and feel valued.

(Personally, I cringe every time someone refers to frontline Cast Members as ‘low skill’ jobs. I’ve seen Cast Members keep their cool as irate guests berate them for attractions being down, long wait times, and other inconveniences wholly outside their control. The ability to be restrained and helpful in these situations is most certainly a valuable skill–and one I don’t possess.) 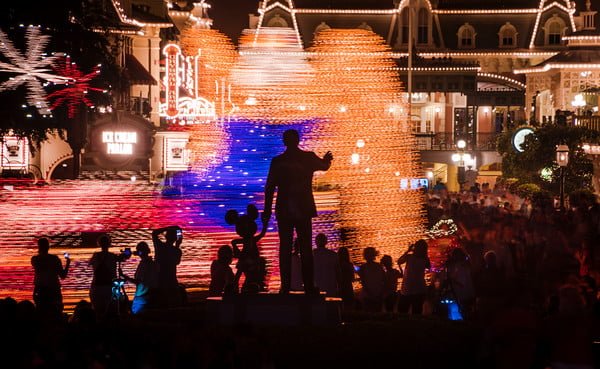 With this offer, we wonder to what extent Disney realizes wage increases the writing is on the wall for higher wages. At some point, increasing wages will be a strict necessity to attract more workers in the next few years. With several new hotels, theme park attractions & lands, restaurants, and more opening between now and 2021, Walt Disney World is going to create thousands of new positions via expansion.

Given that Walt Disney World isn’t the only theme park complex in Central Florida that is currently in expansion mode, they will have to compete in an already tight labor market for a limited supply of workers. Maybe Walt Disney World wouldn’t hit $15/hour by 2021 out of necessity, but there’s no way $10/hour would cut as they seek to fill new roles while competing with other local employers.

Even if there is a slightly accelerated rate of automation spurred by the wage increases (some amount of automation is happening regardless), the impact of that automation is pretty much a moot point given the currently-unfilled positions and jobs that will be created in the next several years.

Offering a guarantee of wage increases today that might be necessary by 2021 gives Disney the chance to at least extract some concessions out of union workers. It seems to us that the approach here is to lead with straightforward wage growth that is tangible and easy to understand, and behind that place the costs, which are nebulous and difficult to quantity.

The elimination of some types of overtime is certainly quantifiable by those who are paid it in some circumstances now but wouldn’t receive the added pay going forward, but precise numbers are not readily ascertainable and consistent among workers. For some, this would be a huge concession; for others, it would be no loss at all.

In reviewing the other trade-offs, it appears that the underlying impetus for almost every single move is to weaken the union and the protections it can offer members. The company has regularly tried to use the carrot of monetary incentives–knowing most of its workers are living paycheck to paycheck and need that money–to leverage concessions out of workers. For once, the workers have the position of strength, and Disney is not used to negotiating from such a position.

Ultimately, we think it’s good to see Disney finally come to the table with an offer that’s fair in terms of wages. Frankly, we’re surprised that it’s taken so long. The national headlines made earlier this year in Los Angeles Times and New York Times articles about employees of Disney’s theme parks who live in poverty didn’t exactly paint the “family-friendly” company in the best light. Making a splashy announcement about Disney’s commitment to its Cast Members and increasing their wages would earn the company some goodwill. From our view, it would also be the right thing to do, and would make us feel a bit better (even if we know they’re unrelated) about the nonstop barrage of up-charges and price increases at Walt Disney World.

Any thoughts to add about Cast Member wages at Walt Disney World? Any questions we can help you answer? Hearing feedback about your experiences is both interesting to us and helpful to other readers, so please share your thoughts below in the comments!